Fast and messy Wolfenstein-ish retro FPS Project Warlock is out now. First from Buckshot Software and a temporary GOG exclusive, this is an old-school FPS that takes inspiration from a lot of genre peers, but primarily Doom. Big swarms of expendable monsters, a booming double-barrel shotgun and maze-like levels packed with secret areas. Set across five shareware-inspired worlds with a new look and set of enemies in each, it's pleasantly nostalgic but backed up with some nice modern-day lighting and particle effects. Below, the launch trailer.

While I've not had the chance to play it myself (it's high on my weekend to-do list - I am the retro FPS guy, after all), I've had half an eye on speedrunner, retro FPS fan and streamer Draqu this afternoon as he runs through it. While my impressions are second-hand, the game does look very fast and arcadey - more Doom than Wolfenstein 3D, with projectiles you can strafe around. Early levels start out claustrophobic, but maps open up as you pick up more guns, and enemy swarms get larger with each successive episode.

Interestingly, the adherence to Wolfenstein's grid-like level layout lessens over time as well. There's the occasional complex 3D object in the world or room that isn't built of perfectly 2 meter cube blocks. It's a stylistic choice, rather than a hard limitation, which lets the developer play around a bit during setpiece battles and end-of-world boss fights. It's also a proper 3D FPS, with vertical aiming required in some areas.  While outwardly retro and limited in colour palette, this is far more modern design than it might first appear.

The guns look genuinely fun to use. Loud, and even smaller weapons are capable of exploding enemies into their component pieces. There's lots of them - around 14 basic types, but with an upgrade system giving them new forms and attacks, adding up to 38 different weapons (say the devs) plus 8 spells. There's also some light RPG elements letting you pick character perks and level up stats over time, but you'll mostly just be strafing around fireballs and relying on your guns. Bonus points for the default starting weapon - an axe - looking very powerful, though. 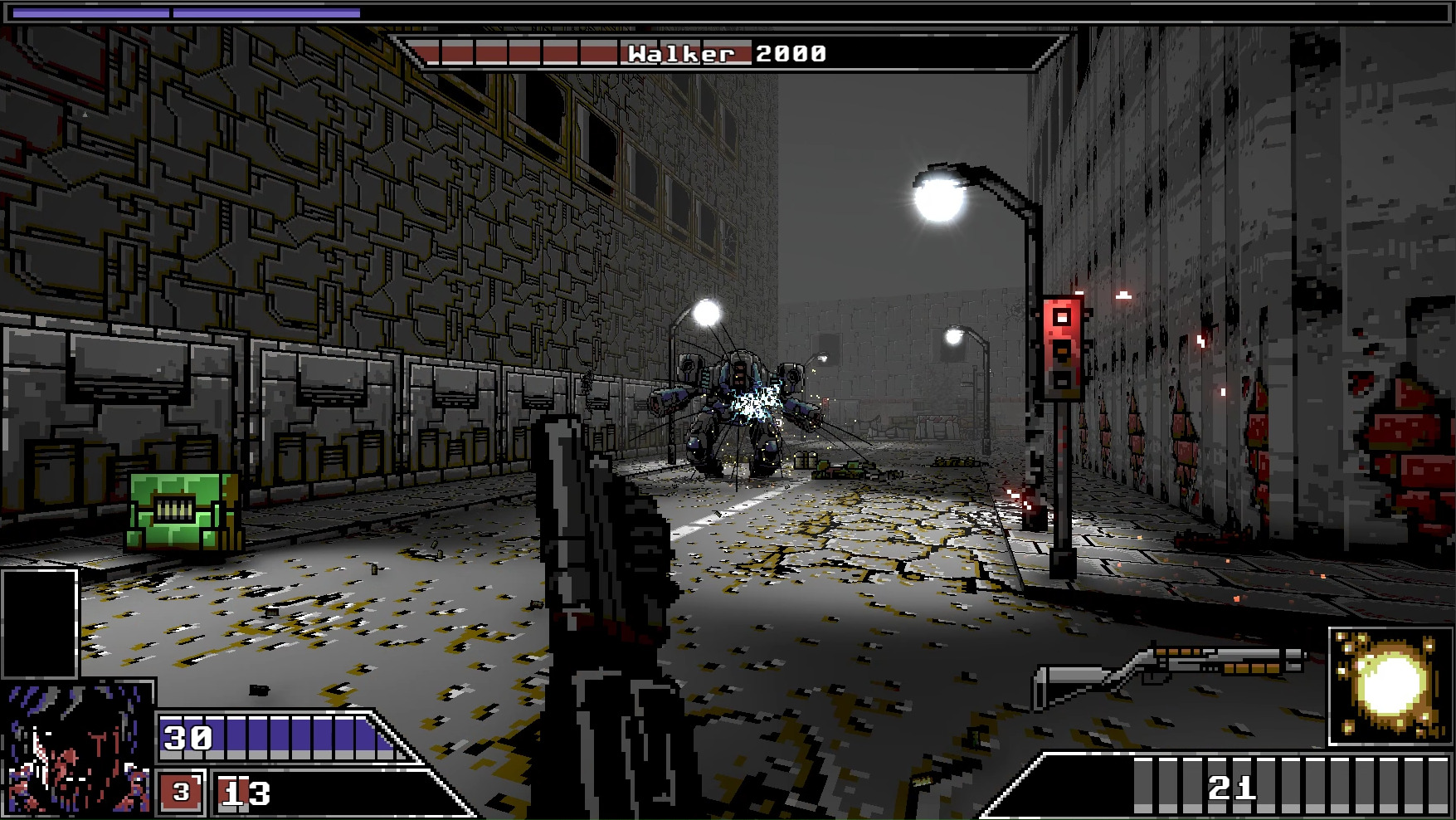 From what I've watched of the game so far, my only real concern is the music. It's decent, but just kinda there. No real toe-tappers in this soundtrack. Oh, and those worried about the density of corny one-liners in the trailer above, it's not representative of the game itself. The grumpy little guy in the bottom-left of the screen remains stoically quiet most of the time.