The designer of Shardlight and Lamplight City will return to Lamplight's steampunk-ish alternate world in his next adventure game, with a rootin' tootin' twist. Francisco González of Grundislav Games yesterday announced Rosewater, a western click 'em up. Rosewater is set a few years after Lamplight and, clearly, is out in some dusty hinterlands rather than a bustling city. González is playing his cards close to his chest at this point, not revealing much, but isn't it enough to know he's adventuring again?

González describes Rosewater simply as "a Western drama adventure set in the world of Lamplight City." From that ↑ screenshot, I'd guess we ain't from 'round these parts. That's it.

He does note on Twitter that he "just started working on it full time in January" so the launch is "probably not for a good while." He added that it might be "hopefully within the next year and a half." So by the end of 2020, maybe? 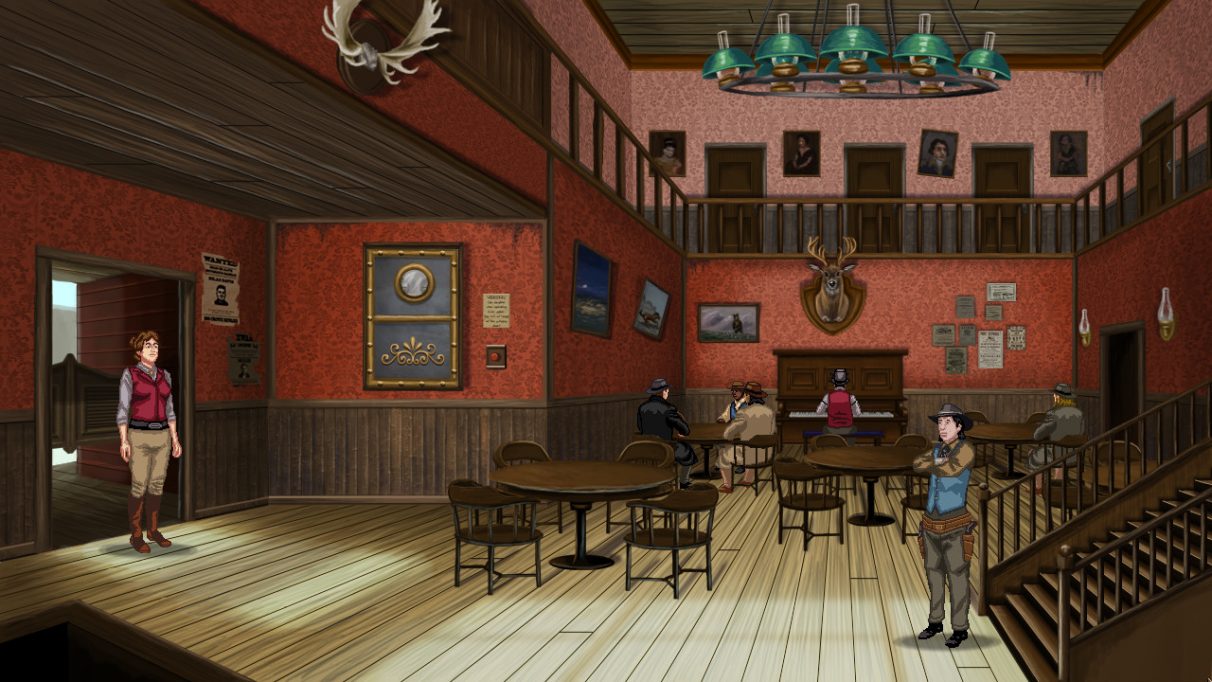 Characters will be rotoscoped again, he says. And he does hint that he is "looking forward to bringing back a character from Lamplight City who would fit into the prospector life amusingly well."

González had worked with famed adventure game developers and publishers Wadjet Eye Games, making Shardlight with them, but split in 2016 to go his own way from Lamplight onwards. Shardlight was a right good'un.