I'll be the first to cop to it: we messed up. We goofed. You come to RPS for the latest and greatest Fortnite Battle Royale info. All the Fortnite tricks and tips, the Fortnite patch notes, Fortnite 10 Things You Didn't Knows. Fortnite and RPS are inseparably linked in your minds. We're your first port of call for all things Fortnite. This much is clear.

But we let you down. We've covered the most high profile new modes for the ‘nite, Forters, EffEnn seasons, the tie-ins with upcoming films like John Wick 3 and Marvel: The Thanos Returns, but just didn't lavish the same care on the other movie-based play spaces. They're based on recent independent films or streaming only releases, so have less immediate name recognition.

Sometimes you can’t just build your entire website around impressions and uniques. We've learned out lesson, so I thought I'd make up for our abundant oversight in one go by writing up my impressions of the modes we've yet to cover. As an extra treat, I've also highlighted three of the upcoming tie-ins which will be available in the next couple of years. I had to engage in corporate espionage and do some hacking using computers and code and numbers to uncover them.

I loved the main conceit of the mode: 50 players having to find and kill the one of the other 50 who is their exact duplicate, and then stand together holding hands in one big line in order to win. But I didn't spend nearly £6,000 on VBucks just to get stuck wearing a red jumpsuit. 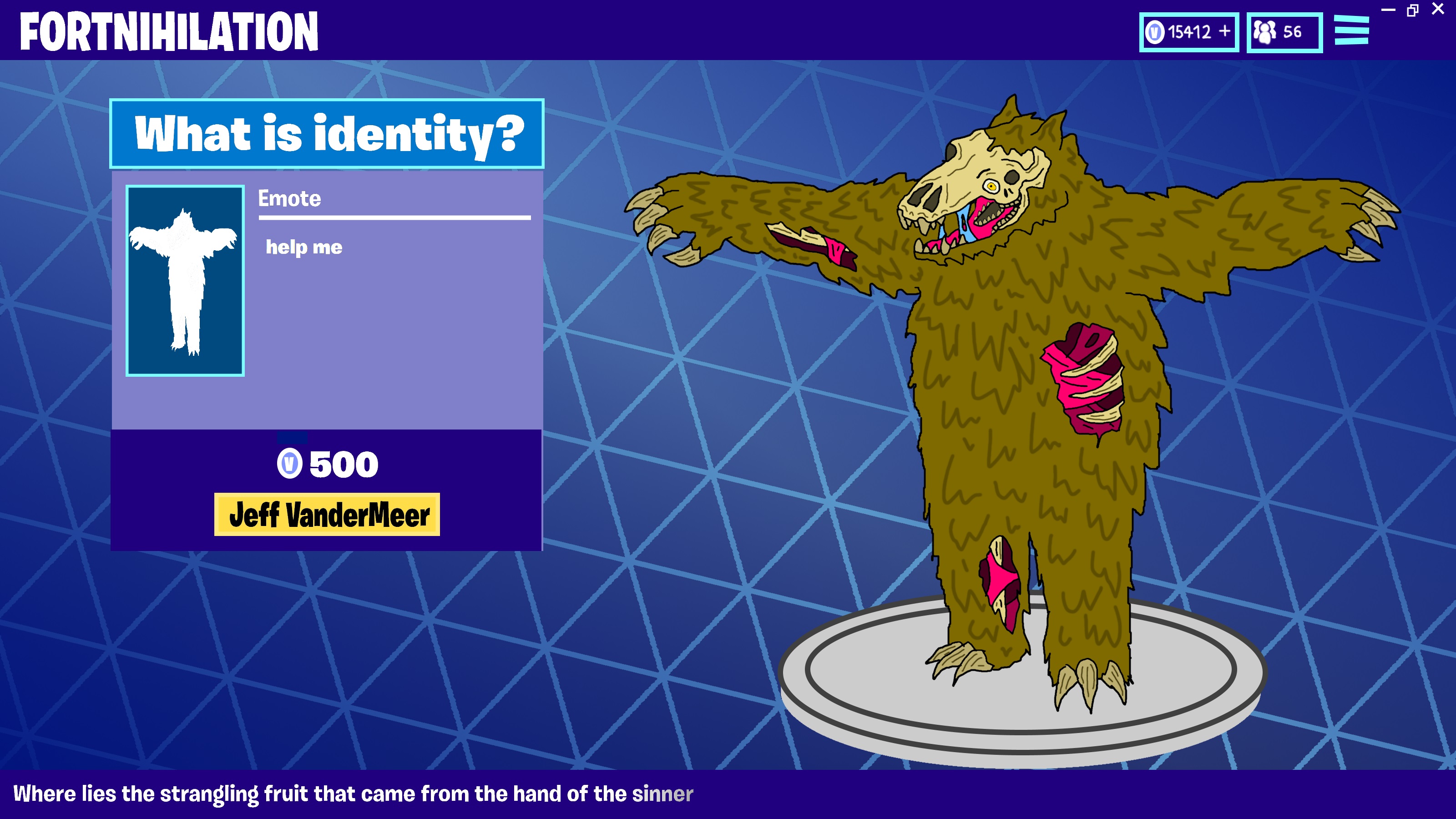 Fighting With My Family

You’d have thought dropping 100 potential wrestlers into the WWE training centre and putting them through a gruelling exercise regimen would have leaned on a more combat-focused interactive loop, but I really appreciated that the conflict is expressed elsewhere. Making players struggle to express their individuality, while also conforming to the perceived expectations of a monopolistic corporation, was both refreshing to play and a perfect fit for Fortnite. The mode is as much about getting over the physical obstacles as putting yourself in a skin you think would be more suitable.

I do think they missed a trick not having The Rock as a playable character in more of it.

Sorry To Bother You

I expected a pretty straightforward retelling of the film’s plot but for some reason when you boot it up the client immediately crashes. I don’t get it. Maybe Epic only kept in parts of the film which weren’t inherently pro-unionisation?

Rather than try to condense the film down to one specific component, Epic developed a series of WarioWare style mini-games. The following is a list of them in order of my least to most preferred: 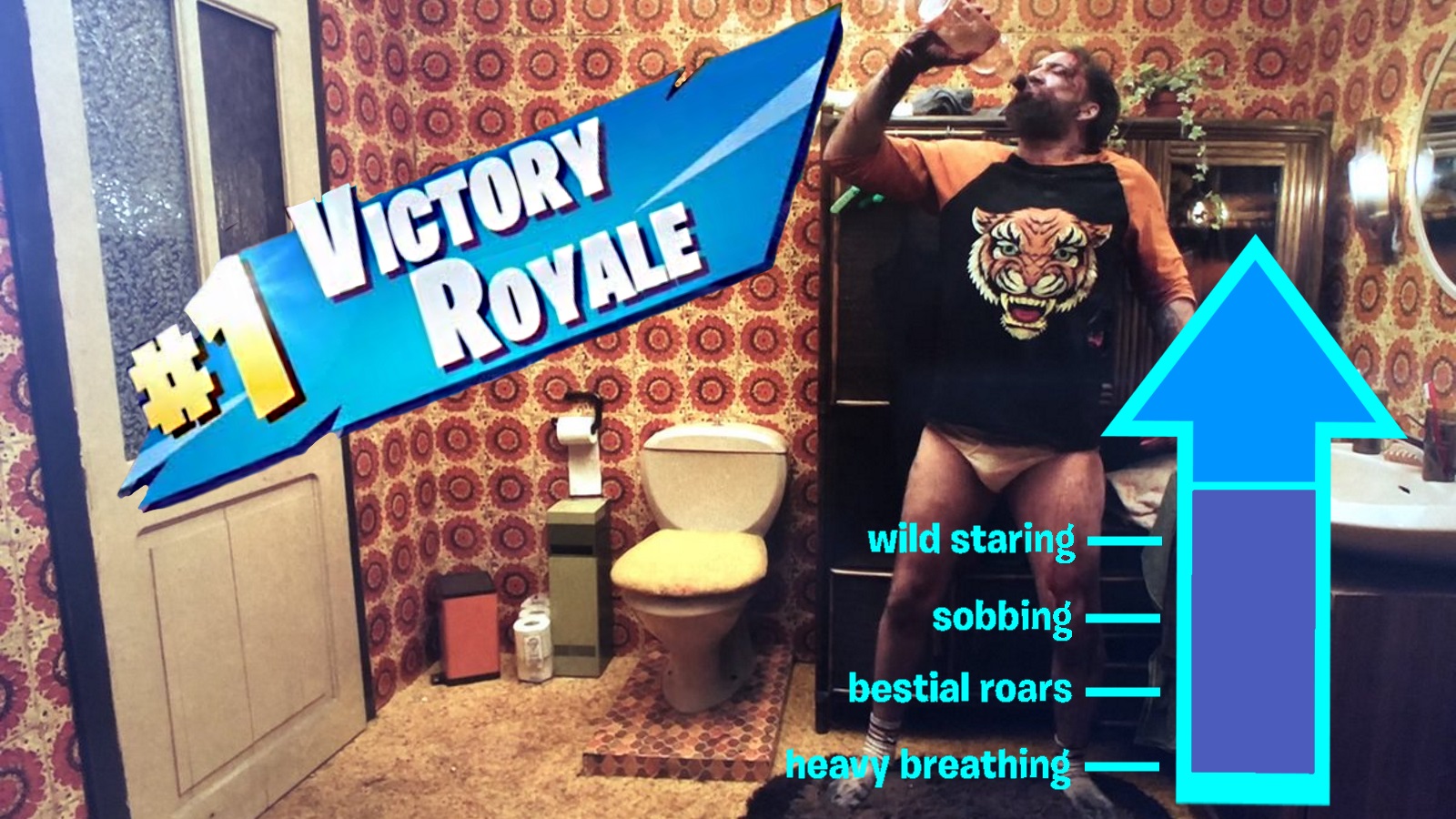 Think my client was bugged? Just a black screen??

Think my client was bugged? Couldn’t hear anything??

Utterly groundbreaking. Truly incredible. Never thought I’d live to see this. It marks the first time that the popular "Pikachu" character has ever been in a video game.

What is identity? How much of ourselves is a reflection of our surroundings? Are we echoes of the things done to us and do other people exist as more than just the things we do to them? How will we ever know what our true self is? Can we stop being ourselves? When?

The answer to all of the above is "I blew myself up with a phosphorus grenade."

I didn’t actually play this one, because 99 Seth Rogans attempting to gain the romantic attention of a single Charlize Theron is already the experience of every hetero kink meetup I’ve ever attended. 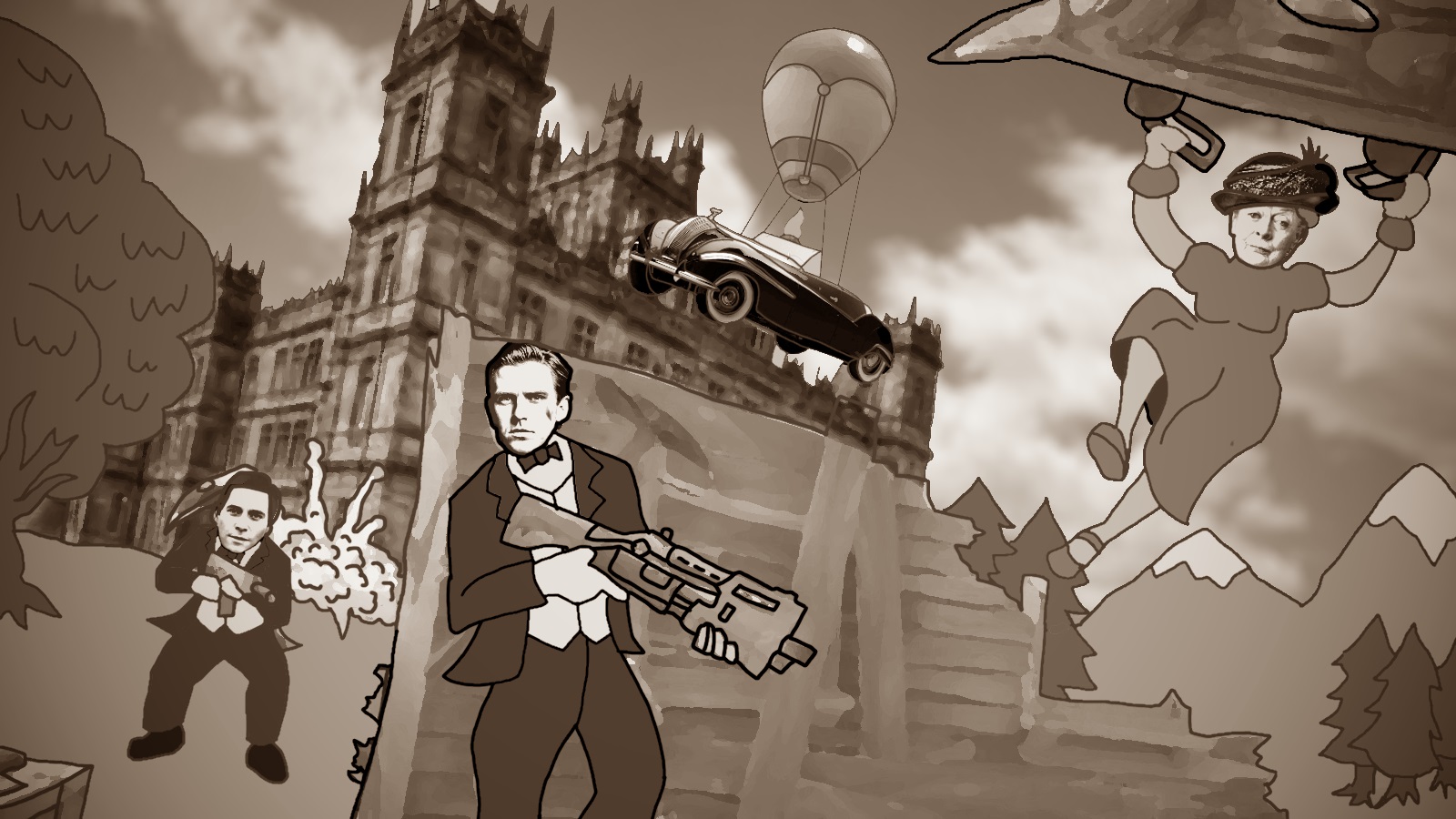 We would be further remiss in our duty if we failed to inform you on the tie-ins yet to be. The below don't have release dates, but are my favourite from what's upcoming and rumoured in future seasons. One of them has appeared in store already, one I got direct from Tim Sweeney in exchange for a chocolate hobnob and a promise to not tell anyone so please don't tell him I told, and one I got from hacking (Tim turned away from his open laptop whilst engrossed in sucking the chocolate off the hobnob, and has all his passwords saved).

In the aftermath of the Titanic disaster, 100 identical Matthew Crawleys inherit the Grantham Earlship and are whisked away from their life as a working class doctor to maintain the standing of Downton Abbey in a near endless gauntlet of formal dinners. Can you wear the right shoes? Will you explain to the dowager countess what a weekend is?

You wake up in a world where the Battle Royale genre has yet to be invented. How quickly can you iterate on someone else’s idea with very little imagination for immense overnight fame and profit?