The Rusty Lake universe absolutely fascinates me. Consisting of nine free room escape oddities, and three longer premium puzzling adventures, each adds clues and confusion to a deeply creepy and unsettling mystery surrounding the eponymous lake. With the recent release of the superb Rusty Lake Paradise, I wanted to speak to the two-man development team to find out how it got started, where it's going, and how they've managed to keep going while making so many properly free games. So I did.

Rusty Lake, the developer name as well as the title of the gaming universe, have been making these games since 2014, so it's fair to say that while short, they're extremely prolific. If you've played any, and you really should, you'll know there's a strong Twin Peaks influence, though Rusty Lake is set in its own independently weird and unnerving world. They don't rely on BOO! type scares, but rather a nagging sense that something's deeply wrong, and some very peculiar animal-headed figures and scratchy-edged shadowy figures. And those bloody squares and cubes. So I wanted to know where it was all heading. 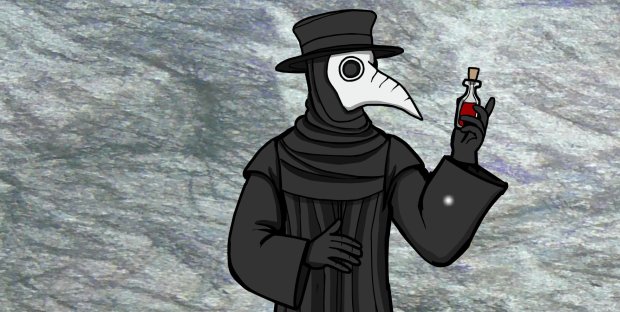 RPS: If there's one main question in my mind when I play Rusty Lake games - and there are dozens - it is: Do these guys actually know what this all means, or is it a bunch of weird ideas that they're running with to see where they go?

Rusty Lake: Yes we know what this all means, there are some main themes and storylines in the Rusty Lake universe that we want to tell using all the different games and characters. But of course we don't know in detail what the next story will be. When we launched the first two Cube Escape games - Seasons and The Lake - we never knew for how long we could keep making these games, so there was no chance of planning the whole story back then. But the most important themes and "rules of the lake" are still the same as they where in those first games. And we have to admit, sometimes we just put stuff in the games because they are fun weird ideas and we love that we can.

RPS: So what were the origins of the Lake itself? Is this an idea you'd been living with for years, or did it sort of build itself out of the Cube Escape games as you created them?

Rusty Lake: When we started Rusty Lake, we wanted it to be not just a series of games, but an imaginary place. That was also the most important Twin Peaks inspiration, which is also a place that looks like our real world, but is different. Creating a universe like Rusty Lake allowed us to make a series of games and build a very involved community.

RPS: You certainly don't hide those Lynch inspirations. Although of course for all the previous games you were remembering a 25 year old TV show. How were you affected by The Return airing, and suddenly the references being so present and updated?

Rusty Lake: It was a really fun coincidence that while we were creating the first Cube Escape games [in 2014], David Lynch announced the series was coming back after 25 years. But we have to admit we still haven't seen all the episodes of the new Twin Peaks. I guess we were too busy making Paradise. So we weren't really influenced by that, and we haven't noticed the new show changing the way people look at Rusty lake.

However a few months, after the PAX gaming show in Seattle we did go see all the original filming sites, that's how fanboy we are!

RPS: Obviously at the time of the first releases in 2015 you were tapping into the enormously popular room escape genre in mobile gaming. What was it like reaching that audience, and then weirding them the hell out?

Rusty Lake: That was also an important starting point for our games. We saw all the popular escape games, and we enjoyed playing them, but most of them lacked storytelling. We also loved playing the classic adventure games in the past, like Myst and Monkey Island. We tried to combine those two genres, making games that are as accessible as the mobile room escape games, with an interesting story and atmosphere, but without taking too much time for the storytelling.

RPS: Do you have plans to push Rusty Lake in other directions, beyond the current framework? Longer games, different formats or genres, that sort of thing?

Rusty Lake: Yes we have very exciting news about a new, different project very soon. Inspired by a TV series, we think our Rusty Lake stories and characters can translate to the TV screen very well, starring a real life Dale. There is a also a game involved and we think these two combined has never been seen before in gaming. 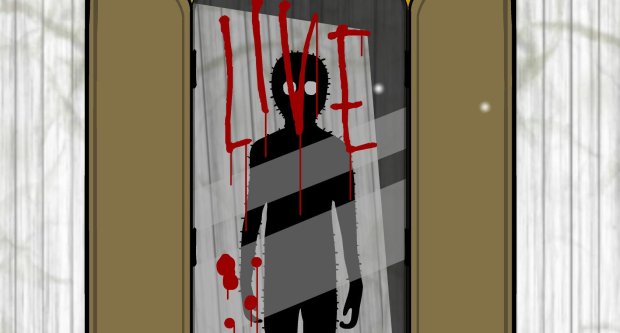 RPS: Are you saying there's a Rusty Lake TV show in the works?

Rusty Lake: It's more like a short movie project. We will announce it very soon, together with a Kickstarter campaign.

RPS: So what do you mean when you say you've not seen a project like this before in gaming?

Rusty Lake: We have seen movies that turn into and games turned to movies, but we haven't seen any project where both are really intertwined in the way we are planning to do it.

We are also planning to experiment a bit more in the next year with different styles and gameplay. But probably with shorter rather than longer games. And of course a new Cube Escape will be made as well. 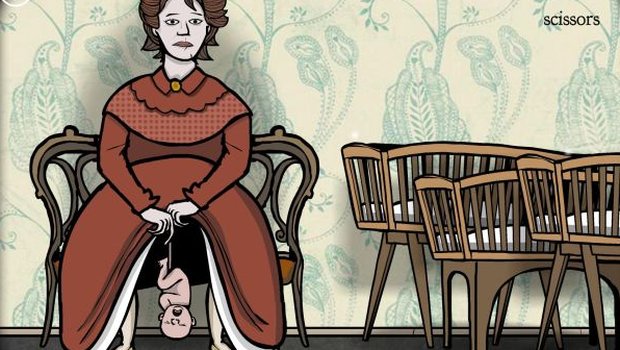 RPS: Rusty Lake already feels like a bit of a developmental experiment, releasing so many free games without the option to pay in-app, and even the premium games are incredibly low-priced. What is the thinking behind this, and is it working? Are you making enough money to keep going?

Rusty Lake: We really wanted to create a community first with our free games before trying out a premium game. We came from the web and browser gaming sites like Newgrounds and Kongregate where our games performed very well. But when we made our first steps on mobile, we knew that launching any of the Cube Escape games as a premium, we would not get the attention as we wanted. Making a free series created a need for the fans. They all started to crave the chapters. Because we are just a two-man team and have low costs we could do them all for free.

After creating seven free games, without ads or IAPs [in-app purchases] (because we feel it doesn't work), we knew we had to make a move to premium in order to survive. This resulted in Rusty Lake Hotel, our own Kickstarter-like project, which did really well for us. The success of our premium work allows us to keep creating free games, which indirectly also cross-promotes our premium work again. In the end we just want to draw in as many people to Rusty Lake as possible. 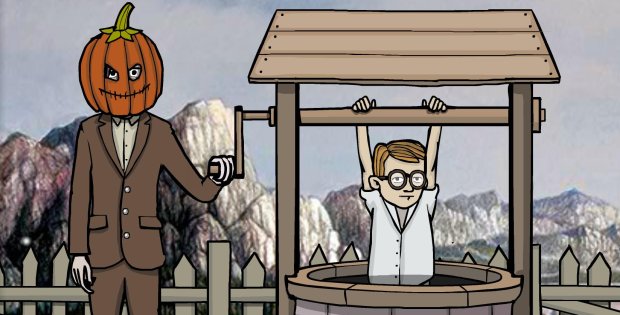 RPS: Usually developers who lead on mobile, and release PC versions, will hugely increase the PC price, both because the market will pay it, and customers will often infer lower quality from very low prices. Why have you decided not to do this, and have you seen benefits other mobile devs should know about?

Rusty Lake: We don't want to announce different prices for different platforms to our community. We know it's common to do so for PC versions, but if the effort is the same, and it is the exact same product, it doesn't feel right to increase prices just because it is a different platform. For Paradise we increased it a little, but that's more because the taxes on mobile can vary so much it costs almost one dollar nowadays. We never expected to have so much support for the PC version on platforms like Steam and Itch.io. People seem to pick it up just because it is low-priced. Maybe we found our own niche in the adventure game market?

Rusty Lake Hotel and Rusty Lake Roots are available in a bundle for £3.04, while the new game, Rusty Lake Paradise, is £2.89. The Cube Escape games are free.