Shakedown: Hawaii may be a bloodless 2D parody of Grand Theft Auto with nary a swear or drug reference in sight, but it's still a deeply cynical game from the hour or so I've played so far. Out today, it's the sequel to Retro City Rampage, developer Vblank Entertainment's earlier joke-a-minute GTA parody. This time they've traded in the pseudo-NES sprites for SNES era colour and definition, although the game's story of an '80s corporate head trying to stay relevant in the day of gamer-branded soft drinks and VR arcades is as contemporary as it gets. See the launch trailer below.

While several greyed out menus suggest that the financial juggling part of the game will become more prevalent later, the Shakedown: Hawaii I know for now is very similar to its predecessor. It's a light, playful parody of Grand Theft Auto where cops are expendable, where your wanted meter is no reason to slow your rampage on the way to the next mission, and the ammo is plentiful. A jump button allows you to bound across gaps in some levels, or off the roofs of cars in order to goomba-stomp some passing nobody in order to steal their cash. It's bright, loud and dumb.

The missions I've played so far are rapid-fire with minimal padding. No drive to an objective has been over ten seconds, give or take, and the cutscenes a short and to the point; money. Playing as the pot-bellied, balding former chief of an '80s business/criminal empire, you're out to escape bankruptcy. This involves shutting down NotAmazon deliveries (with guns), cornering the VR investment market (with VR guns), and selling cola with online game XP boosters included (somehow, also with guns).

GTA 5 was defined by its constant misanthropy, and what I've played of Shakedown: Hawaii seems less interested in telling jokes than it is in referencing and pining for a golden age that never was. This is a world where consoles bombard you with ads before letting you play, and where controllers need their batteries constantly changing. A world of streaming video (clearly "just a fad") and YouTube and your grey-haired protagonist understands none of it. So far, I recognise no Game Genies or cameos from Contra, but I see a familiar world twisted with a fun-house mirror. 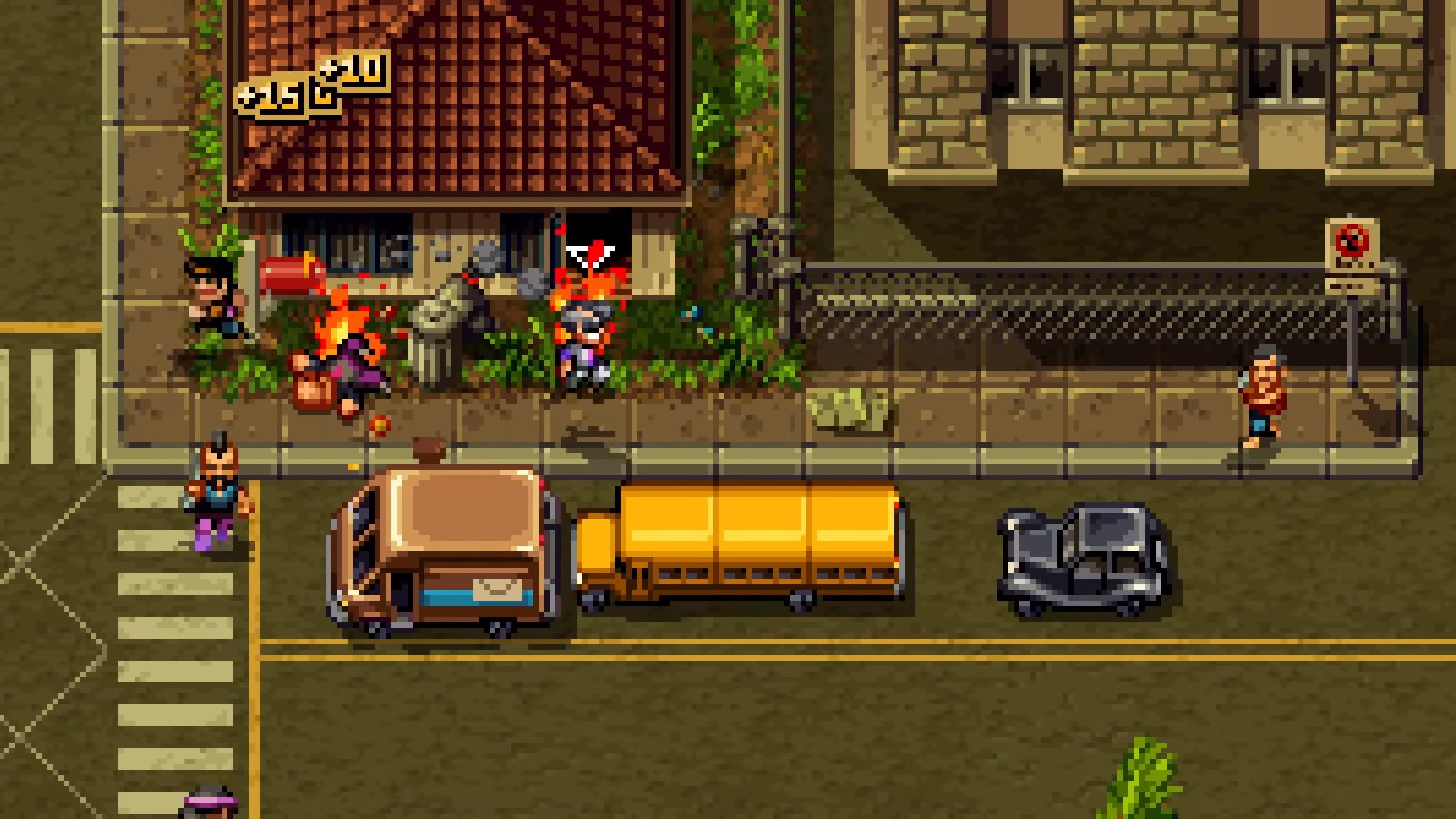 Whether Shakedown: Hawaii is any good? I'm honestly unsure - I'll have to play more. The controls are snappy and responsive, but so far the game hasn't really challenged me, and the jokes so far feel more angry than funny. Initial reviews seem all over the place, too. Only one thing is certain - it's out now, costs £15/€20/$20, and is (temporarily) exclusive to the Epic Store here.