If the sun suddenly shrunk threefold, there'd be consequences. In the real world, that'd be total extinction through global freezing. But in Sizeable, it'd probably just open a new opportunity to solve a clockwork puzzle-box. The work of Belgian student Sander Ambroos, Sizeable's short demo offers four tiny worlds to poke and prod at, each with their own intricately-planned challenges to scale.

Sizeable has, admittedly, a pretty simple premise: scroll up or down on any item, and it'll grow or shrink in kind. In the indie puzzler world, that's pretty standard stuff. But Ambroos uses this simple concept to create elaborate puzzle-boxes. Let's take one puzzle from the first real stage as an example - a small grove of trees, pumpkins and a small crow just chilling out. 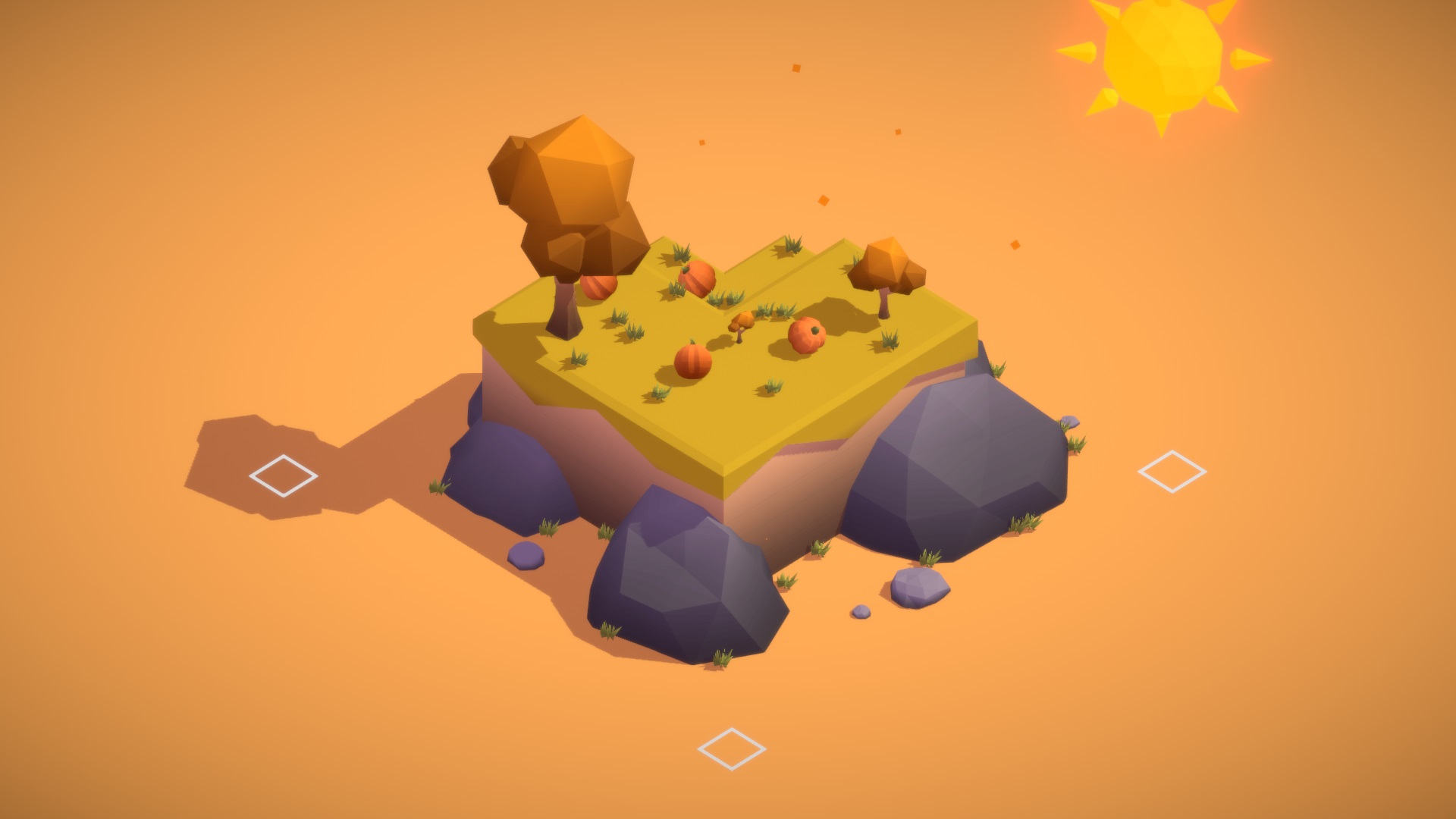 Grow the tree, and you've given that wee bird room to build a nest. Shrink the sun (?!), and suddenly it's winter. The leaves have fallen, and you can plunder one of the stage's macguffins from the crow's nest.

It's a delightfully natural way of viewing puzzles, played out on small island dioramas that recall a more light-hearted Bad North. It also introduces the wild scientific concept of seasons being tied to the scale of stellar bodies.

Summer? Nah, we're calling it "Sun big" from here on out.

Each level has a fresh batch of objects, each with their own quirks and consequences. In a way, solving Sizeable's dioramas is a distillation of unpacking a Hitman level. Granted, you're not screwing with crowds of NPC routines, but that pleasure remains in fiddling with every gizmo in sight to see how they interact and play against each other.

Sizeable is available as a free demo over on Itch.io. Right now, this gives you a tutorial and four puzzles to plug through, with plans to add more in future.