Hey, how are you holding up out there? It's difficult to convey the right amount of weirdness we're facing at the moment. "Bizarre," doesn't even begin to cover it, and anything more begins to feel overwritten, grandiose, or nihilistic. Anything less, and it's unrealistic, naïve, or heartless. I find myself walking a similar tightrope-rollercoaster in my day-to-day: I woke up early this morning to bake bread, then took a stress nap at 4pm (which more closely resembled light coma than nap). I miss going outside for pointless excursions to corner shops, I miss grocery stores, and I miss the gentle fluorescent hum of department stores. I miss museums, cramped art supply stores ventilated by a single box fan, and tourist shops selling saltwater taffy. It's not much, but I want to get back there. I am sure that I am not alone in this.

As I said to my adviser earlier, and as my mother recently told me, and as I heard on the news or saw in some inspirational-but-grounded tweet: the only way out is through. In the meantime, here are some games for staying indoors and remembering the outdoors.

Sizeable from from Sander Ambroos and music by Jamal Green 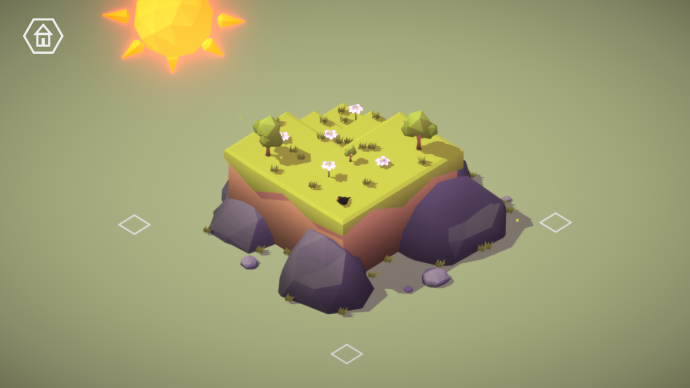 Sizeable is, in a word, delightful. There are few games which manage to scratch that GROW games Itch, but I think this point-and-click-or-drag diorama puzzle game is a worthy successor. The project's Itch page describes it as "an exploration game where the player has to find mysterious pillars by resizing the objects in the world around them! Each level in Sizeable is a completely new and unique environment, which means each level will have its own unique way of exploration and puzzle solving."

If the game sounds familiar, it is: Natalie Clayton beat me to the punch a few days ago, and wrote about Sizeable here. That doesn't keep it from being clever, adorable, and free - go play it! 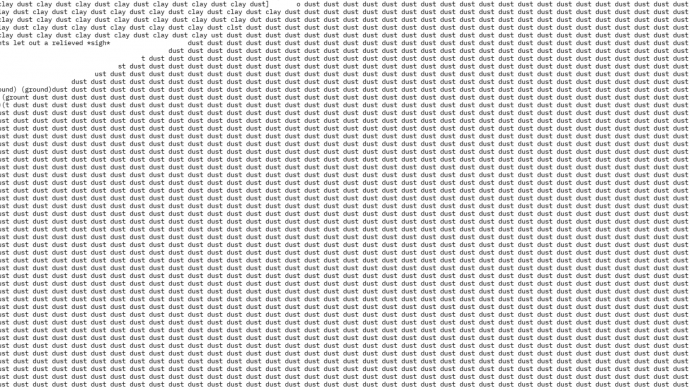 If We Were Allowed To Visit is "an anthology of poems by Gemma Mahadeo rendered by Ian MacLarty. As you move through the game's environment, the poems are rearranged into the shapes of the objects they're about, each frame becoming a new generative poem." The game/project/poem reminds me a lot of one of my favourite projects from Everest Pipkin, but maybe that's just my eye looking out for computer-poetry in Courier New. Both works consider the inner-workings of various systems in motion, whether that's the dust and clay and aluminium siding of a shed out in a meadow, or each heartbeat and breath required for living.

I included one of MacLarty's other projects in the last instalment of this column, Red Desert Render. It seems fitting to answer Red Desert Render's ode to endless outdoor exploration with MacLarty and Mahadeo's more removed text-based version. You can walk forever into the dust, but it never quite feels like it.

JUICE is, simply, a game about drinking juice. You are presented with a juice carton, the power to make more juice cartons with a mere press of a button, and some very robust physics. This game rules, and it's not just the extremely deep-fried reverb as each carton of juice descends from the heavens and eventually colide the cardboard bodies of other juices to explode into a pulpy mass. Because while JUICE is a game about drinking juice, it also manages to be both an absurd physics experiment with an eye for colour and a poignant reflection on the way our bodies behave during travel. Part travel diary, part ode to juice of all varieties, JUICE is one of my top picks from this week's selection.

In 2014 or 2015 I had an eventful trip back to England from the Netherlands. One of my friends had gone out drinking the night before we were to fly back, but promised he'd be out and ready for us to pick him up from a mutual friend's place at 6am the next day regardless. Of course, not only was he not out and ready for us to pick him up, he was nowhere to be found. After several frantic phone calls (and hours) to anyone and everyone, we managed to corral our inebriated friend into our idling taxi for the long and silent drive to Schiphol. We almost missed our flight, paid our taxi driver way too much money, and when we landed in Stansted all I wanted was orange juice. I beelined for the WH Smith, and demolished a jug in seconds. I don't know why. It's a strange memory, and for some reason, still irrevocably tied to that sensation of downing ice-cold juice. 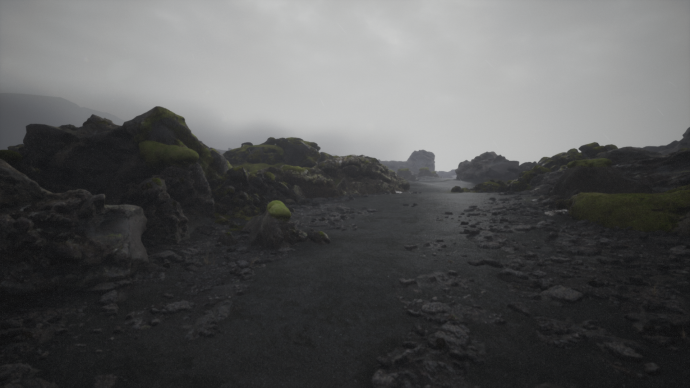 From the same developer who brought us New Zealand Recreation, now comes your chance to trudge around the southern coast of Iceland. Once, a tour guide told me that Iceland has made a concerted reforestation effort to bring back trees to the island after the Vikings cut them all down to make boats. I don't know quite how true that is, but the environment makes for a stunning adventure. Even if you're still indoors.