We finally did it, folks. 2020 is almost over. And while it felt like spring and summer were interminably long, autumn seems to have passed in the blink of an eye. But we can still enjoy the best season a little while longer with Dutch indie boyband Sokpop, who are taking us all out on a cosy trip to Pipo Park's tiny sandbox. Wrap up warm, though. It's rather nippy out.

The latest twice-monthly game from the indie collective's Patreon, Pipo Park is a highlight reel of that most wonderfully melancholy time of year. The leaves have fallen, the sun is low, the jackets are on after a long summer stashed in the closet... oh, and a colossal gnome has emerged from the soil, hungry for hearts. 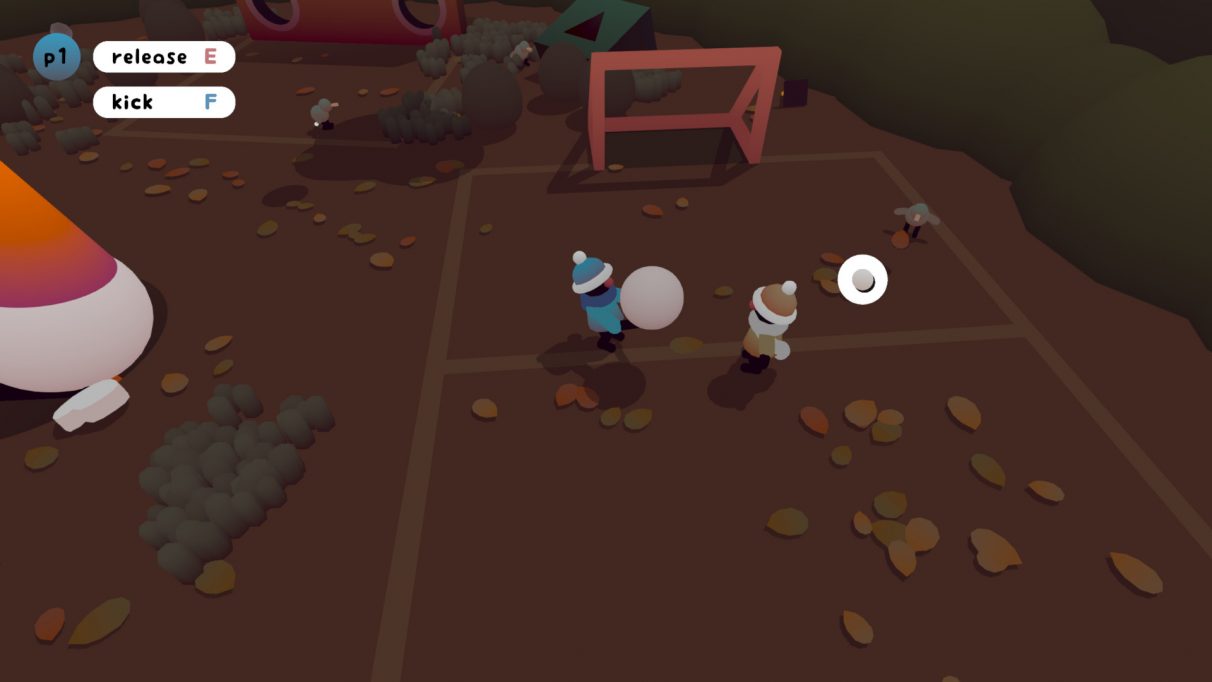 Much like its canine neighbour Pupper Park, Pipo Park is more a toylike sandbox than game proper. The park itself is a cosy, enclosed space, calling to mind all number of lovely walks on a crisp November afternoon. It's late Autumn, sure - the pond nearby is frozen over and you'll skid treacherously across it - but it's not quite dark enough, not quite sleepy enough to cross the threshold into winter.

You don't have to resign yourself to sitting around on a park bench, though. Pipo Park is full of things to poke and prod at, birds and rocks to pick up and throw. Punt a stone into the tree, and you might dislodge a football. Take that ball to the lonely kid on the pitch, and you can have a grand old kickabout. Win, and you might earn yourself a star or heart to drop in front of the nightmarish giant wot lives in the pit.

I'm certain there are other delightful interactions like this, though I've yet to discover what happens if you complete either gauge filled by collecting heart or stars (nor have I worked out how to collect the star lurking behind the low-hanging cloud). More generally, though, Pipo Park is a lovely game for relaxing to with a warm tea and a nice scarf - the last gasp of autumn before hunkering down for what's sure to be a long, bitter winter.