It still amazes me how coherent roguelike platformer Spelunky was, despite its dozens of moving parts. Monsters, traps and players interact with each other in so many ways. Next year, Spelunky 2 is adding a bucketload of new elements and systems to its repertoire, as you can see in action in the new trailer below. There's physics-driven fluids, arrows you can use as footholds, mounts you can gracefully leap off Yoshi-style just above deadly pits and a gun that clones kitties. Oh, and online multiplayer - that seems important.

Alongside the trailer, Mossmouth lead Derek Yu shared some words with Sony's PlayStation Blog. While mostly vague and mysterious, he did go into depth on some of the things we see in the trailer, most notably its new dual-layer dungeons. Every randomly generated level now has 'front' and 'back' layers, with passages allowing you to flip between them. As Yu says, "Even though the gameplay is still 2D platforming, this adds a feeling of a third dimension to the exploration". It appears that a single level can contain two different environment types through this system too.

In the interview Yu states that Spelunky 2 should be instantly familiar to fans of the first, but its new systems - such as dynamic liquids - add a lot of variety. Water and lava now flow naturally when their container is disturbed. Waterfalls may drag you down into trouble, while slower-flowing lava becomes a new threat to outrun. The mounts reminds me a lot of Mario's long-suffering dinosaur steed, sacrificed at the first opportunity to give his uncaring rider an advantage. It also seems that arrows stick in walls, creating temporary footholds for platforming - very handy.

The trailer teases a lot more. Spelunky 2 follows a new generation of adventurers, including the daughter of the original hero, a descendant of the mysterious Tunnel Man, and a remarkably speedy sloth. The game also seems to be set on the moon - not too surprising considering all the aliens and spacecraft you discovered in the original game's tunnels. Spelunky 2 also has full online play, and co-op gives players some new tricks, too. Ghost players can apparently freeze things now, allowing one sneaky git in the trailer to safely kill a gun-toting shopkeeper. Vandals! 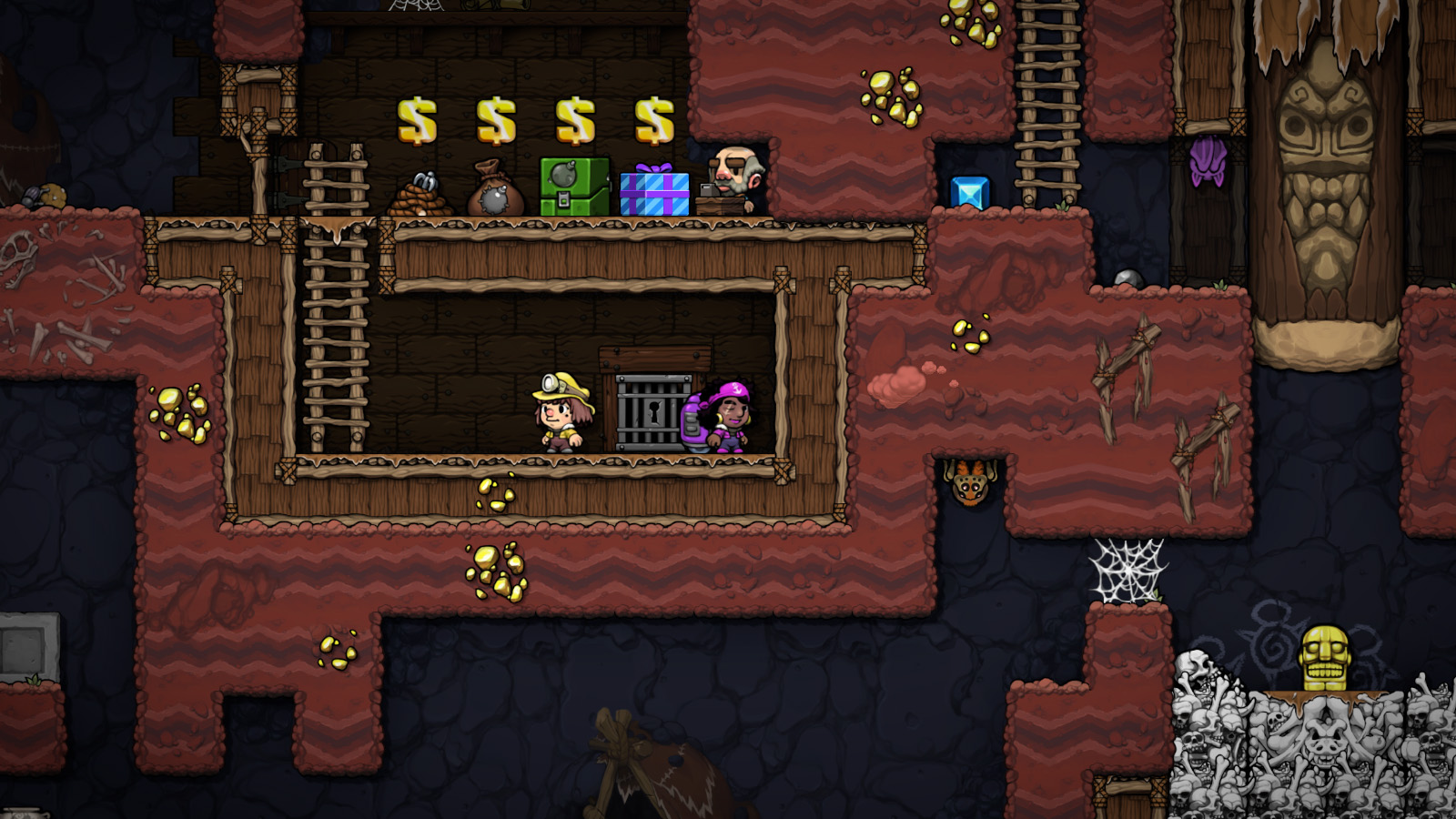 Spelunky 2 will be making its first dungeon delve in 2019. Those headed to PAX West this weekend will be able to play it at the PlayStation booth.