As Westlife once sang in their famous song about esports and their associated cash drives:

While I wait for top scientists to develop an answer to our shared problem, Starcraft II is smooshing its esports carrot against fans' mouths/wallets in the form of a War Chest.

I'll put their blurb below but in laygamers' terms it's a multi-stage digital loot box to incentivise people a) buying one and then b) playing more Starcraft II as well as c) also supporting the Starcraft II esports stuff at Blizzcon 2017:

"Each War Chest begins with a single unit skin and an exclusive portrait. Additional skins are divided into three phases, and can be unlocked by playing Multiplayer or Co-op matches during or after the corresponding phase, until by the end of the challenge you have a full set. Your initial purchase also grants awesome rewards in other Blizzard titles."

For the esports thing:

"25% of all War Chest purchases go directly to StarCraft II esports. The first $200K will be added to the $500K BlizzCon 2017 prize pool, with any surplus contributing to StarCraft II event production." 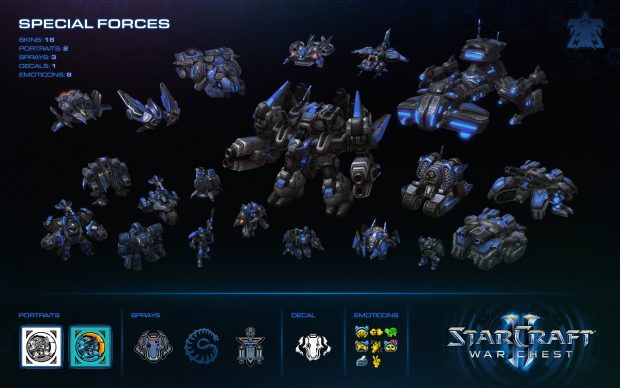 1. Westlife wore some really shiny suits back in the day.

2. Also I am sad that fewer music videos seem to be set at night by the side of someone's pool.

3. And applause for the use of a blue colour palette on a sad song.

5a. At first glance this War Chest seems pretty similar to every other esports funding drive/cash grab/shopping spree out there, especially since the Dota 2 compendium first raked in millions of dollars for Valve. It provides the buyer with digital fripperies and trinkets, amps up the rewards if they stick with the game and invest time, and chucks some of the profits into the esports prize pot instead of pocketing the whole thing. The compendium (now folded into the seasonal Battle Pass) for Dota 2 is probably the most famous because of the cash it attracts but Smite has the Odyssey, League of Legends had special wards and bits which let fans chip in to the pot during Worlds, CSGO's current Krakow Major sticker collection has thrown John for a loop because Young People Are INCOMPREHENSIBLE and so on.

5b. In this instance you buy a pass for whichever race you play as (or pick up the whole caboodle for a slight overall discount) and get some starter digital presents for StarCraft and for other Blizzard games. Three phases then unlock at one-month intervals and you play multiplayer or co-op games to unlock more things. The phases are just gating progress to stop people burning through the War Chest in a week. Once a phase is open you make progress through it by playing and unlock more stuff. There's a deadline of 4 November to complete progress but anything you don't earn will appear for purchase at full price at a later date. Progress is shared across War Chests so if you pick up all of the different races you won't have to unlock everything thrice.

6. Speaking of Dota, the current International 2017 prize pool is $21,512,420. It always starts at a base figure of $1,600,000 so the remainder tells you 25% of what has been spent on those Battle Passes so far. Multiplied by 4 to get the full figure and it gives $79,649,680. I would say that yes, Young People *ARE* Incomprehensible, but I'm part of the problem and I comprehend it far too well. It was the under the sea theme which pushed me over the edge. Oh, and make no mistake, this is not a thing I can expense for work. This is my own money here.

7. But The International is such a weird and powerful money black hole that it's interesting to watch other companies try to learn from its success without exactly copying it and thus, amongst other issues, inviting direct comparison via the figures each garners. I'm not saying that's the reason each thing functions a bit differently but it pops into my mind when I read sentences like:

"The first $200K will be added to the $500K BlizzCon 2017 prize pool, with any surplus contributing to StarCraft II event production."

To me that reads like Blizzard are fairly confident of getting the $200k but that what comes in beyond that is more nebulous. If they're 50 cents over $200k they can just not confirm the total and leave people guessing, if it's billions over they can give everyone a solid gold zergling and drop the mic on the whole of esports marketing forever. It's just Pip speculation but it's definitely one way of reading the situation. 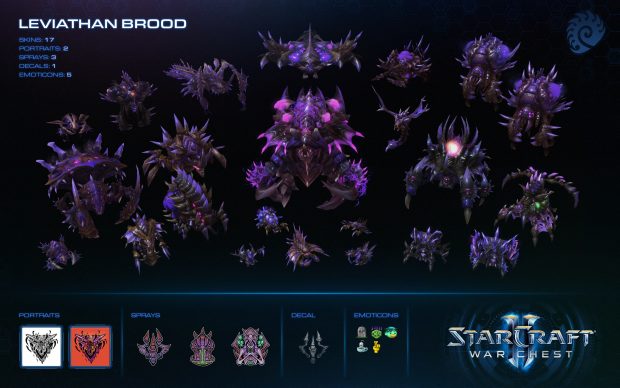 8. The gold zerglings are unlikely given that even in South Korea, where StarCraft has thrived as an esport for well over a decade, the game has waned. Late in 2016 the Korean e-sports Association (KeSPA) announced the end of the StarCraft ProLeague after 14 seasons. The official announcement cited "the drop in the number of ProLeague teams and players, difficulty securing league sponsors, and match fixing issues" as providing too much of a challenge to continue.

9. It's interesting watching Blizzard try to tackle esports. It reminds me how not esports used to be predominantly not an in-house venture with things like Brood War coming to prominence not through a developer/publisher-sponsored launch pro gamer event or invitational but through community interest and third-party lans and the like. Having that top-down approach become more prevalent as a marketing tactic as much as anything means I get a lot of press releases stating that such and such a game is having a launch tournament and [x] thousand dollars is on the line! It's the new "please look at my Kickstarter" or it would be if I was no longer getting those emails as well. Perhaps just kickstart prizefunds for launch tournaments and save time?

10. ANYWAY. That top-down approach makes esports seem more bubble-ish than I think it really is because it ignores what players/communities want and throws cash at the situation to force a game's consumer base to grow rather than curate something organic.

11. That's what felt like it was happening with Heroes of the Storm. It felt very top-down. Same with Hearthstone in some ways but I find Hearthstone far more watchable even though it also feels far more obviously like it's scratching at my wallet, begging to be let in. I wonder if that struggle to get esports to feel right for me is because, with StarCraft, it always seemed like it was people and companies outside Blizzard making the game an esport and figuring out how it would be this massive ecosystem so Blizzard themselves had to work out how to esports for themselves when it came to their later competitive games?

Anyway, HotS felt messy and thrust upon esports, Hearthstone felt better but has a tendency towards rapid stagnation if Blizzard ever stop adding more things, and Overwatch is promising and feels a far better fit for broadcasting in the current landscape. 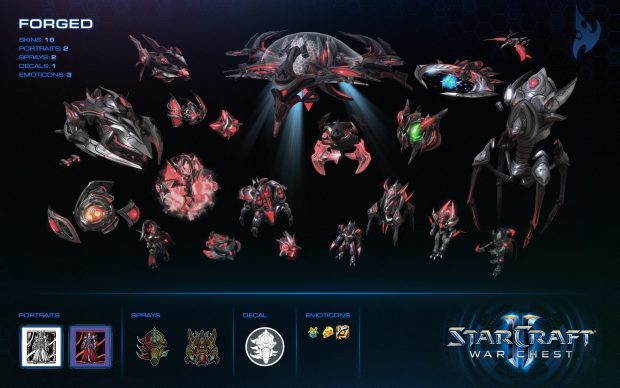 12. So perhaps now that StarCraft is in its digital dotage it's a good candidate for experimentation. If this War Chest proves profitable I'm sure you'll end up with Overwatch War Chests and Hearthstone War Chests and World of Warchests or whatnot.

13. This was supposed to be a short news post.