As time inexorably ticks away, its guttural screaming horror counting down the seconds until our infinite deaths, it's important we remember what really matters: that the game you like best isn't as good as the game I like best. The game you like best, the game you like reading about the most, is indicative of how foolish you are, how you're wasting your precious moments on this planet. Whereas I, liking my game, am making the most of it.

My mind turns to our eternal plunge into oblivion as my time on RPS enters its last three weeks. There are only three Steam Charts left for me to write. I need to make the most of these. These are precious gems to mine from the internet's dank caves. It's important we put cynicism aside and find beauty. And yet... 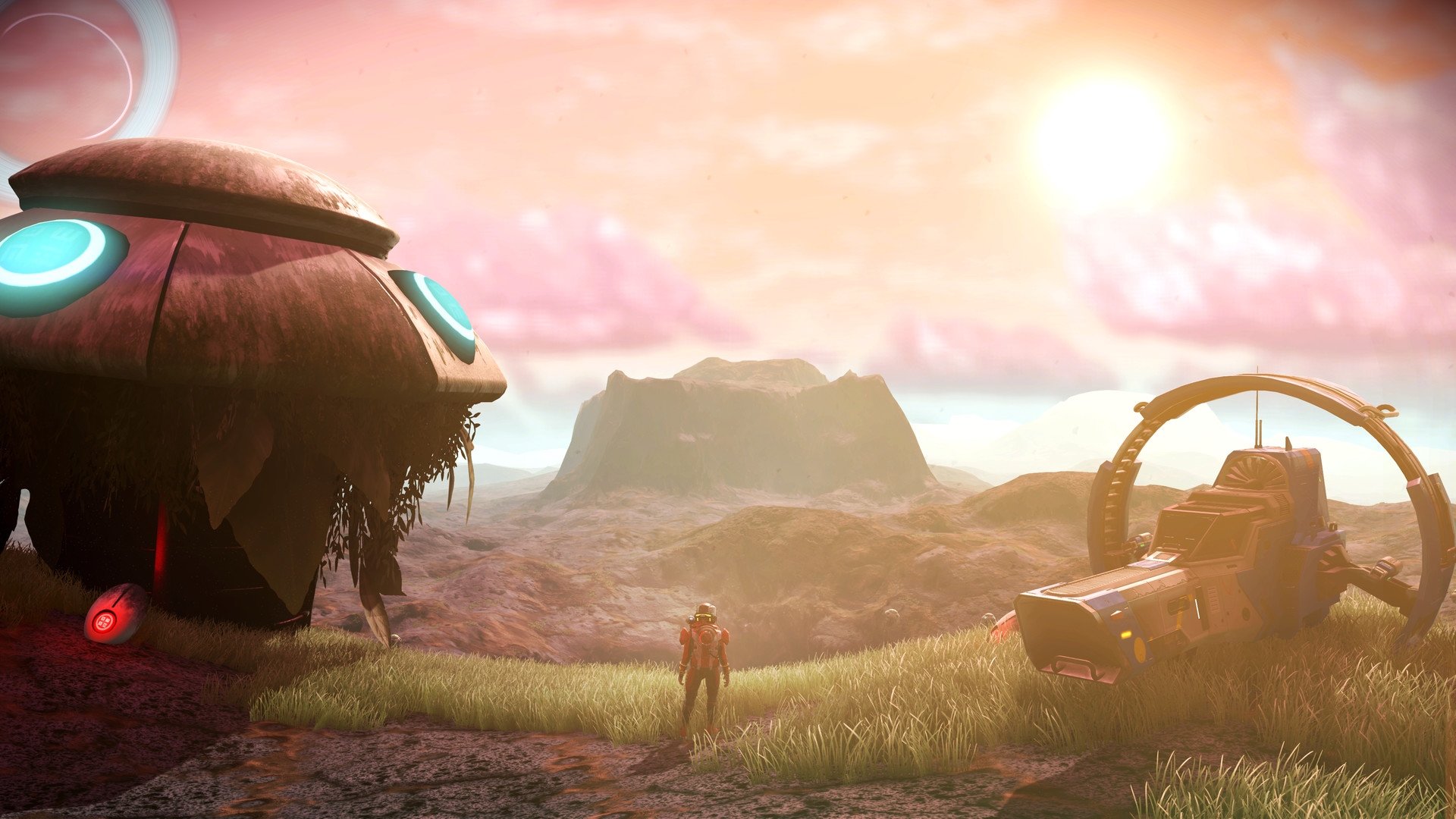 I keep trying to get back into No Man's Sky. I spent so long with its original incarnation, a confusing mixture of brilliant potential and half-baked ideas. But each time I've tried to go back now it's a proper game, I've bounced off.

While some fairly hefty evidence that I'm an idiot, I also think what I loved in the mess was the simplicity, the idle drift. Everything feels so busy now, so dependent upon Doing Stuff. I boot it up, enjoy playing it for a bit, but then forget to go back for a few months until I'm reminded by the next big update, by which point I have to start over again.

Anyway, it's back in the charts in its third year of existence (I told you time was a bastard) because it's been half price all week. 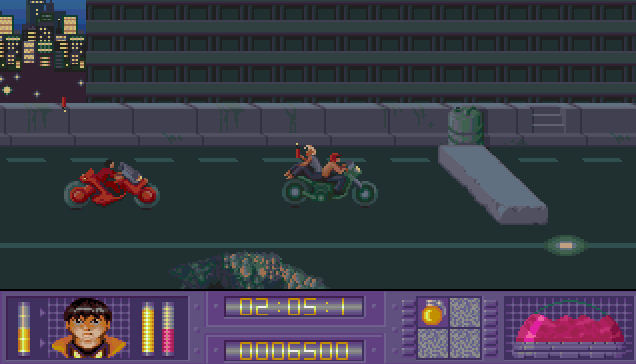 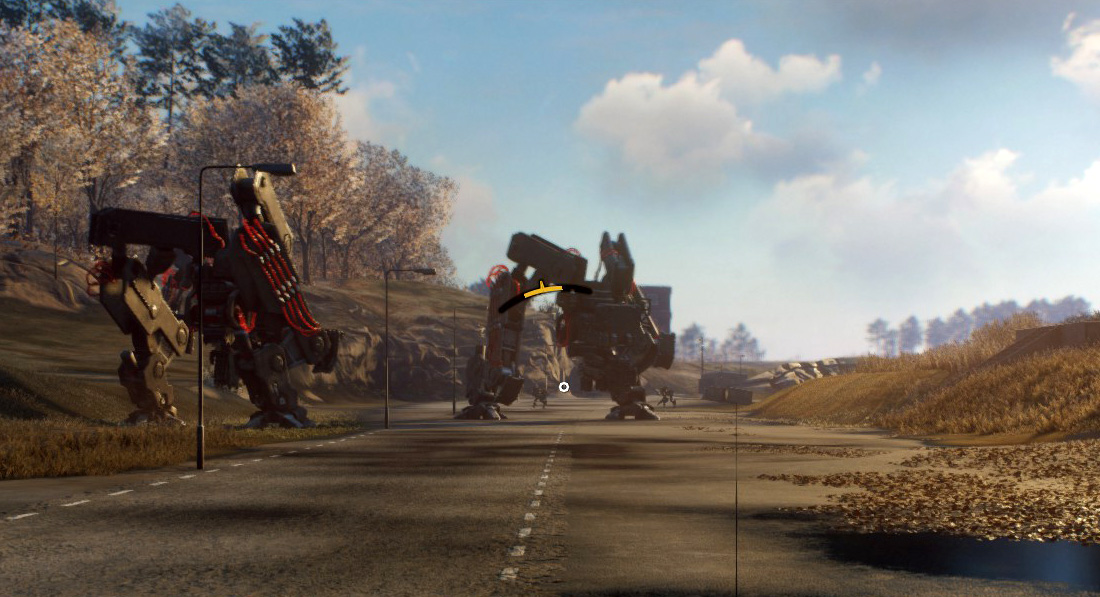 The idea of a Left 4 Dead in '80s Sweden versus giant analogue robots sounds just so good. What a shame it's not. Emily's review explains in detail why it's not, and yet, look at those pics.

So here's my ruling. ALL games must be set in '80s Sweden until somebody gets it right. 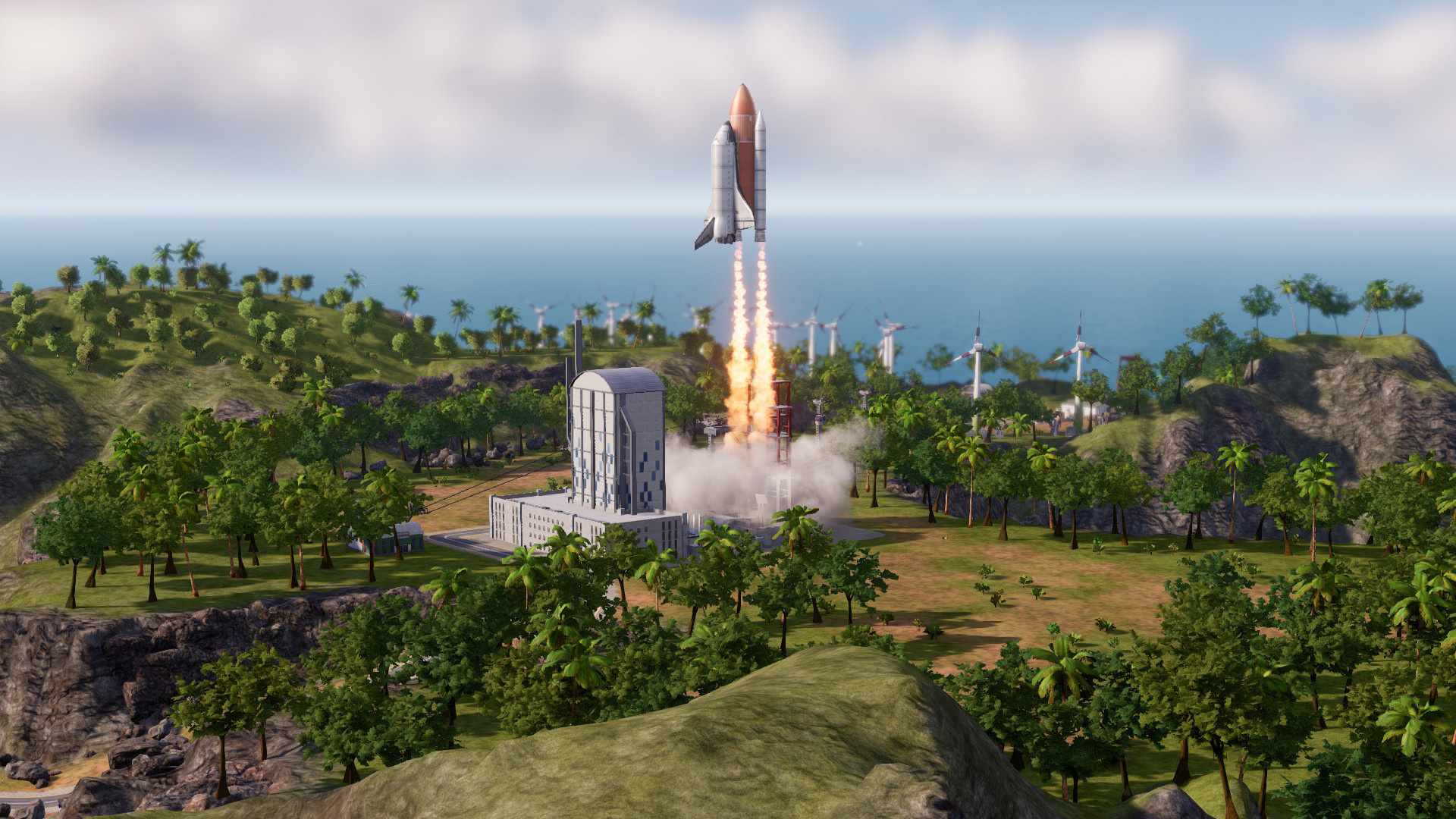 I've wondered for as long as the Tropico series has been around (over 700 years) when the joke of playing a dictator will eventually wear thin. HA HA HA! Like the real life people who murder and starve and enslave their peoples! But apparently it's immune, by dint of being a distractingly entertaining management sim. (A useful tip for all real-world dictators of banana republics.)

Alec is rather taken with this sixth edition, after finding the last few incarnations a little flat - presumably because he's a big fan of dictators, but also because he likes islands. But mostly the dictator thing. 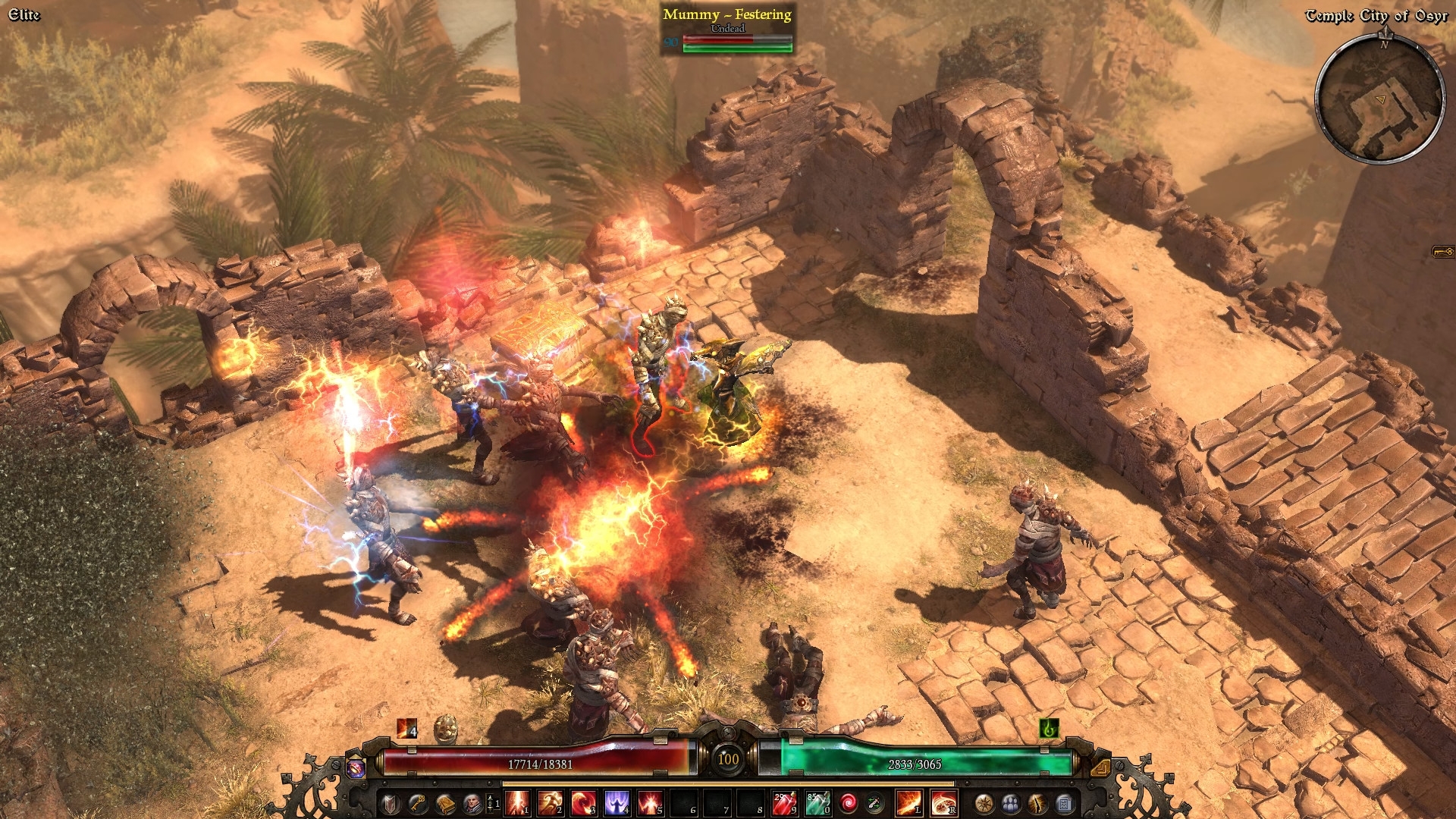 Why on Earth don't I play Grim Dawn? I love love love ARPGs like Titan Quest, the original idle clickers. Maybe I should put this right? Or am I now too daunted by the size of the thing, as it adds a second mammoth expansion, three years after its original release?

Well, hmmmm, got a stretch of free time coming up. Maybe this is my moment. Can you get paid a living wage for playing Grim Dawn?

By the way, this expansion (£13.50) requires not just the original Grim Dawn (£20), but also the previous expansion, Ashes Of Malmouth (£14.50). And rather oddly, there is currently no discount on Steam for bundling the three together, which seems like something of an oversight. 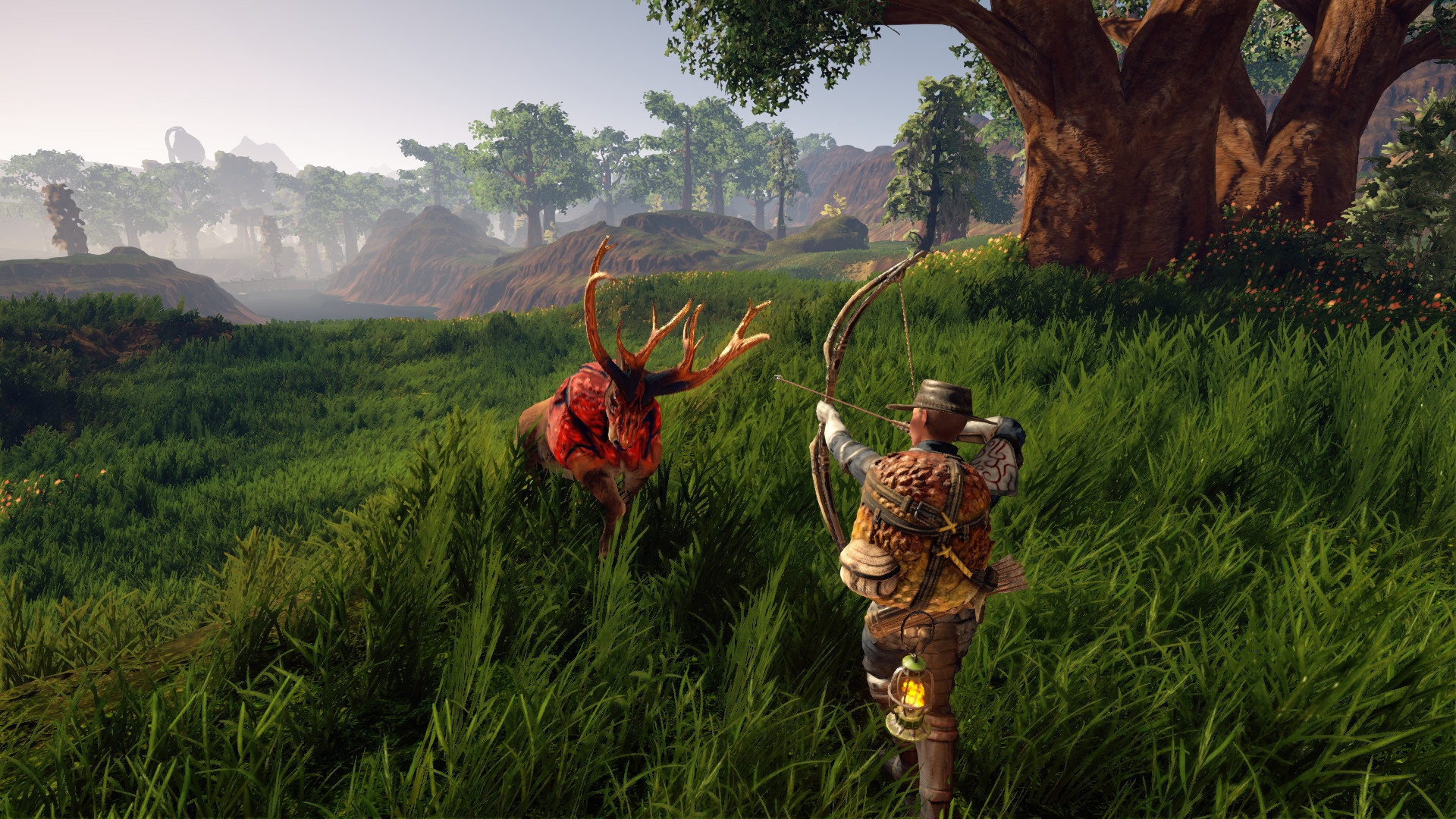 Are... are the Charts functioning close to properly this week? This is, what, the fourth new entry for a new RELEASED game this week? I mean, clearly my standards are fairly low that I'm excited about this despite a two-year-old, two three-year-old and a four-year-old game also taking up spots, but look below too! Has there been some sort of peculiar weather event? Did all of gaming have a coconut fall on its head?

I think what we most need to focus on about Outward (which Nic Rueben reviewed last week) is that you can catch an in-game common cold. Sure, it's a Soulslike with survival, but what's really exciting here is a game thinking to include minor, inconvenient illnesses. I now demand a definitive list of all games that allow the player character to get the sniffles.

(This particular entry appears to be a now-defunct launch option, as the links point to a dead URL.)

I've mentioned Radical Face here before - 2017's incredible SunnMoonnEclippse EP was absolutely my favourite piece of music I discovered last year. But it was only recently I realised Ben Cooper was in a band called Electric President last decade, and they were amazing too. This week I've been looping two tracks from their last album The Violent Blue, Mr Gone and Safe And Sound. 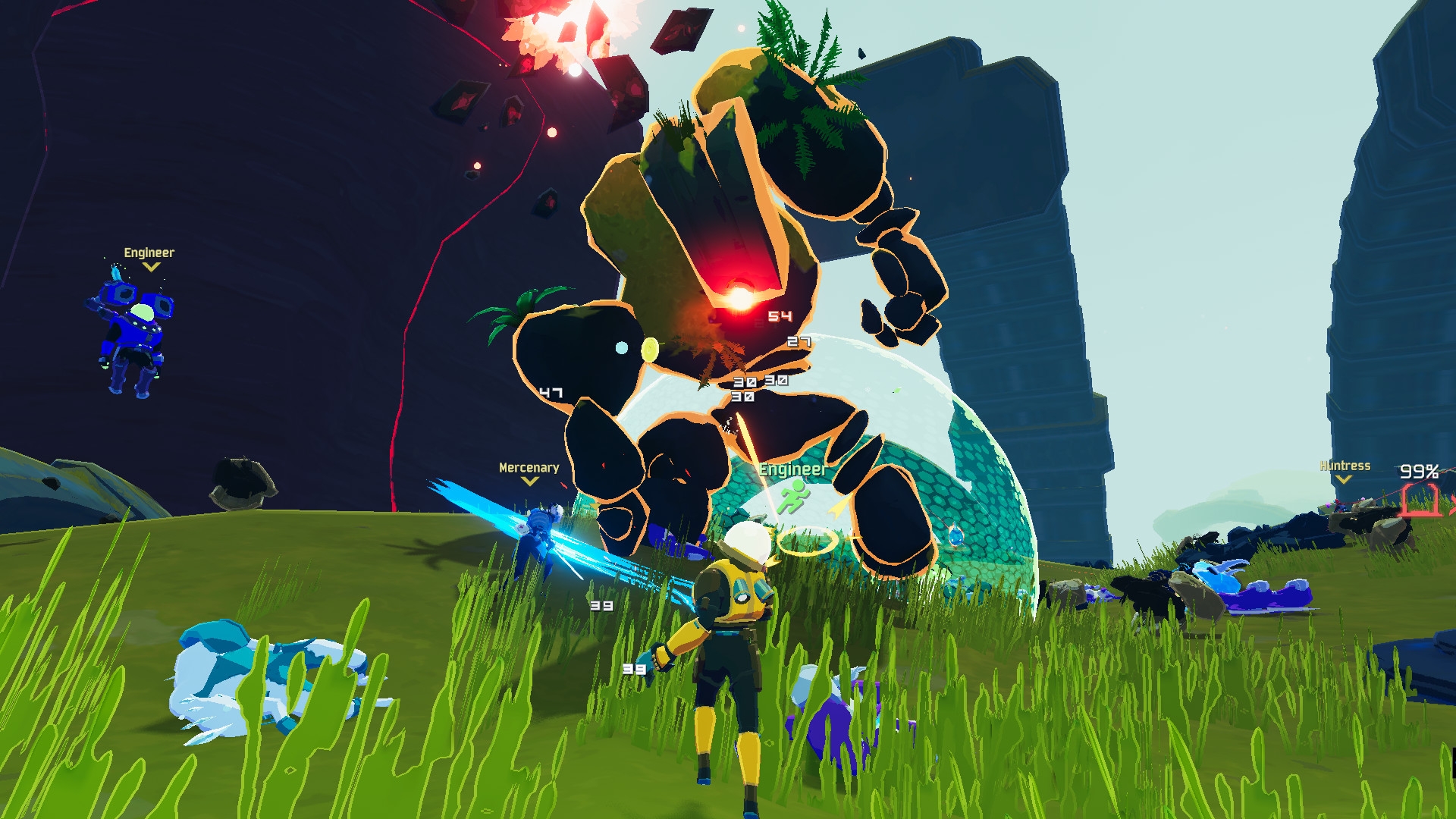 Gosh, history is not kind when it recalls the 2D games that decided to make a transition to 3D for a sequel. So kudos to Hopoo Games (I checked thrice, that really is the right spelling) for seemingly storming it, so far. That's according to its "Overwhelmingly Positive" six thousand Steam reviews, and, you know, being the second highest grossing game of the week.

Listening in to the secret backroom chatter in the Treehouse, Brendy and Dominic are both rather taken with it, and both express surprise that despite the addition of whole entire dimension, the game still plays remarkably similarly to the first. 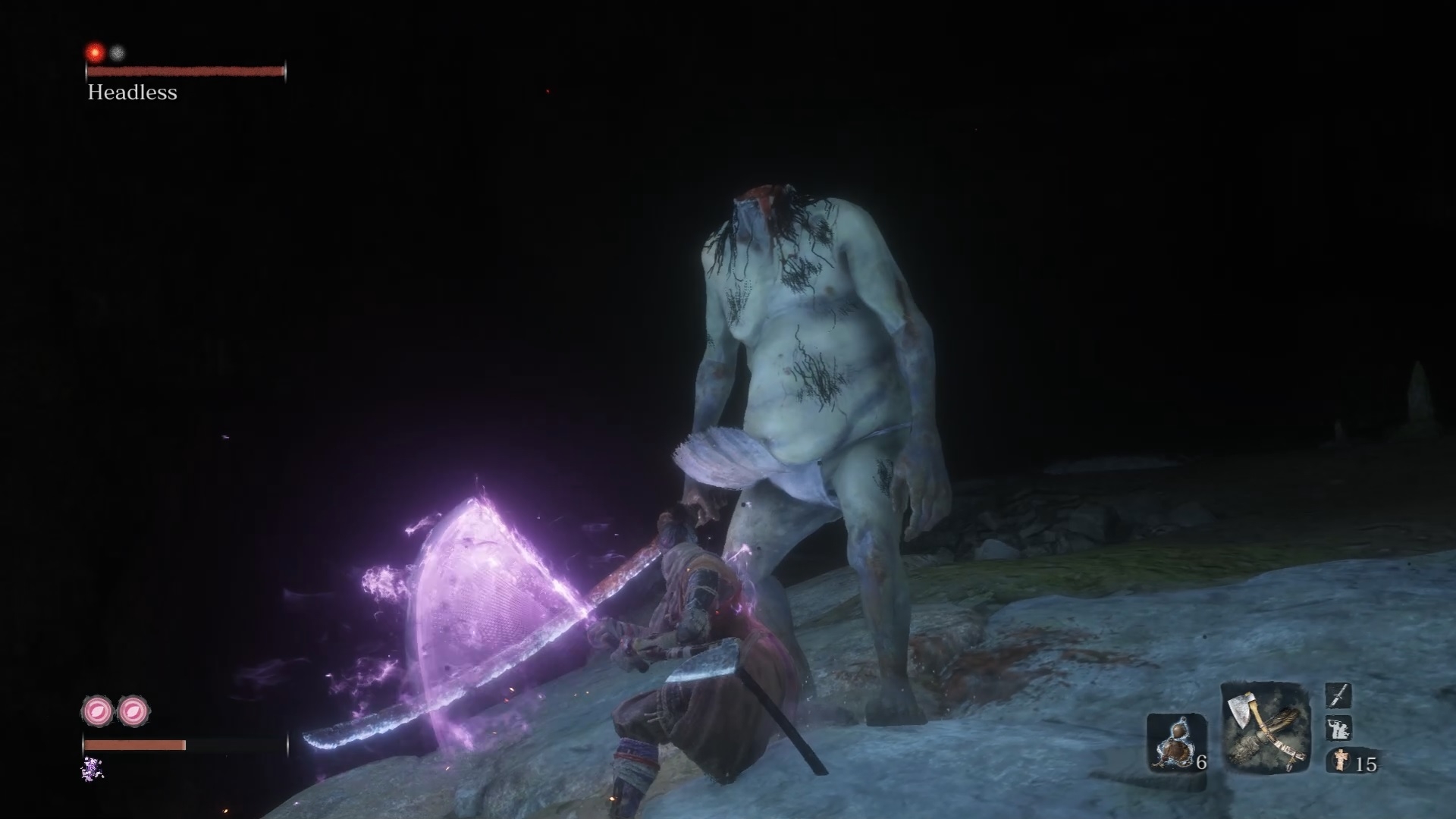 Odd to see this unknown release topping out the Charts on such a busy week. I booted it up, curious, and wow are there some balancing issues in this action game. It's ridiculously hard, like crazy difficult, far too tough for anyone to reasonably enjoy.

That, and there just seems to be so much content missing. It's as if someone took an action game and just removed all the fun stuff between the boss fights. I guess after a few updates, when they reduce the difficulty to something accessible, and perhaps flesh out the main game a little more, this could become something interesting. Until then, I'd give it a miss.