Where oh where is #9 this week, you ask, uncertain that it is possible to have a top ten without it. A mystery! Of course there are the usual suspects, the increasingly usual new suspects, and even a couple of new entries, but when it comes to slot nine, there's a gap. The URL for the entry is this, the number seemingly unattached to anything on the store, and not the since deleted entry for the idiotic CS:GO championship sticker collection, as I'd first assumed. Go solve the mystery, mystery solvers!

A whole other mystery is the persistence of this game in the top ten, despite its being over 47 years old. Back after one week off, it means we can continue our new series, What’s Another Thing You Could Buy Instead Of GTA V Again?

Next mystery! Despite not being out for over a month, FFXV is already in the charts, owing to people pre-ordering the game AT FULL PRICE.

Now sure, the issue here of buying a game before reviews are out - just such a colossal act of idiocy - isn't the case here. The game was out two years ago on console, and everyone already knows it's pretty decent (Edge gave it a 7, donchaknow). It's just that, buying it early affords players... some pretend t-shirts.

That's literally it. People are buying a game in volumes enough to see it chart above GTAV because the in-game characters get a couple of pretend t-shirts that give them unquantified, but obviously negligible 'buffs'. As if Square said, "What is the absolute least these suckers will give us their money for, before any word spreads of issues with the PC release?" Human beings are a mystery. 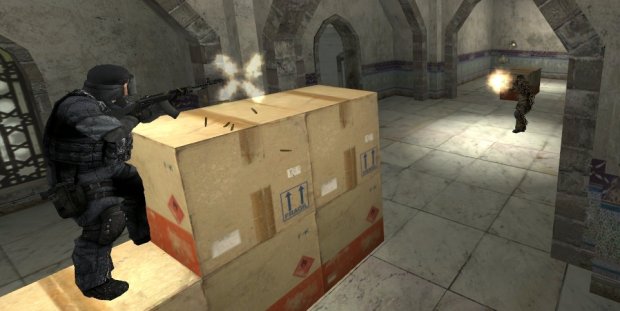 Slay The Spire is entertainingly mysterious if you've never played it, and then watch the video in this post. I just tested this out, and it's like watching a sport from an alien planet, where there's not even the common basis of balls or fields from which to try to interpret the events.

It's a guy clicking on cards, seemingly at random, and then he clicks on some more cards. And I know, because everyone else on RPS is adoring this game, that this particular guy's card clicking leads to especially impressive results. But to me, it's as mysterious as watching five-dimensional Blargg-karp played on the inside of a Dyson sphere. 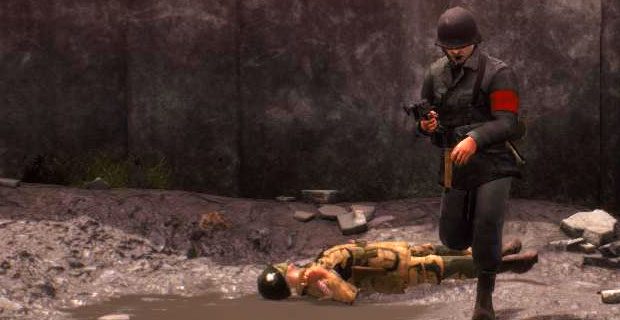 How long until this provides a screenshot for the CSGO entry in the Charts? That's the mystery likely to be solved next week, now I've thought of that joke.

This is the retro-online shooter for people who are so sickeningly young they think of the early 2000s as retro. Inspired by CS and Call Of Duty, it's a WW2-themed multiplayer of headshots and connection drops, its early access matchmaking proving a little flaky to our Alec.

You wait ten years for a Final Fantasy XV, and then all of a sudden, er, you wait twelve years for FFXII to come out on PC too. The PS2 JRPG first appeared in 2006, which, for a joke, some people are pretending is a year that was twelve years ago. Not three, at most, which is obviously definitely true. This game's mystery? Why people would lie about the speed of linear time like they keep doing. And now both games are out within a month of each other.

Why now? Well, because it was remastered for PS4 last year, and now this means the inevitable slow crawl to a PC's wider screens. "But what is it?" you ask, forgetting that written articles are a one-way means of communication. Fortunately, by coincidence I'm going to link you to the answer, because I haven't the faintest idea. I tried playing a Final Fantasy game once. A lot of people said a lot of incredibly sincere but immediately forgettable things in white writing on a blue background, and then I was having a tiresome fight somewhere I wasn't, and then I ran out of room in my life to care about all the different characters at once. Here to help.

I "finished" Subnautica on Friday. It'd be madness to pretend that I am done playing, because it's my favouritest game in forever. But I reached what one might reasonably call the ultimate point: I hatched a Cuddlefish. Also I saw the end-game sequence and credits, but that's by-the-by.

It's so completely splendid, and not mysterious at all, to see a single-player game riding so high in the charts for quite so long, especially one as fantastic as this. Long may it last.

Look, I'll be honest, I've absolutely nothing to say about this game. It might as well be a penguin for all I care. So instead I'll share my favourite mystery. Coral Castle.

The Coral Castle is an extraordinary (and extraordinarily sad) construction built out of incredibly heavy vast blocks of limestone oolite, purported to have been single-handedly built by one Edward Leedskalnin. He was, the story goes, rejected by his 16 year old fiance (eurgh, phew), and became so depressed that his only recourse was to build a coral complex of buildings, gateways, and astrologically-themed sculptures, dedicated to his love.

It's a mystery for two reasons. The first is that no one's quite sure how he did it. It's said that no one ever actually saw him building, but that no heavy-duty construction tools were used. His claim was that he'd discovered the ancient Egyptian secrets of leverage, such that he was able to pivot thirty-ton blocks of stone via mystical, magical forces. He also said he used a "perpetual motion holder". Clearly he didn't, because those are pretend things, but it still leaves the mystery of exactly what it was he did do.

The second mystery is how someone could be so colossally peculiar that they'd do this. Let alone that they'd, brrrrr, build a cot for the imaginary baby he'd have had with this teenager if she'd not had the good sense to bolt as far from him as she could.

The guy lived in the castle. On the second floor. This is no mean feat, building multi-storey coral buildings in the first half of the 20th century, weighing a total of 1000 tons, with no one ever seeing him build a single part of it. With no mortar. And more than this, the construction is exquisite. It features a perfectly balanced pivoting 8-ton gate stone, and structures accurately built to observe astronomical events, like a working sundial and Polaris telescope.

(For spoilsports, here are some ideas of how he did it.)

Gosh I love absolutely every single song by Breathe Owl Breathe, and you should watch the whole show below, but today it's the silliness of Dragon. A princess having a penpal, and the mystery of who it is being revealed. Ooh, that cello.