As you stare out into the world, at the tumult and turmoil, perhaps you feel the only hope is to turn to the Steam Charts for its comforting predictability and stability. I'm sorry folks, but it's all gone batshit crazy in here too.

A big part of having compiled this top ten grossing PC games nearly every week for over a year is recognising the patterns. I grew used to certain unchanging facts, like how Counter-Strike: Global Offensive would be at #5 or #6, that GTA V would be in there somewhere despite everyone already owning nine copies, Plunkbat would be at #1, and Witcher 3 and Skyrim would take it in turns to inexplicably suddenly be at #4. While the latter has, somehow, happened again, those other evergreen reliables have been absent for many weeks running, and it's all falling to pieces.

No one is entirely sure by what arcane magicks the Charts are compiled, least of all we suspect, Valve. The method by which the same game can occupy multiple spots keeps seeming to be satisfactorily explained, then contradicted the very next week. But how in all of holy hell a middling management game based on a movie license has not only occupied three spots this week, but shifted Plunkles from a throne it was growing so used to it was starting to atrophy, we cannot fathom. And for crying out loud, ARK's bloody back again.

Proving far more popular than Nioh: Incomplete Edition, this is the game that Dark Souls so blatantly ripped off.

And also responsible for a screenshot Adam took that I shall forever love, and never want to understand. Its mystery is what makes it so magical. 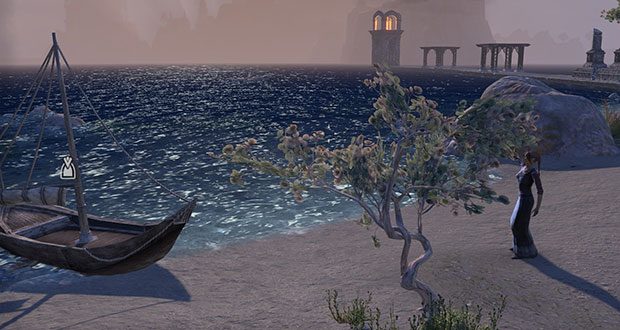 Gaming's greyest game, it's found its way back into the charts through a half price sale, which made it but £7.50. Then again it's also £9 a month to subscribe, and then there's the Crown purchase options...

Oh, and another £20 for the recent Summerset expansion, that Alec said was, you know, fine.

Younger readers may be interested to learn there used to be a time when you went into something called a "shop", and bought a game in a plastic box, and then you just played it until you were done, with your wallet in your pocket.

At two-thirds off, it's not surprising to see Adam's favourite (sniff, remember Adam?) back in the charts. Especially on the back of last week's news that there's a sequel on the way. (Brendy's got a preview of that coming up later today.) 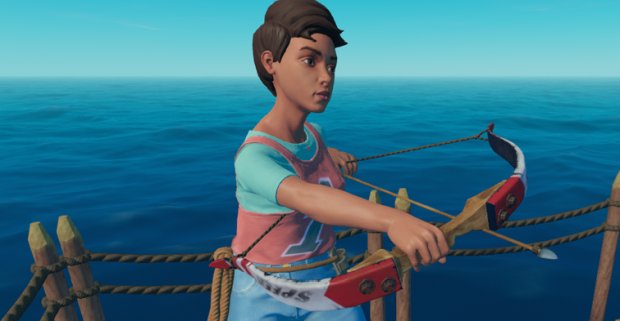 Hurrah! Update 1.02 is out now, and they've added a bow and arrow! Which can be used for both hunting sharks, and bloody gulls. Splendid stuff. More excitingly, they says it's also added in preparation for later updates which will include more creatures. Ace.

There's also now an FOV slider, and shark behaviour changes to balance the bow and stop it getting too powerful. I now want to play more Raft.

For a few more days you can get the ARK season pass for half price, if you want to. I'm sure you're fine, ARK, but don't start spoiling the charts again, cheers.

Twas half price for a bit there. And honestly, ARK followed by this is giving me Steam Charts PTSD, so let's move on quickly.

Nothing makes sense any more. Third time this year it's not been number one! Could it be finally loosening its grip in this Fortnite-focused world? Might it too opt for a F2P model to ensure domination continues? I absolutely flat-out couldn't care less. So this week's music comes an entry early, and is an old favourite by Pilote: 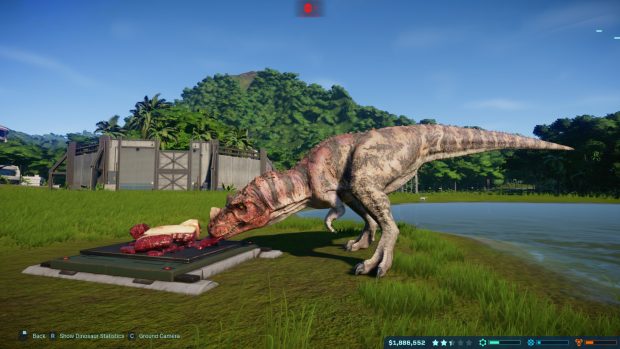 I've got nothing. A middling park management game, based on a quite poor film, and it's occupying every other spot in the top 5. And that's despite its costing an absolutely idiotic £45.

Could it be simply that it's created by Frontier? They've clearly developed some sort of evil space ray that causes terrifying numbers of people to give them unimaginably large amounts of money in return for gaming mediocrity. No one knew it could spread to their mediocre movie promos!