Do you find solace through memetics? Which enormously popular game you like is also liked by lots of other people? What else might form the triangle of your desire? Cast aside your romantic delusions, and delve into the acquisitive mire that is the Steam Charts.

Call off the search. Sorry everyone. We've found it. After two weeks of being missing from the charts, CSGO sheepishly crawls back in at #10. It had gone to a party, missed the last bus home, and slept on the floor of its mate's house. We've been up all night worried sick, and the least it could have done is called. 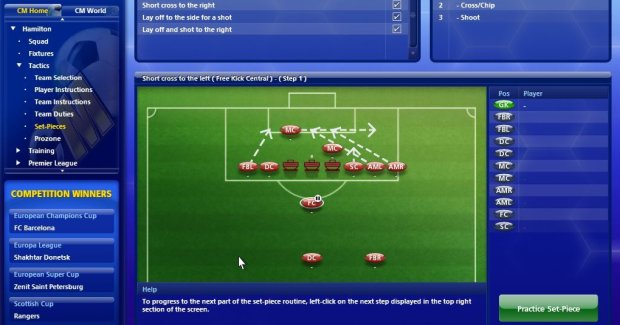 One day science will discover what it is that makes one excellent single-player game have the ability to stay in the charts in perpetuity, and others see a brief sales spike, then retreat to a modest trickle in the background. (Name of your sex tape.) But it is not yet that day, and The Witcher 3 continues to sell infinite numbers of copies.

Here is not the place to start listing all of Steam's foibles, because the internet isn't that big. But quite what on Earth is going on with their own sales tracking, where Origins for a second week manages to occupy multiple spaces, despite the listing pointing to the same sales page, remains a mystery. Indeed, CODWARS manages three places this week, rather dramatically decreasing the number of HILARIOUSLY pithy bon mots I must come up with for this column. It's you, the reader, who loses out here.

I've played a lot of Origins, and I just cannot find anything to love about it, beyond how utterly splendid the sound effects are while swimming. I equally can't find anything to hate about it. I could easily spend a week just playing the game, letting it eat up time, and come away with nothing but a peculiar sense of neutrality. It's the fidget spinner of gaming.

Gosh, there's only one week to go before it's too late for anyone to figure out what's been going on with the GTAV entry in this column for the last thirteen weeks! In the meantime:

Thank you letters to Leslie Benzies

Taking up an impressive three spots in this week's charts, presumably due to a muddle of pre-orders, post-release purchases, and Satanic rituals, is the surprising quite goodness of Call Of Duty: World War Two. At least in single-player campaign form. When it comes to multiplayer I believe the required response is to hate everything that's different about it when compared to the previous one, then play it for nine thousand hours.

How about some classic cLOUDDEAD?