Valve continue to wrestle with the self-made monster that is their storefront. Earlier this year, they said Steam would be lifting most of its restrictions, meaning they would no longer decide what should and shouldn't be allowed on their store as long as it wasn't illegal or "straight up trolling". Today, the company made another statement to explain some of the ways they'll carry out this laissez-faire idea. The plan seems to be to let users filter out tags, genres, studios, publishers or more from their search results. But they also want to make it obvious that a game might contain sexual or violent content by getting developers to add cautionary descriptions.

The proposal seems straightforward. Game makers who want to sell sexual or bloody stuff on Steam will be told to set their own specific content warnings. In other words, a more detailed content description that'll appear to buyers before they reach the game's particular page. That's on top of notices that already exist like "Frequent Violence/Gore" or "Nudity/Sexual Content". This doesn't just apply to new sellers: developers already present on the store will be asked to fill in this description too.

"Valve moderators will going [sic] back through the catalog and making sure games are complying with the new requirements," the post says. They also provide an example of what a proper content warning should look like, using Left 4 Dead 2:

"Left 4 Dead 2 features intense violence, blood and gore (including decapitation or dismemberment of zombie-like creatures) and some strong language."

As for Valve's previous statement that "straight up trolling" wouldn't be allowed on the store, they offered a description of what that actually means this time:

It is vague and we'll tell you why. You're a denizen of the internet so you know that trolls come in all forms. On Steam, some are simply trying to rile people up with something we call "a game shaped object" (ie: a crudely made piece of software that technically and just barely passes our bar as a functioning video game but isn't what 99.9% of folks would say is "good"). Some trolls are trying to scam folks out of their Steam inventory items, others are looking for a way to generate a small amount of money off Steam through a series of schemes that revolve around how we let developers use Steam keys. Others are just trying to incite and sow discord. Trolls are figuring out new ways to be loathsome as we write this. But the thing these folks have in common is that they aren't actually interested in good faith efforts to make and sell games to you or anyone. When a developer's motives aren't that, they're probably a troll.

In short: 'We know it when we see it', which does not at this stage inspire confidence given Valve's inconsistencies.

The post also mentions that sometimes even filtered content will appear on your Steam store's homepage, albeit blurred-out. The reason the storefront can't simply not show you those games at all is due to the way Steam uses cached pages to stop its servers falling over. This is also a feature that was accidentally rolled out half-finished on the Recently Updated Games page, as you can see below. It reduced every game title image to a vague smudge unless you moused over it, bringing it into focus. It's not the first accidental filtering issue. Last month, Steam accidentally filtered out sexual content from its search results. 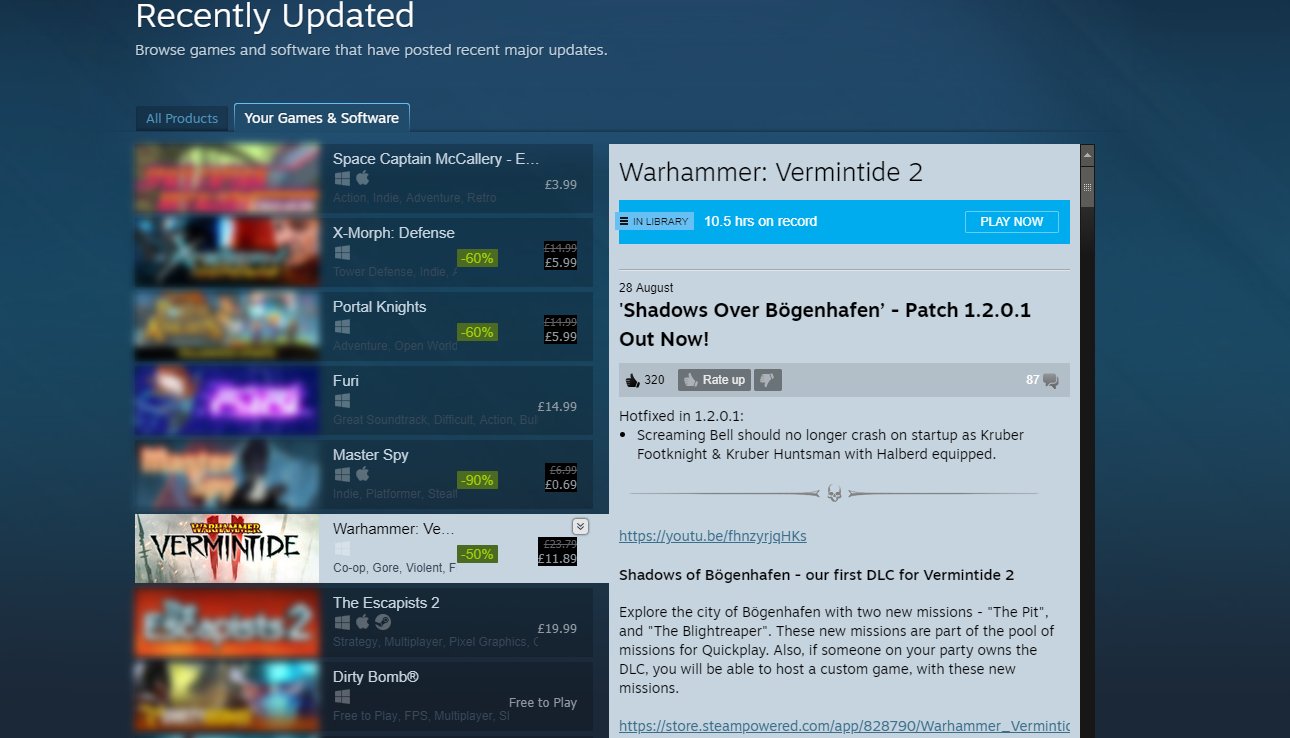 While Valve’s plans for content descriptions sounds largely reasonable (although they haven’t mentioned what happens to older games that fail to update descriptions promptly), I’m not impressed with much else that they’ve proposed and outlined here. There’s still no word either way on more explicit sexual content being allowed onto Steam. It feels like more of the same abdication of responsibility, while still taking a significant cut of every sale made. Not every problem can be solved through algorithms, filters and self-moderation.