We've all dreamed of escaping to the one place that hasn't been corrupted by capitalism* but space is very much not that place in Stellaris, and will be even less so with after the launch of its 'Megacorp' expansion. Paradox today announced Megacorp will hit Stellaris on December 6th, and as ever it'll be accompanied by a free update with changes just as important as any feature the paid expansion adds. The update will overhaul the spacefaring 4X strategy game's weak economic side for all players, then Megacorp will focus on new toys to better exploit spacecapitalism.

Megacorp is well mega. It'll let spacelords found megacorporations as empires with unique civics, technologies, buildings, and so on - read this developer diary for lots more info. Yes, you can form a criminal business empire too. Megacorps focus on building dense empires, rather than spreading profit and effort thin, so they'll get to build megacities covering an entire planet. Other new megastructures are in too, including the Matter Decompressor (a mineral equivalent of the Dyson Sphere) and an Intersellar Assembly to spread cultural power. Spacebastard empires get to sell and trade life on a Slave Market. And three fleets of trade caravans will rove around the galaxy.

Visit the caravan home base and this bunch of likely lads will also (in-game) sell you CaravanCoinz to play their gambling machines and open "reliquaries" which look a whole lot like loot boxes to me. Ha chuffing ha, spacecapitalism. 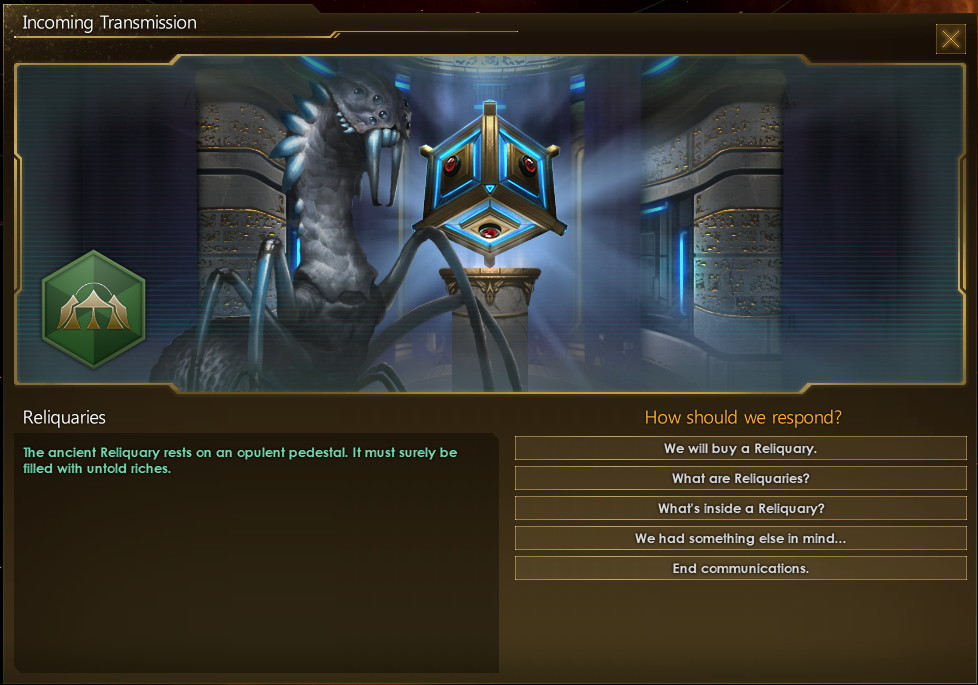 None of that means much with the game's current shallow economy, so Paradox are overhauling that in the accompanying free update, version 2.2 (aka 'Le Guin'). "When we decided that we wanted to make the next major update be about the economy, the first thing we knew that we needed to do was to rewrite this system entirely," Paradox said in another dev diary.

See Paradox's developer diaries for months of posts explaining features of Le Guin and Megacorp. So much.

Stellaris is still coming together as a 4X. I've welcomed almost every big update but they definitely have been needed, and it could still use Le Guin and probably more. I believe it'll get there. I want to believe.

* It kills me that Tim Curry is so clearly about to burst into laughter in that Red Alert 3 cutscene yet it was included so it might well have been the best take they managed. I lose it every time he sucks a laugh back in.