If you click on a link and make a purchase we may receive a small commission. Read our editorial policy.
Premature Evaluation is the column which explores the wilds of early access. This week, Khee Hoon Chan steps in to kick some rocks in Stone Story RPG.

Stone Story begins with the birth of a singular “o”, blinking ceaselessly at the centre of a pitch black screen. Shimmering like buried silver, the text on screen informs you that this is all you see; the rest of the universe lays concealed beneath a veil of darkness. You can’t see or hear anything, but you can, at least, feel the rocks that chafe your feet. So you gather them. The fifth stone you pick turns out to be that flickering “o”—a strange one with peculiar etchings on it, with an artfully amassed cluster of punctuation marks and symbols that’s somehow visible to you. You fumble with it. Then a blinding light engulfs the scene, but only for a brief moment. Your surroundings are revealed. It’s still a dark place, but now it’s also a sprawling world rendered by dashes, dots and a collection of ACSII characters.

The game’s opening scene is a text-driven one that eventually makes way for an animated environment. It seems you’re a stick figure standing atop a plateau, as two crescent moons and a constellation of stars illuminate the landscape, which is lightly adorned with trees and slabs of rocks. The ornate animation of the scene’s ACSII art, with subtleties like the stars (portrayed as dots that first morph into plus symbols, then gradually into asterisks) makes for an oddly pleasing sight. 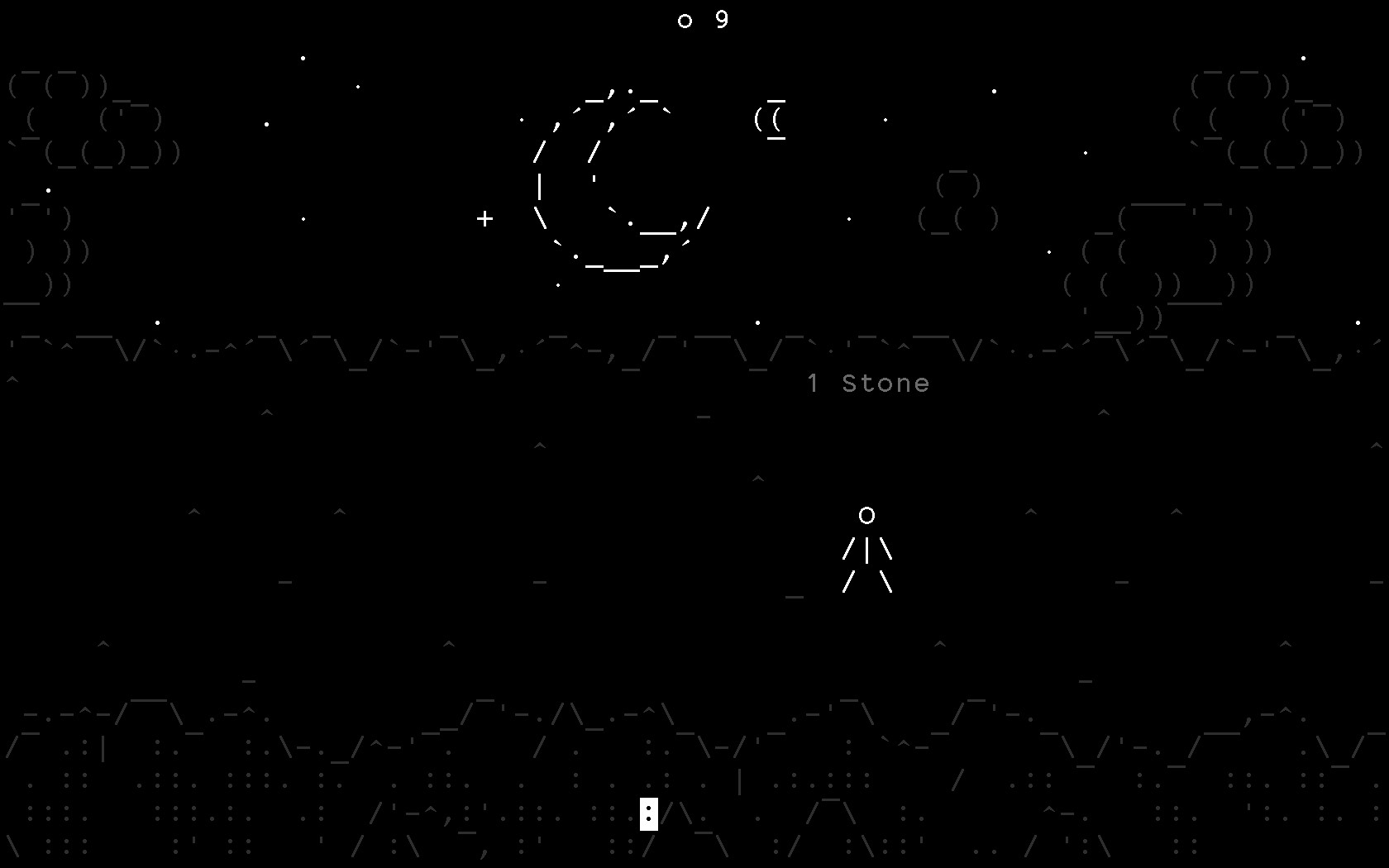 Stone Story starts out simply enough, but it soon swells with complexity. Beginning at the plateau, most of your hero’s actions are automated. You walk towards your right as a trail of “O”s guides your attention, while you fastidiously pick them all up. Reaching the end of the path reveals a dialogue box, which describes a cliffside path at the bottom of this rocky canyon. Here you can descend the cliff and build a door to a cave, hilariously enough, by stacking up the O-stones you’ve collected along the plateau.

This is your base of operations for your RPG-ing exploits, where you can construct a smithy, craft useful tools, and upgrade your equipment before you set off. Most repetitive tasks like walking, attacking and collecting resources are relegated to the AI, so Stone Story pares the elements of the genre down to its core essentials. All you need to do is make strategic choices like selecting what location to explore next, what weapons to wield, and which potions to brew. 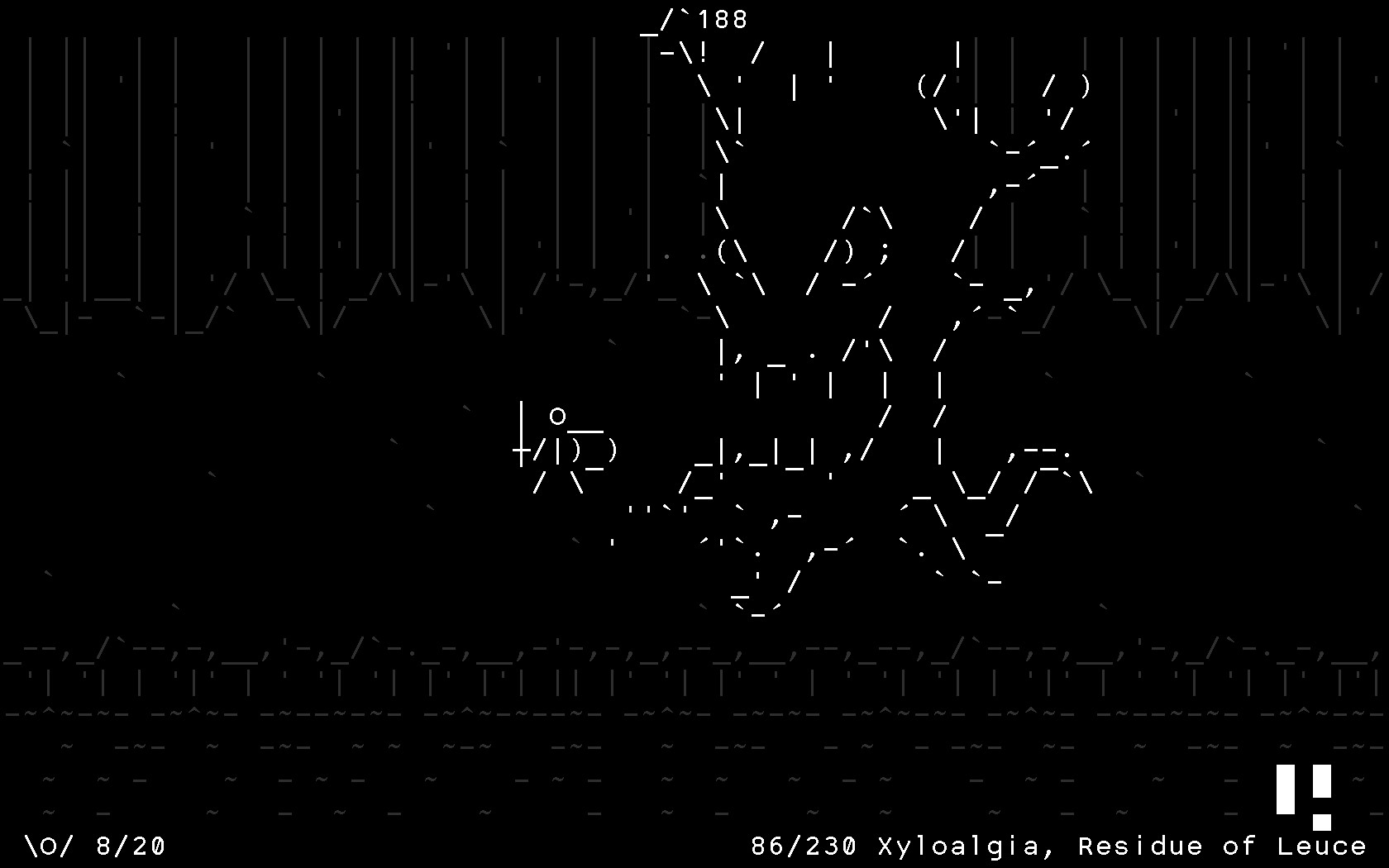 This makes the stoney RPG somewhat structurally similar to clicker games, in that you mostly perform simple actions like clicking and grinding for loot, with the game eventually culminating into a state where battles can essentially play out by themselves without much player input. At one point, I was definitely letting the game run on its own while I busied myself with real life responsibilities, like finally dealing with my ever-growing pile of laundry, or putting on clothes that meets the bare minimum of decorum to grab a quick meal near home.

This may make Stone Story RPG sound like a lowbrow excuse for a game. After all, the point is to interact with it as little as possible. Yet it’s deeply compelling, engaging the player by gradually ramping up the challenges in later chapters. It’s a deliberate choice by developer Gabriel Santos, who was fascinated by the incremental process of learning that’s weaved into the fabric of idle games. 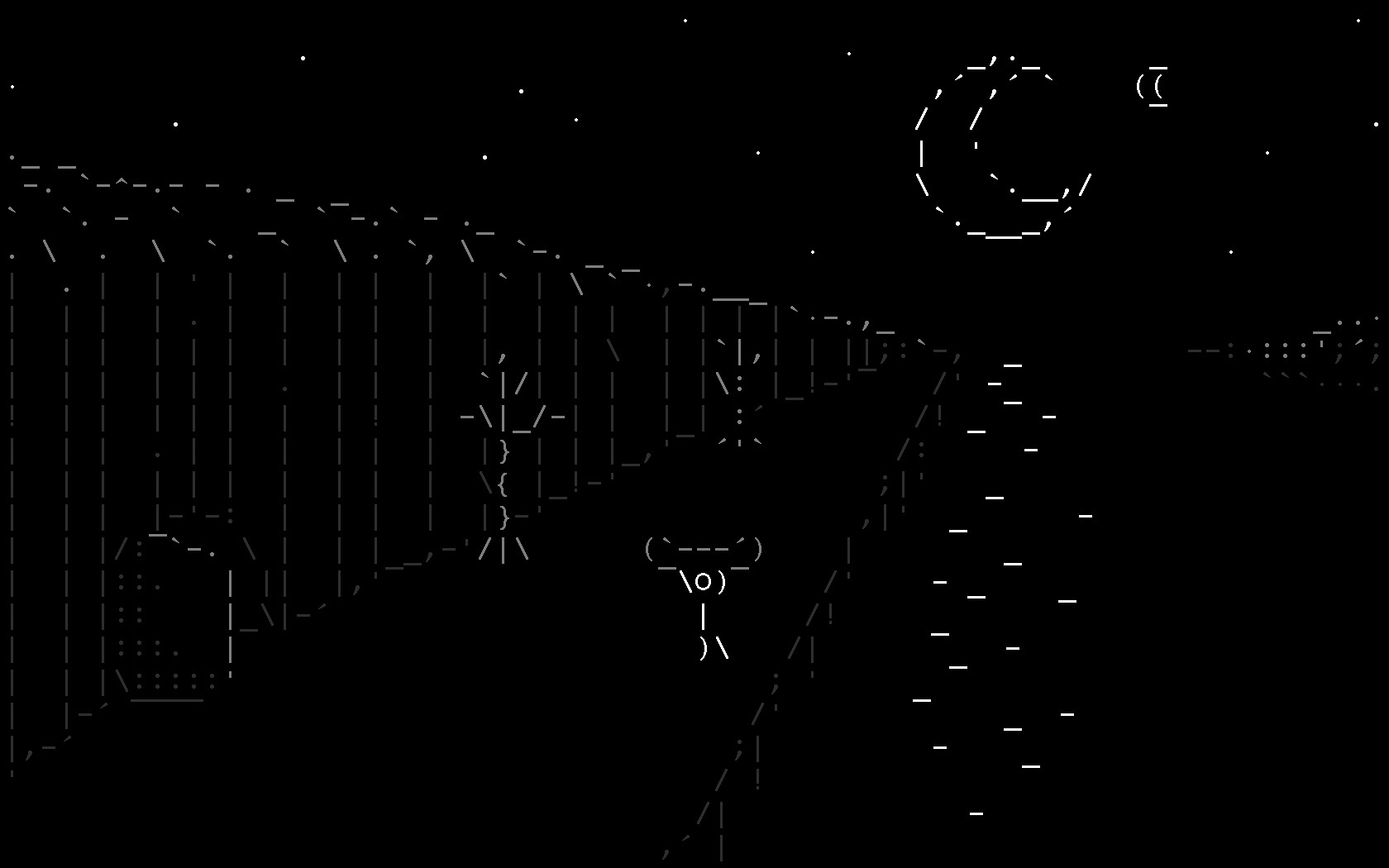 “This sequential unlocking is the key to learning a complex game without the need to know anything about games,” he elaborated in a response on a Reddit thread.

But whereas incremental games like Clicker Heroes (one game I can’t seem to stop playing for close to a year now, so send help, please) lets players tap away mindlessly, Stone Story gradually introduces some of the RPG genre’s more classic elements, which adds unexpected depth to the game.

So while you begin by merely collecting rocks, resources and weapons, you’ll unlock a litany of features as you progress, like managing a perpetually cluttered inventory, leveling up your hero, and eventually gaining access to an intricate crafting and looting system, in which you can forge and break down artifacts you unearth over the course of your journey. Even though it doesn’t deviate too far from typical RPG conventions, it still manages to retain its sense of play, scratching every bit of that good ol’ Diablo itch for farming and crafting an arsenal of exotic and enchanted weapons. 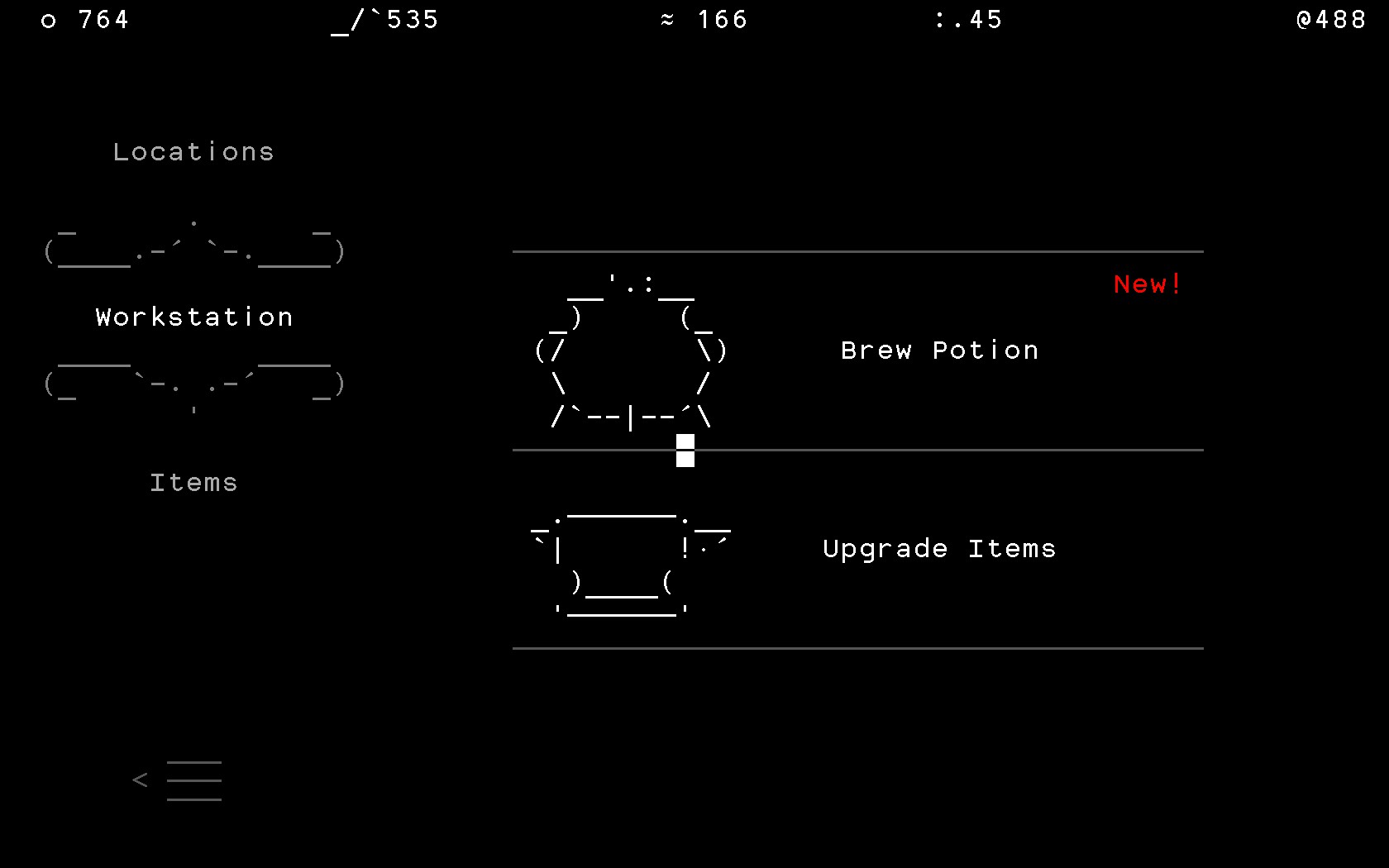 Treasure chests are dropped at the end of most levels, which encourages you to grind for weapons and crafting components. The more trying the stage is, the more lavish its rewards. This feedback loop is intriguing, even if Stone Story RPG is far from revolutionary in its approach. The combat features a roster of enemies that are imbued with strengths and weaknesses. Ghost-type foes, for instance, are impervious to physical attacks, requiring you to wield magic to take them down. Meanwhile, slaying heavily armored fiends efficiently means bludgeoning them with armor-piercing weapons. This means you’ll often have to manage your equipment and switch out your arsenal, even in the thick of combat.

And should you crave for even more challenge after you’ve completed the primary story arc, you can write your own script for its AI and issue commands that can further refine the hero’s actions in battle. This can be as rudimentary as downing a potion when your health is below 10 points, or, in the developer’s own words [http://stonestoryrpg.com/stonescript/help.txt], make a combat script that is “optimised to super-human levels”. It is a remarkable jump from the game’s introduction, where you’re mostly clicking on dialogue boxes and hoarding stones to cover up the mouth of your tiny cave. 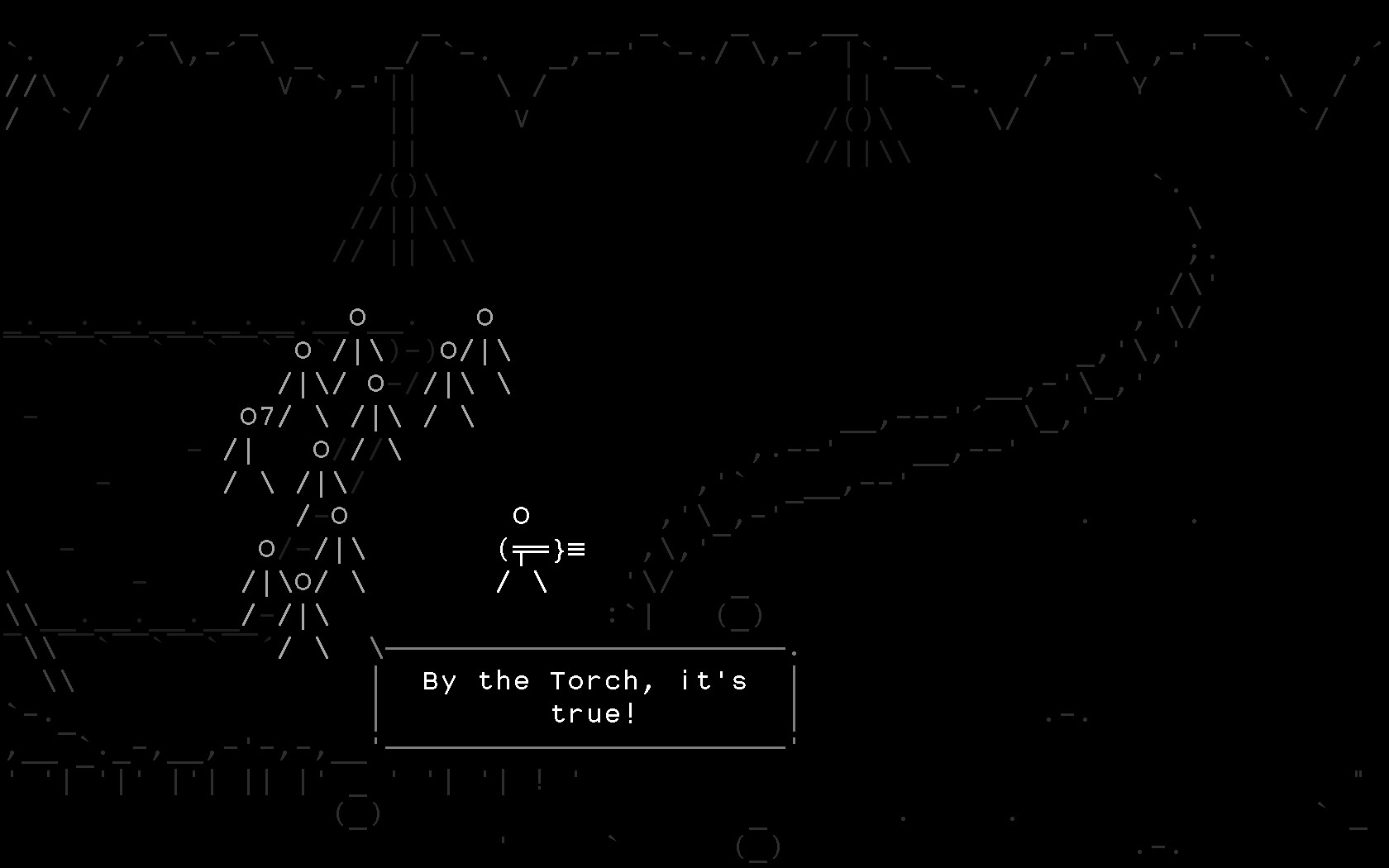 Santos revealed that he plans to work on the game during the early access period by including more loot, expanding the capabilities of StoneScript, the game’s scripting language, and implementing a custom quest system that allows players to design and share their side quests with others, promising yet another layer of challenges for the most battle-hardened of players.

But as intriguing as the game is, Stone Story RPG suffers from some minor flaws. Crafting can quickly become tedious, especially when you’re smithing weapons at much higher ratings, like something as complicated as a Level 5 Poison Hammer, which involves hammering away at about four smaller weapon parts over more than a couple of rounds. I suppose the eventual release of the StoneScript update may address these minor issues. 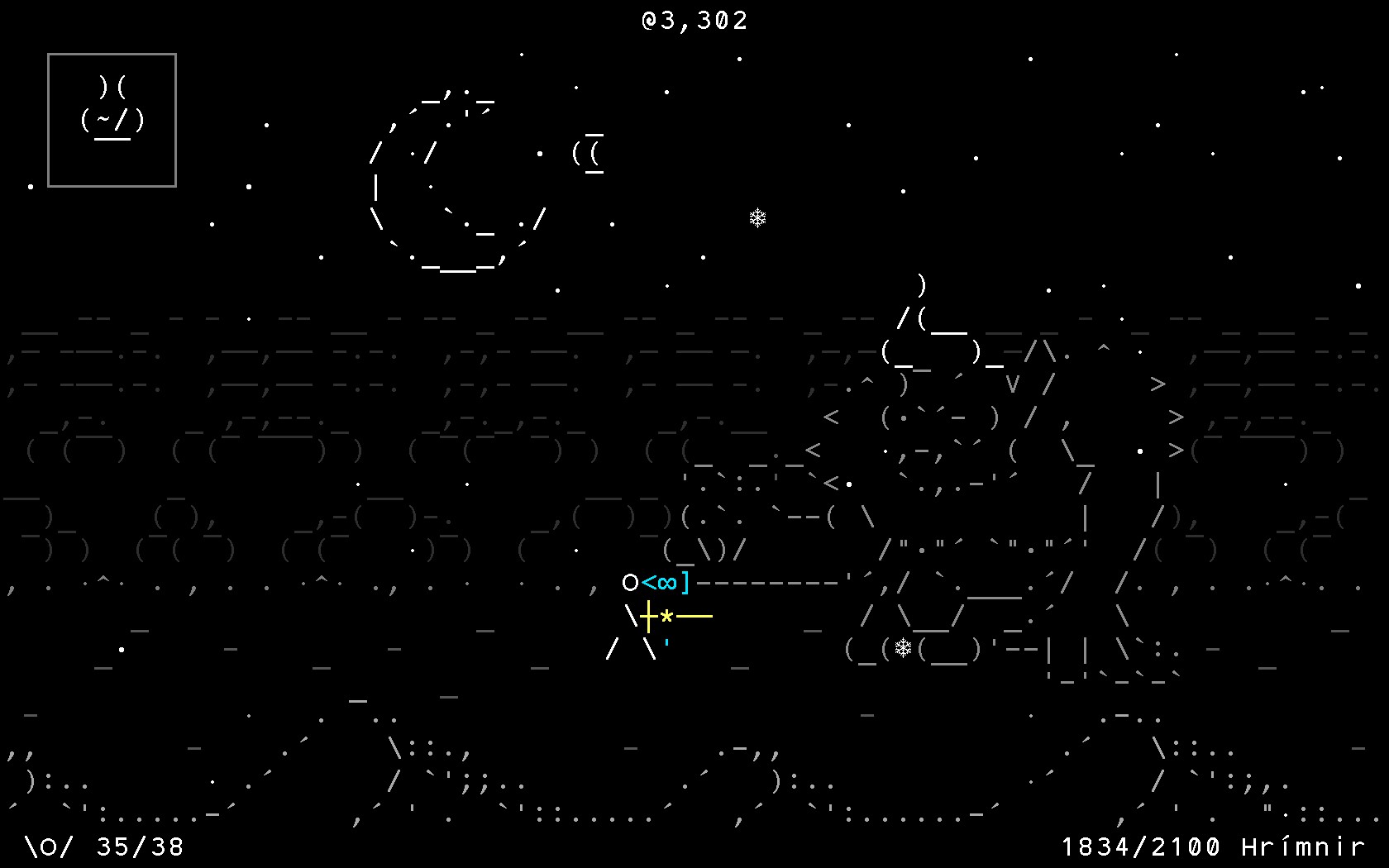 Stone Story RPG tries to offer its players the freedom to tackle its challenges in a multitude of ways (perhaps even allowing an enterprising player to devise ways of playing entirely hands-free through StoneScript). It’s an ambitious endeavor, but for the rest of us who won’t be playing at that level, it can come off a little too reminiscent of other RPGs. Yet what remains most charming about the game is its ASCII-rendered universe. Initially portrayed as a pitch black abyss, the world gradually grows gray, as if light itself is creeping into its world. And in the second half of the tale, more hues are introduced. The bright cyan of tougher enemies and the brilliant yellow of enchanted weapons pierce through the murkiness, like the vibrancy of a night-lit cityscape. A sign that the world itself is flourishing under your care.