I could stare at the ASCII art of Stone Story all day, and now I could even play it too, since it launched into Steam Early Access this week. But here, lets soak in the fact that our brains can approximate skeletal monsters, complicated architecture, and all manner of intricate little tools from these clever clusters of lines and symbols by watching its trailer.

I love the fact that the stick figure protagonist is so simple compared to the wildly complicated monsters they’re fighting.

The RPG’s art isn’t its only curiosity. Players don’t directly control this tiny figure, who instead driven by AI when it comes to fighting enemies or exploring. But you’ll be able to indirectly sway them by crafting and switching out items and abilities, something that’s apparently necessary especially to counter changing patterns in boss fights.

Adam showed off how lovely the ASCII animations were several years ago, and you can get your fill of that from the trailer, so instead let’s talk about some still environments. Like how the different shades of grey show off the edges of the rocks catching the light of the moon (wait, moons?). 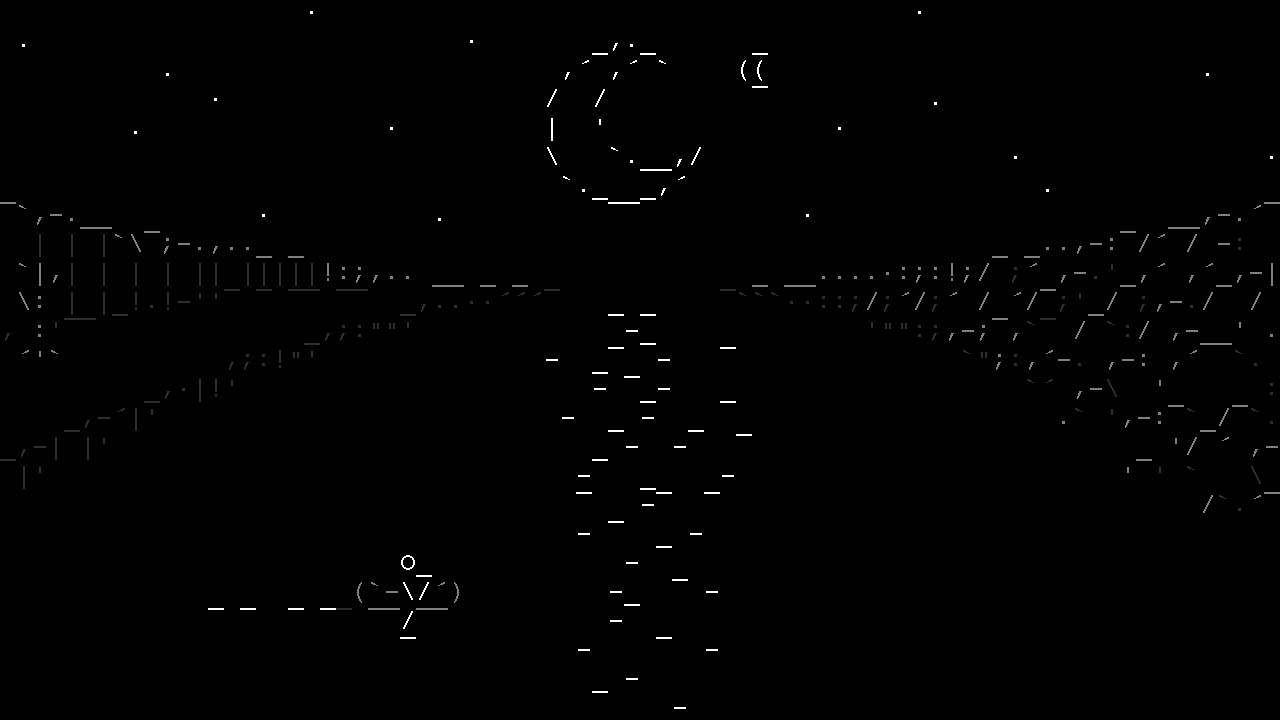 And the different kinds of skulls on this definitely not ominous gate. I feel like the tall-squat-squat pattern is trying to tell me something. 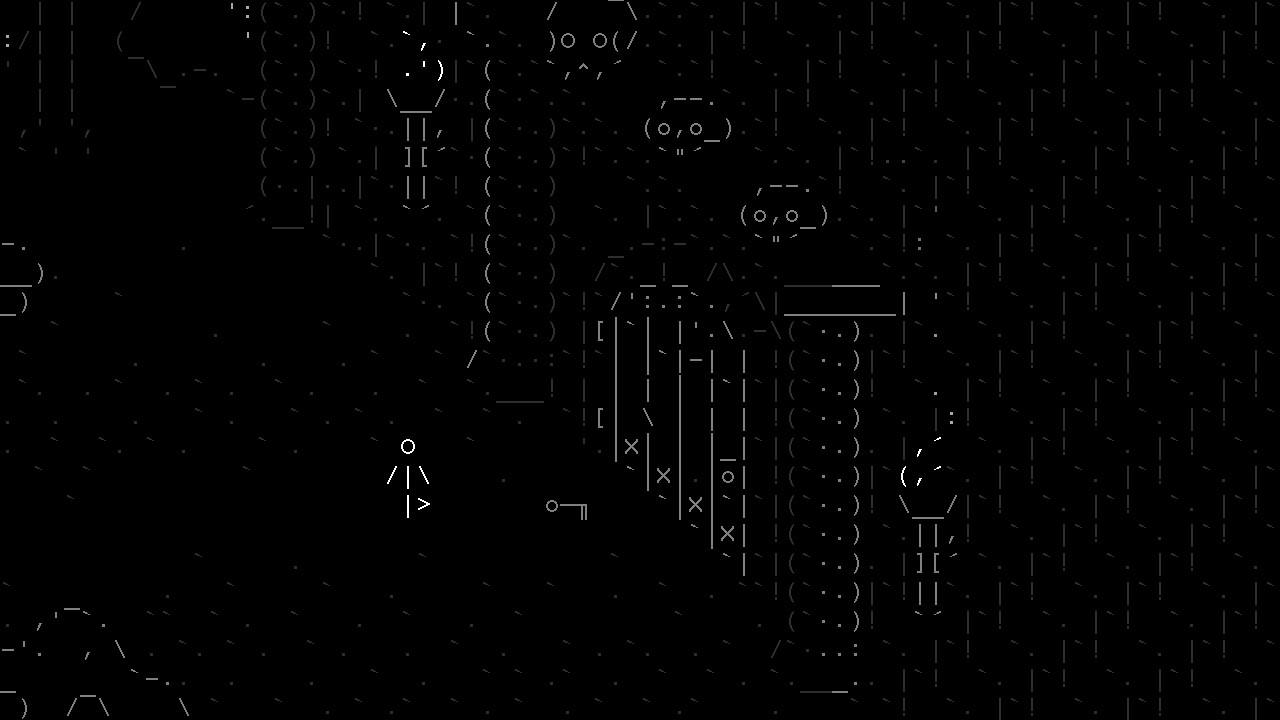 And the way the asymmetry of these mushrooms increases with size, as if they grow up fairly robust but decay over time until their rooves get soft and collapse inwards. Plus the quiet giant bug just hanging out in the foreground. 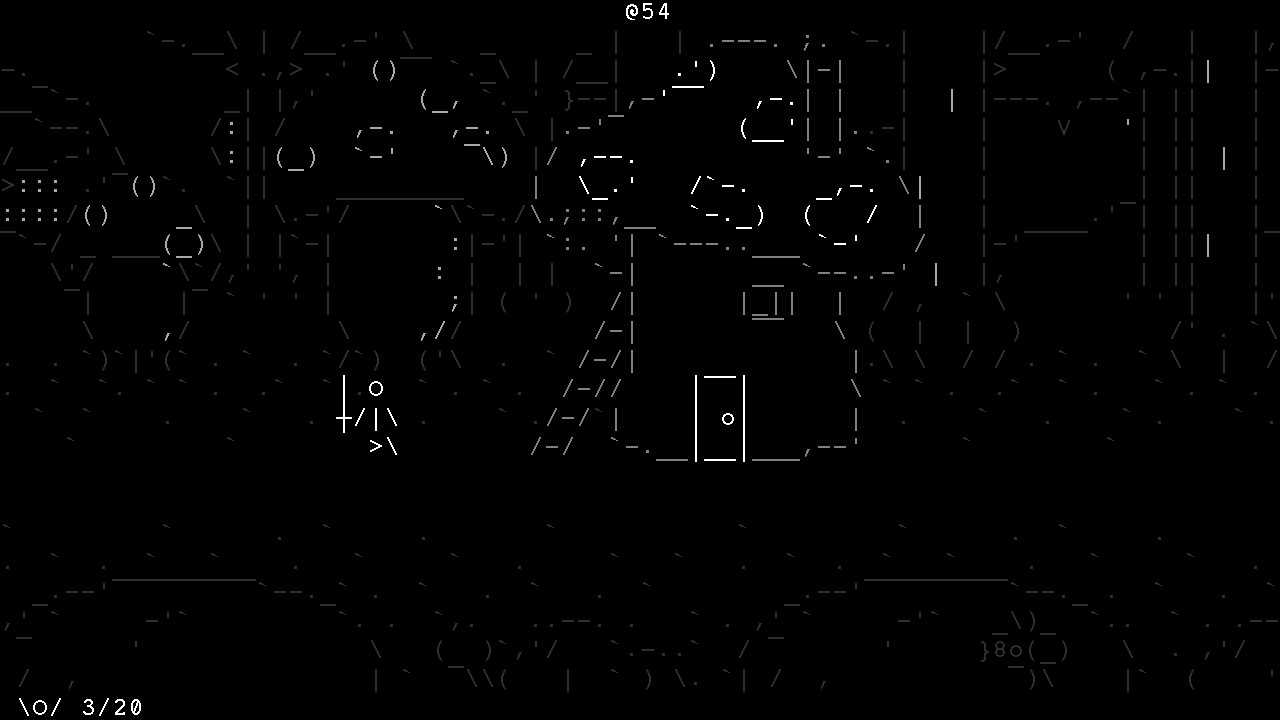 Do peep how the flames move, in the trailer or on the store page, though. Better than any hyper-realistic game I’ve ever seen.

The game is “fully playable,” and “the primary story arc is done.” However, it has a roadmap that’s estimated to run for “about one year,” before full release. Much of it is focused on what they delightfully refer to as the “elder” game, or ongoing content for those who want to keep playing beyond the main story. Since some of this will be “user-generated” (though it’s not specific what this means), it was necessary to get the game to players first.

There’s also a bunch of tweaks and additions listed, including more difficulty levels, items, quests, and commands for the in-game scripting language used to nudge the AI-controlled character in your desired direction.