I hate driving, but if it was the only way to reach the warmer months after a cold winter, you’d find me taking to the road as early as possible. That’s the plight of Summer Catchers’ protagonist Chu, who’s trying to make it south to finally catch some sunlight. The game is broadly an endless runner, but as you can see from this trailer, there’s a lot else going on besides.

Vehicle upgrades; strange, seemingly weather-based bosses; and light-refraction puzzles all make an appearance. So too, does co-op, which apparently makes the game twice as difficult despite being two people piloting a single cart. Sounds like the perfect recipe for chaos, but, you know, that’s certainly true to the road trip experience.

Most intriguing of all are the “strange creatures," described on the game's Steam page, "who ready to both help, and stop you from completing your quest of finally seeing summer.” I think those who are trying to prevent you might truly be the most evil enemies in video games, or any media for that matter. Chu just wants to feel the rays on her skin! And yet, they sure are a nice bunch to look at. Curious stone faces on the horizon, rampaging goats that'll look cute even as they chase you down, and especially this bioluminescent, decorated deer. 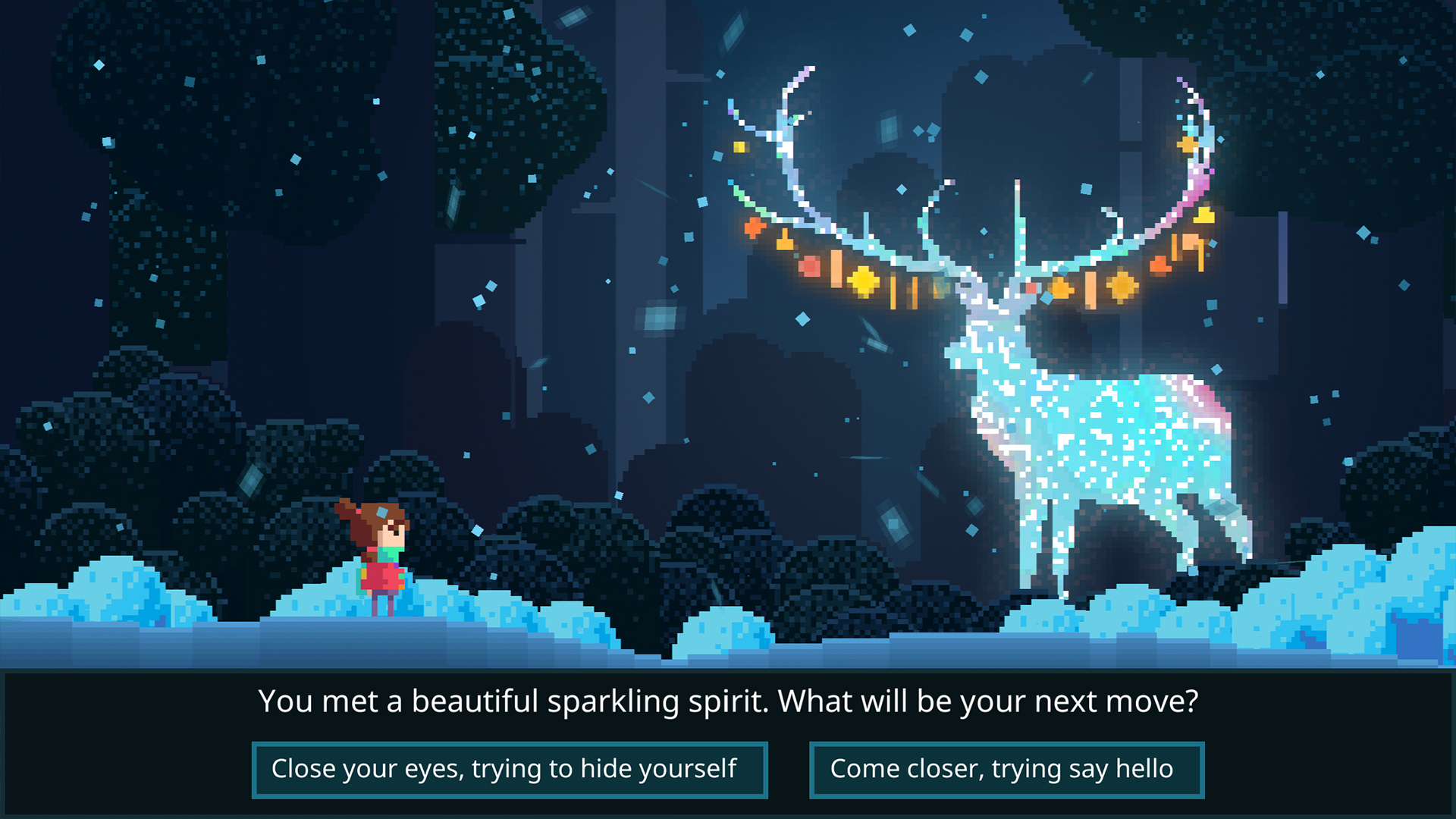 I’ll go ahead and assume they're one of the helpful ones.