I keep getting beaten up by strangers. Tekken 7 is as traditional a fighting game as they come. You punch, you kick, you get shredded to pieces by a robotic woman’s saws-for-arms. At recent games show EGX, I saw two fighting game pros facing off in front of an audience, knocking seven shades of showmanship out of each other. I sat down to watch, enthralled by the speed at which they pulverised one another. I thought: hey, I could do that.

But I cannot do that.

I installed Tekken 7, it being the latest game in the fighting series I have most experience with. I practiced with the character Law, a backflipping bargain bucket Bruce Lee. But I also tinkered with Feng Wei, a very cross-looking Chinese man with concrete fists and strong eyebrow game. The Tekken Wiki lists Feng’s occupation as “Chinese Martial Arts Master” and “Terrorist”.

In online fights, however, I did not do well. I suffered multiple individual defeats over the course of two weeks, culminating in a public humiliation on Twitch in front of a whole 18 people - a tournament fight in which a robot took off her own head and hurled it at me like a bowling ball (as mentioned on the latest podcast). I was duelling an Italian streamer. In this screen, you can see our health bars at the beginning of the final round. Note that I am shown to have won zero tournament fights as Feng. My tag line reads: “Go Easy On Me”. 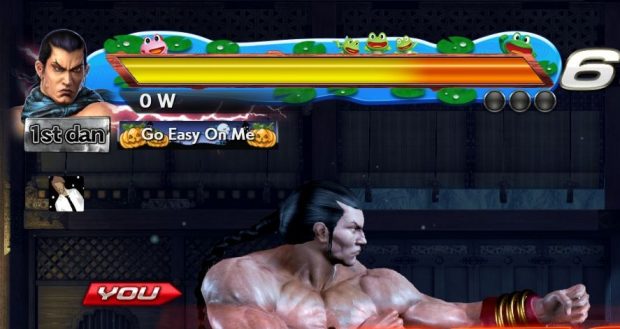 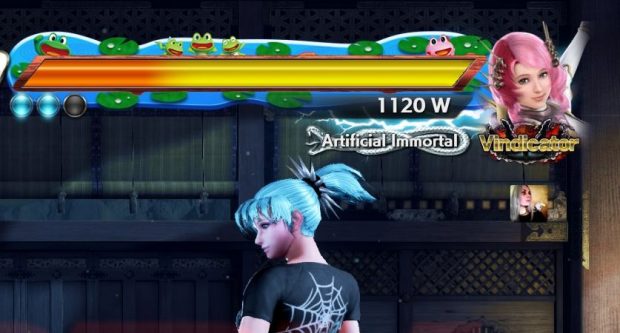 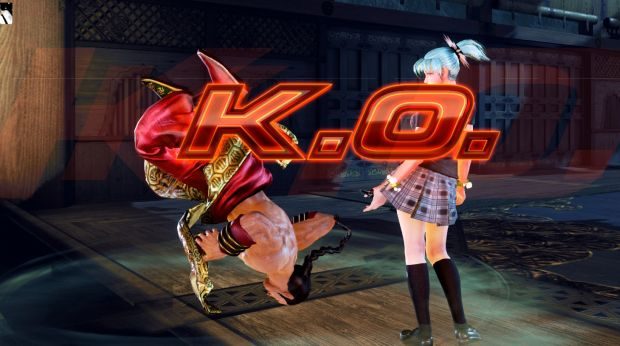 Reeling from the shame and degradation of this tournament, I have sought advice from a Tekken champ. Fergus McGee is a 23-year-old professional Tekken player from Ireland who’s been playing the series for five years. Normally, he plays with Asuka, a Japanese fighter fond of throws and reversals. Her hobby is listed as “Vigilantism”. Fergus has written character guides for the game before, so he may be able to help even me.

RPS: Hello, Fergus. I'm getting knocked out often. What mistakes do newcomers like me make?

Fergus: New players to the Tekken series will struggle at first if you want to get at a competitive level. You will have to go over the mechanics of the game as well as Fighting Game specifics like combos, frame data, punishment and so on. Basically it's easy to get overwhelmed by the sheer number of options in Tekken, it is a long and hard game... You have to learn how to crawl first before you can walk.

RPS: What is the correct response when a robot woman takes her head off and throws it at you?

Fergus: I'm assuming the robot woman is Alisa haha. I assume the aforementioned move is F414 (Forward Circle Square Circle) [Fergus plays on PlayStation, but we won’t hold that against him]. If you are far away from Alisa while she's doing this, you can tap up or down to sidestep to avoid the 3rd hit which is the head throw. Up close, you want to block the head then do Feng's B1+2 (Back Square + Triangle) to hurt her for doing it (we call this a punish). 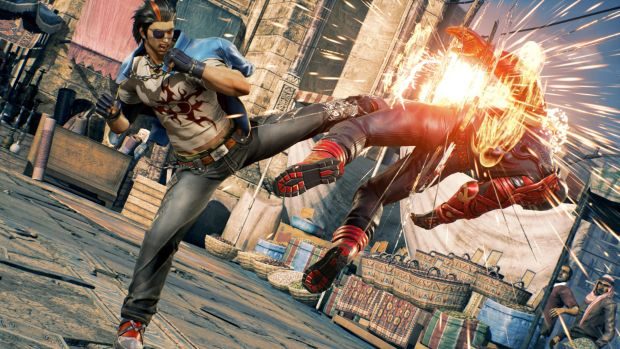 RPS: Like you say, I'm playing as Feng at the moment. What's generally the best approach to use with him? What are his strengths and weaknesses?

Fergus: Feng is a very versatile character with a lot of options. He's quite strong in this game, considered top five by some. His strengths lies in his poking game and damaging lows combined with strong mixup game. However he's not totally perfect as his combo damage without access to the walls is a bit low as well as having poor punishment in some areas.

RPS: I might need a glossary for some of what you are saying. How often would I need to practice to become a professional like you?

Fergus: Haha thanks for the compliment. It really depends on the person and how they approach the game along with their mentality. Some people learn at a faster rate than others. I know people who only started Tekken with T7 (so 4-5 months) and they're already doing better than people who have been playing Tekken for years. It just depends on how eager and hungry you are to learn and to improve at the game, ie asking advice, playing a lot, taking stuff to training mode. I've been playing for five years now and still feel like I have loads to learn. 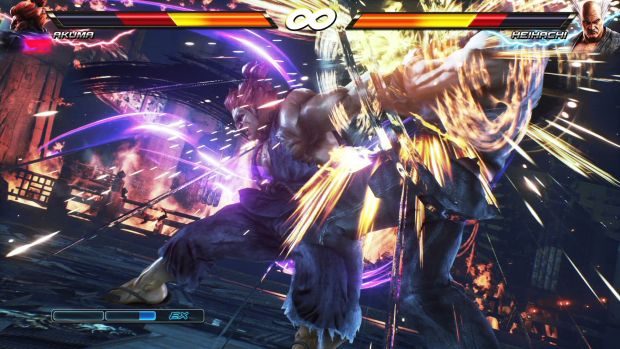 RPS: Why do I get this horrifying flood of adrenaline when I fight online?

Fergus: That's just the rush of playing fighting games. After all, you're literally trying to beat your opponent up haha. It's one of the best feelings ever to overcome an opponent who used to destroy you but then you slowly get better and surpass them. It's simply the thrill of the fight.

RPS: I got publicly humiliated by a twitch streamer. An entire 18 people watched me get booted around the ring like a hackey sack. What can I do to reduce the stress of performing?

Fergus: As a fighting game player, it can be hard to take losses. A mentality that I've found helped me for years is that you just have to accept that you are bad at the game, so there's less stress in losing and more willingness to learn and ask questions from stronger players. 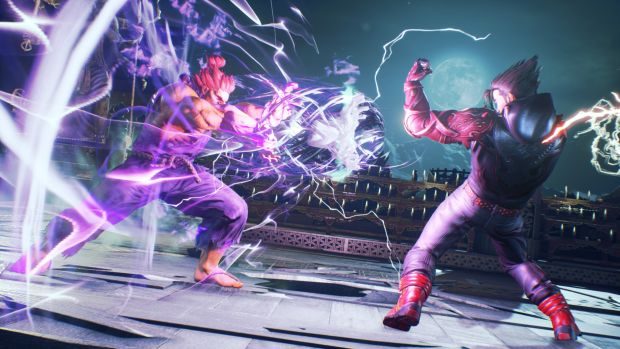 RPS: What is the best piece of Tekken advice you've ever been given by a fellow pro?

Fergus: The same advice I've given above, just think of yourself as trash at the game so you're more open to learning and accepting losses on the chin. As difficult as it can be sometimes, this helps a lot. Gotta have to play-to-learn and not play-to-win in most cases.

And so my journey towards becoming Slightly Competent continues. I am not the first white belt journo to try and trade his “whiffing” for winning. Friend and Cool Ghost Quintin Smith once tried to reach the top 10% of fighters in Street Fighter V, and a staffer at IGN tried to fool judges into thinking he was a real Tekken pro after just two weeks of practice. I will probably stop fighting in another week, mostly because I don’t think my adrenal glands can handle much more. But assuming I keep going, please offer your own advice in the comments below.