If you click on a link and make a purchase we may receive a small commission. Read our editorial policy.
Tell Me Why review
The pacing makes this one a very slow burn, but Tell Me Why is a good entry into Dontnod's library of stories about families and sad magic.

If you've played Life Is Strange or Life Is Strange 2, you probably know roughly what to expect from Dontnod's new story-focused adventure about about small towns and intense familial relationships, Tell Me Why. However, whereas LIS focused more on the teen experience of these themes, Tell My Why feels more like it's been made for grown-ups - or at least us as grown-ups and not the teenagers within us. Not because it's more sweary or any darker than LIS, but because the protagonists are adults dealing with adult problems.

In fairness, these problems are ones mostly rooted in their childhood. The Ronan twins are returning to their old home in Alaska for the first time in an actual decade after a fairly traumatic event one night that led to their separation. Alyson has been living in their home town in the intervening years, but Tyler hasn't even been back. By using their twin-bility to share sparkly ghost visions of past events, the Ronans begin to unpick what actually happened on that fateful night (which was dark and stormy, as well).

The snowy, rural settings you find yourself exploring are lovely places to look at, and there are little details to rootle out if you want to. Tyler and Aly can look at various different objects and comment on them if they have an interaction point, and there are some nice conversations to be had that aren't strictly necessary for advancing the plot. It's fun to get Tyler to comment on stuff to do with fishing, for example, since it's one of his favourite hobbies. Aly is more into astronomy.

Tyler and Aly are both very charismatic people, and during the course of Tell Me Why's three episodes (the second and final ones of which are out on September 3rd and September 10th respectively) you switch control between them. There's a lot of nuance in how their personalities have been shaped by those ten years apart from each other, and how their perspectives have changed because of it. I loved the conversations where they start off talking about games they played as children when they were very close - navigating the crawl space under the house, for example, where Aly misremembers which way to turn after the treasure chest - but which end up running into how they're now adults who have lived very different lives for the past while. 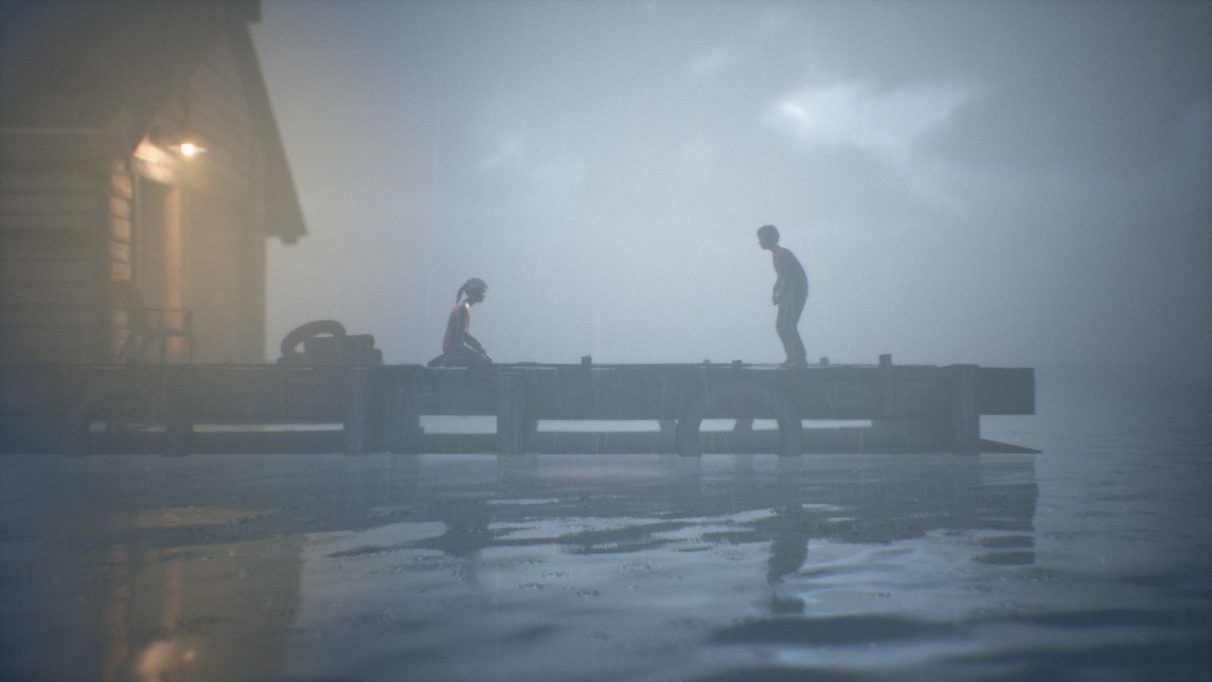 It works especially well when these sections are contrasted with their childhood flashbacks, or rather the twins' magical memory visions, which show the two of them as children. You can see how their characters in the present day have evolved from who they were back then. Aly is much more conciliatory than Tyler, and is keen to sell the house and move on, while Tyler has a greater need to keep digging and doesn't much mind if it disturbs the locals.

Tell Me Why got some attention before release because Tyler is a transgender man, and I'm not really qualified to talk about how good a portrayal of the experience of being trans his story is (but there are several different perspectives in reviews out there from people who are, most especially from a trans man). Dontnod have been at pains to point out the work and research they've done in telling it, though. Tyler faces microaggressions and confusion from some locals upon his return, but he isn't ever dead-named, for example. They created a a lengthy FAQ if you want to check what Tyler encounters. 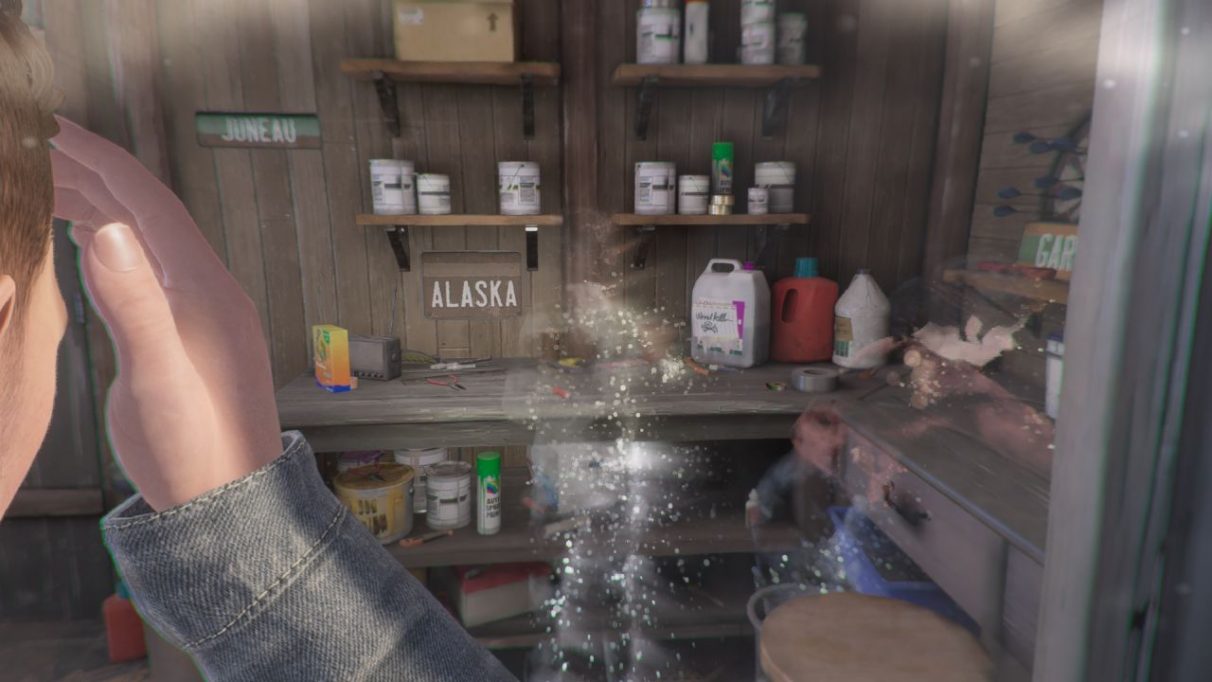 For the most part, Tyler being trans is normalised, and he talks about those aspects of his life in a very matter-of-fact way. Yet, despite Dontnod's insistence that "Tyler being a transgender man is part of the story, but not the centre of the story", Tyler being trans does in fact function as a huge plot point in the first episode. This has mostly disappeared by episode two, at which point he's also been fully accepted by all the locals, but it's a noticeable kind of bump in how the story moves forward.

The overarching plot itself is intriguing, if ultimately predictable. While the twins take a very long time to figure out that the made up fairy-tale characters in the stories their mother wrote are one-to-one representations of them and the townspeople, I still enjoyed their portrayal of the silly, specific games you play when you're a kid. It's all stuff you recognise if you have siblings. For example, one time I got very upset because I was playing imaginary fishing with my brothers and my older brother stole my imaginary fish. Mum couldn't understand why I didn't just imagine another, bigger fish. Tell Me Why captures that feeling very well.

These stories are also clues for solving a few puzzles scattered around the place, mostly of the boxes and doors with locks variety that have a "what if Resident Evil but wholesome wood carvings" vibe. There are other investigation sections, like breaking into and rummaging through police files, that provide you with something to do every so often, but none of these are at all challenging and there isn't a real sense of jeopardy or urgency at any point. 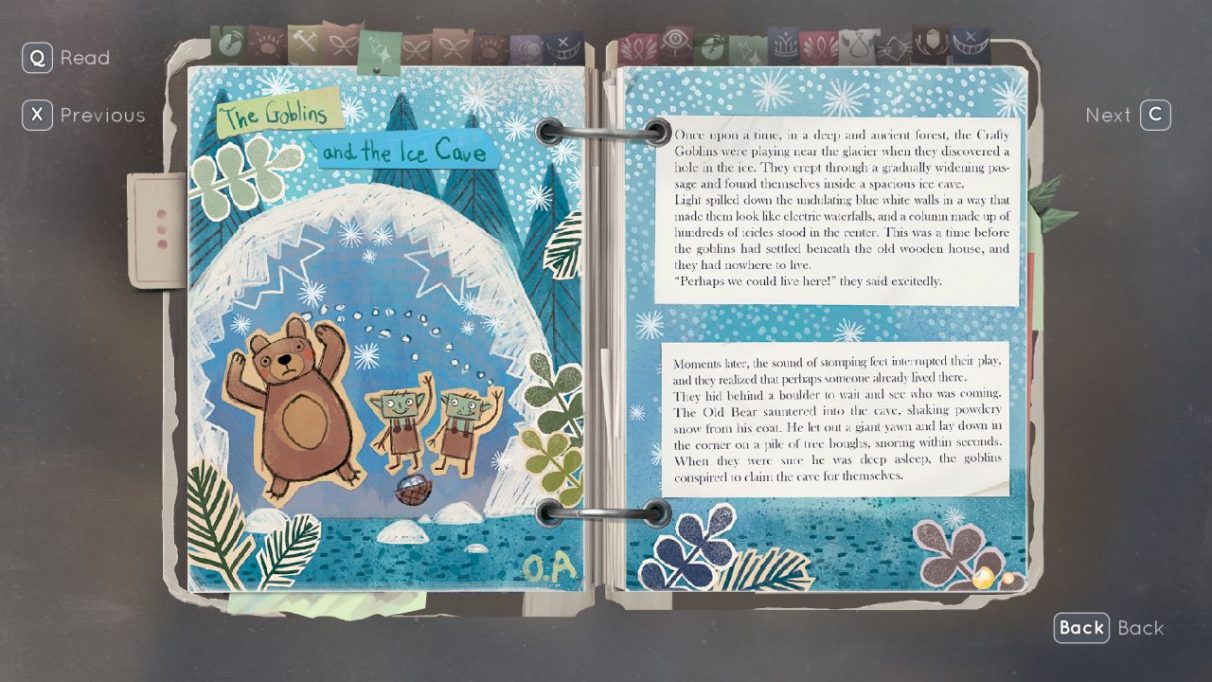 The game's main problem is that the pace of it is so slooooooow. This is, as they say, a game that's all about the journey rather than the destination, but even the bits where you get to use the twins' magic power to imagine ghosts of their memories are mostly passive interactions that simply involve watching a scene play out to its foregone conclusion. Said scenes can be sweet and / or interesting, but they rarely require much from you as a player.

Like your other favourite Dontnod games, Tell Me Why does also have different endings depending on what choices you make, but they, too, are much slower and more subtle than, for example, a huge time hurricane destroying a seaside town. Here, your decisions determine how good the twins' relationship is going to be by the end of all this. Sometimes, each twin will remember a different version of events when you're looking back at the past, and which one you choose will change which twin feels validated. Other times, the choice will be in dialogue: you know Tyler doesn't want to force a quick sale, so are you really going to accept a cash offer when you're playing as Aly?

These little changes in word and deed add up, though, and since Tell Me Why is very much about the twins and how they connect with one another, it makes sense that everything's so firmly centred around their growing or crumbling relationship. It's less dramatic than some of Dontnod's other outings (and probably not for those with short attention spans given the pacing), but Tell Me Why remains a good entry in their the library of stories about families and sad magic - and it's probably the most hopeful one yet.