Every year, Tumblr publishes its Year in Review, an annual summary of the biggest, hippest fandoms on the site. In 2013, the “most popular games” list included big names like Pokemon, Animal Crossing, Kingdom Hearts, Legend of Zelda and Mass Effect.

But the sixth one was a small indie game called OFF.

OFF is an RPG Maker game created by Unproductive Fun Time, a Belgian duo composed by artist Mortis Ghost and composer Alias Conrad Coldwood. First published in French in 2008, the game received an English translation one year later, and slowly started to get noticed outside of the RPG Maker scene. Adam Smith talked about  it on RPS in 2013. “[It] could be this year’s Space Funeral,” he said, “except that it wasn’t released this year.” 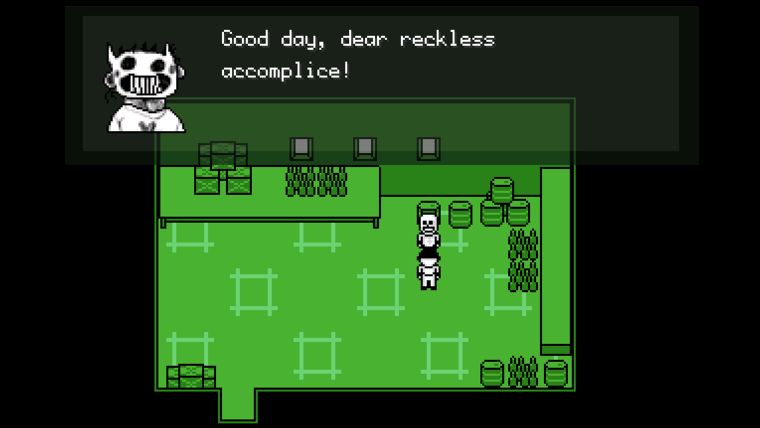 In OFF you play as the Batter, a guy in a baseball uniform on a mission to purify the world. Your guide is a cat with a Cheshire grin, and your weapon of choice is a baseball bat. If the premise sounds strange, the world you explore is even stranger: a brutalist hallucination made of rigid blocks and acid colours, where metal is harvested from cows and oceans are made of liquid plastic. It’s a hideously charming place, and the terrific soundtrack makes it even more endearing to explore. It’s no surprise Mortis Ghost lists Killer7, the absurdly stylish shooting game from SUDA51, as one of his main inspirations. 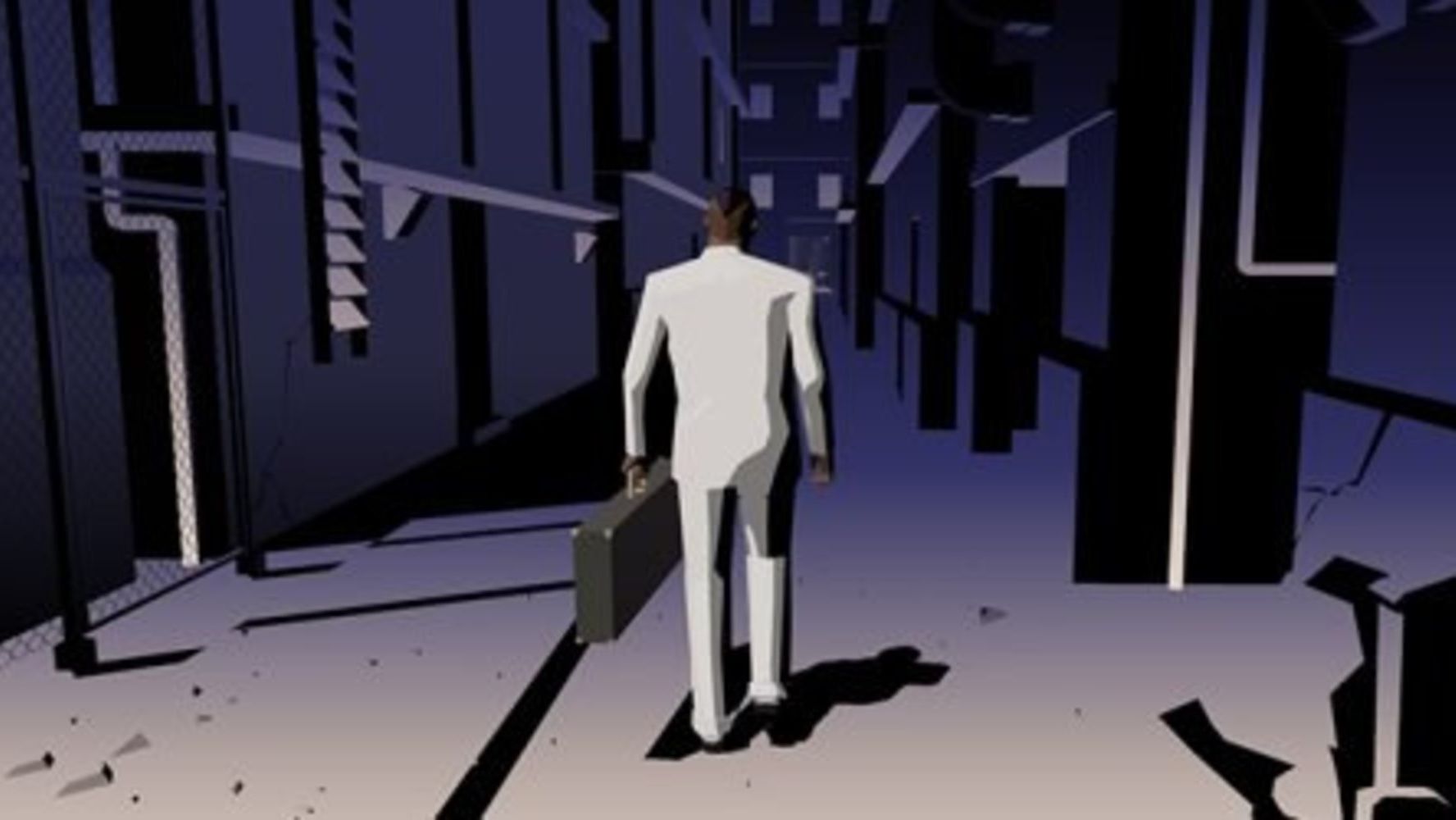 If OFF’s only virtue were its atmosphere it would have been an interesting game, but not a great one. Luckily, there's more to it. Alas, it’s difficult to talk about what makes OFF truly special without utterly spoiling it. I have tried to stay vague, but read on at your peril.

At a first glance, the game plays like your average RPG Maker game, with turn-based battles, puzzles and the occasional cutscene. As you reach the final zone of the game, though, OFF fully reveals its ugly, ugly insides, becoming even more nightmarish, more devilish in its puzzles, and utterly destroying the fourth wall to make a point about violence in games. 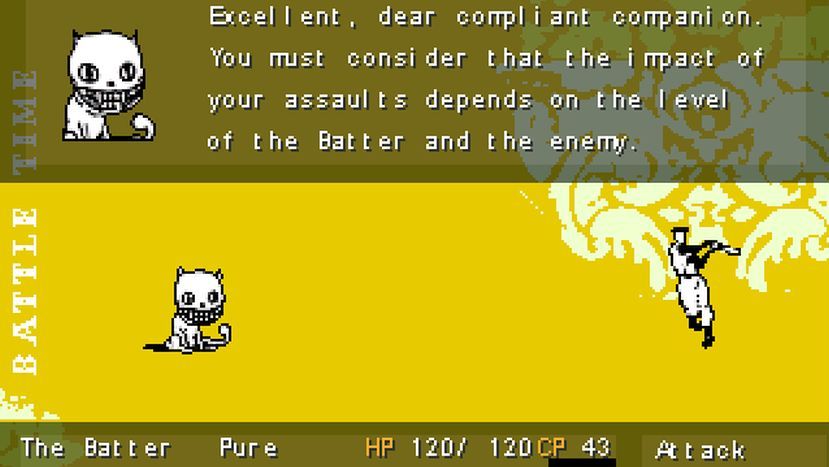 Playing OFF today, it’s difficult to feel impressed by its final twist. In ten years we have had to deal with way too many games that instructed us to kill, only to reveal that we are the villains, actually. Games that say “hey, isn’t violence bad?” without giving us other means to interact with the environment. (I’m looking at you, Far Cry 3. And also at you, Spec Ops: The Line. Oh, and you too, Bioshock: Infinite). 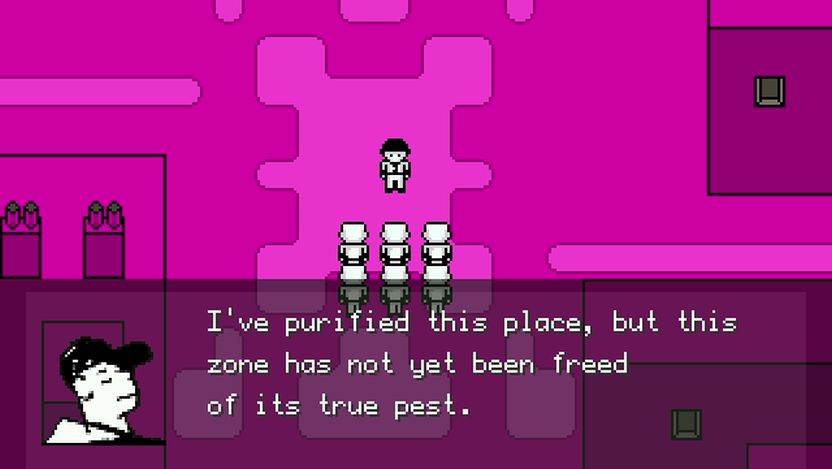 But OFF also makes very clear that the player and the Batter are not the same person. The game continuously breaks the fourth wall to let you know that yes, it knows you aren’t acting with malice. The Batter has his motivations for his blood-stained quest; you are just playing the game. I don’t think OFF wants you, the player, to feel bad. I think it just wants you to think about what games are, and what they could be.

They could be Undertale, for example, a game that feels like a direct answer to OFF. Violence is bad? Here is a game where you can still have a battle system, but don’t really have to kill anyone. Here is a game where the characters acknowledge your murders. In the Undertale Artbook, Toby Fox mentions OFF multiple times as a source of inspiration — explaining, for example, that Papyrus’ original design was inspired by an OFF character, Dedan. It’s no surprise that Tumblr adores Undertale as much as it adored OFF. 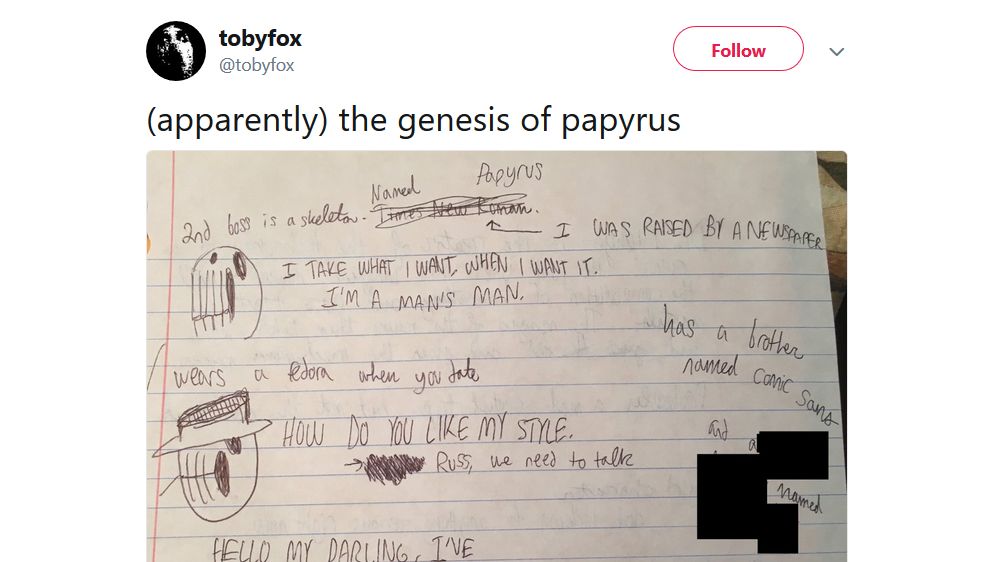 Undertale may be OFF’s more famous descendant, but it’s not the first: OFF fan games are so many, there is even a wiki to list them all. Part of this success is owed to the game’s engine. Old RPG Maker games couldn’t be encrypted: everyone could vivisect a game and poke at its entrails, learning how to replicate their favourite parts. The idea of using the same engine the original creator used to make a fan game feels tremendously empowering, and I suspect that’s why many famous RPG Maker games, like Yume Nikki and LISA, also spawned countless fan games. OFF’s artist and story writer, Mortis Ghost, answered this sudden explosion of fan works with: "I don't think it’s a good idea, but I won't stop you".

“I won’t stop you” seems to be Mortis Ghost’s default attitude when it comes to dealing with his fandom. Shipping characters together? Sure, do what you want. Writing long, elaborate fan theories? Go ahead. Hey Mortis, is my fan theory plausible? If it makes sense for you, then it is. 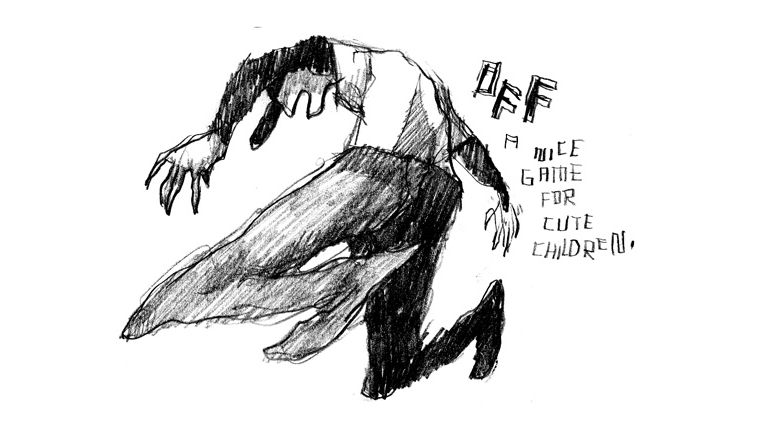 In a FAQ, OFF’s co-creator Alias Conrad Coldwood defines Mortis Ghost as "the personification of Dada".

"I think he likes the unimportance of things, something along the lines of 'Suddenly, a big thing happens! But it was really nothing at all. The End'. In that aspect I think OFF is post-modern, it's like a catalyst, an ignition point to something else."

OFF’s plot is a cauldron of metaphors, surrealism, and biblical references that are there just because they sound cool. If the plot has one “true” meaning, I doubt even Mortis Ghost knows it. 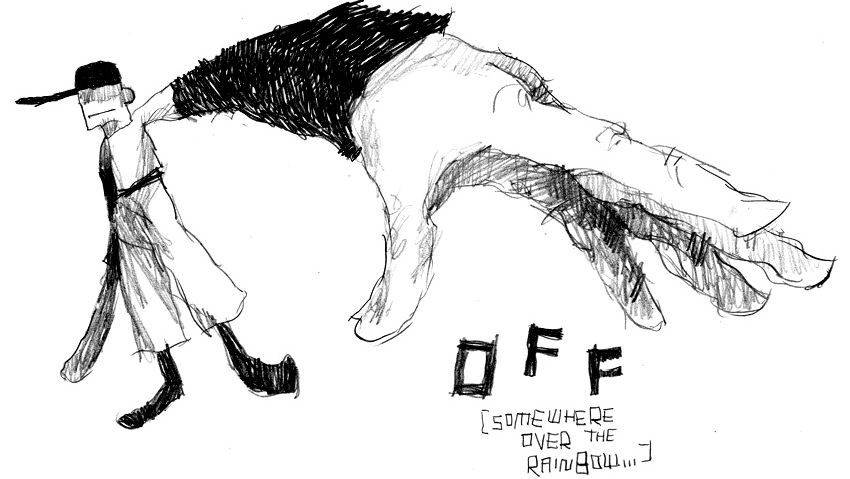 It’s a story that allows for a multitude of interpretations, but it’s also one that clearly states: “here, this is the official ending. And this is the non-canon one”. By letting the players choose, the game gives fans permission to disregard the author’s intentions and believe in their version of the events. When nothing makes sense, everything can be canon.

In a world where death of the author has become a familiar concept, Mortis Ghost perfected suicide. And thanks to his heroic sacrifice, OFF lives on.

You can download the latest version of OFF for free here.