As you explore the world of Terraria, more NPCs will flock to your town with the intention of moving into rooms you build for them. Most NPCs can sell items from explosives to ammunition for guns, but other NPCs can provide services for a small price, for example the nurse can heal you to full health.

So yeah, there are quite a few different NPCs out there. They each with their own set of requirements that you need to fulfil before they move into your town.

This Terraria NPCs guide details how many NPCs are in Terraria, and how to unlock NPCs in both pre-Hardmode and Hardmode.

There are 28 NPCs and 3 pets in Terraria. Only the guide will be in your town at the start of the game. The rest require certain conditions to be met to unlock. If we break down the types of NPCs in Terraria, there are:

What happens if my NPC dies?

NPCs aren't invincible, though it isn't the end of the world if they die. When they are killed they are gone until the next day. There are some notable exceptions where you need to have an item in your inventory for them to reappear, such as the Demolitionist and Arms Dealer that require either explosives or bullets respectively.

Thankfully NPCs aren't just meat shields. Most of them have weapons that they can defend themselves with, should your defences fall and enemies gain access your town. This is particularly important during a Blood Moon when zombies can open doors. 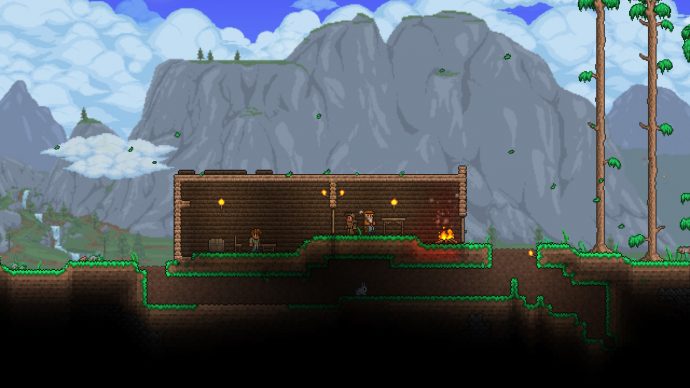 Moving in requirements for Terraria NPCs

In addition to meeting an NPC's own personal requirements, you'll also need to build a room for every single NPC. These rooms need to be built to a certain specification. Once built, the NPC will happily move in after a short time. The optimal room has:

These rooms can even be built in the air. You can remove the supports once the house is built to make these houses float. NPCs will live in these floating rooms happily and it prevents monsters from being able to get inside, since the floating houses can be placed above an enemy's jump height.

Most NPCs in Terraria will visit your town when you've met their requirements. You'll also need to have built a room for them before they arrive. An NPC's arrival is indicated by text that appears on-screen.

Some NPCs are special. They're either pets, for which you need to buy a licence from the Zoologist, or wandering NPCs that don't settle into town.

Here are all the NPCs that will appear before activating Hardmode:

To get these Hardmode NPCs to appear, you'll first need to activate Hardmode. This is done by defeating the Wall of Flesh boss. To make it appear, you'll need to do the following:

Once the boss is killed, you'll activate Hardmode immediately. You'll keep all previously unlocked NPCs in your town.

Here are the extra NPCs that can settle in your town once Hardmode is unlocked:

That's more or less how to unlock every NPC in Terraria. Thanks very much for reading our guide and if you have any tips of your own, do leave a comment.

There are few other guides featured for the game covering the Journey's End update that came out in 2020, so if you want to learn How to make a bed in Terraria, learn Best wings in Terraria, or all about summoning and defeating the Terraria bosses, then do have a look at our other guides.