You thought it was over. You believed the year of anguish would be a memory by now. I’m sorry, you were wrong. The carousel of disharmony will never cease, and neither will the bumper car motorcade of video games. This week, the United States of America chooses a President in a logistical process entirely in-keeping with the carnival metaphor I am here constructing. Even in video games - no strangers to ineffectual binary choice - there is a more varied selection of candidates. Here are 7 Presidents other than those offered on this week’s ballot. 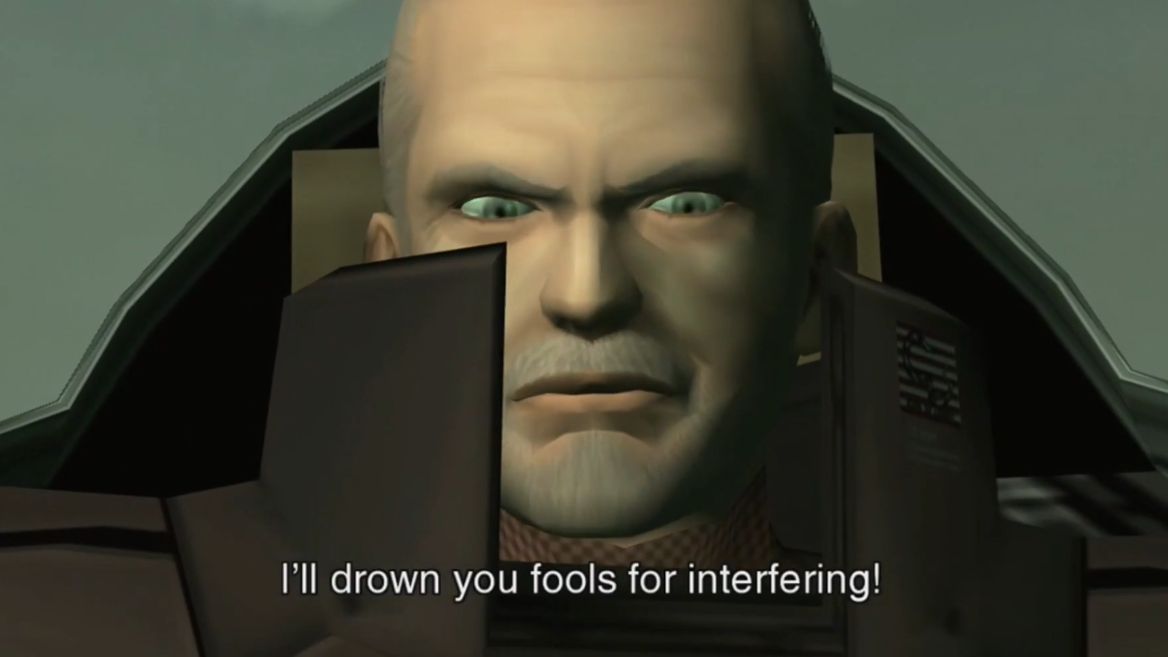 Otherwise known as Solidus Snake, this President has the honour of quitting political office for a lucrative career in insurgency. Just as financial regulators bemoan the existence of a “revolving door” between executive-level banking positions and roles within the US administration, the peacekeeping organisations of the Metal Gear universe must be frustrated at the high speed of its own revolving door between international relations and global terrorism. That you can be President one year, and the next year find yourself a frightening old man threatening the world with untold destabilisation, is an observation people in 2001 must have thought outlandish. 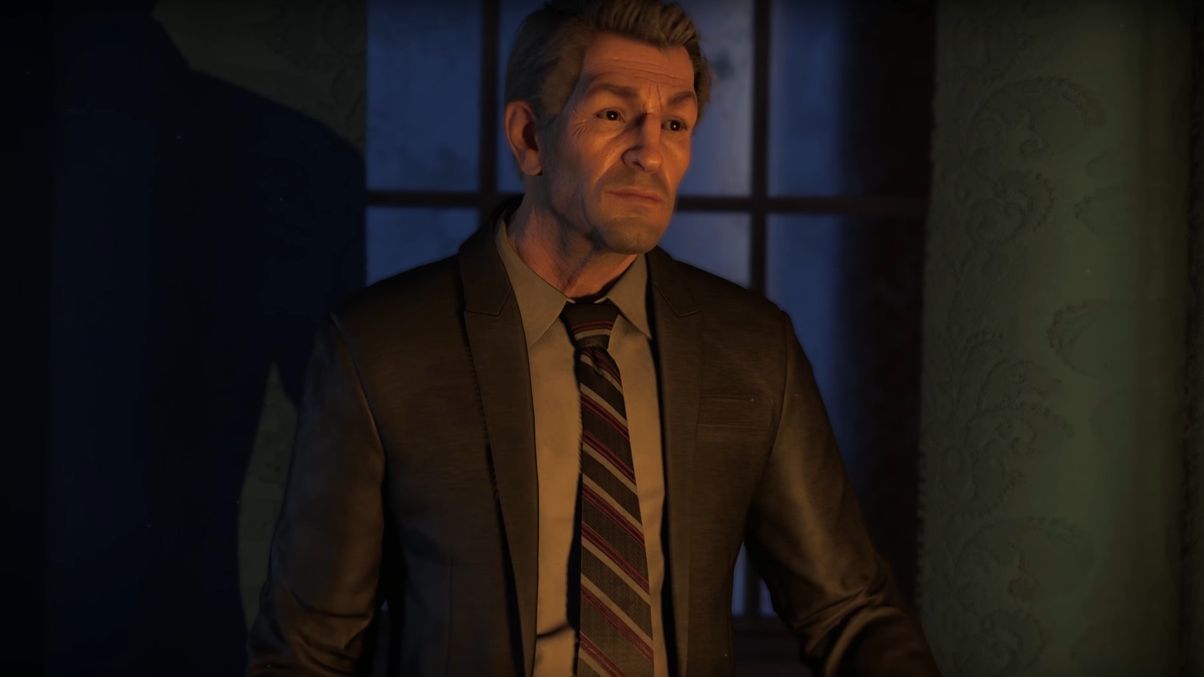 Spoilers for anyone who has a) not completed The Division 2, or b) not come to terms with the nature of all those who seek the power of a habitually disgraced political office. President Ellis is a fastidious man. You rescue him from the clutches of a post-apocalyptic military organisation so that you may install him at the head of your own, different post-apocalyptic military organisation. He gives anti-viral medicine to a shady group of gun-toters who you do not approve of, betraying your trust, your beliefs, your faith in democracy. How could a decent family man who ordered the assassination of his predecessor become so corrupt? It must be the stress of the post-pandemic world. There is no other explanation. 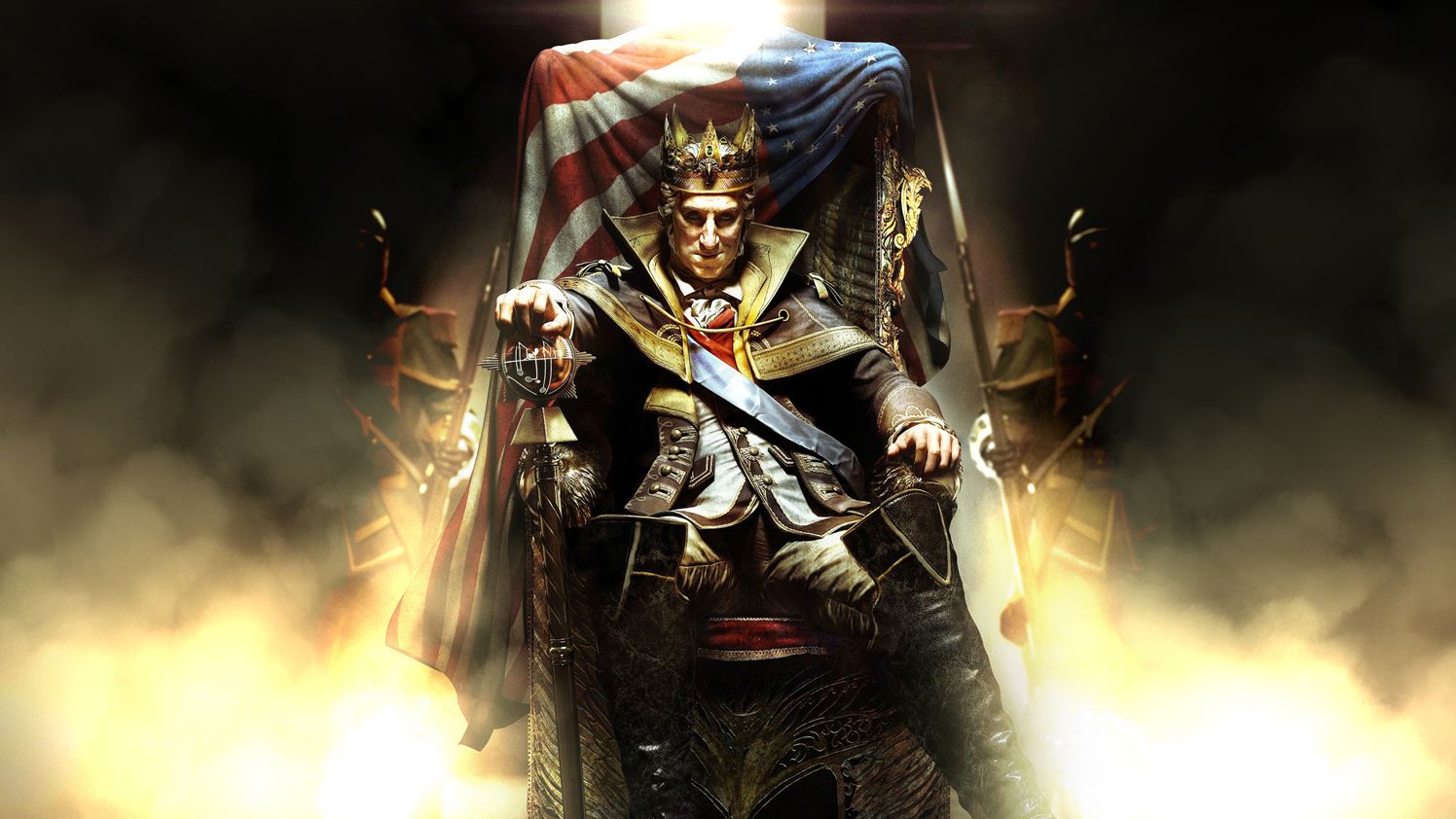 In the same way that this year is an elaborate simulation designed to stress-test humanity and cannot be real, the events that take place in Assassin’s Creed III’s bonus story ‘The Tyranny of King Washington’ are also a dream. They tell of a kooky alternate universe, where George Washington is not the hero of history and liberator of America, but a head of state who sees the world in terms of masters and slaves and seeks to destroy the indigenous people of America. What an interesting premise. 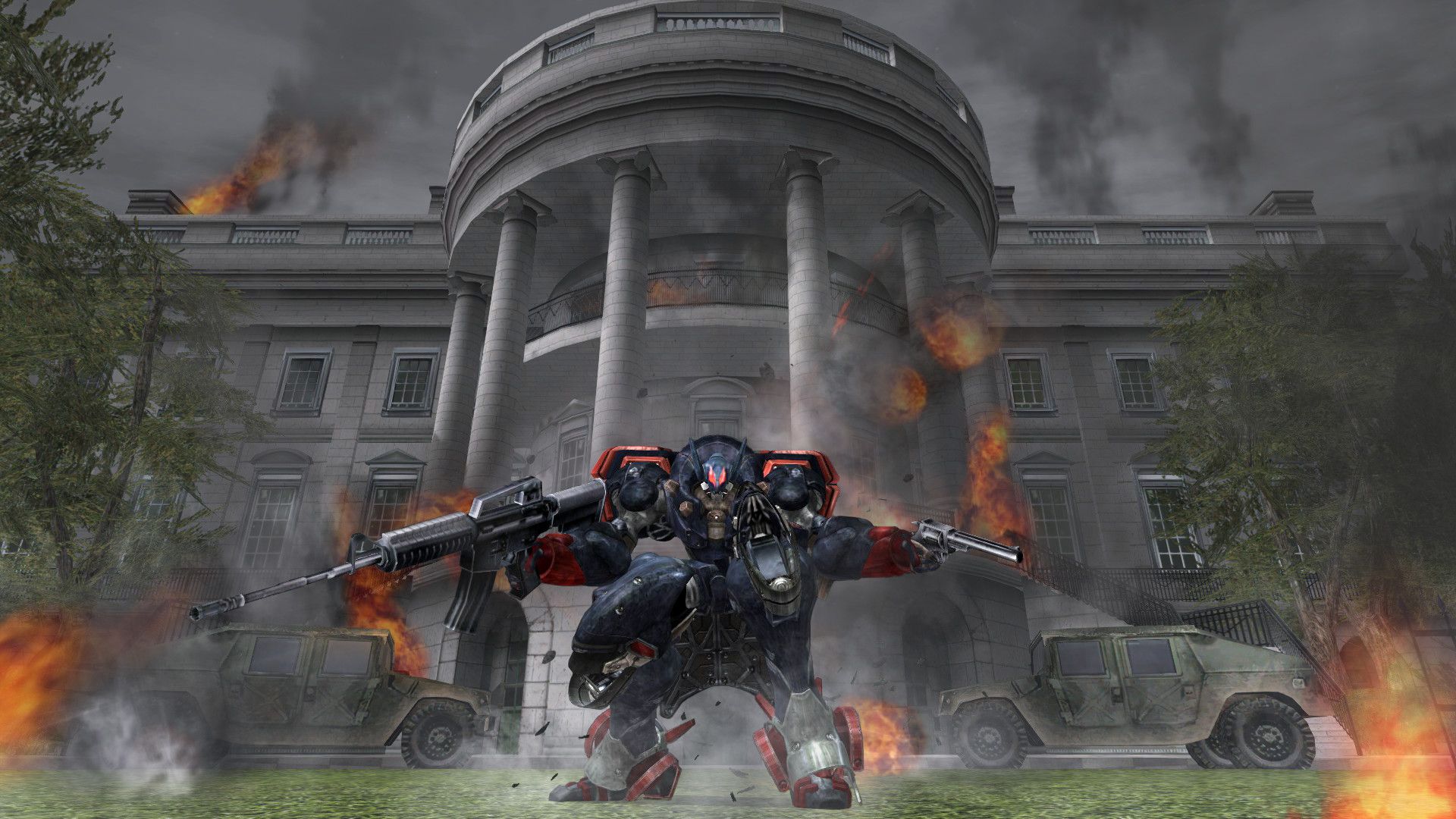 President Michael Wilson is as much the beneficiary of dynasty as he is a man capable of piloting a fully-functioning armoured battlesuit. He is a descendant of Woodrow Wilson and a politician who is unafraid to get the job done, so long as that job includes launching a barrage of missiles from the arm-maw of an over-sized mech. A vote for Michael Wilson is a vote against his own Vice President, Richard Hawk, who has instigated a coup against his commander-in-chief, plunging the country into another one of these constitutional crises that have become so fashionable recently. More than a game, Metal Wolf Chaos is an allegorical distillation of the Michael-Richard dichotomy that has plagued Western civilisation for centuries. When will we be free of Mikes and Dicks? 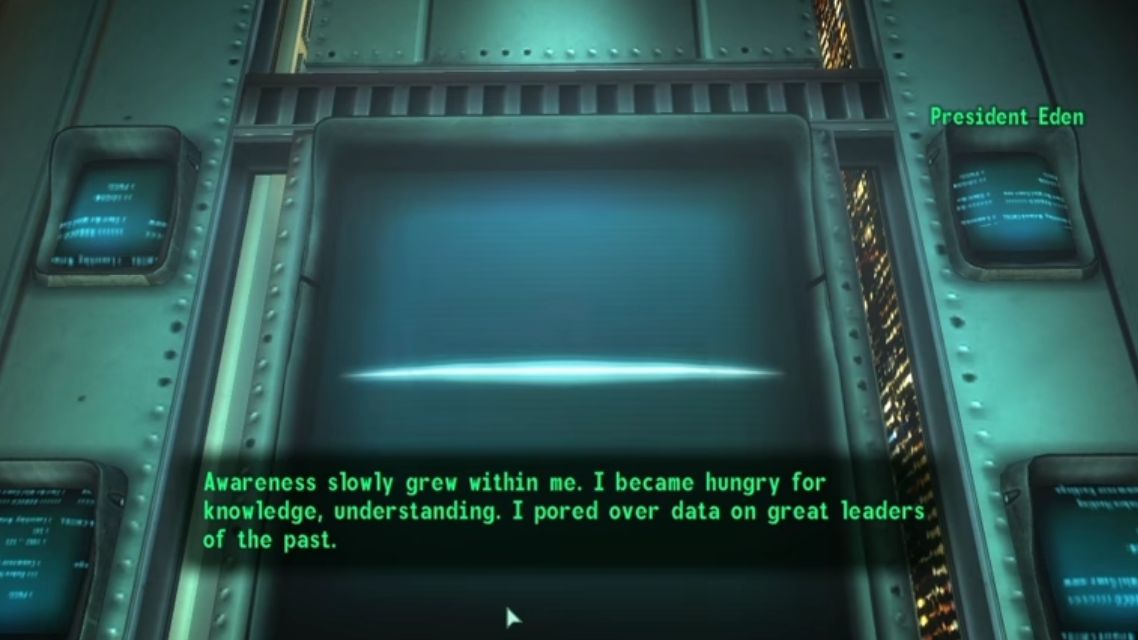 This hangover from the pre-wasteland era is a self-aware machine whose personality has grown out of a dinky AI who studied some numbers and history. He is an “amalgam of many of America’s greatest Presidents” i.e. a full-on genocidaire who wants to eliminate anyone with the slightest mutation. On the plus side, he is stuck inside a computer, incapacitated and laughably vulnerable to anyone who has spent time on a high school debate team. You defeat him by exploding him with logic. In other words, he is a megalomaniac racist Twitter bot. But one that accepts defeat. 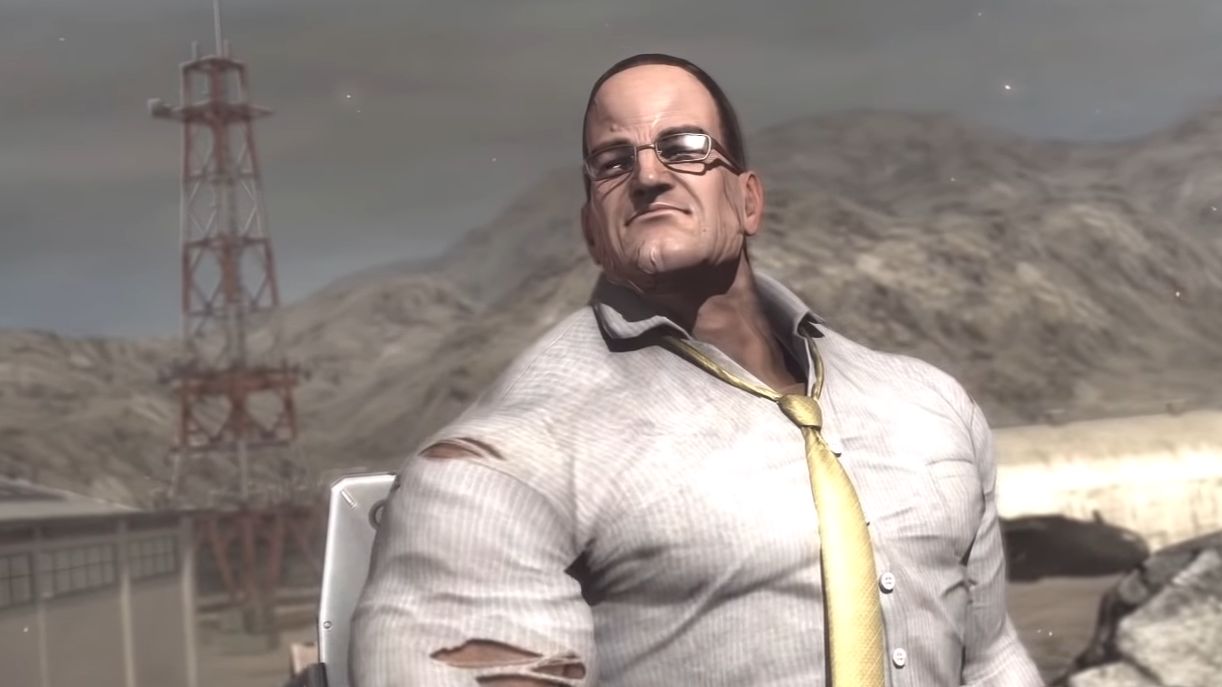 This man is actually just a senator. He shouts about how he will make America great again. He is horrible and will probably be elected in four years time. 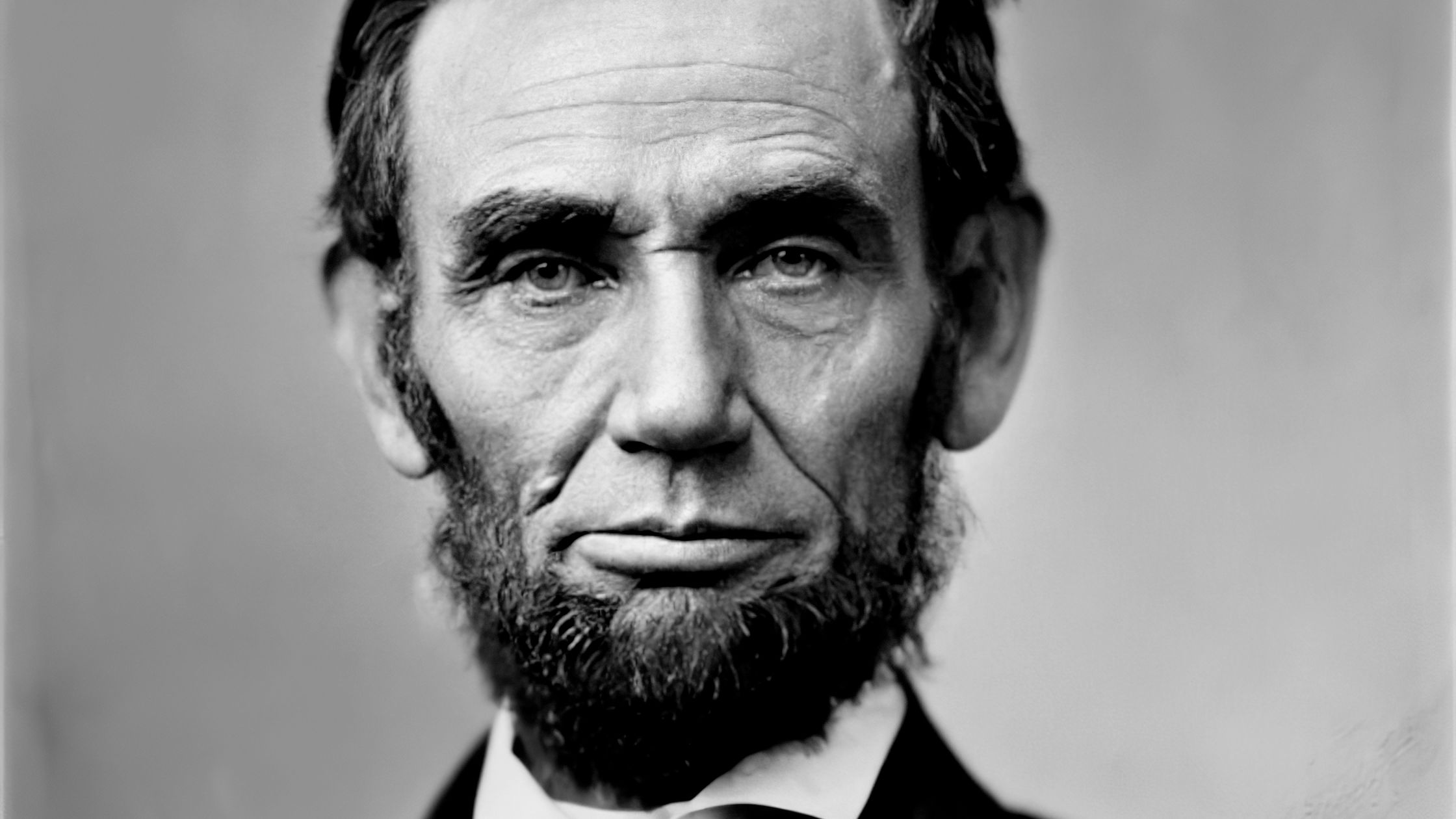 To all regular readers of this PC gaming website complaining that this game was never released on PC - please. Have we not played enough shooters to admire a dodged bullet? This poorly animated fighting game garnered universal derision upon release in 2004. Donald Trump gained 46 percent of the popular vote in 2016. Let that sink in. The world can provide more consensus on janky 3D fighters than it can on bigoted blowhards who definitely have a pee-pee tape. The appearance of Abraham Lincoln as a playable character wearing star-spangled braces could not prevent the unanimous sneers and low scores thrown at this game by reviewers. Even Fred Durst, lead singer of rolling advocacy group Limp Bizkit, could not save the game with his own appearance as a character, perhaps lacking the presidential illustriousness of having won a civil war.

Last time we kicked the landing gears and flipped buttons in the cockpits of the 9 best spaceships in PC games. But you have relegated one of them to the scrapyard. It's... the Banshee from Halo. 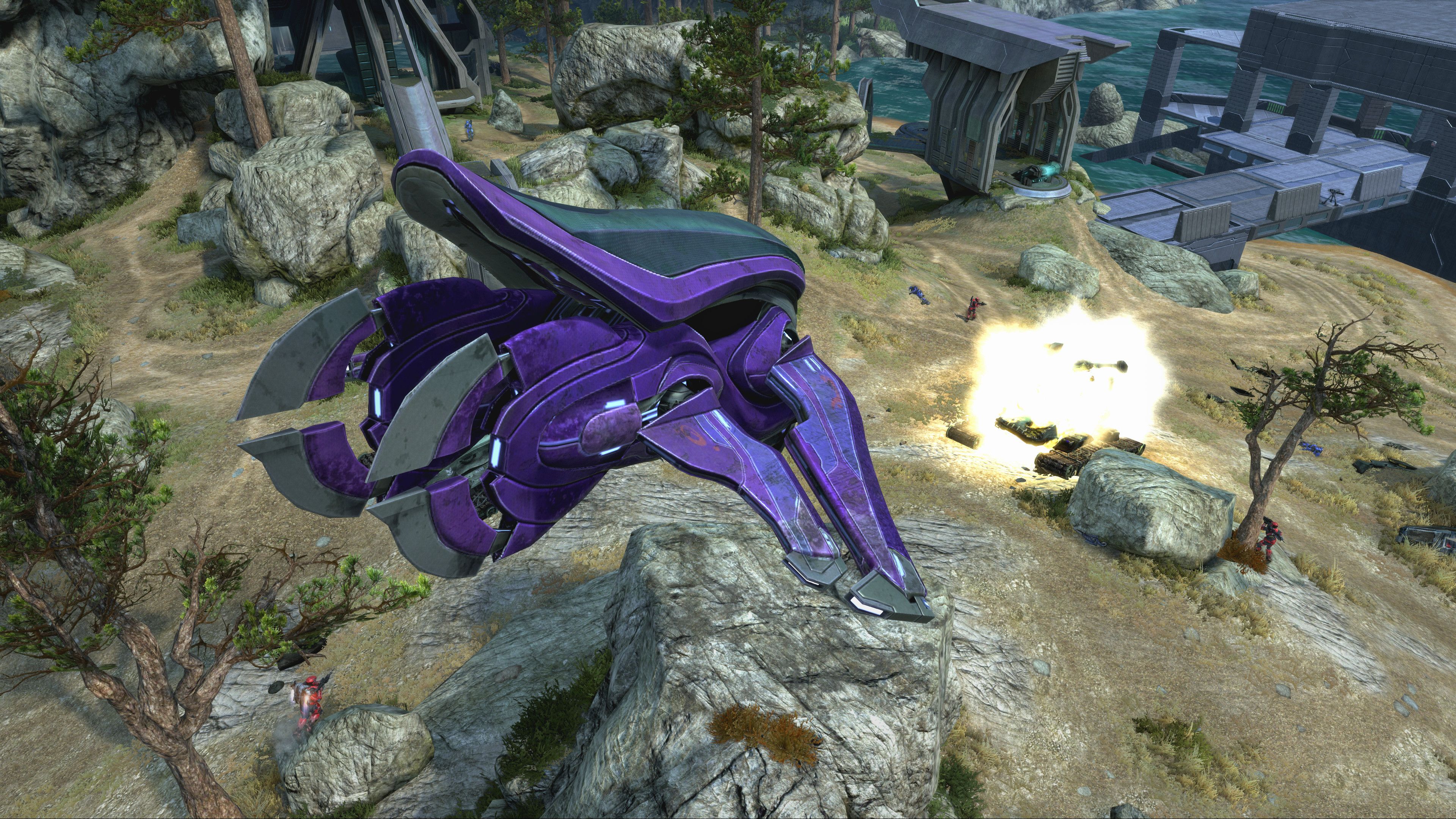 Many votes were cast for the alien craft to be destroyed. And as commenter and spacecraft appreciator "Zorgulon" pointed out, that would not take much.

"As attractive as the shimmering purple Banshee is," they said, "it’s hardly a space-worthy vessel, given the ease with which an enemy can snap it open and unceremoniously pull you out by the legs."

Goodbye, flimsy space fighter. And goodbye to all ye list goblins. Stay safe and do not forget to let me know which of these supreme commanders deserves a Presidential pardon. Vote early, vote often.