There are only five days left to furtively flick through your cousin’s Facebook page in a desperate attempt to understand them as a person. But you do know one thing: they love to play those videogames. That’s enough to go on, surely. You can just type “gamer gifts” into the cybervoid and see what comes out!

Here are the 8 worst gifts for PC gamers, and if any other list goblin tells you otherwise they are a scurrilous crook and they want your money. 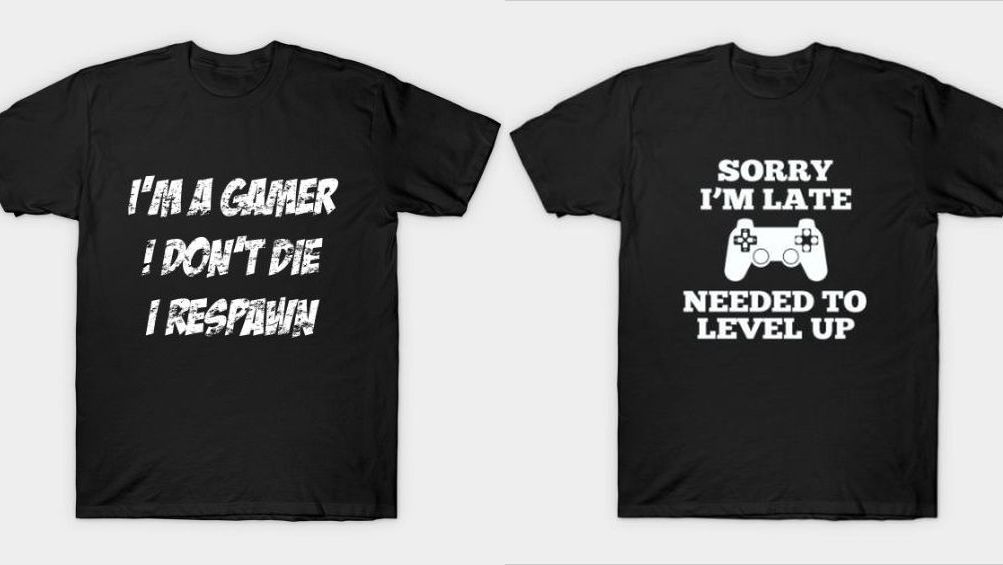 The worst offender. Gamer t-shirts are the perpetual curse of our pastime. A cotton pox of catch phrases, in-jokes, and black fabric. The worst are teen-targeted tees that revel in anti-social stereotypes, or those that take cringey pride in the bizarre notion that playing Destiny 2 makes you a pariah, and not, for example, a mum with 45 spare minutes. Others repeat eroded references that serve as needy broadcasts for acknowledgment from other players in the street. And some are simply logos or game names, turning the wearer into a legged advertisement for an unreleased hypegame, a walking pre-order, and beacon of unhealthy fandom. There are many good t-shirt designs among the endless landfill of white-on-black font. But judge carefully. A good t-shirt test is to ask yourself: would somebody who doesn’t like games, but does like cool t-shirts, wear this? 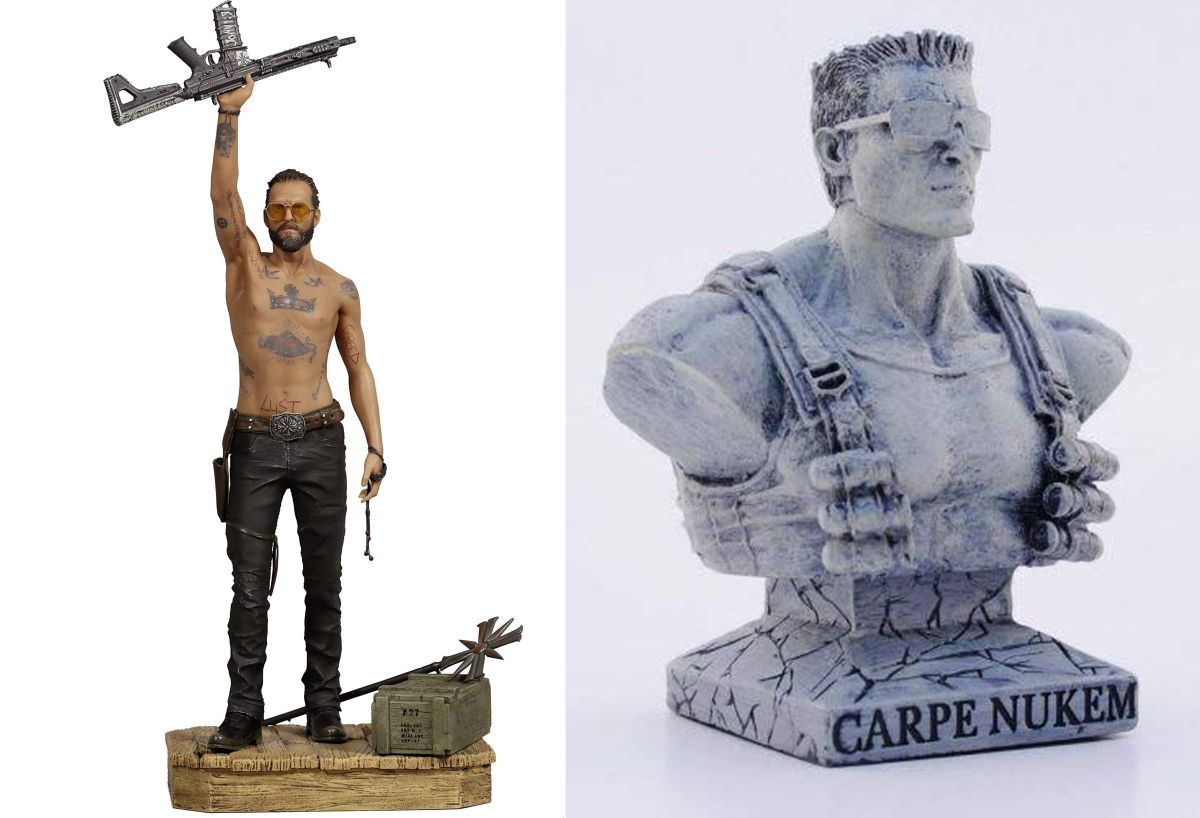 Unless your unwitting gift-getter collects these merchy statues, it’s better to forget it. And, uh, even then... Thankfully, even a clueless Christmas shopper will know to avoid Dead Island boob torsos, and dubious cyberbabes. But other statues are just as terrible. This bust of Duke Nukem should be bought only if you intend to commit it to a cosy log fire. Likewise, please do not encourage the prepper rhetoric of your misguided nephew by buying him a 14-inch figurine of Joseph Seed from Far Cry 5. Avoid at all costs this phone-charging statue of Tails, extending his gloved paws with mournful entreaty like some sort of tragic taxidermy. 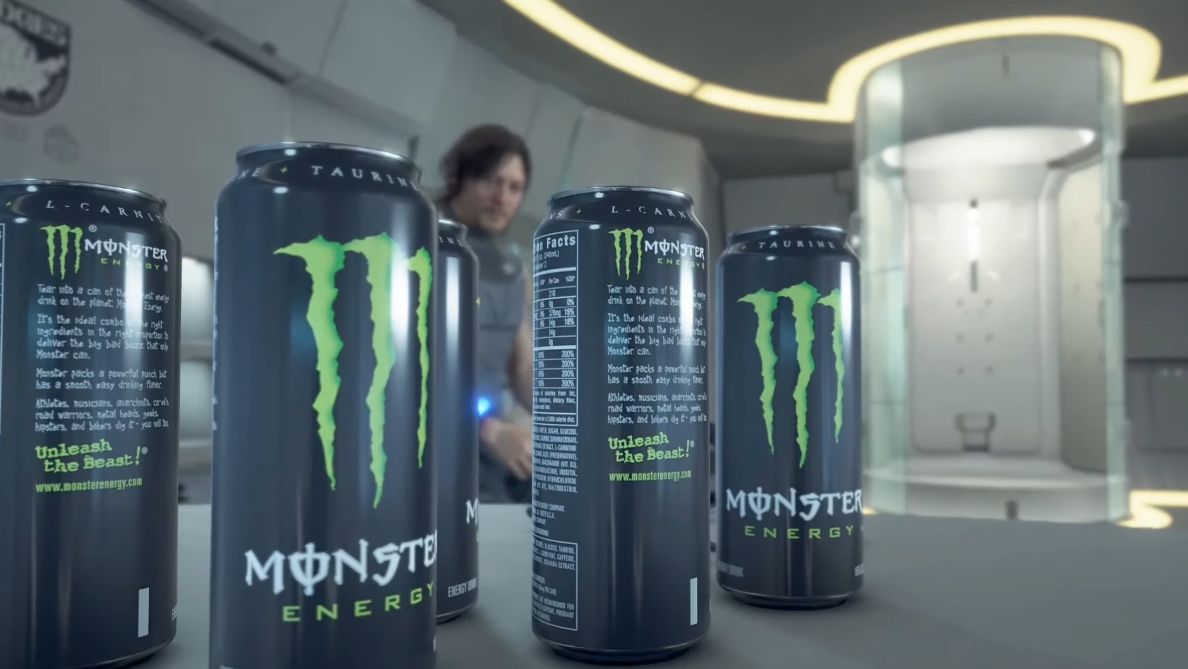 Legitimately included in at least one list of “gaming gift ideas”, Monster Energy is a malodorous fluid containing questionable levels of stimulant. You know the end of the Grand National on TV? When the winning animal unashamedly hoses its bladder as the jockey is interviewed? That’s where Monster Energy comes from. There is a man who rushes in to collect the equine urine in a novelty-sized conical flask, and that is why the camera pans away, to cover up the distasteful origins of the so-called “energy drink”. By giving somebody a case of this life-shortening substance, you are effectively saying: “I acknowledge the existence of coffee, but I got you 12 cans of racehorse piss instead.” 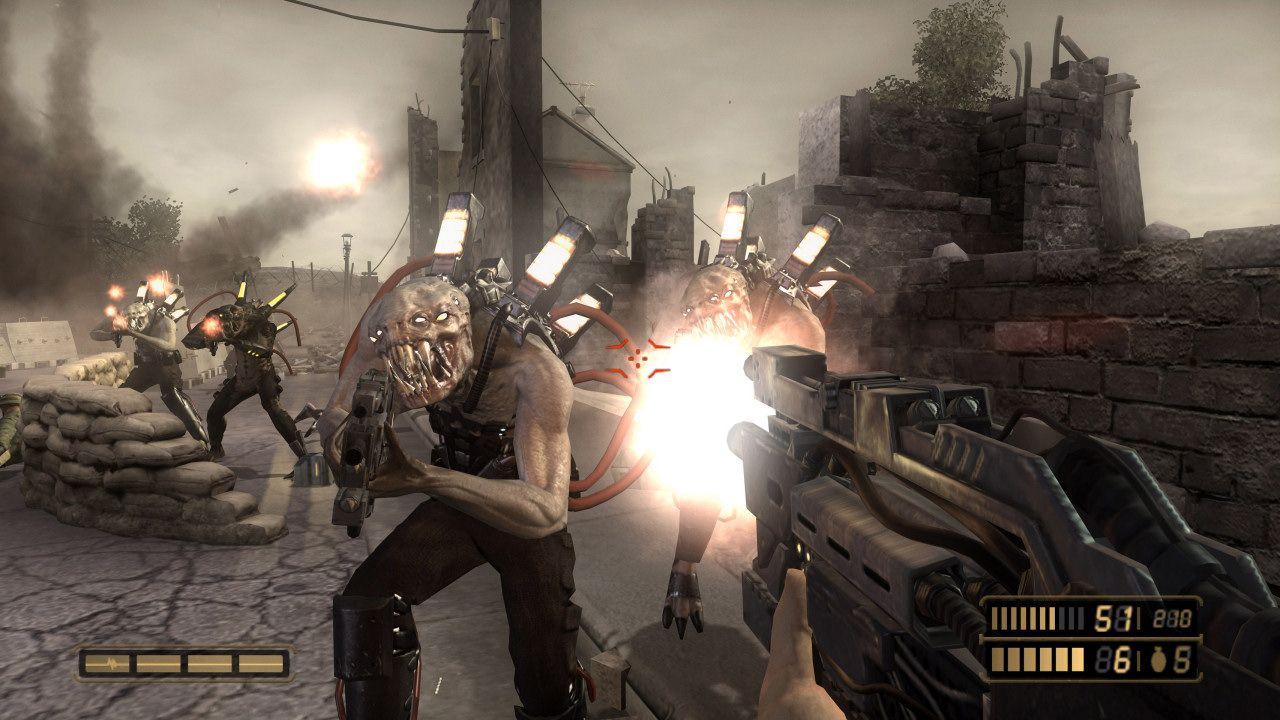 If you get this, just say “thanks, gran” and kiss her on the cheek. She did her best. There’s no need to sully her life with details about incrementally numbered machines of waste and sorrow. No need to explain the difference between PC and PS. Your granny is a kind person, leave her out of this fen of havoc. Resistance: Fall Of Man was a solid effort. Be good to your granny. 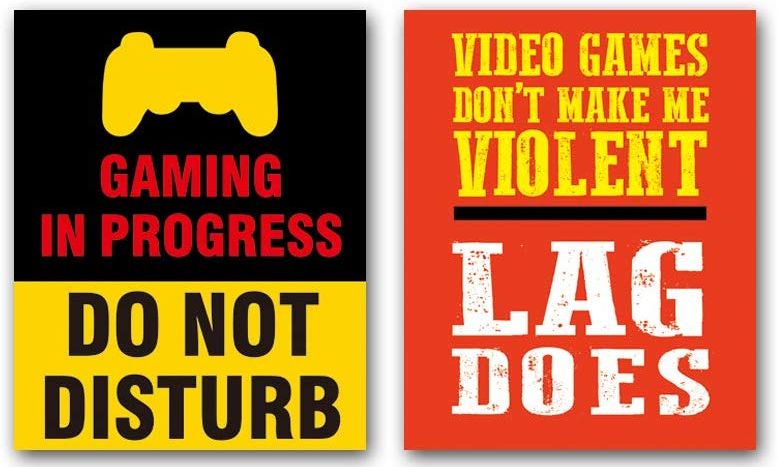 Before you buy that ten-foot portrait of a Big Daddy with the words “Andrew Ryan Was Right” written in blood over the top, please pause to consider your actions. A poster is a t-shirt for the wall, and what have I told you about gamer tees? The same rules apply, and nobody of sound mind would want a messianic portrait of Gabe Newell gazing at them every night. If it uses the word “gamer”, do not buy. If it is a gamey meme, do not buy. If it is a fabric scroll of the heroine from Final Fantasy XIII: Lightning Returns, buy nine and send them to our Nate, he really wants them. 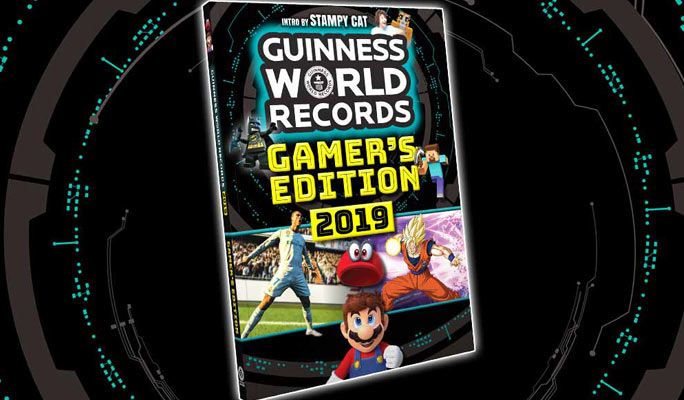 Getting a book of Guinness World Records is a rite of passage. But it should not be. Guinness have had a stranglehold on the nation’s youth for too long. No more should they be allowed to push their pro-stout agenda via the medium of Donkey Kong trivia and colourful pictures of the Fortnite llama. No more should an elitist, record-centric view of humanity be implanted in our young in the form of the world’s fastest 360 no-scope. The corruption of our children stops now. This is a bad gift. 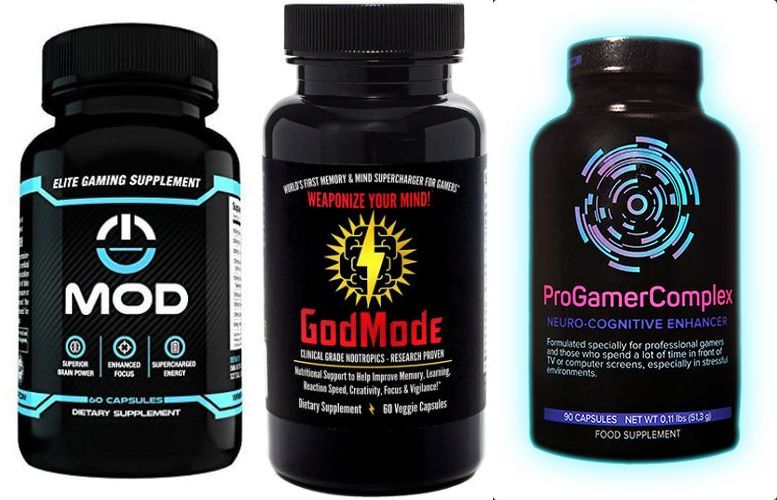 If your roommate wanted to eat a suspicious pellet of soy and dust every day for the next month, they would have already shelled out the $90 to Alex Jones. Don’t do it. 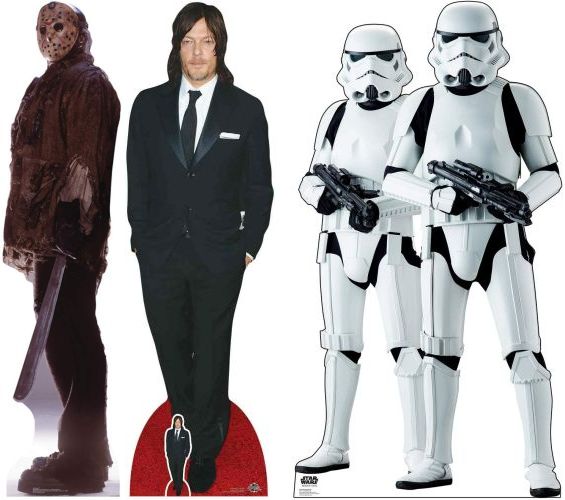 My dad once got me one of these. A cinema lobby prop of Darth Vader made of eerily strong cardboard. It was six feet tall. Seeking not to offend my father’s problematic respect for the Sith lord, I wrestled the prop into my bedroom, with no further notion of how to govern its dark existence. It brought my father a surreal joy to witness my confused receipt of such a gift. Smoking one of his nine hundred daily cigarettes, he regarded the fallen Jedi overseeing my bedchamber with the smile of a man who knows what he has done and feels neither guilt nor shame, only the rarefied contentedness of an ancient trickster god. My brother laughed, then looked at his present. It was a six-foot Batman.

That’s your lot. Buuuut if you are looking for actually good gift ideas, I’ll let Katharine, the deals herald, keep you up to speed on those with her best PC gaming deals. Although, let's be real, it's a bit late now, isn't it?

Last week we looked at the 9 stompiest mechs in PC games, but one of them should never have stomped into our list. It’s… Metal Gear Sahelanthropus. 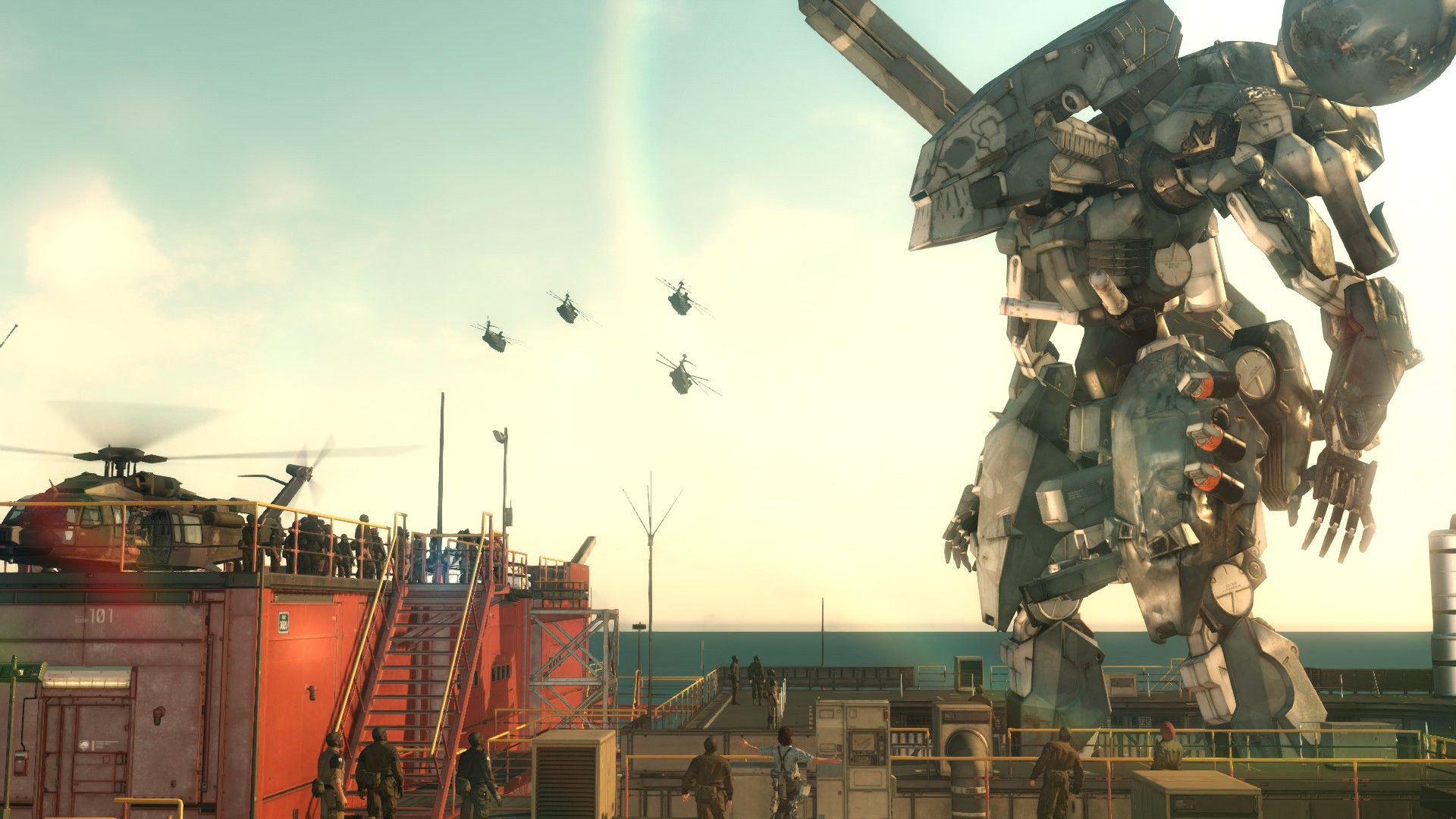 This laser-endowed, nuke-skinned monstrosity is being taken off the list because "its long, unpronounceable, look-at-my-latin-reference name is the polar opposite of what mechs should be," according to commenter "Aerothorn". Fellow list culler, "Durgendorf" agrees. "The sequences you face off against it are the most obnoxious of the game, and in between you have to hear Huey talk incessantly about it. No other stompromper on this list makes me spend time with a character so grating that every other character in the game immediately decides to tie him to a chair and torture him on first contact."