Halo: The Master Chief Collection will make its way to PC soon, bringing the whole Halo series to this lovely platform. While I can't wait, let's be honest: the best one has been on PC this whole time. Halo: Combat Evolved hasn't been bettered by follow-up installments, but the reasons for that are tricky to nail down. It popularised many things in first-person shooters, such as melee attacks, recharging shields, and the player only being able to hold two weapons at a time. These features became successful and influential shooter keystones, shared by the game's sequels and eagerly adopted by an entire genre. But, after almost two decades (oh god, I'm withering into dust as I write), why is the first Halo the shooter that I’ve replayed at least once a year, every year, since its release?

It makes you walk a lot without actually shooting anything. I’m not joking. Too many shooters (hell, too many games) prefer to be a constant onslaught of action. Halo has walks through gentle valleys and around picturesque beaches. It might have plenty of shooty bits but these moments of wandering around feel like an acknowledgement that yes, sometimes, just walking (or driving) around is plenty. It's an attitude the series only really revisited briefly in Halo 3: ODST, with strolls through the rainy evening streets of New Mombasa, a more Earthly and relatable setting. 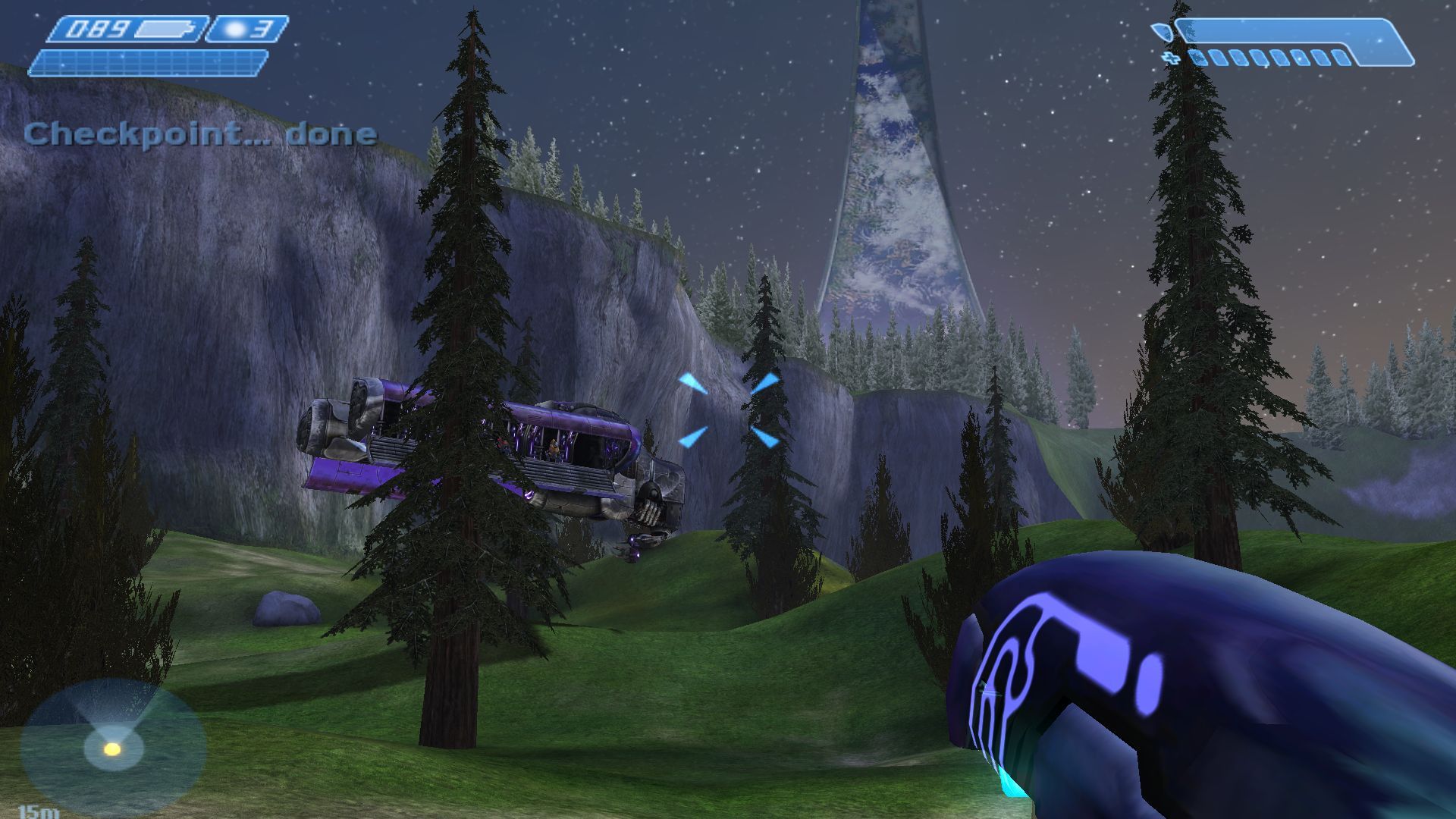 Halo's long stretches of empty valleys and tunnels seem peaceful on arrival but also set an uneasy tone. How can a structure this vast, well-maintained and impressive be completely abandoned? Halo is deliberately laying down an eeriness to foreshadow the arrival of its zombie parasite, the Flood. Even once you know this twist there's an ambience to all the preceding levels that's intoxicating to me. The long, drawn-out echoes and the hum of discrete alien machinery, but also the scale of it all. I can't imagine many other games would commit as much space to, well, nothing. In Halo’s second level you reach a vast room with a light bridge. There are a few enemies among the blocks and pillars then the rest of the room is completely vacant of anything save extraterrestrial architecture. That quiet vacuum is something the remake, Halo Anniversary, didn't quite understand when adding heaps of new detail. 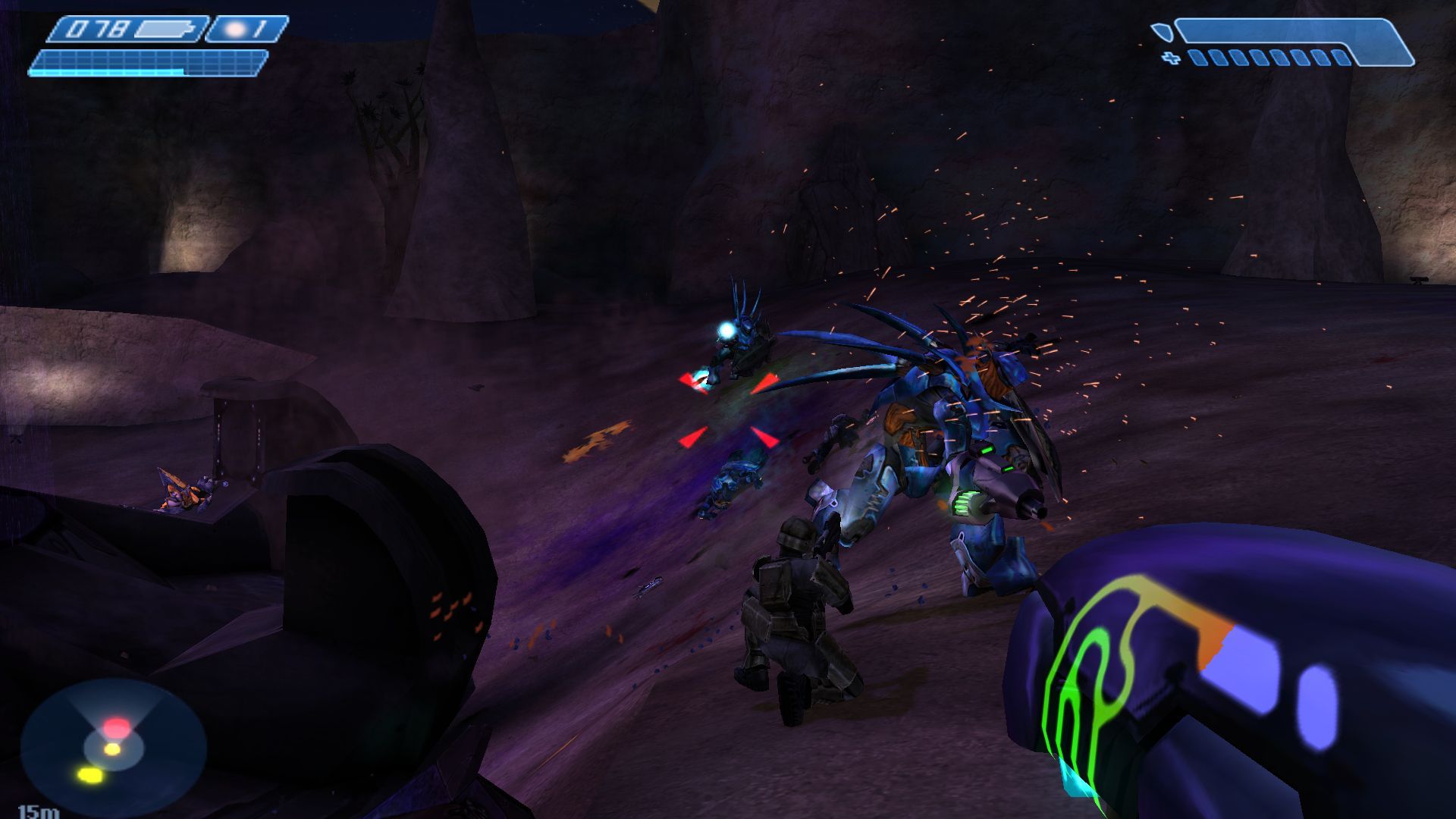 Strangely, that emptiness is a quality it shares with the meditative fantasy adventures of Ico and Shadow of the Colossus. Those are vastly different experiences but there's something to be said of building so much empty space around what is otherwise an action game. The Halo series would eventually abandon this kind of "waste" but I strain to think of many other games as bold. 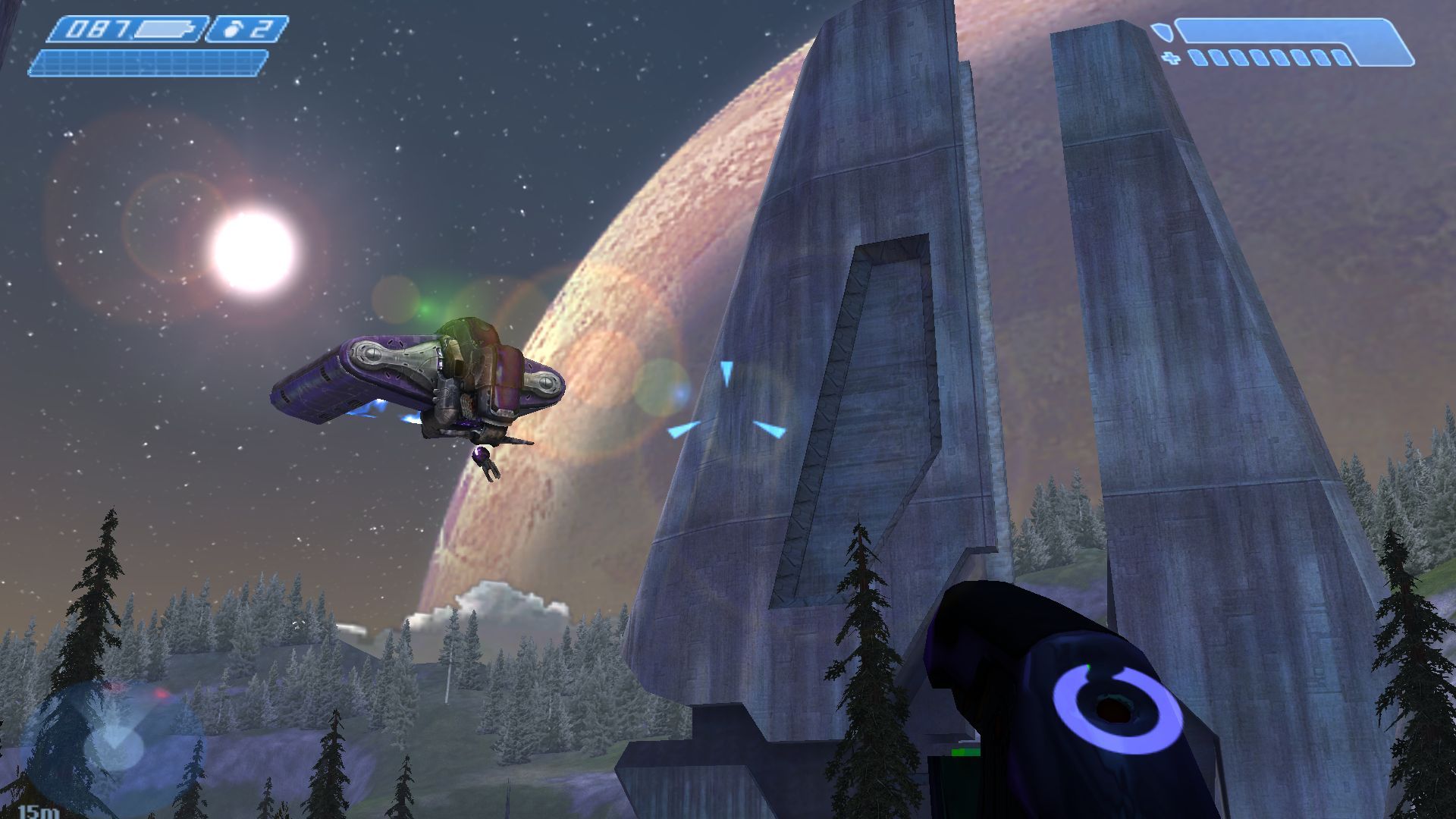 All this downtime isn’t just lovely in and of itself, it grants the levels great pacing. I know a few of you are already scoffing. "But Sam, what about all those repeated corridors in Assault on the Control Room!" To which I say: those corridors are damn essential. You might feel like you're running through yet another small grey room but I feel like I’m making the slow march of traversing an alien super structure. 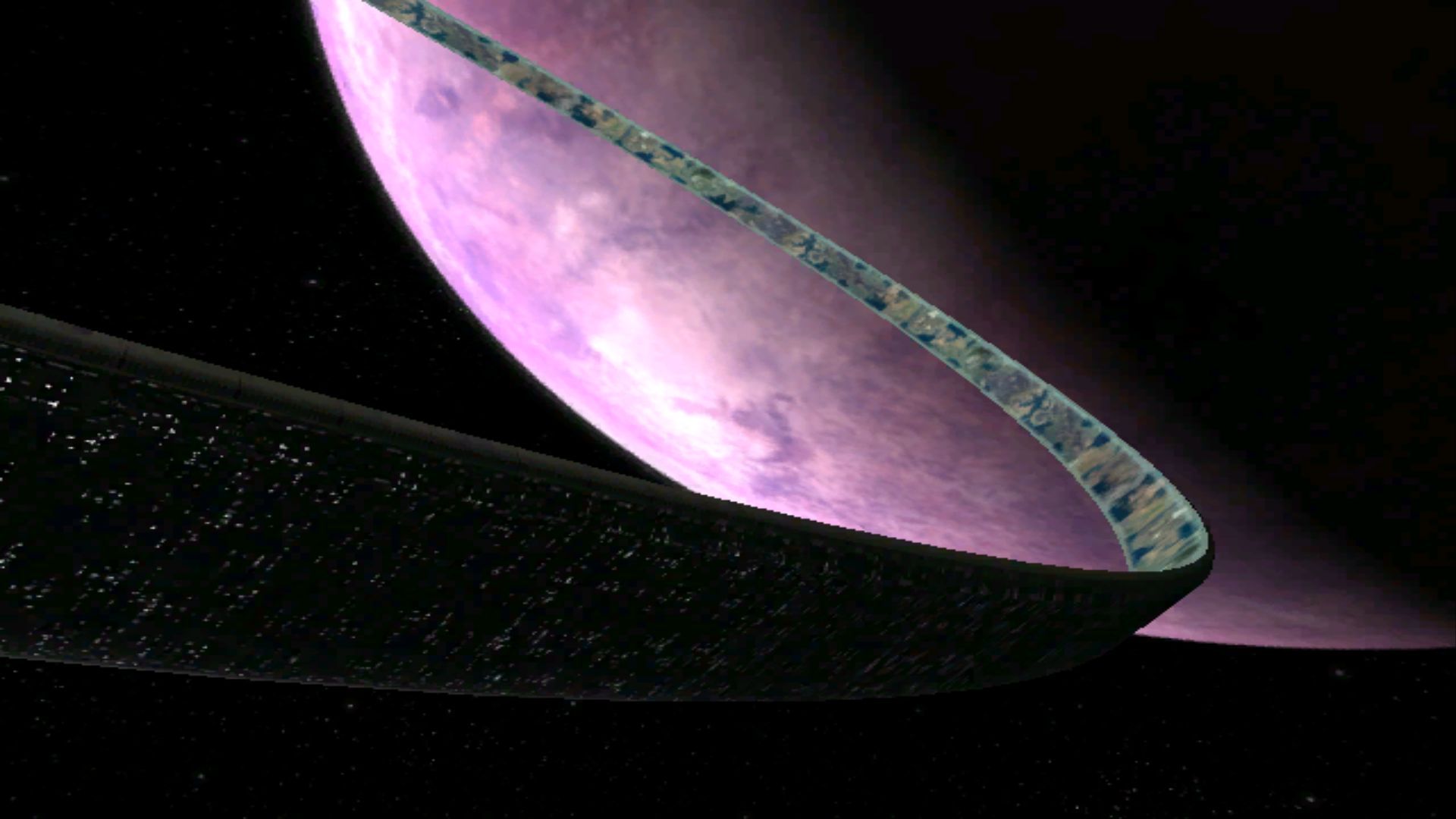 It is true that Halo often strings together stretches of samey spaces remixed with different encounters in each. A bunch of sleeping enemies here, a few colossal Hunters there. What a treat to go through all those enemies though, the teamwork between Elites and Grunts and Jackals, a grouping of foes that hasn't really been altered in Halo's entire run. Imagine nailing something so perfectly the first time. 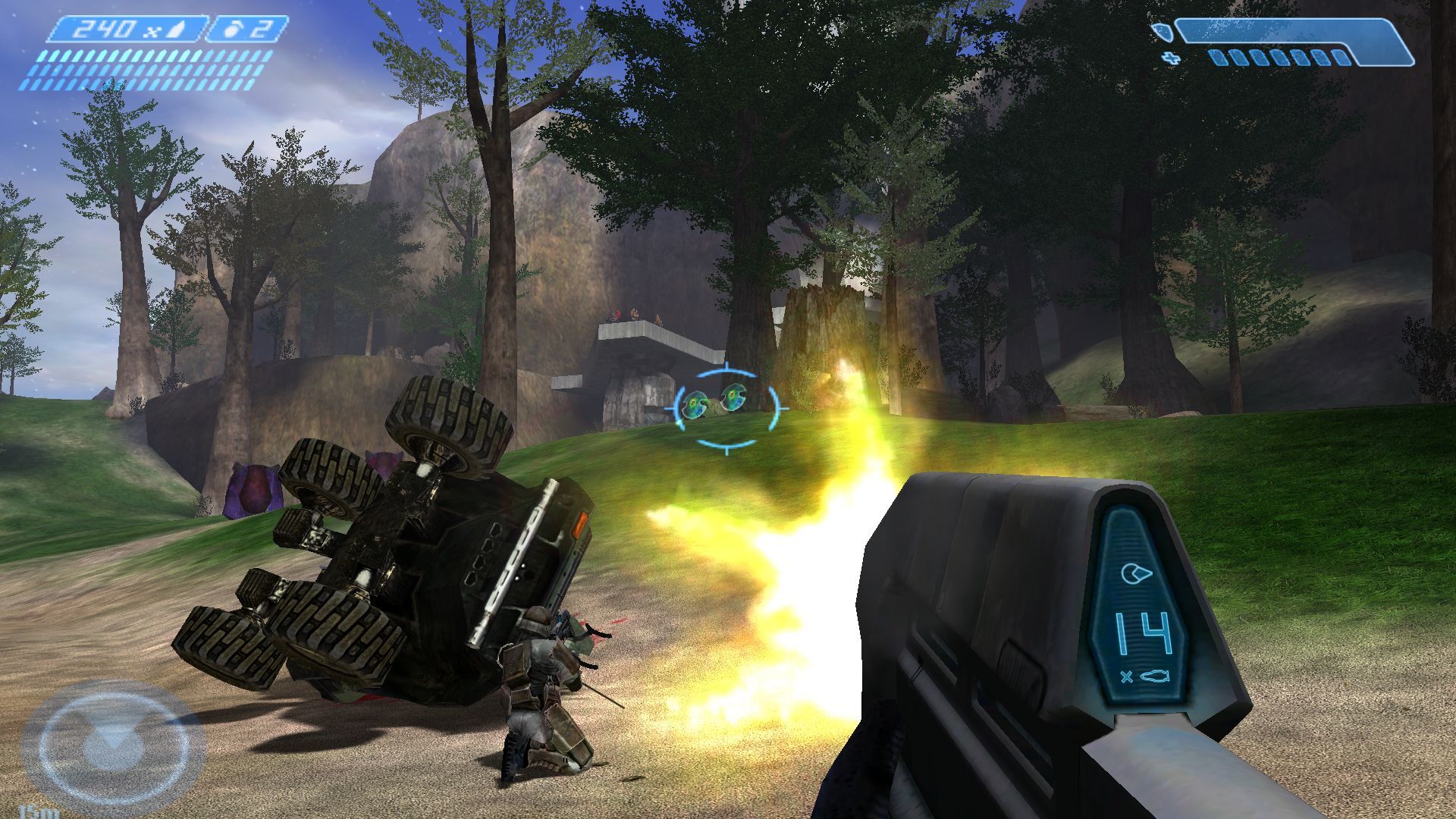 Halo also builds beautifully. So many games have no clue how to do escalation. In these gun fights we go from measly Grunts to squads of invisible Elites, from tiny parasites to swarms of armed and deadly Flood. In its level design, we start in claustrophobic corridors but always take a much-adored step out into the open spaces of the ringworld's surface. We go from ground-level battles to aerial dogfights. Its plot (a very simple space opera compared with the overblown sagas of later entries) escalates just as perfectly, its stakes rising bit by bit over the campaign. A battle for survival doesn't shift to a race for control of a super weapon until the third level. Halo doesn't go from super weapon to doomsday device until two-thirds into the game, after the Flood's appearance. 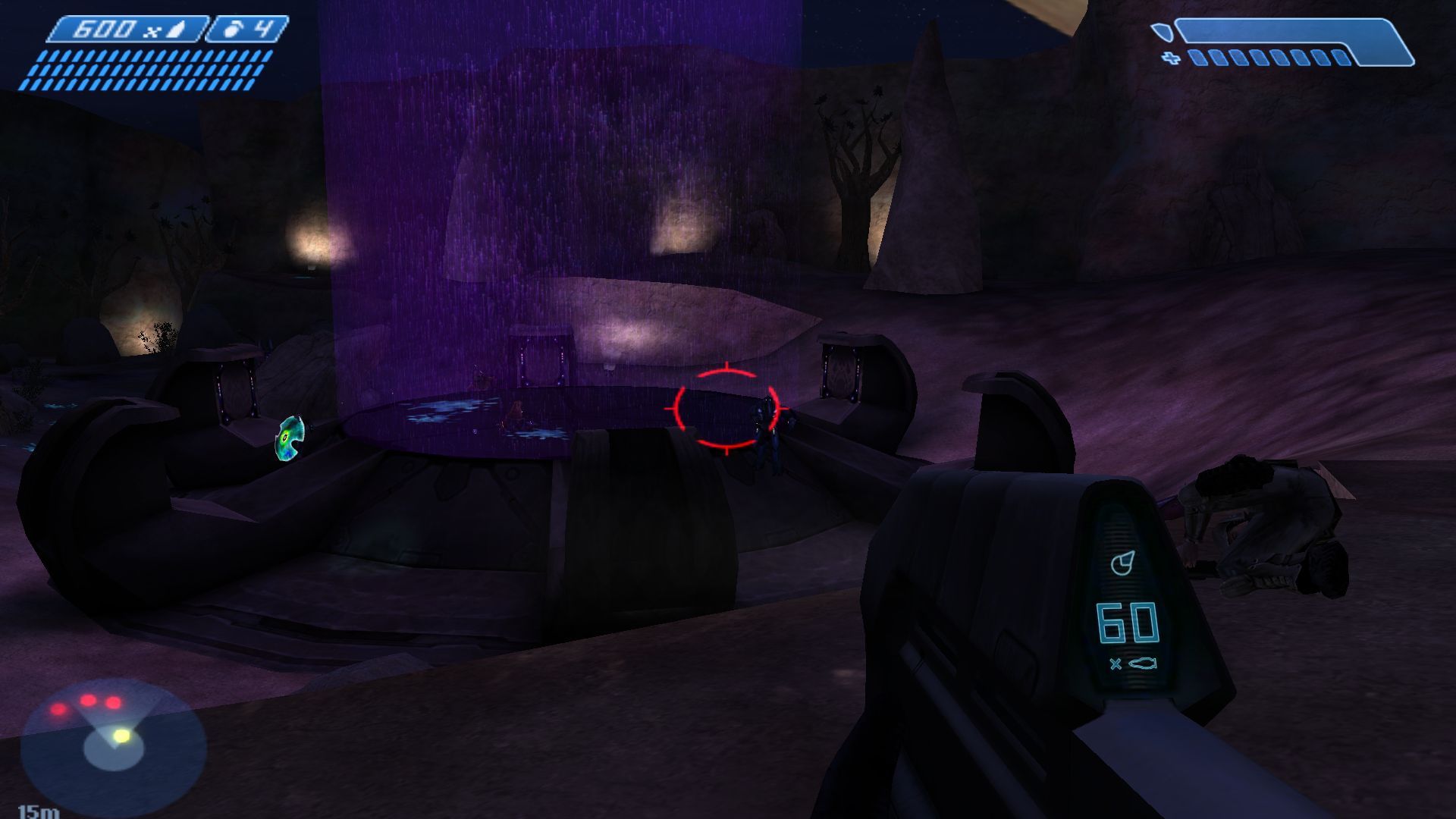 Even within its final level we get a perfect build of peril. You arrive at the crash site of the Pillar of Autumn, the human spaceship of the first level, seeking to activate its self-destruct sequence, only to be thwarted. You fight down to the engine room to do it manually, with a few grenades and rockets, but now the ship’s reactors are melting far too quickly. Each problem you face seems immediately replaced by another, more explosive problem. Now you have only a few minutes to reach your last ride home. Of course, the escape ship is shot down (shed a single tear for reliable taxi pilot Foe Hammer). But you still have time to find another ride home, a fighter jet stowed away in a hangar. Finally, you escape. Phew! 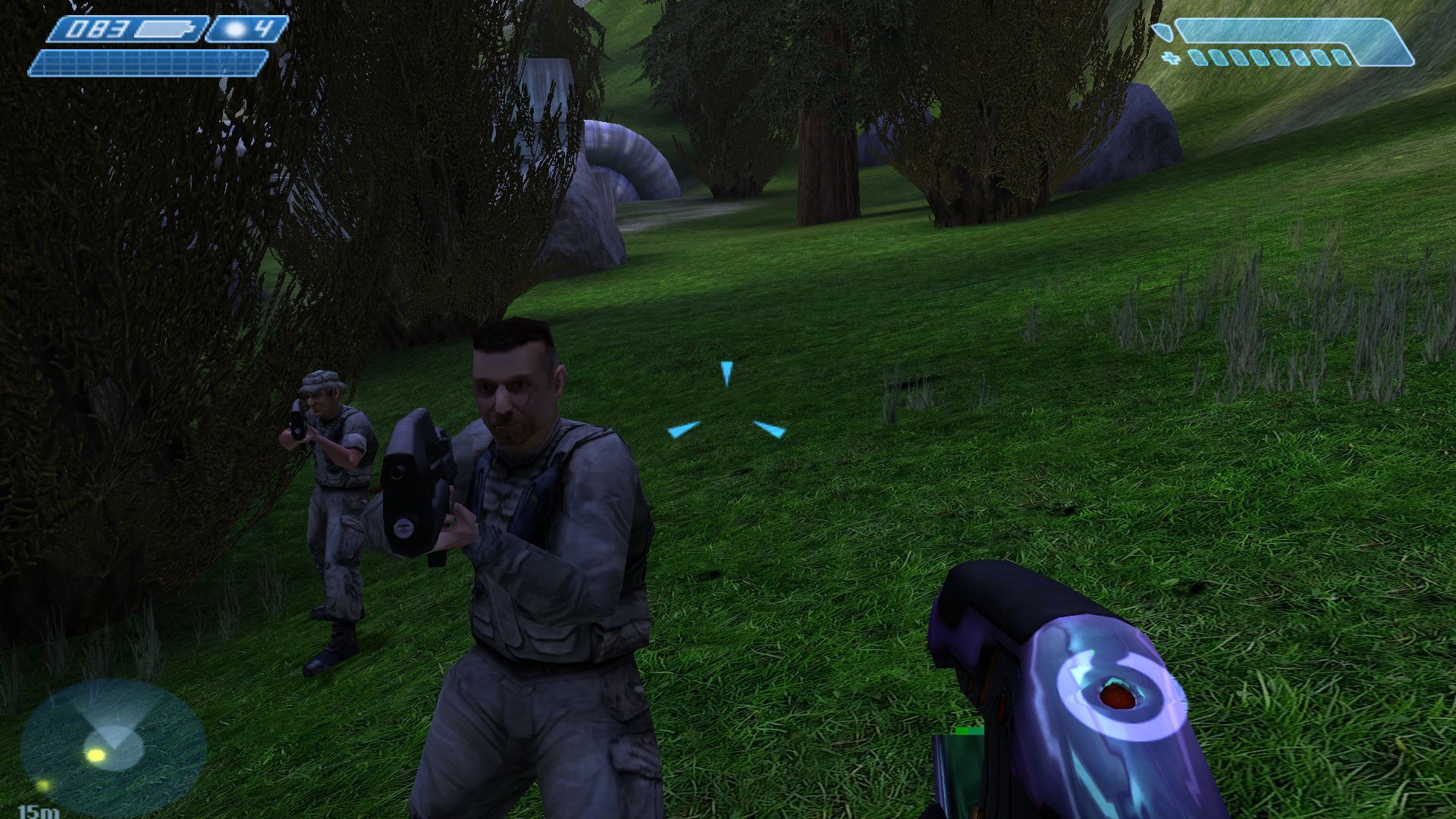 Revisiting those early levels was criticised at the time, but I liked returning to them. Seeing those places under different circumstances gives you a sense of the journey you've taken. Walking through the wreckage of the Pillar of Autumn, the "horse you rode in on" - devoid of its human crew and now home only to alien fanatics, parasites, and a vengeful ancient AI - highlights how the conflict has expanded since the start. It leaves more of an impression than the extravagant boss fights of Halo 2 and Halo 4 and it is certainly better than Halo 3's weaker warthog run. 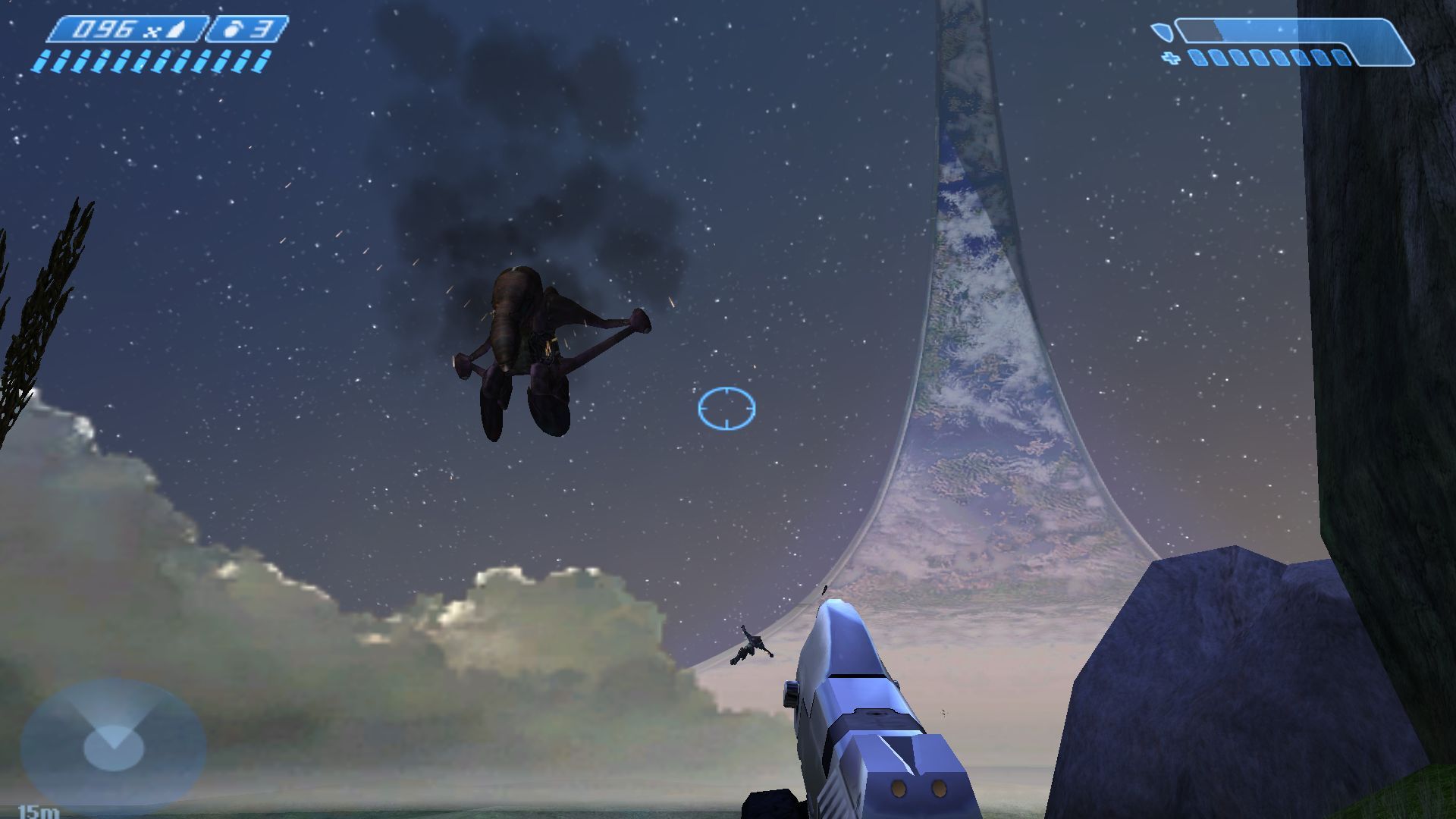 The enormity of the clashes between factions has been lost too. The level Two Betrayals sees a three-way war breaking out: the Covenant versus the Flood versus the robot Sentinels. Battles on a scale the series hasn’t touched since. Kicking back and watching all those computer-controlled combatants knock each other's teeth out gives the game a sense of life beyond the player's actions. Even after so many years, I still sometimes get caught off-guard by an unexpected surviving enemy or a stray rocket. 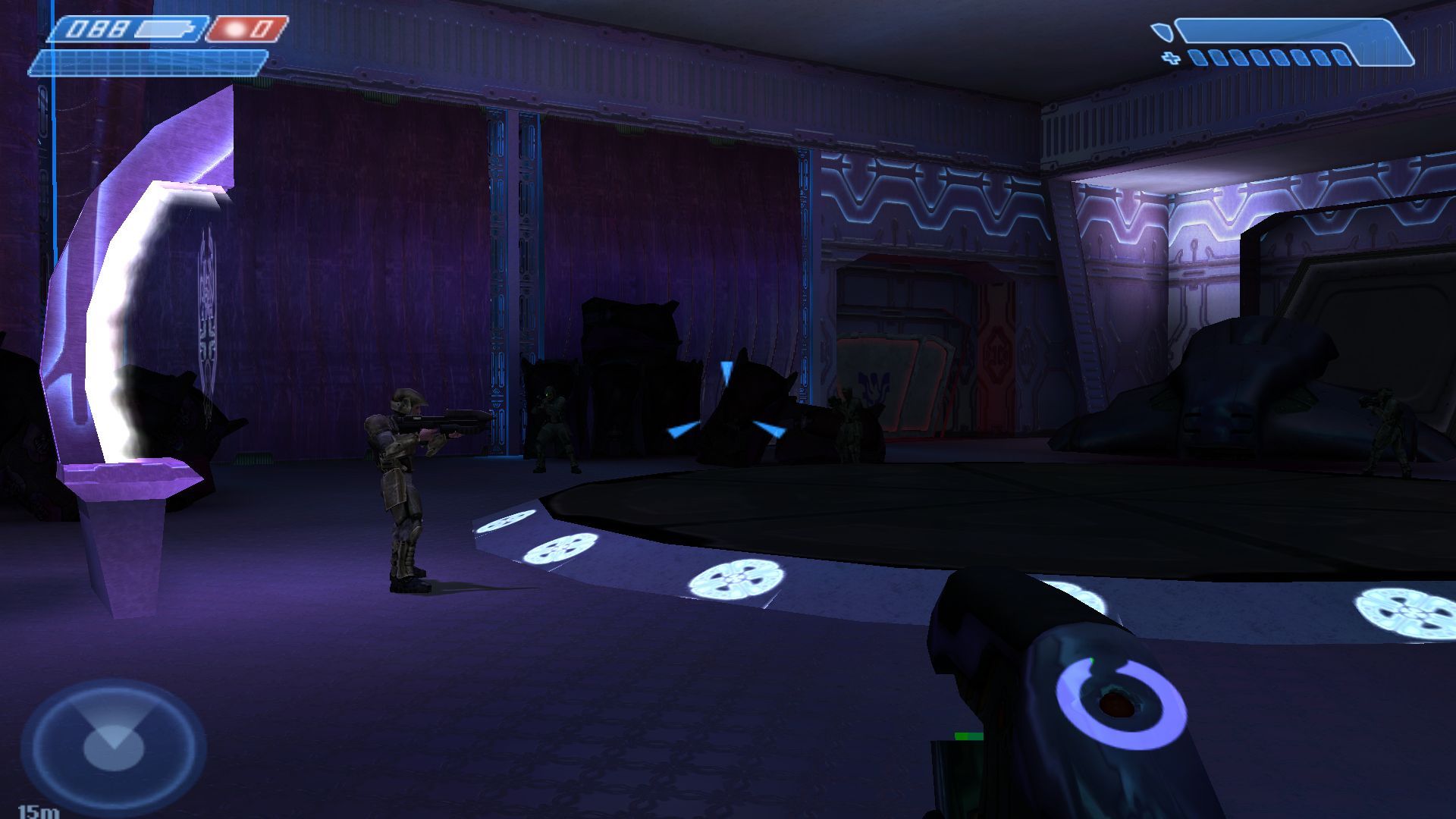 The first Halo must seem so modest to audiences familiar with the later entries. It chooses to slowly build an atmosphere, instead of packing the game with carefully directed cinematics that advance the story of Master Chief (a story now over-encumbered with piles and piles of lore). It chooses big chaotic battles over tightly orchestrated bits of spectacle. Perhaps saying it's the best Halo is too simplistic. It's the most interesting. So interesting I didn't even mention the incredible soundtrack once or how fun Master Chief could be before they made him a super serious tragedy. I think it's pretty perfect.

Like the ancient ringworld it takes place on, Halo: Combat Evolved feels like a relic but one so incredible in its construction you can't imagine why anybody would leave it behind.