We hear a lot about level designers in games. Voice actors, concept artists, big directors. Kate Edwards is none of those things. She is a geographer. It seems like an odd job for the games industry, but the more you learn about her work, the more it feels essential. Edwards is hired by studios to cast her geo-eye over the shuffling NPCs of sci-fi space stations, to examine tiny markings in the giant buildings of first-person shooters, and inspect the maps of sprawling fantasy realms. She’s there to ask one thing: is this game being ignorant? The answer is often “yes”.

"I'm a world-building partner essentially,” Edwards tells me at Gamelab Barcelona, a yearly Spanish games conference. “So when they're creating a new world... and they're populating this world with narrative, with characters, with factions, with whatever it might be, then my job essentially is to sit down with them and work through the assumptions they're making about who these people are, what they do, what happens in this world.”

That means she's a consultant, a mercenary critic airdropped into a studio to peer at character models and early builds (the best explanation of her job probably comes from a talk at GDC two years ago). It might be easy to see Edwards as a guard of political correctness. Some kind of Warden of Woke, paid to audit games for stereotypes (she admits she is often frustrated by those). But she is closer to being a proofreader. She is there, she says, to make the game better. Or at least, more profitable.

"I'm not trying to dumb down or water down their game, I'm just trying to give them a chance to see how making some simple changes... can actually still make their game viable in certain markets."

Day to day, that means she is there to spot the wayward symbols that pop up in a fantasy game, for example. If the wallpaper in the lava level has a Star of David, Edwards will be the person to ask: why is that there? But there are more complicated examples.

“Some games will take people from a certain culture, and then they make them do things in the game that that culture will never do. Which then makes it instantly a type of cultural or political statement about that particular group which the game developers never intended.” 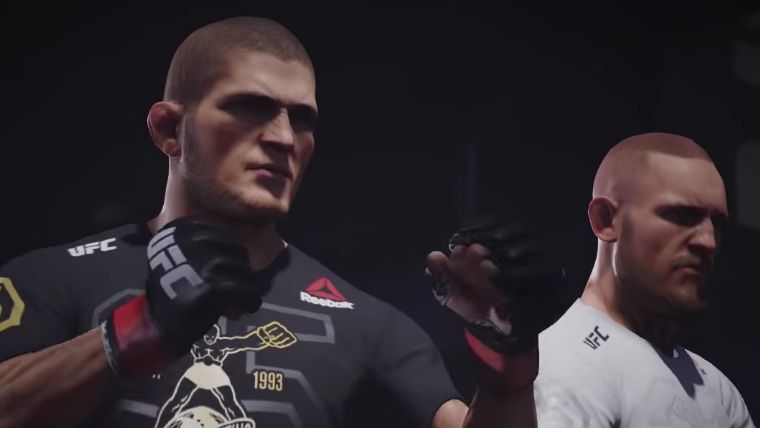 These slip-ups do happen. In the fighting game UFC 2, the punch-happy fighters of real world UFC were recreated. One of those fighters was Dagestani brawler Khabib Nurmagomedov, a Muslim. But the random post-match animations meant the fighter would bless himself. It’s messes like this Edwards seeks to avoid.

“That's true too in fantasy games,” says Edwards, “where oftentimes they'll create a certain race that will do certain things or they'll have an accent because they want them to be exotic, but the accent... for example it might sound like these people are from Croatia or Serbia. And so... people will ask: 'Okay, well these aliens are Serbian, now why do you make them sound Serbian? Why do you make them look that way? Is that how you think about Serbian people?' … So I'm basically helping [the developers] navigate all that."

Fantasy and sci-fi is one thing, but setting your game in a real country can be an even greater source of headaches, especially if you intend on blowing parts of that country sky high. When Ghost Recon Wildlands, a jingoistic shooter about killing drug traffickers, was set in a Bolivia taken over by cartels, the real Bolivian government complained.

"Those ones can be really complicated,” says Edwards. “I totally understand the value and interest in setting things in the real world... But we do need to think about what kind of action are we having taking place in what domain.

“If you choose to set the action in a certain place... you are then assuming certain activities are taking place in that country and that country may not appreciate that fact. That's why in the Marvel Universe, which takes place technically in our real world, they make up fake countries... and they put enough context around that fictional place so [you think] okay, we know Wakanda is in Africa, we know Sokovia is somewhere in Eastern Europe. But that's all we need to know because it's not that important to the rest of the narrative."

It is a common and “safe” way of avoiding problems - inventing a whole pseudo-country. It’s worth noting that Ubisoft have since announced that their next big Clancyromp, Ghost Recon Breakpoint, will airlift our angry shootyboys out of Bolivia and drop them in a fictional Pacific Island nation called Aurora. But I want to know if transplanting your story like this really helps. Or if it's just an ill-fitting patch. 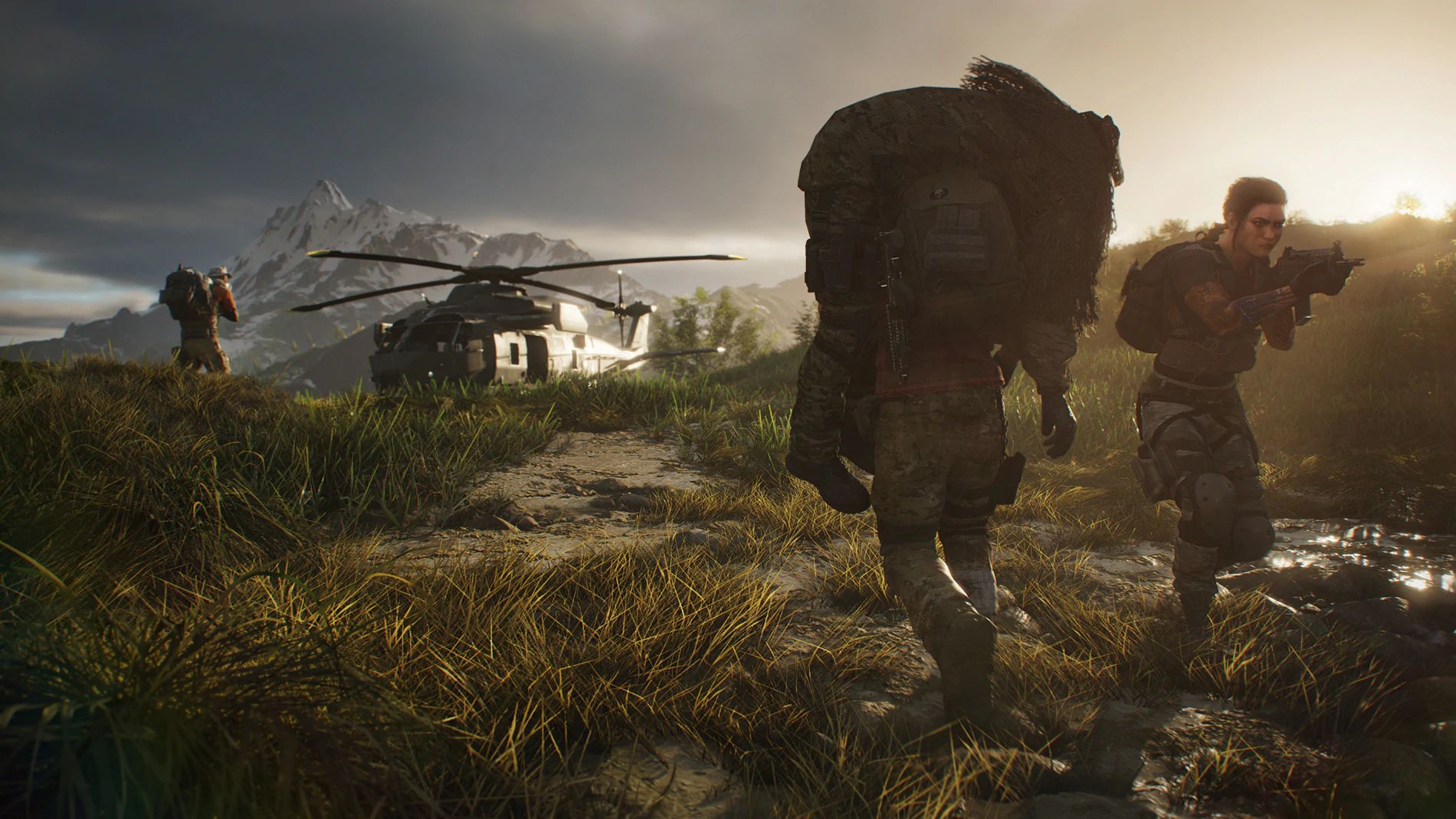 "I actually think that's a very effective tool," says Edwards. "Good science fiction and fantasy have been using allegory forever... [It’s] a very powerful way to make people think about the particular situation without just bluntly hitting them over the head with it. You can do that too if your narrative serves that purpose - and I don't think we should instantly shy away from doing that. If you have a good reason to set your action and narrative in a certain locale that is real, then I would go ahead and explore that option.

“Ultimately, you have to ask yourself... how much of a difference does it make to the narrative purpose of your game whether it's set in Bolivia or it's set in some fictional South American country? Is it really going to change things significantly for the narrative of the game?"

But even Edwards admits that allegory can sometimes go wrong. In Halo 2 they had an alien character called The Dervish, a name from Sufi Islam. They also had higher-up aliens called Prophets. These extra-terrestrials were waging a religious war against earth and its US-led space marines. Put all this together in the wake of September 11, and Halo 2 becomes an allegory, intentional or otherwise, for a conflict with Islam. In the end, developers Bungie changed the name of the Dervish. You probably know him as the Arbiter. 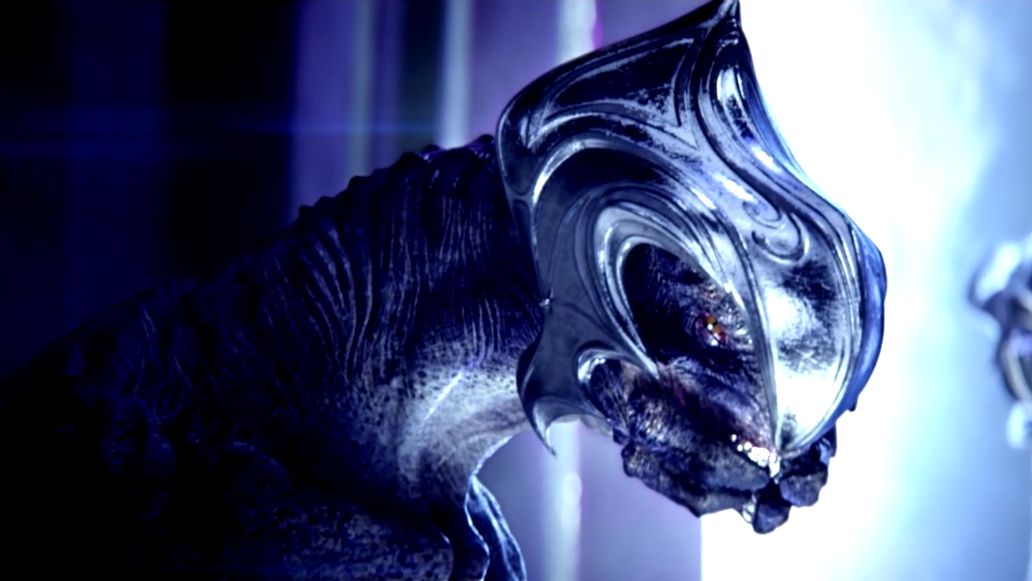 However, studios don’t always heed Edwards’ advice, and this has frustrated her in the past. She tells me she worked with Infinity Ward while they were making the infamous No Russian level of Call of Duty: Modern Warfare. In that case, they were determined to include the controversial airport massacre.

"That was a very sensitive level to put into the game,” she say. “I didn't think it was something that was really necessary to forward the narrative but the final decision was to add it...

"That happens a lot actually. Ultimately... the creative decision always lies with the developer. My job is to advise them. Here's things I think you should change or revise... And whether or not they decide to do that is entirely [their choice]. If they don't do it, well, basically my job then is to say 'I told you so' if they get backlash sometime after release. And that has happened many times as well.

“I try not to get frustrated about it. I only want what's best for the game. I want them to be successful in as many places around the world [as possible]... But sometimes game creators, as they should be, are proud of their work and sometimes there are those within the team that are like 'I'm not changing this, I want this to happen.' And that's fine. You have my feedback, good luck.” 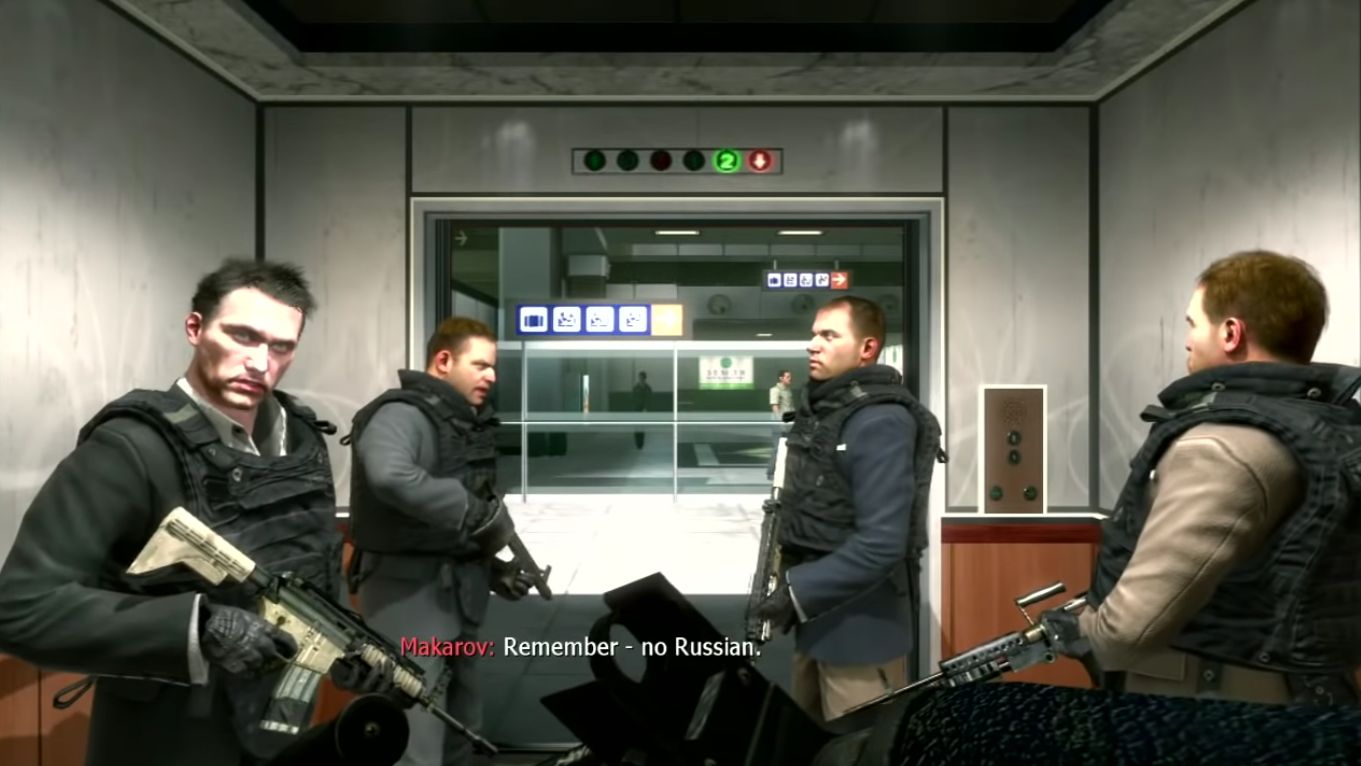 There is a murkier angle to the idea of acting as a cultural proofreader. You might find yourself flagging up art or dialogue that is frowned-upon by some governments. Earlier this year the horror game Devotion, made by Taiwanese studio Red Candle, included a poster with a small mocking reference to Chinese President Xi Jinping (it compared him to Winnie the Pooh, don’t ask). The developer later pulled the game from Steam following a backlash, and it still hasn’t been restored. The Chinese publisher of the game, Indievent, has now lost their business license.

This makes me wonder. If Edwards had been giving advice to the makers of Devotion, and somehow spotted this poster, she might have to advise them to remove it. Doesn’t this act of self-censoring make Edwards feel uncomfortable?

"That's part of the job,” she says. “[It] includes having to sometimes actually follow the local regulations. So there are times when we will have to self-censor in order to appease the government regime that happens to be in place. Certainly we know in China you have to be very careful about certain portrayals… Most developers try to follow those [rules] because they want their game to be sold in China and Germany and a lot of other countries. Most of those requirements are not too outrageous, but yeah, there are some cases...”

She tells me about a previous project she worked on, the original Age of Empires. There was a scenario where the Japanese would invade the Korean peninsula as the Yamato dynasty. If you play the game today, that’s what you’ll see. But at the game’s release in 1997, the Korean Ministry of Information disputed that this invasion ever took place. To sell the game in Korea, the developers had to change it so that the battles took place in mainland Japan, not in Korea. They rewrote history for a single country. It’s a decision that raises a lot of questions, says Edwards.

“For every company making a game, whether it's an indie company or gigantic companies, they have to decide for themselves: when are we willing to draw the line? And say: we are not going to show things that way, and therefore we are willing to walk away from that market and not sell there… When are we willing to put our social responsibility before business and before money?” 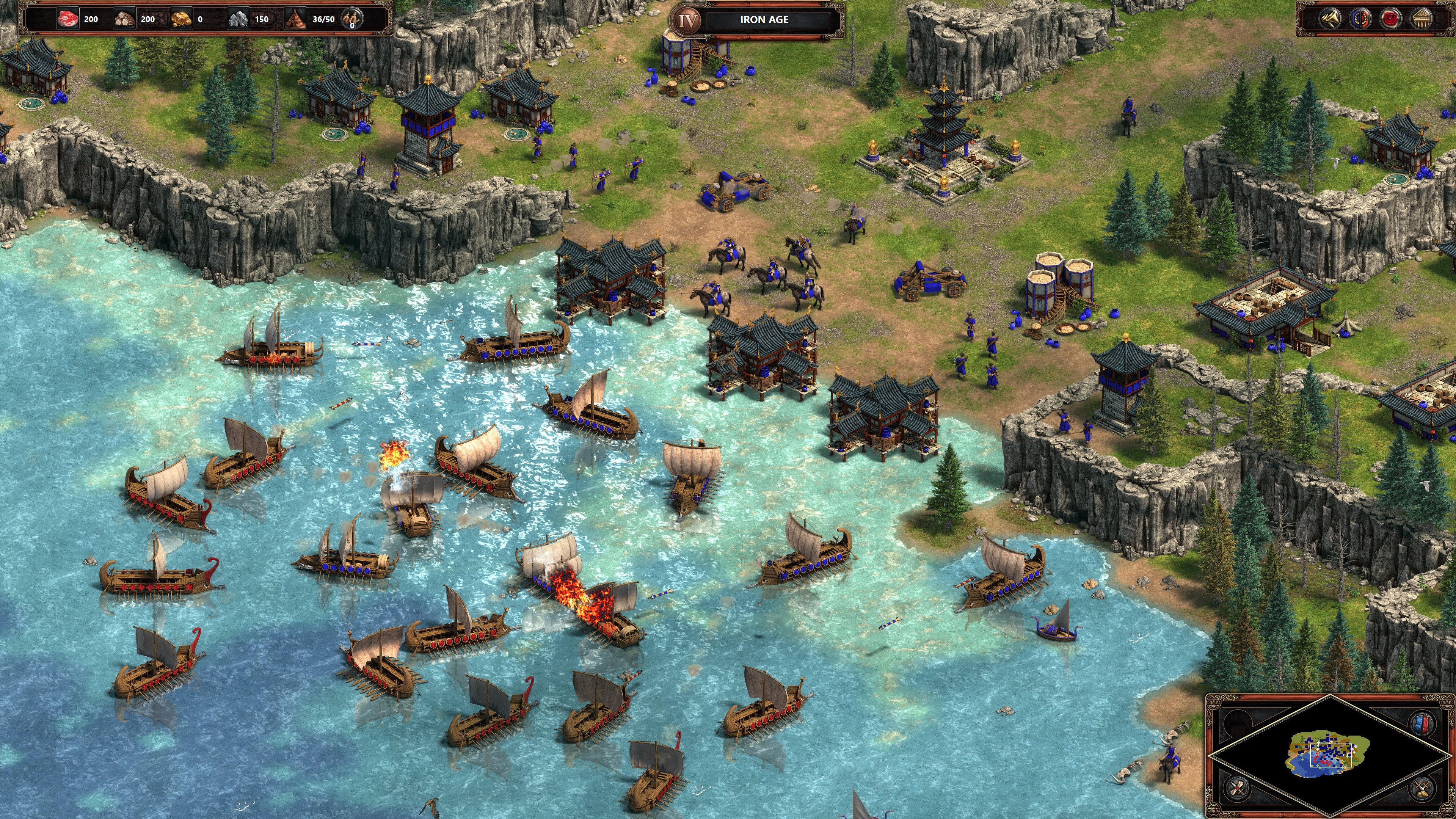 I’m sceptical many business are willing to draw that line anywhere. Ultimately, whether they are removing Christian blessings or renaming aliens, they are making these decisions because of money. Even Edwards admits it is useful to “monetise the argument”. In other words, big companies will not pay attention to any of this unless you convince them that thoughtfulness will lead to more worldwide sales. But she considers that a good start. Above all, she wants studios to take her advice to heart.

"I would say the number one rule, if there was one... would have to be: ask the hard questions of your own creation... Why does the character look that way? Where did that symbol come from? What does it mean? Why is that character making that gesture?

“I've found that in a lot of creative teams it's really hard for them to ask each other these blunt questions because people take offence, thinking that they're questioning their creative ability. That's not what they're doing. They're just trying to get insight on the inspiration...

“I think if people just had that conversation... it would at least push things in the right direction."