Never you mind that leaks confirmed it last week - Bethesda have announced that The Elder Scrolls Online's next major expansion is Elsweyr, desert homeland of the feline Khajiit. It's a part of the Elder Scrolls world that I've always wanted to take a ramble around, though it seems have a dragon problem at this point in the timeline. On the plus side, that means big fights against huge scaly mega-reptiles. On the down-side, fur probably burns pretty hot. The expansion lands on June 4th, sandwiched between several dragon-themed bits of smaller DLC. Check out the fancy story trailer below.

As is standard for Elder Scrolls Online expansions, Elsweyr will add a handful of new fully level-scaled zones to the already-sprawling MMO's world. Ever since the One Tamriel overhaul update, it's felt less like a slightly awkward update of Dark Age Of Camelot and far more like a proper Elder Scrolls game, letting you run free through its world. While some dungeons are best tackled with higher-level gear and maybe a friend or two, for the most part it allows you to do as you would in Oblivion or Skyrim; join every guild and faction simultaneously and rob everyone blind for giggles.

Amusingly, despite the original story's insistence that Necromancy is bad magic for bad people who are jerks, Elsweyr will finally let you learn some of it yourself, although you might have to start a new character for it. You too will be able to summon big spiky skeletons to do some of the punching for you, making you the centre of the bone zone. There are three necromantic skill lines - Reaper (buff and summon minion swarms), Bone Tyrant (bone walls, bone spikes, bone minions, bone bone, etc) and Living Death, which is a support skill line that lets you heal and resurrect. Of course, you'll be able to mix and match all that with the usual faction and unlockable skill-sets. 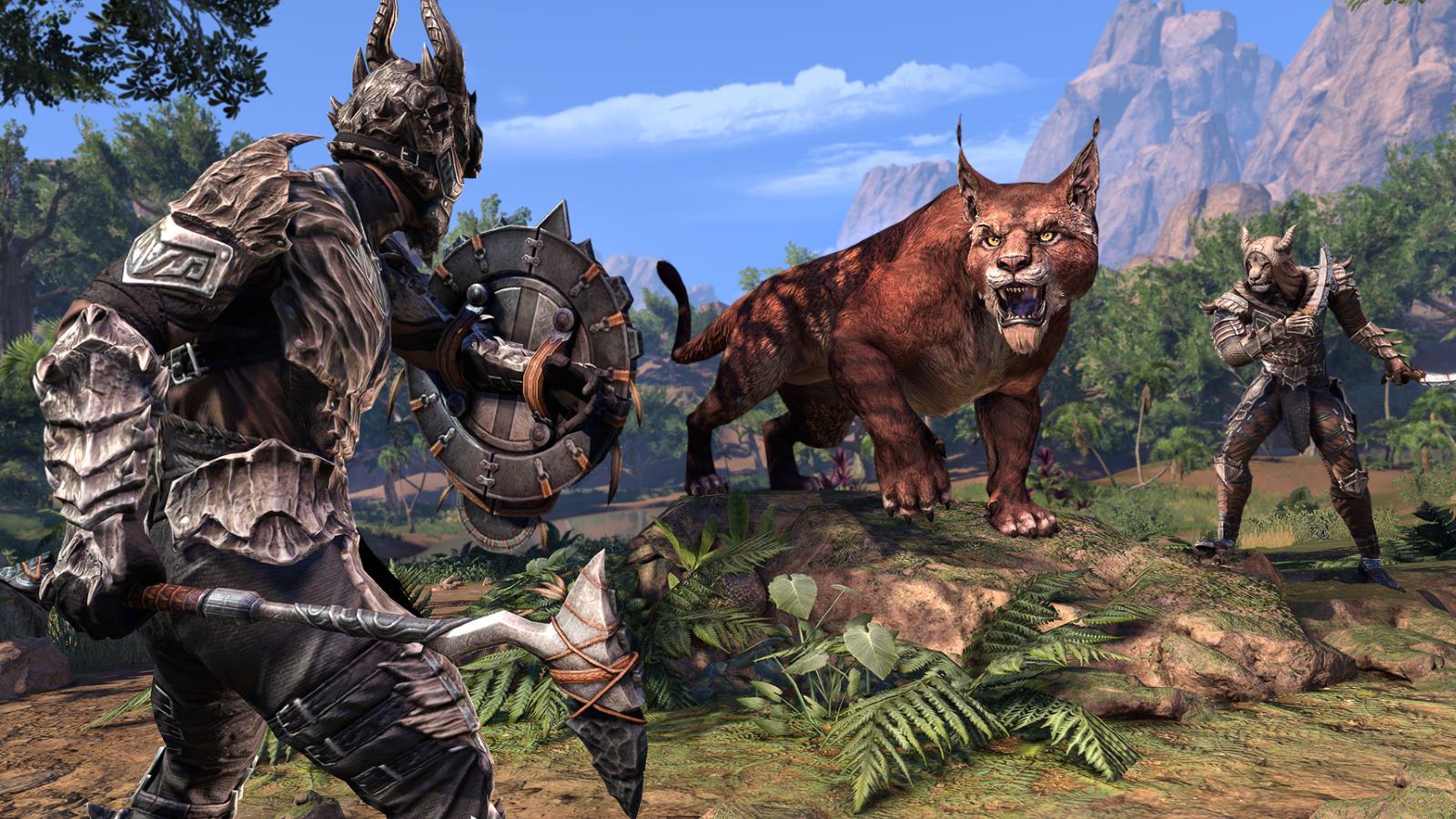 One thing I'm personally hoping Elsweyr dives deep into is the more esoteric Khajiit lore. Did you know Khajiit can be anything from 'human with cat-ish ears' to 'sentient tiger'? Well, now you do, thanks to this Elder Scrolls lore wiki.

Still, the dragons seem a big focus here. There's a new twelve-player raid coming with the expansion, featuring (unsurprisingly) a particularly big and grumpy lizard. The upcoming Wrathstone DLC (included in the optional ESO plus subscription) will provide our first introduction to this tide of dragons, and while there's no date set on it yet, it'll be out sometime before Elsweyr, followed up by more dragon-themed chapters before the year's end.