You can't walljump. For me, this is what defines The End Is Nigh [official site], the hardcore platformer from Edmund McMillen and Tyler Glaiel. McMillen's last co-created platformer was Super Meat Boy, a game that made simply moving left and right a kinetic joy. The End Is Nigh is by comparison a slower but no less difficult game.

The opening of the game features the globby main character Ash livestreaming his favourite platform game to an audience of zero. No one is watching because an undefined apocalypse has ended the world. When the game cartridge you're playing on breaks, Ash heads out into the world to find a new friend to talk to. The artwork has all the hallmarks of McMillen's other works, including comic morbidity and squelching organic obstacles. You'll be talking to piles of bones, who sometimes offer instructions at the start of each new stage, and collecting tumours to unlock secret areas.

Without walljumping, you're forced to navigate each single-screen level in a new way. You still run and jump, but now you can hang on to hooks and ledges. If you push away from the surface you're hanging from and jump, you'll travel a large horizontal distance with a shallow arc. In other words, it's a little like walljumping but in slow motion. 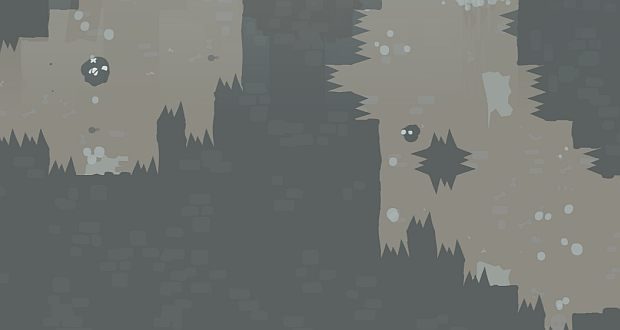 Each new stage introduces new obstacles, from collapsing towers to spikes to crushing blocks to rising lava to divebombing ghosts to a consuming fleshy mass. The most frustrating of these for me were situations where deadly enemies would bound across the screen with a fixed, repeating rhythm and I would need to time my jump such that I landed on their head in mid-air, thus allowing me to bound further across the screen. The timing was a killer. Otherwise, for all that the obstacles change, your route from entrance to exit is almost always about grabbing corners and hooks.

In some ways it's nice not to have the pressure of Super Meat Boy's timing clock in the corner of the screen, always urging you to rush forward. It's almost a puzzle-platformer at times, since the route towards the exit isn't always obvious when you first enter a new room. You sometimes need to poke around a little and wait for something to start moving or collapsing before it becomes clear what you need to do. 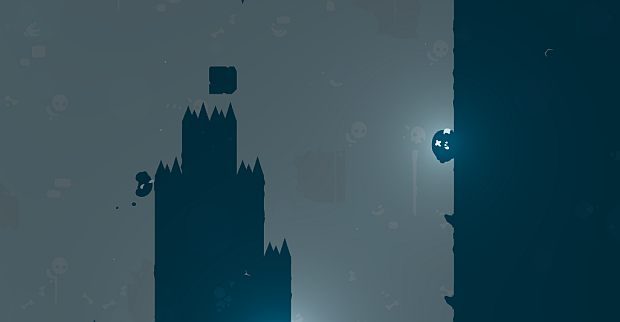 Mostly I found myself missing the more expressive movement of that previous game, however. Where Meat Boy runs with the pitter-patter of feet and leaves blood trails wherever he goes, Ash simply slides along whatever horizontal surface he's on. It doesn't feel like anything. When you're going to be dying and trying and dying again, sometimes the pure enjoyment of movement is all you have to keep you going, and that's not present here.

And I died 1812 times in a little over four hours. I am not good at these games and it was still accessible enough for me to finish The End Is Nigh, thanks in part to the quick restarts after failure which set you back only as far as the start of the room. But "finish" is maybe a relative term. Each level has a tumour on it that requires an extra bit of skill to reach, and those tumours can then be used to access locked areas. There are also other hidden areas to be found behind fake walls or at the bottom of drops you'd assume would kill you, in which you'll find mega tumours (worth five tumours) and/or collectible game cartridges. I have completed The End Is Nigh in the sense that I got to its ending, but I have barely scratched the surface of these secrets and collectibles, let alone the New Game+ mode which re-shapes every level.

The game is more satsifying to play when you make effort to get those collectibles, too, not simply for the added reward but because they encourage you to slow down. If you can slow down, resign yourself to near-infinite failure, and release yourself from the pressure to make constant progress, then challenging platformers like these become far more enjoyable. The music helps here, too - I must have heard each area's theme a hundred times, but the repetition was never grating. The first area's adaptation of Danse Macabre is superb, too.

Still, by the end of the game the difficulty had increased to the point where I was finding it a slog. Each new stage introduces new obstacles, but there's nothing truly surprising or game-changing to be found. The art is stylish and witty, but it's also dark and oppressive and eventually tiring to be around. Even if the New Game+ mode was easier, I was ready to move on to something else by the time I'd watched the final cutscene. 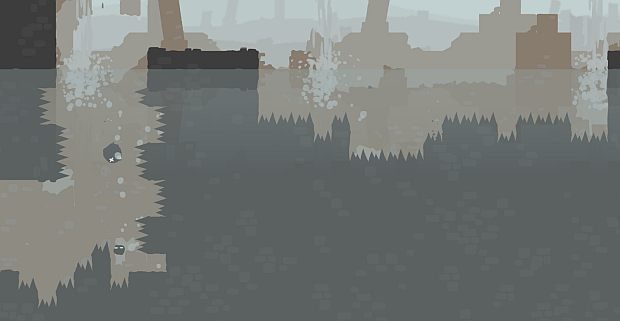 I can't talk about The End Is Nigh without comparing it to Super Meat Boy because in so many ways it feels like a conscious alternative to some of the defining properties of that rapid, colourful, classic game. But measured on its own qualities, The End Is Nigh is a good game, but not a memorable one.