Old friends of The Flare Path, Erwin Rommel and Bernard Montgomery, rarely agree about anything. Their latest difference of opinion is over the use of 3D graphics in PC wargames. Monty, as the following frank exchange of views makes clear, thinks polygons are about as much use in hexiana as feather dusters are in coal mines. The Desert Fox, in contrast, is rather partial to twirlable Tiger tanks. 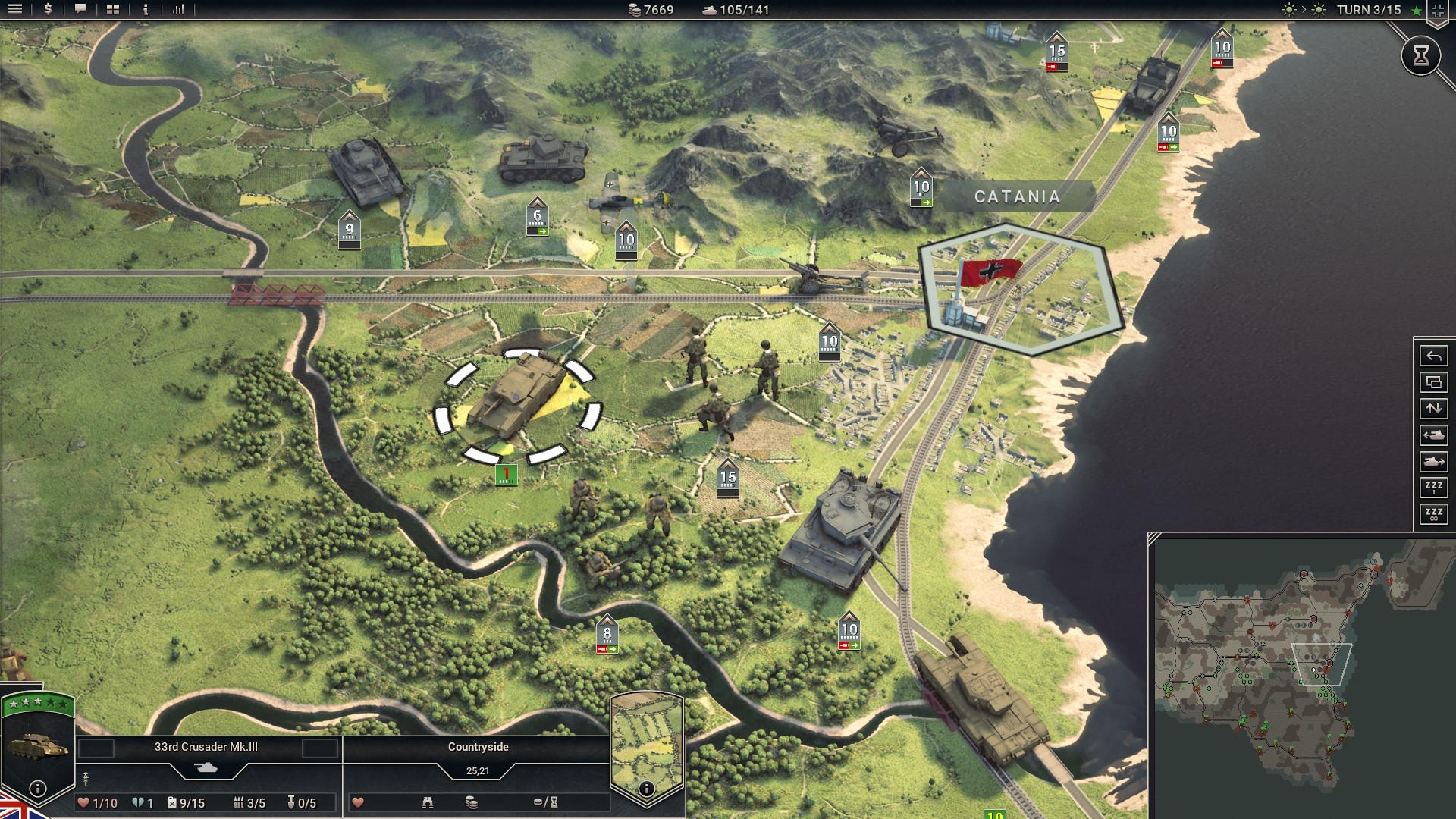 Monty: Prepare to be comprehensively Alameined, Erwin old chap. You haven't got a leg to stand on today.

Rommel: That's what you said before our IGOUGO vs. WEGO chat and look how that turned out. 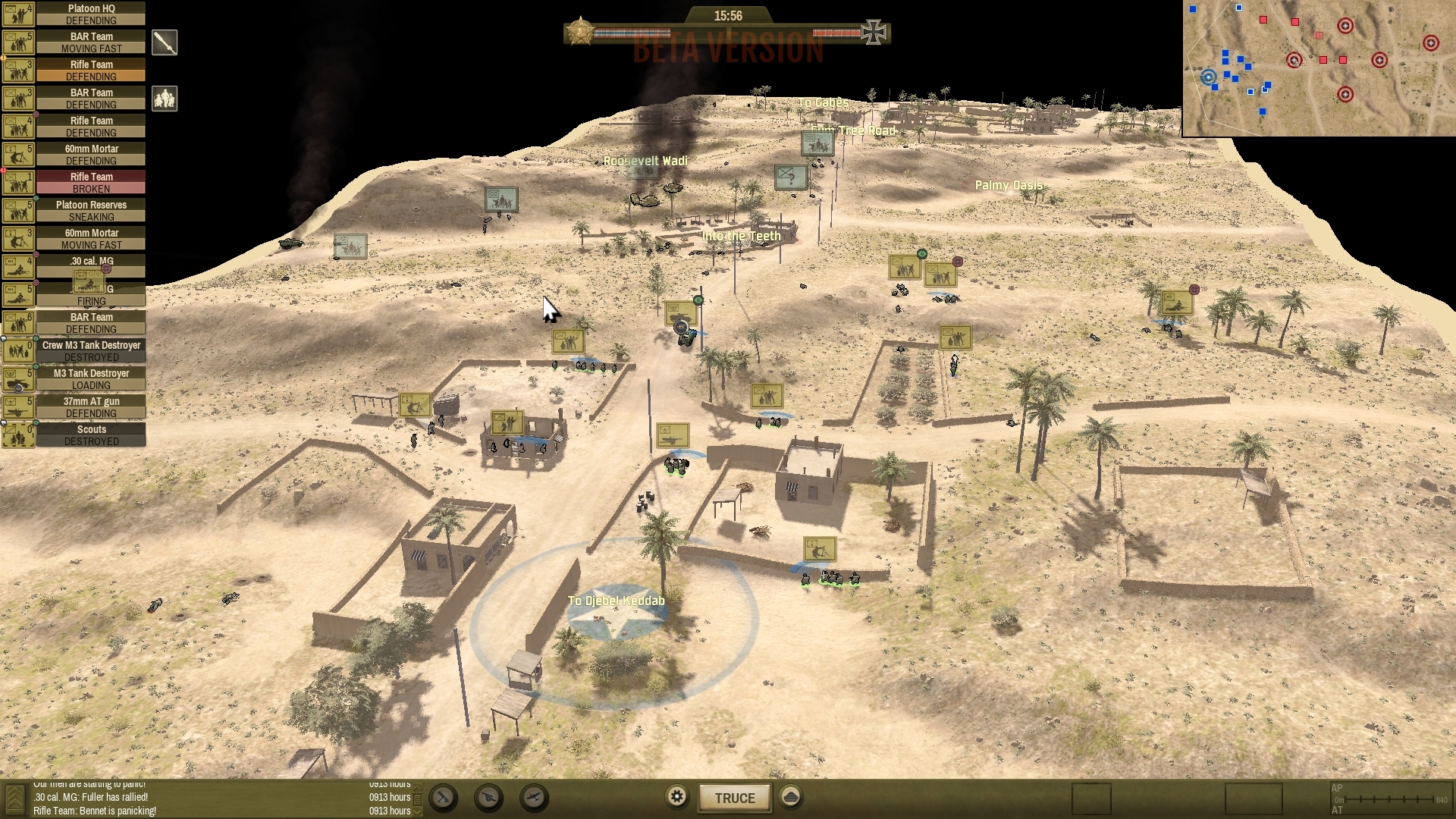 Monty: I've got a lot more ammunition today and it's of a much higher calibre. The latest batch of 3D wargames has proved beyond a shadow of a redoubt that adding a third dimension to 2D classics generally does more harm than good.

Rommel: Justify that dubious statement or withdraw it. 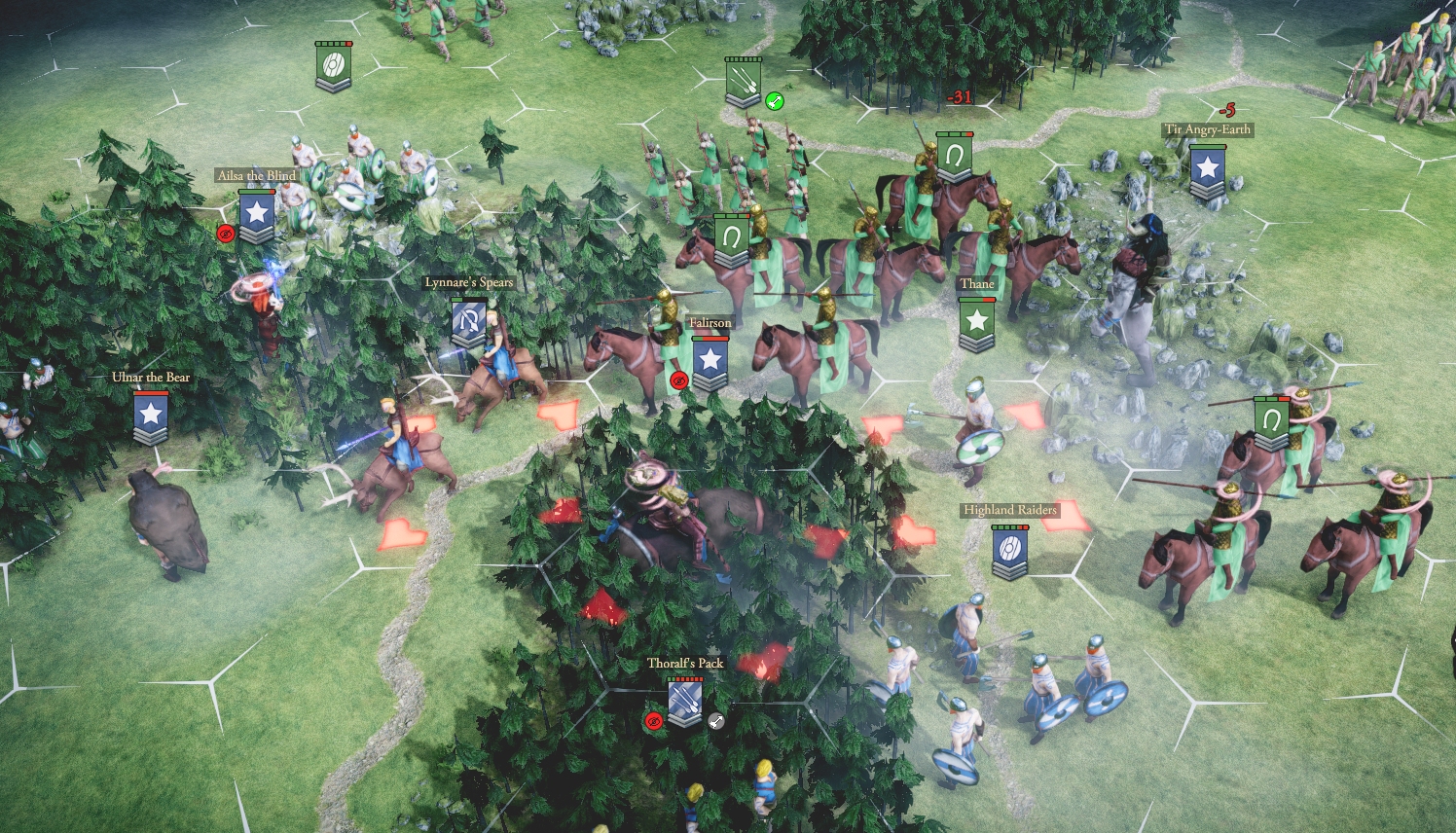 Monty: Well, for starters, do you deny that the likes of Panzer Corps 2, Fantasy General 2, and Close Combat: The Bloody First are harder to read than their 2D ancestors? Thanks to Unreal Engine 4 and Unity, units often merge unhelpfully with their backgrounds, and have myriad visages. 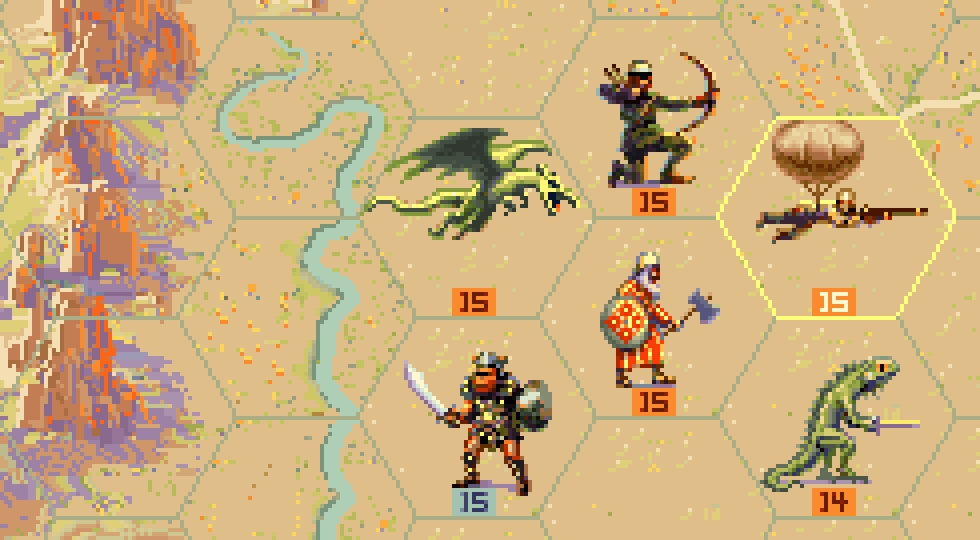 In the old days recognising a unit meant getting to know a single sprite; now because forces can be viewed from any angle, identification taxes the occipital lobe much more. 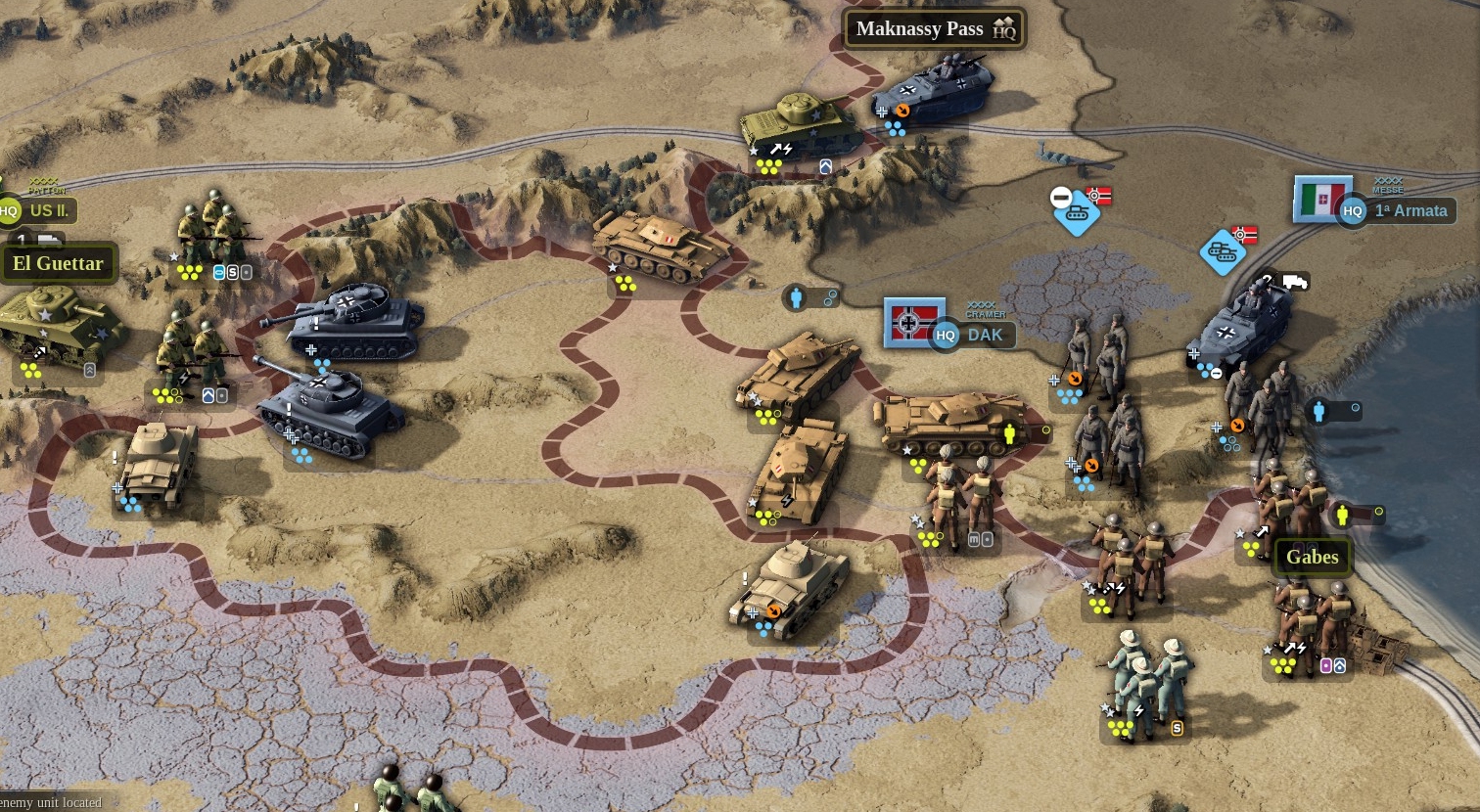 Rommel: While I accept that unit conspicuity can be an issue in the titles you mention, your implication that it's an unavoidable consequence of a 3D approach really doesn't stand up to serious scrutiny. Owned by Gravity, Flashback and Slitherine may not have worked out how to prevent battlefields and battlers from blending, but plenty of others have. 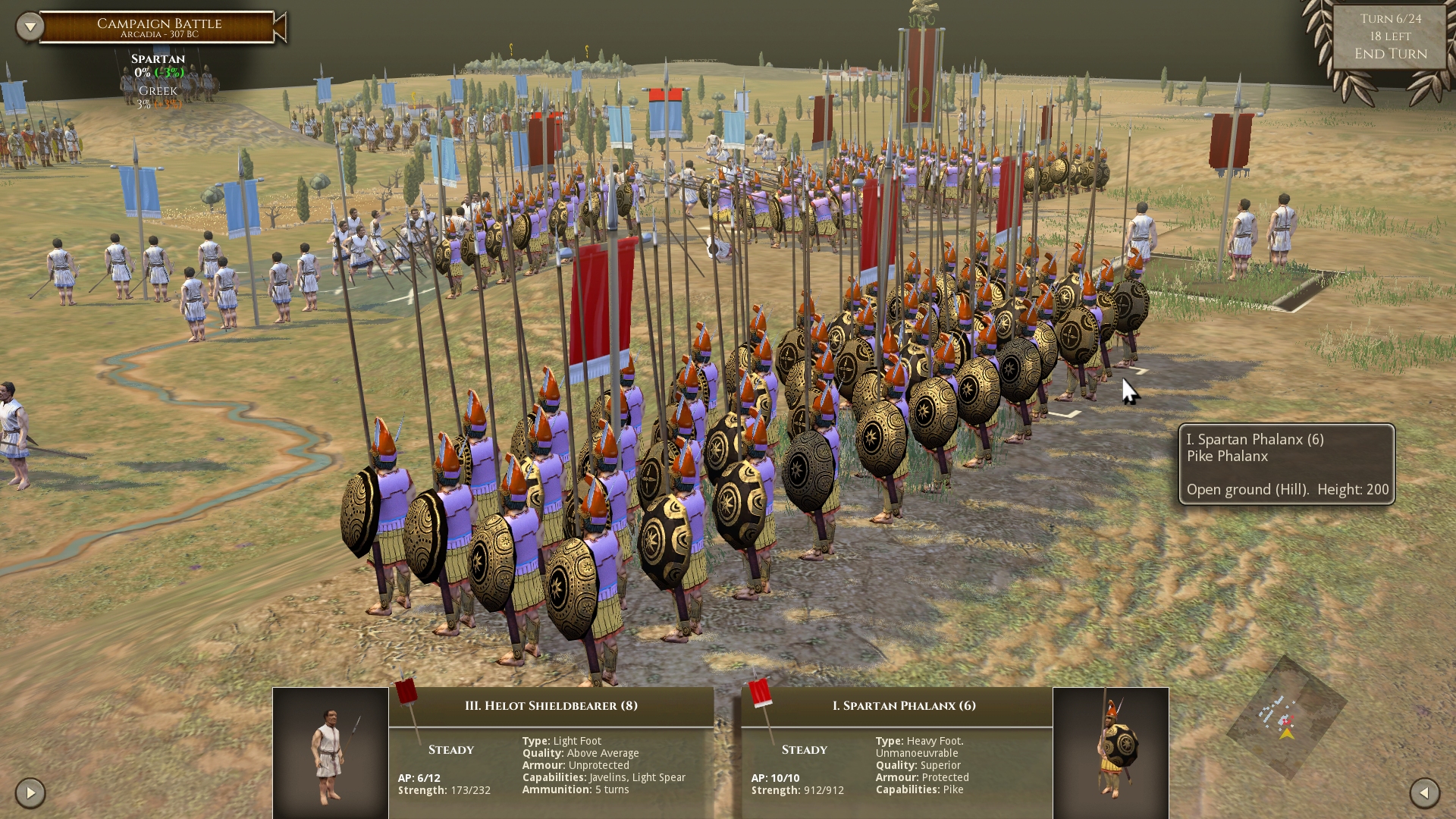 Can you honestly claim that you lose units in Field of Glory 2 and Unity of Command 2? 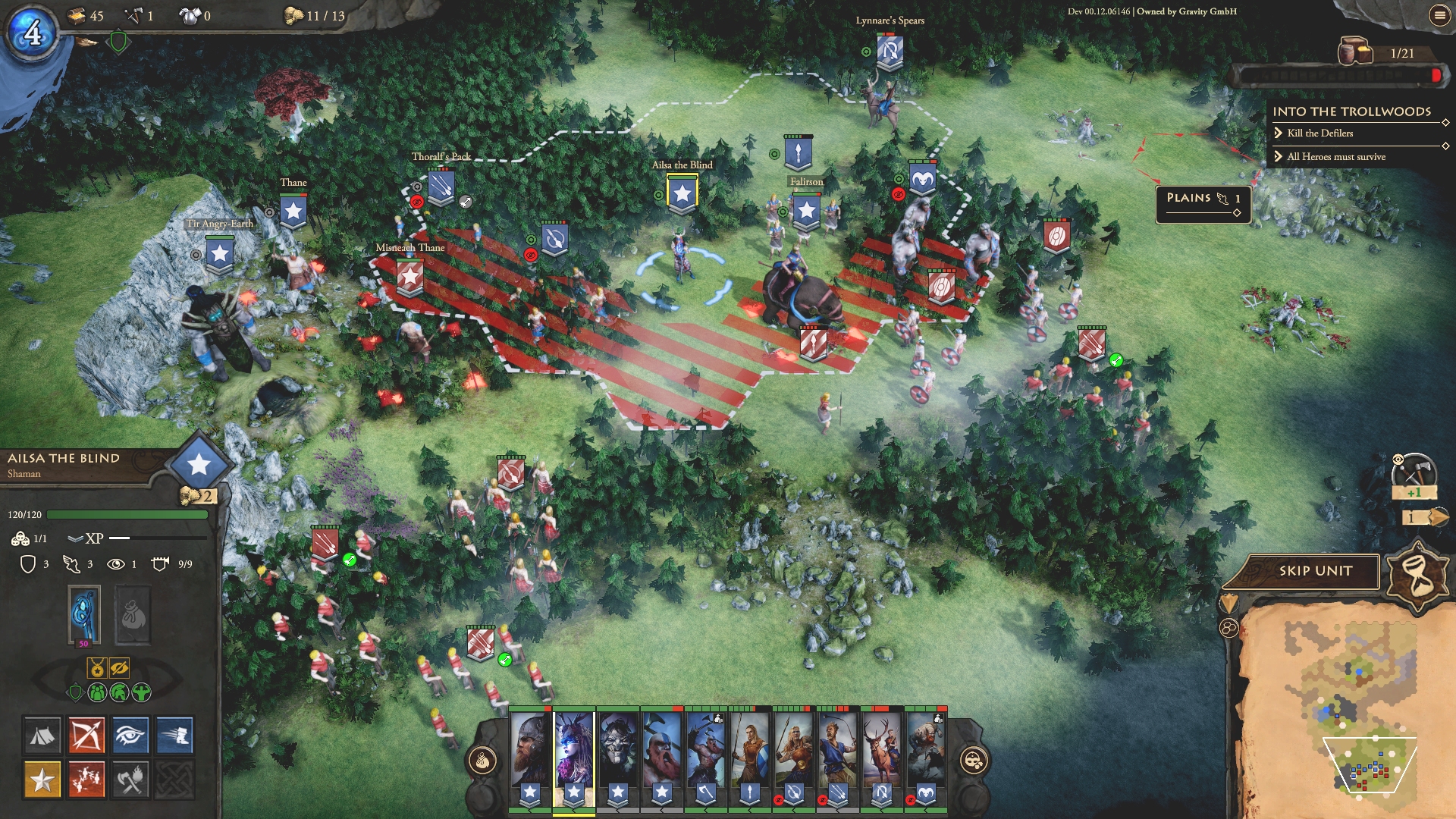 Monty: What about my other point? A 3D model that can be rotated, pitched up and down, and possibly overlapped with others, is inevitably going to be harder to ID at a glance than one that never changes its form or alignment. Once the novelty of 3D has worn off, you're left with a game that's actually worse at basic communication. 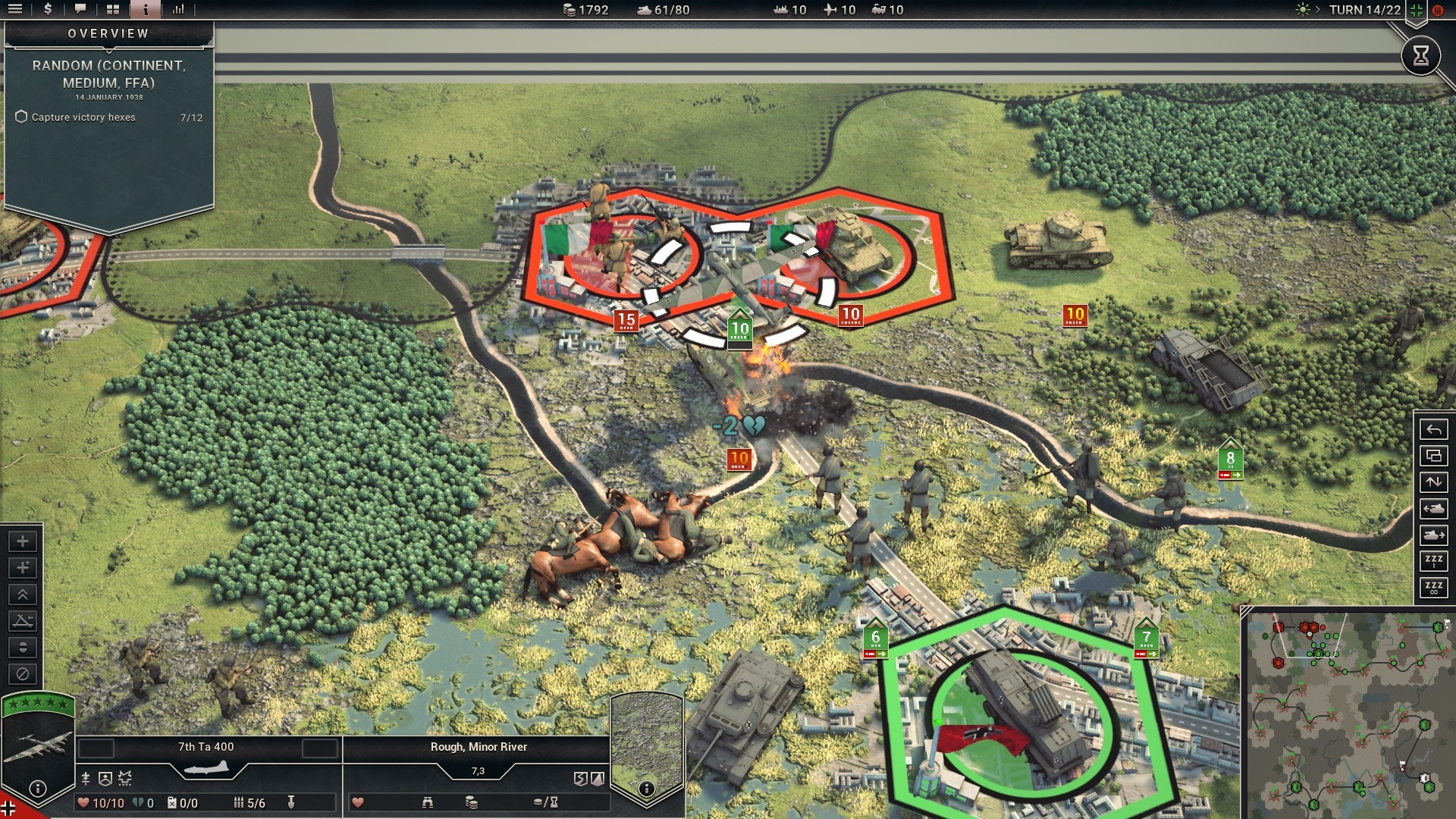 Rommel: I'll accept that argument if you accept that the sprites and counters you hold in such high regard have their disadvantages too. 3D figurines are far less likely to obscure the hexes they occupy than their pancake-flat alternatives. In games like PzC2 I rarely have to double-check the terrain under a unit. 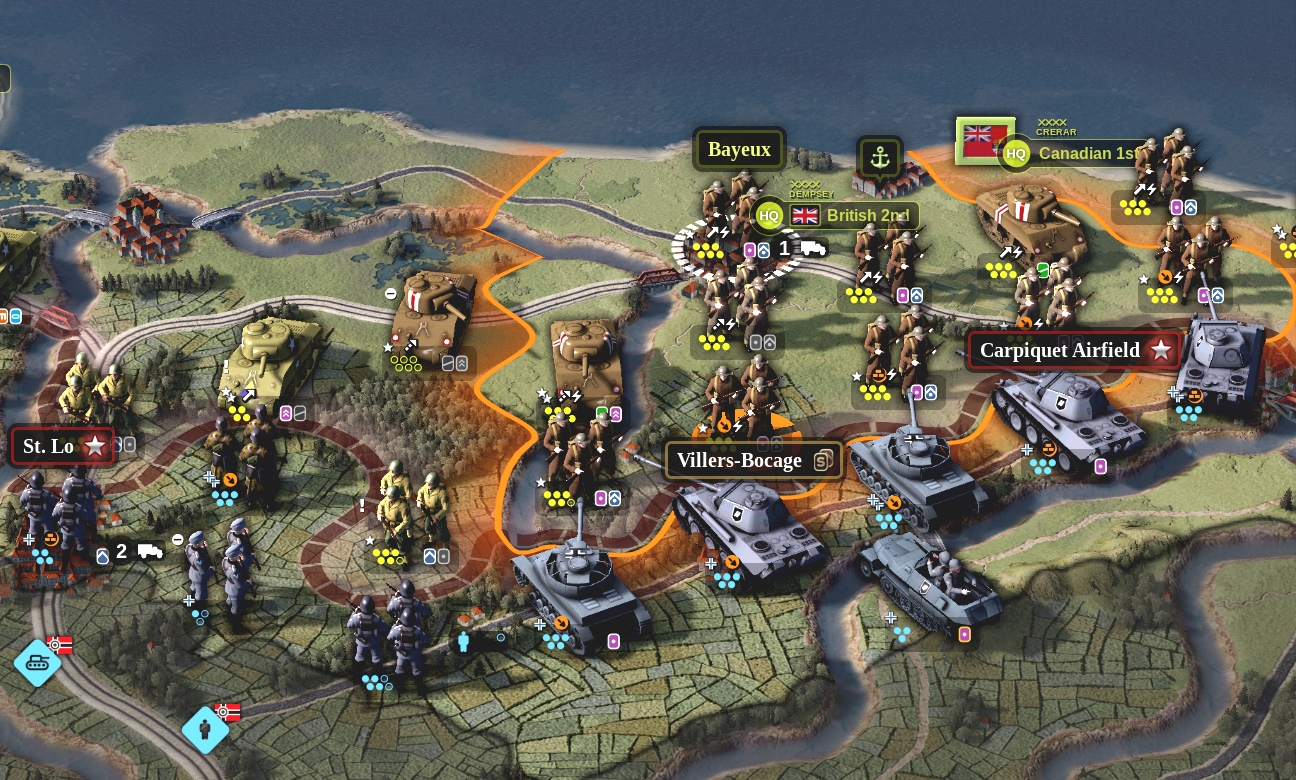 Monty: Touché. Time to remove the kid gloves. Deny if you dare that 3D wargames are more expensive to produce, harder to mod, and more vulnerable to unflattering comparisons than 2D ones.

Monty: When wargame smiths switch to polygons their low-budget efforts invariably invite comments in the vein of “Company of Heroes/Total War/Wargame is ten years old and looks better than this!”. The hex houses should stick to what they do best – 2D. 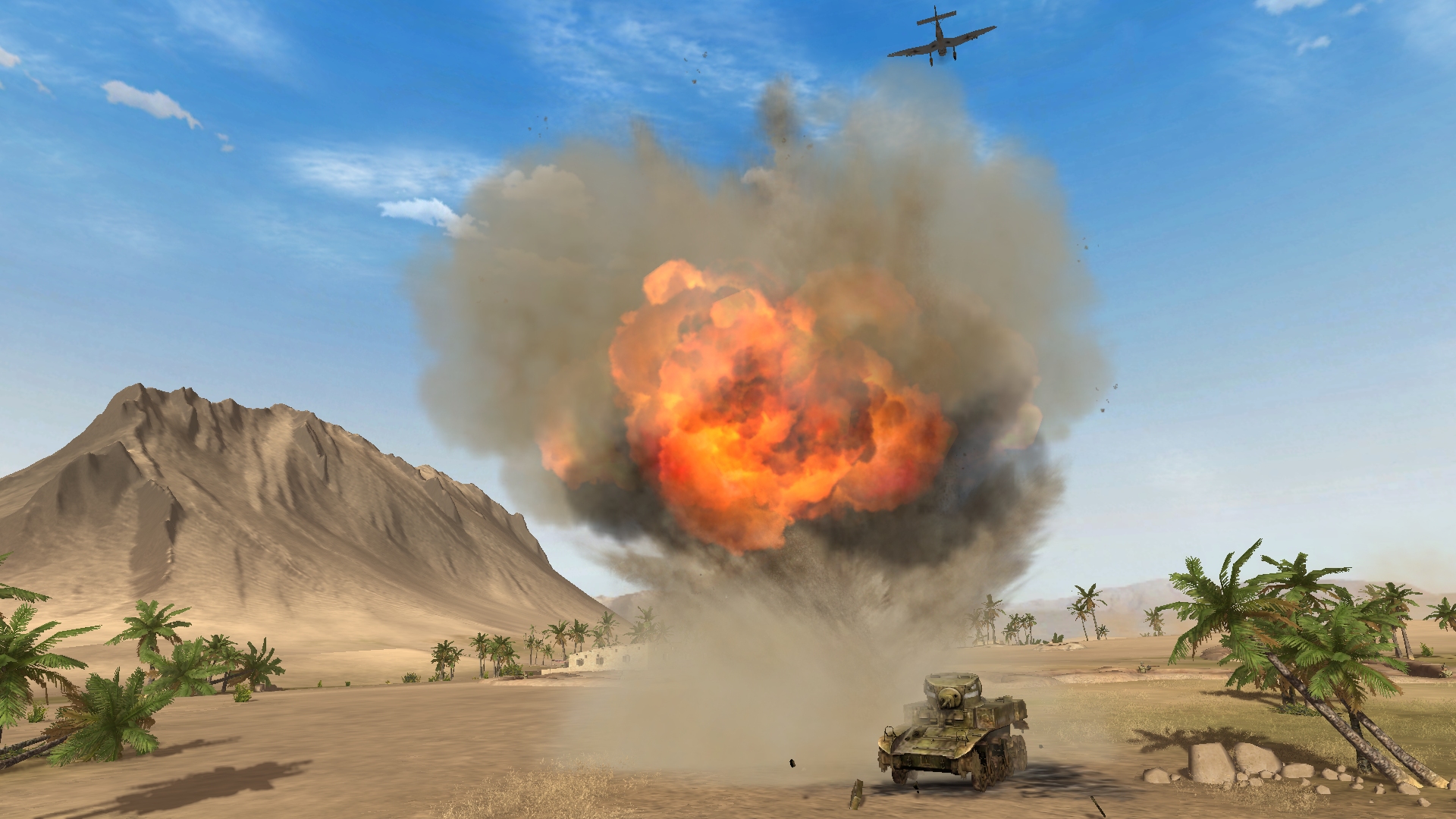 Rommel: I think we can safely assume that outfits like Slitherine wouldn't be embracing polygons if there wasn't money in it. Although 3D wargames are doubtless more expensive to produce, because they help the genre shed its dowdy image – as they appeal more directly to that generation of gamers raised on World of Tanks, War Thunder, and Battlefield - the investment pays off in the long run. 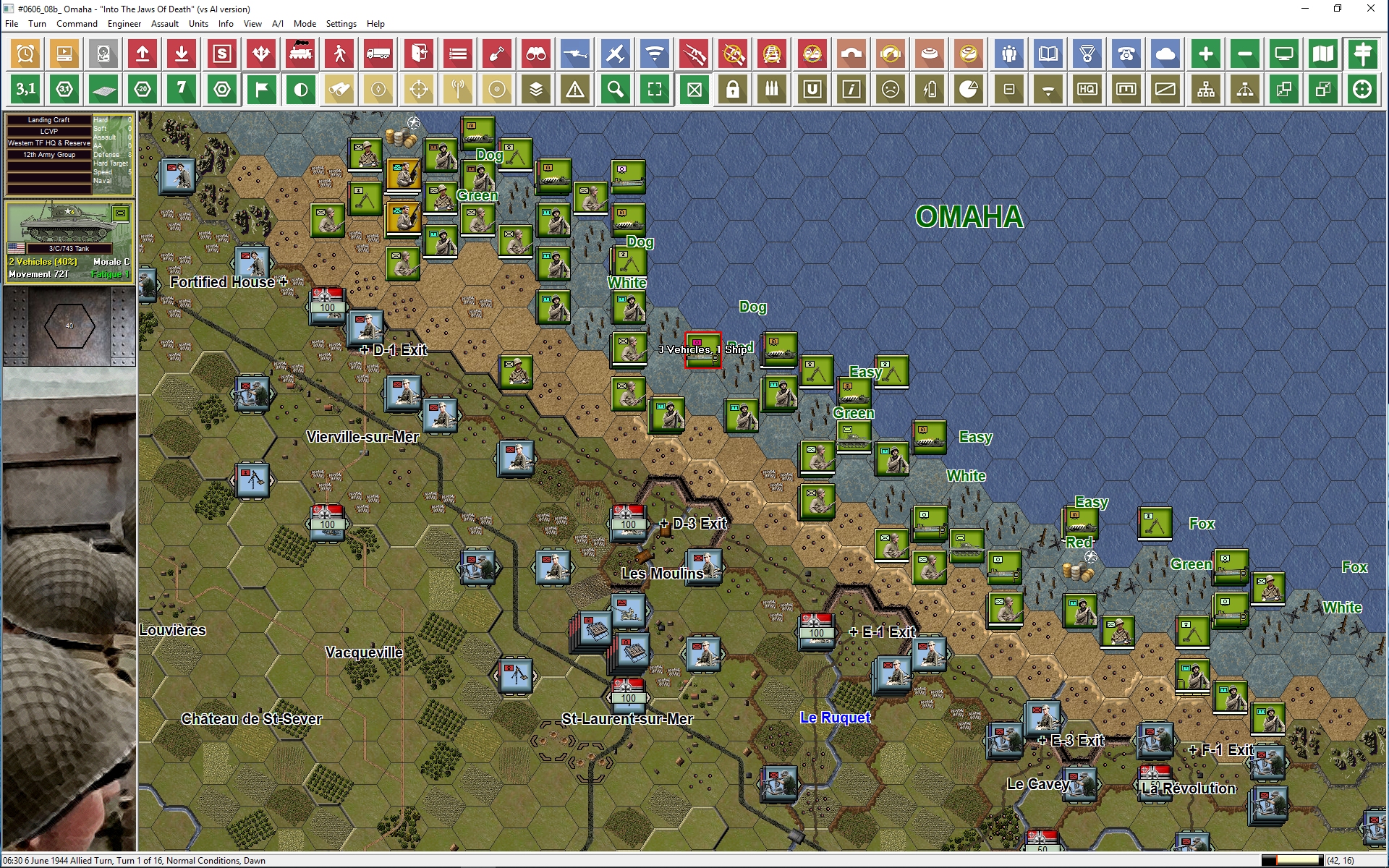 If serious wargaming is to survive, youngsters must be recruited. The sector is going to struggle to do that with a shop window stuffed with games that look like (no offence) John Tiller's output and the old Close Combats. Your touching/misguided loyalty to 2D is a recipe for extinction. 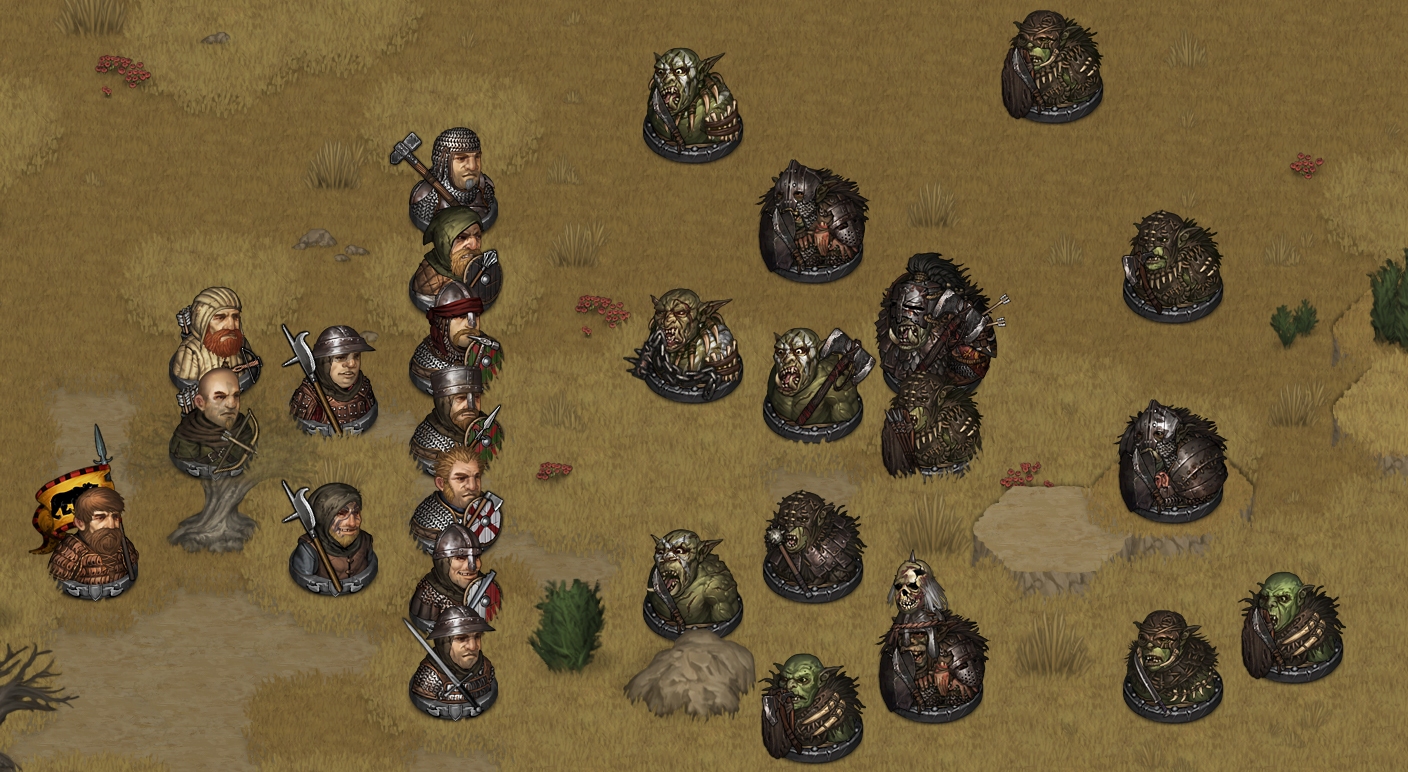 Monty: 2D wargames don't have to look dated. The original Unity of Command, Drive on Moscow, Rebel Inc: Escalation... show what can be done with a strong, eye-catching 2D aesthetic. Take the 3D path and often all you wind up with is bland homogeneity (All those WW2 RTSs of the early 2000s look very similar today). 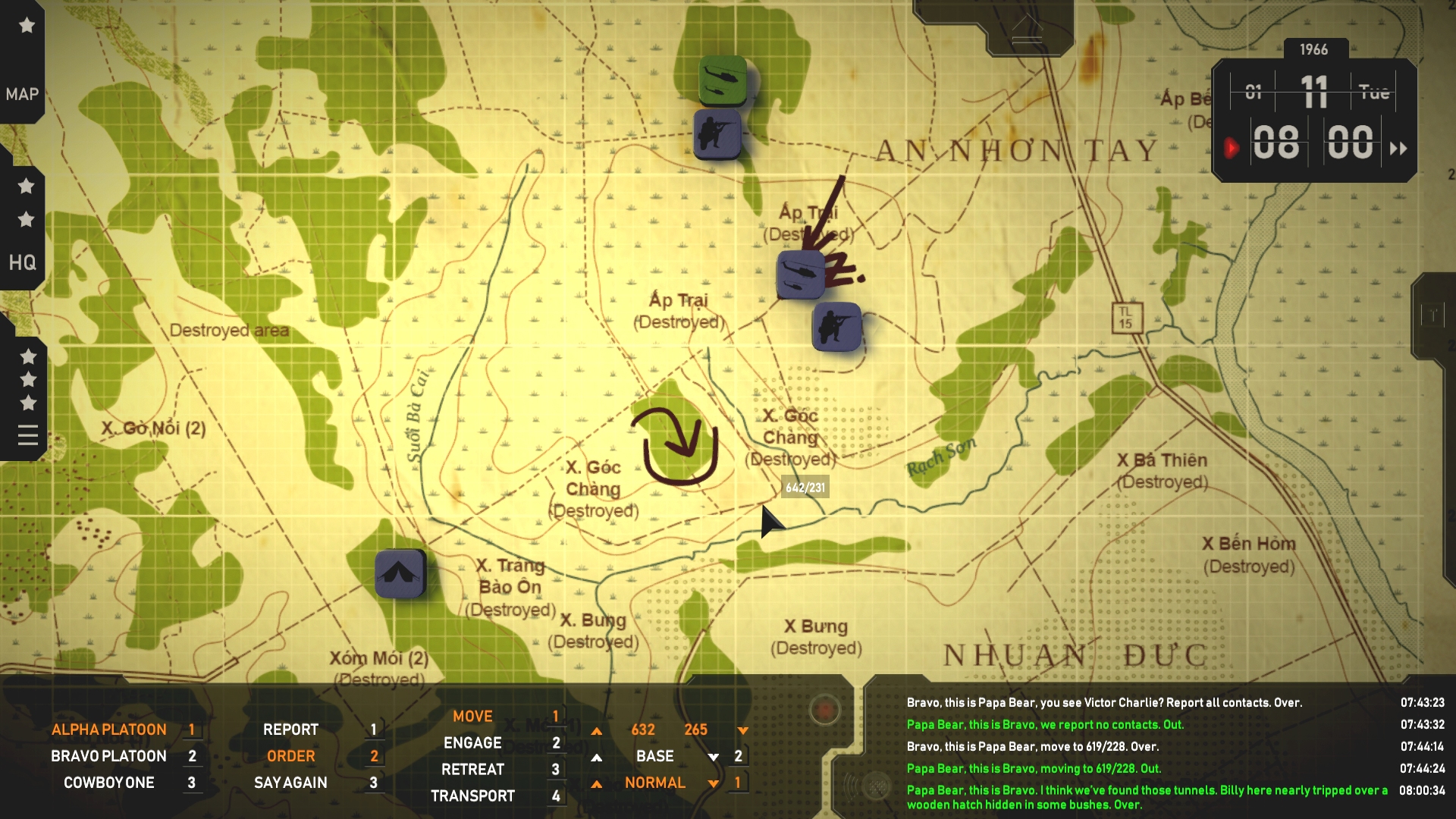 Instead of relying on GPUs to magic their subgenre into the mainstream, wargame movers and shakers should focus on basics like AI, approachability, and atmosphere. They need to take thematic and conceptual risks. 3D is fool's gold. 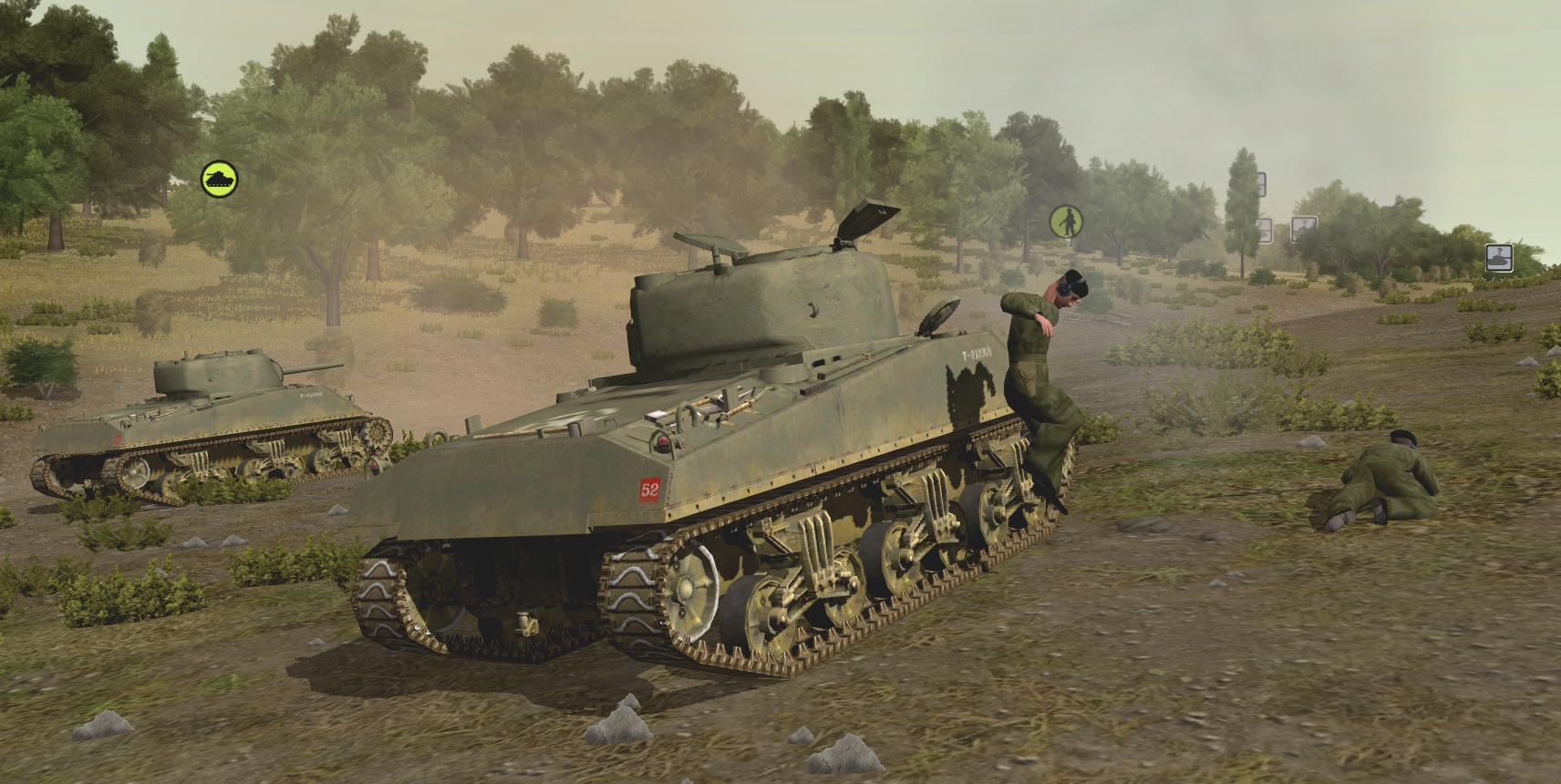 Rommel: I assume you don't have a problem with the use of 3D in titles like Combat Mission and Graviteam Tactics?

Monty: Absolutely not. There the extra dimension serves a tactical purpose. What gets my goat is when 3D is used to veil superannuated mechanics or gull the gullible.

Rommel: So it's fine, in your view, for a dev to employ 3D for, say, contour clarification or empathy enhancement, but not to help attract new audiences, or allow players to admire AFVs from any angle? You do realise how puritanical that makes you sound? 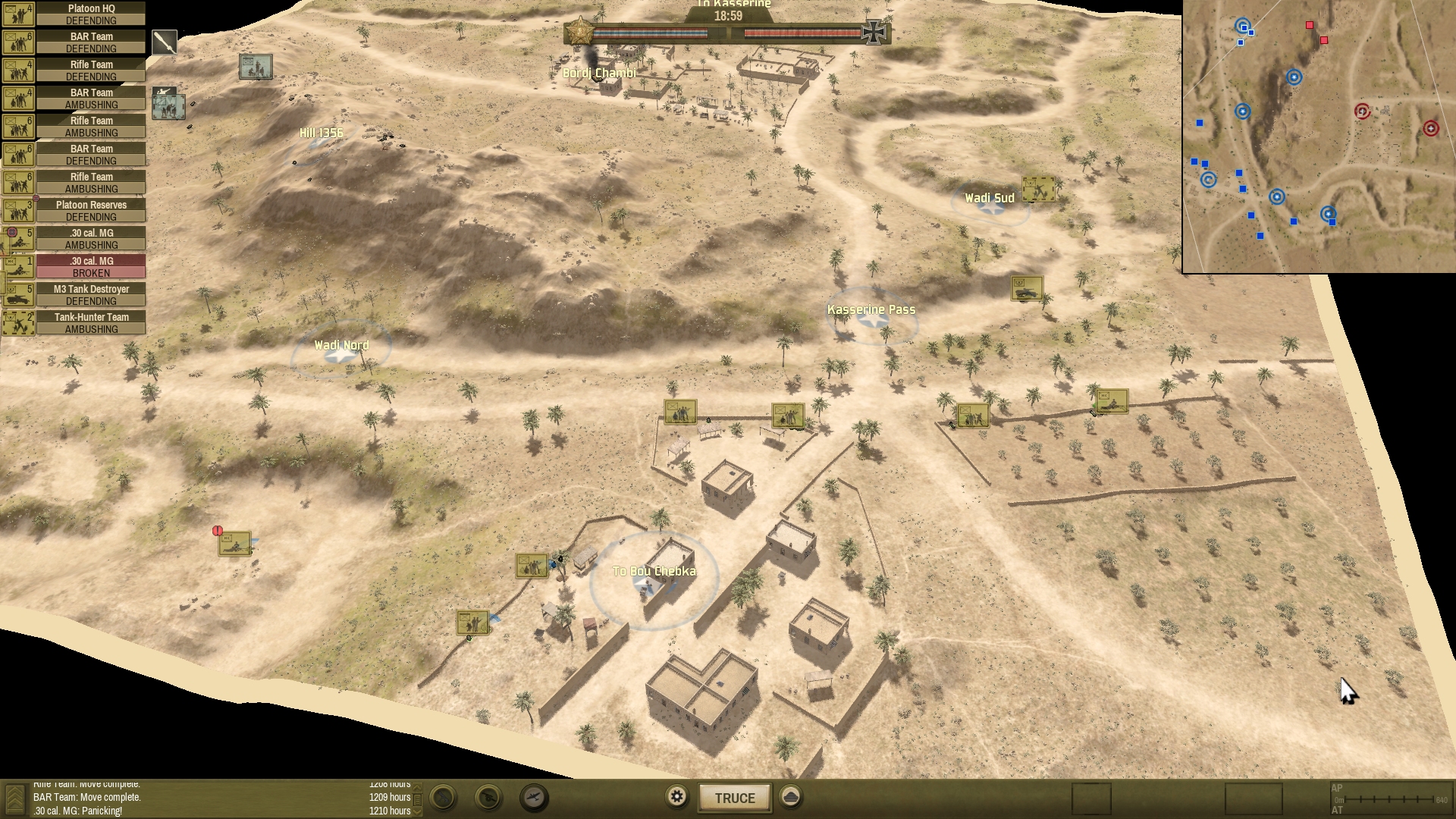 Monty: The suggestion that 3D graphics are the best or only way to attract new blood into computer wargaming is yours not mine. Personally, I think it's a dangerous myth. It results in misfires like Close Combat: The Bloody First – a game with the aesthetic charisma of a bowl of cold porridge.

Rommel: Now you're just being nasty. In the light of your strong views on games with z-axes I presume you'll be giving upcoming titles like Task Force Admiral, War on the Sea, and Second Front, a wide berth? 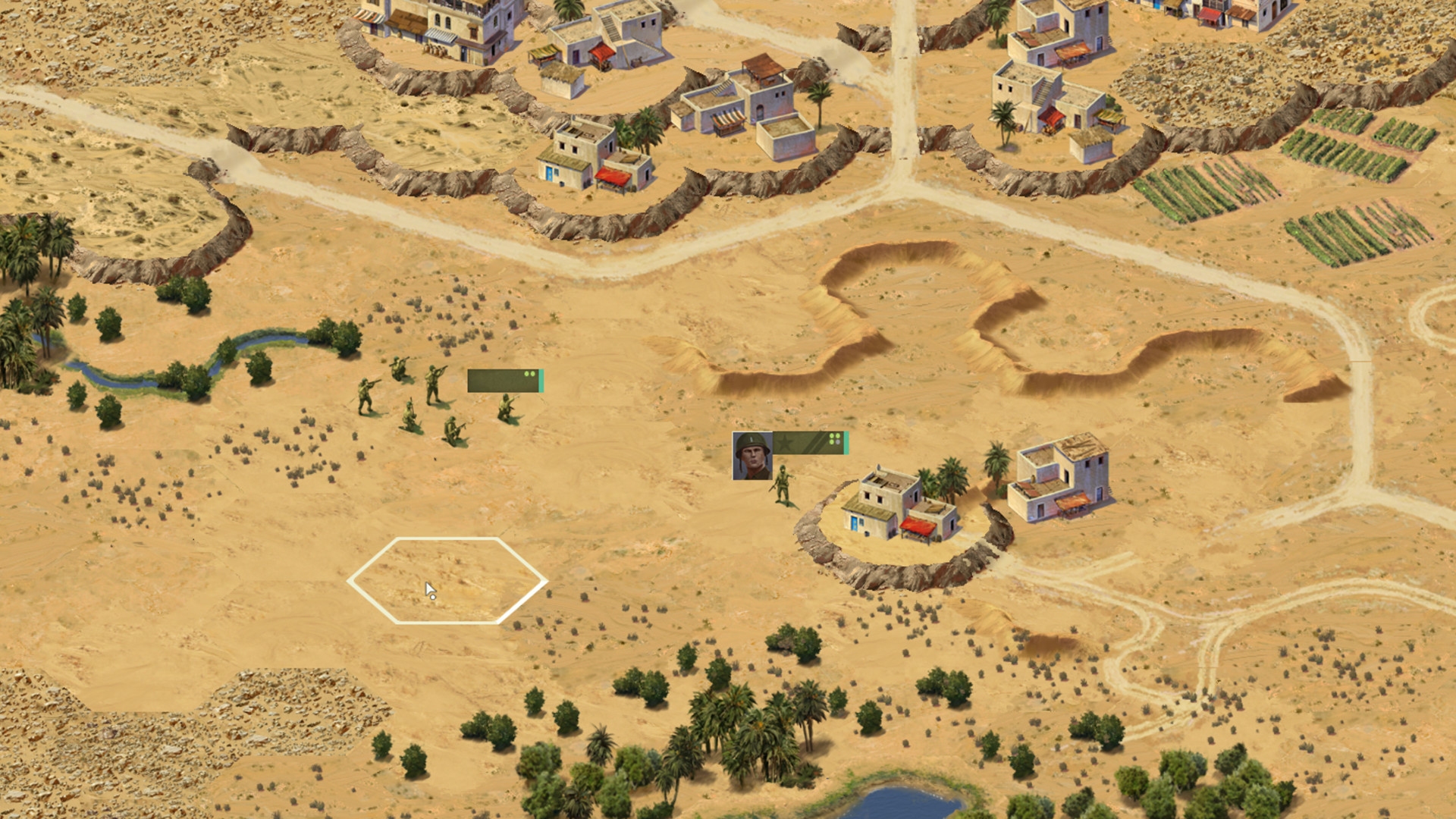 Monty: In the unlikely event this trio don't justify their peripatetic cameras and visible horizons tactically, then I suspect they'll do it with spectacle. Although they call me “The Spartan General” I love a good explosion and turret cam as much as the next man. Does your enthusiasm for 3D mean you'll be avoiding the unapologetically supine General Staff, Burden of Command, and Flashpoint Campaigns: Southern Storm when they arrive? 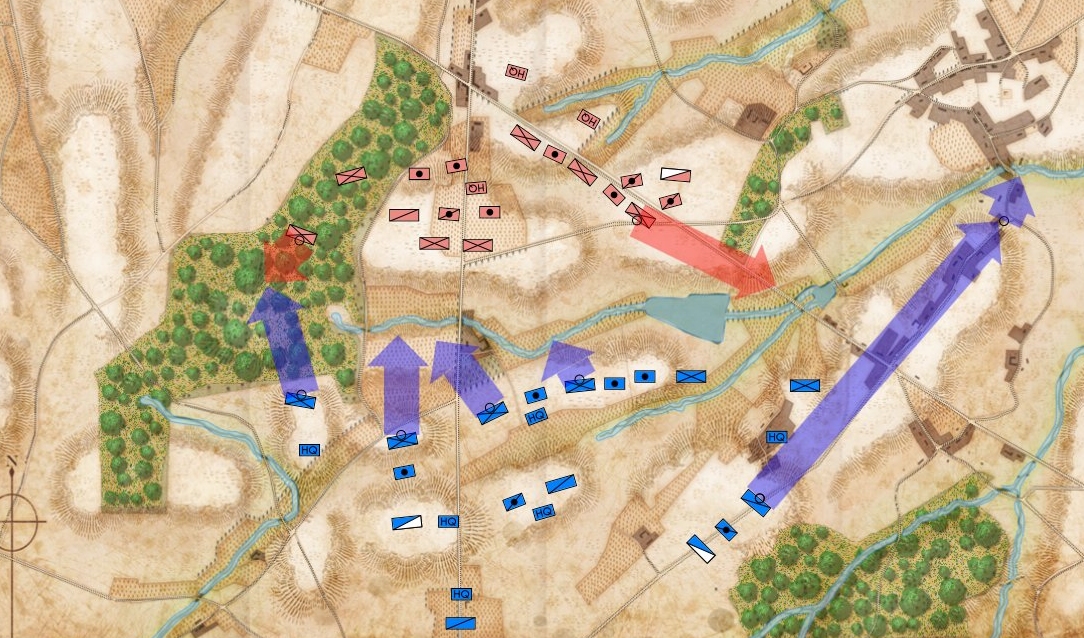 Rommel: Of course not, but I'll be interested to see how scrutable their landscapes are. Judging sightlines in top-down wargames is always problematic. 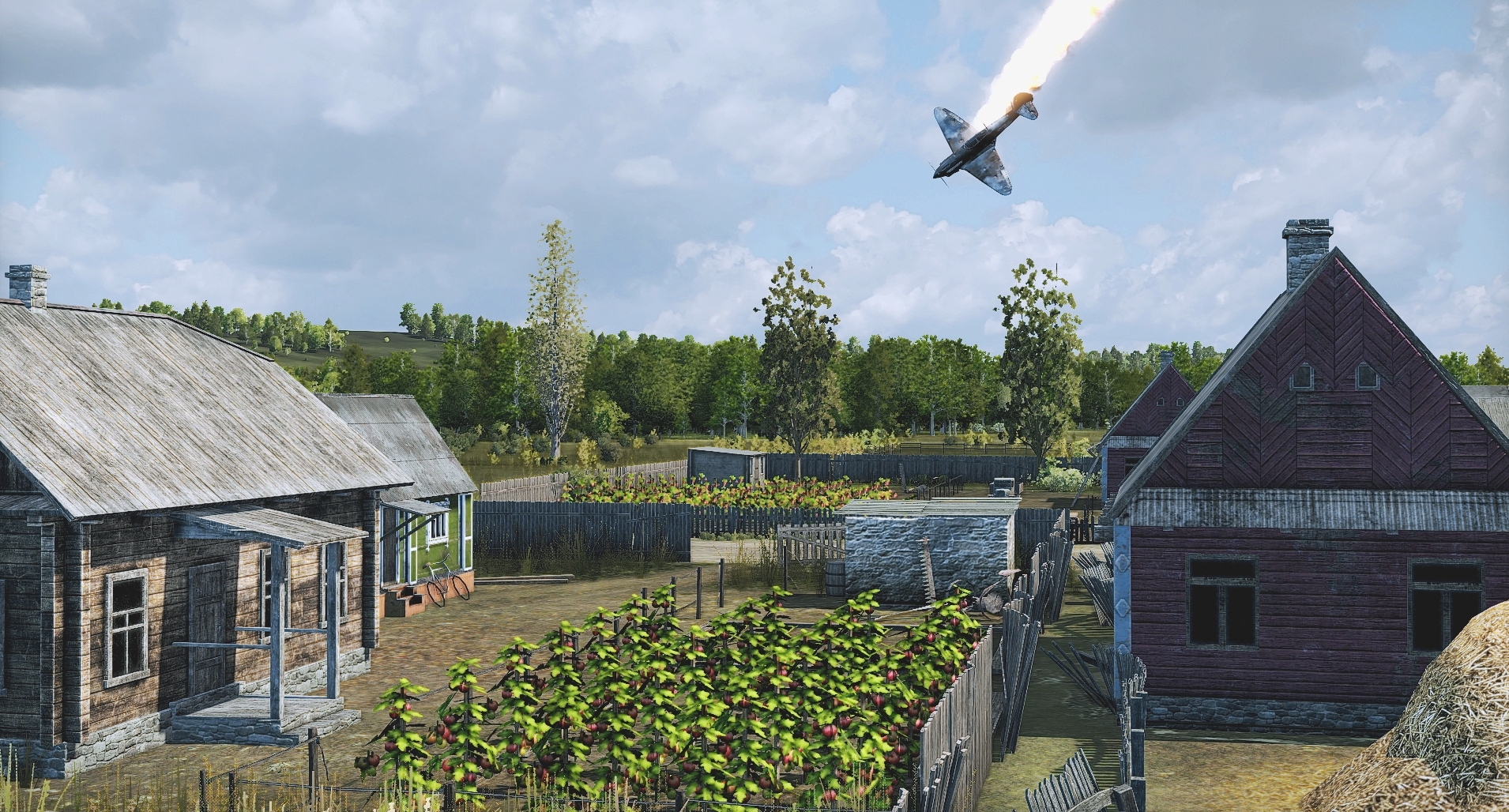 Rommel: According to my notes, I am by a country kilometre. You've yet to land a meaningful blow.

Monty: Hang on. I'm pretty sure at one point you admitted that polygonising classic wargames was usually a mistake.

Rommel: I admitted no such thing. 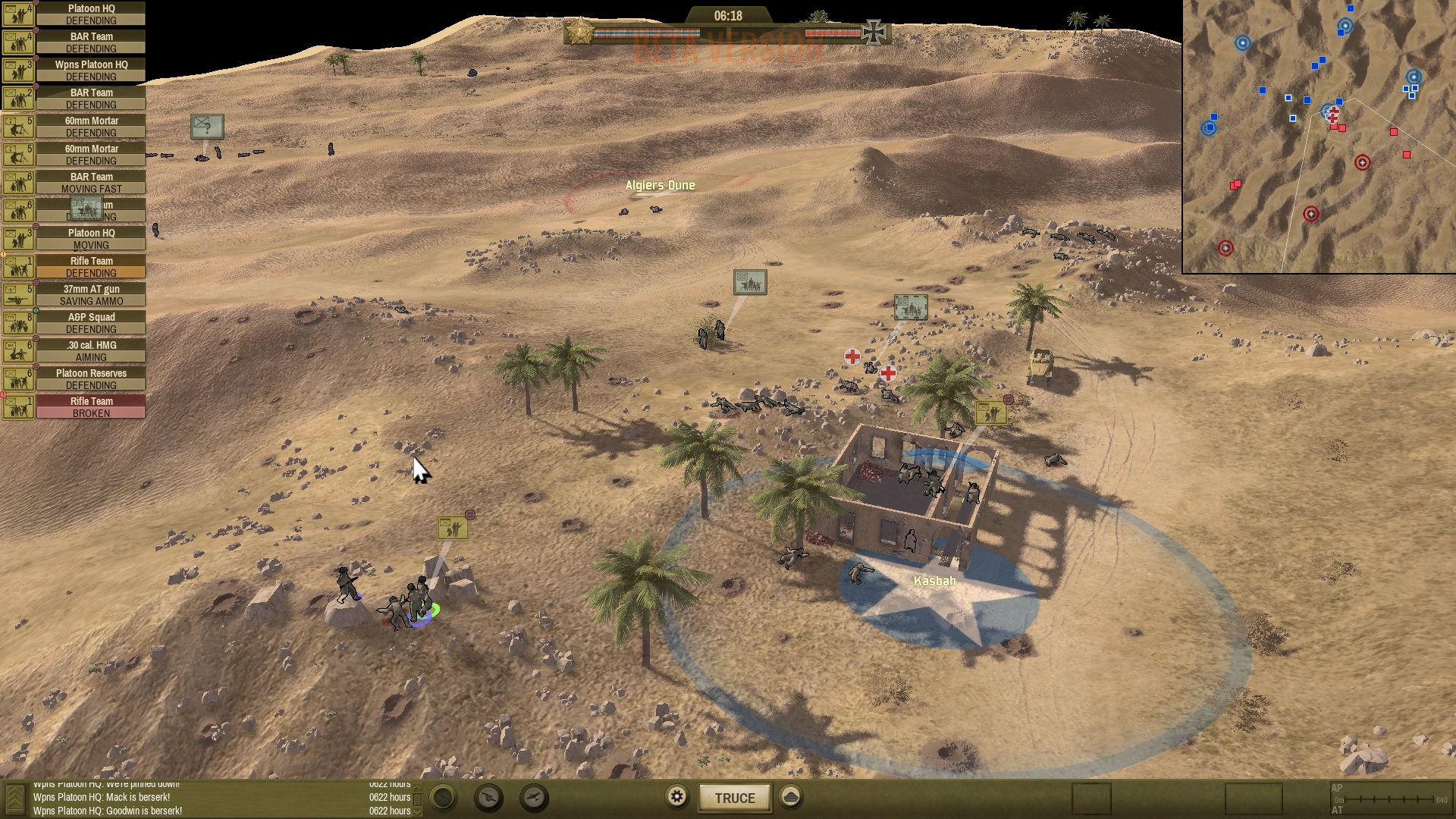 Monty: So Panzer General 2, Fantasy General, and Close Combat have all benefited substantially from their recent engine switches?

Monty: You old fox. Arguing with you is like trying to puncture a Panzer VI with a Boys anti-tank rifle. I think we're going to have to settle this the way we settled our Turns vs. Turnless debate.

Monty: Prepare to get Hummered. 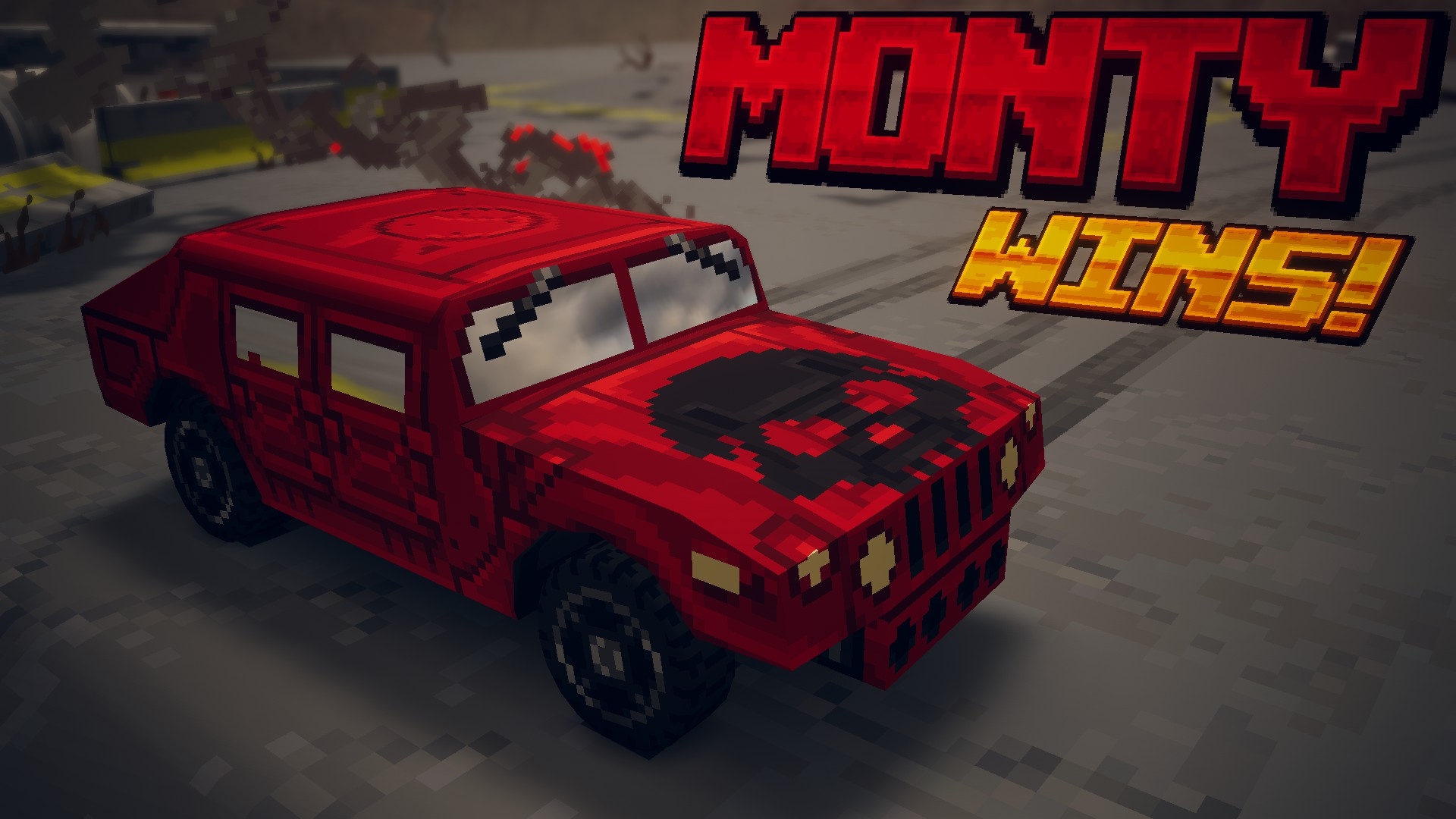