Blimey, gosh, crikey, blow me down, and gee willikers. The Microsoft Flight Simulator kraken has woken. Arguably the greatest sim of all time is going to get a sequel and judging by the mesmerising E3 trailer that I dissect after the jump that sequel is going to be the best thing since Henry Hovis realised there was a better way to serve a loaf of bread than to place it atop a spiked chest-high column* in the centre of the parlour and have all members of the family chomp on it simultaneously.

00.00. When it comes to FS trailers Microsoft's track record is spottier than a cheetah with chicken pox. Thankfully, the latest one doesn't take the form of a stereotype-stuffed international sitcom.

00.06.  “CAPTURED IN REAL-TIME 4K” is about as informative as the “FARM GROWN” boast I noticed on a bag of porridge oats in my local supermarket the other day. Does the failure to use the slightly more meaningful “IN-GAME FOOTAGE” mean the sights to come are best taken, like Tesco porridge, with a pinch of salt? I sincerely hope not.

00.11. “POWERED BY SATELLITE DATA AND AZURE AI”. The Flight Simulator series has used satellite-derived data to build its global scenery for years so that's hardly a bombshell. The prominent mention of Microsoft's subscription-based cloud computing service, on the other hand...

00.17. Gosh, those are mighty pretty puffs of water vapour. In a genre where cloud-improving add-ons can cost as much as the sims they enhance, the form and fluffiness of default cumulus really matters and 'FSXI' seems, at first glance, horizontal convective rolls ahead of its predecessor. I wonder if the clouds swell, shrink, scud and spawn thermals in addition to sitting about looking stunning.

00.26 to 00.27. This brief glimpse of Marseille's crowded shoreline provides the first real evidence of a fundamental change in design approach. The buildings look too varied and naturalistically arranged to be hand-crafted and hand-placed, or the haphazard products of an autogen system like the ones employed by FSX and X-Plane. What the scene brings to mind is Google Earth's 3D roofscapes - dense terrain meshes built with the aid of the mathematical magic trick that is photogrammetry then draped with hi-res aerial images. As any flight sim shipping with a globe's worth of this type of scenery would be the size of an An-225, it seems probable users of Microsoft's upcoming sim will stream topography and textures as they fly. The days when MSFS could be enjoyed offline (and without a subscription?) may be over.

00.28. Fittingly, the next vista is one with long associations with the MSFS series. Just out of shot to the left is the artificial island occupied by Meigs Field until that little airport was illegally destroyed on the orders of Chicago mayor, Richard M. Daley in March 2003. Once again, the clouds and lighting threaten to steal the show. The way the skyscrapers poke through patches of low-lying mist while a setting sun hems the clouds above with gold... gorgeous!

00.32. That sinuous helicopter-like fuselage and unusual T-tail combined with those distinctive engine nacelles identify this handsome hangar inhabitant as the sleek and swift Diamond DA62. As I know next to nothing about the DA62 I'll tell you a story about its 1930s equivalent, the Avro Anson, instead. The Annie was a deathtrap compared to the DA62 but in 1940 two of them were involved in an aviation miracle the like of which we'll probably never see again. Over Brocklesby in New South Wales, a pair of Training School Ansons collided and became hopelessly enmeshed. The upper machine's engines stopped, but the lower one soldiered on, successfully crash-landing with its piggyback burden still in place. Amazingly no-one died in the incident.

00.36. And that, I believe, is a SOCATA TBM, another thoroughly modern glass-cockpit endowed GA aircraft that I know bugger-all about. Five-bladed airscrews like the ones that propel the TBM-900 started appearing in significant numbers during WW2. While American designers sought to fully exploit the power of the new bigger aero engines by lengthening props, the Germans by broadening them, the British went with more air oars instead. The extra torque produced by the extra blade meant machines like the Griffon-powered Supermarine Spitfire XIV were real handfuls during take-offs. Doubtless, the TBM is more tractable.

00.40. The fact that this busy LAX scene and the subsequent cockpit self-shadowing illustration left me largely unmoved probably says more about my sim preferences than anything else. As X-Plane has provided summonable tugs and service vehicles for a while it's no great surprise that FSXI will offer similar amenities.

00.50. Echoes of the short-lived but by no means awful Microsoft Flight at the fifty-second mark. The brief picturesque run along the San Francisco waterfront was filmed from the cockpit of a virtual ICON A5 if I'm not very much mistaken.

00.52. A Flare Path flair point to the first person to tell me which Nineteenth Century novel features this island.

00.54 to 00.58. The MSFS series has always failed to do justice to wilderness areas. Land class- based autogen and texturing invariably fails to capture the stark beauty and subtle variations of deserts, jungles, forests and grasslands. This 'natural beauty' phase of the trailer suggests FSXI might be different. A jaunt across Australia's interior, or the Eurasian steppe, say, could be genuinely enticing.

00.59. At first I thought this was the Sedan Crater on Yucca Flat but in fact it's a much older American dent. 1200 metres wide and 170 metre deep, Meteor Crater in northern Arizona was created 50,000 years ago by a hurtling lump of extraterrestrial iron around 50 meters in diameter. A mining engineer and businessman called Daniel Barringer was the first to recognise the crater for what it was (previously it was believed to have volcanic origins). He spent 27 years searching for the priceless lump that had excavated the hole not realising most of it had been vaporised during the impact.

01.00. This thunderhead looks almost too good to be true. If it turns out to be photoshopped there'll be trouble.

01.05. After a couple of stormy snippets too short to prove anything except that rain drops worm across windscreens rather nicely, the trailer quickfires two scenes that suggest night flights over cities and dusk/dawn airport approaches are going to be pretty special.

01.06. My favourite bit of the trailer. The banking Super Cub (?), the inviting lagoon, the flight of feathered croquet mallets... wonderful. Hopefully, the fauna team's remit covers domesticated animals as well as wild ones. It's about time a sim acknowledged the world's billion sheep and 1.5 billion cows.

01.08. I remember when the Great Pyramids of Giza looked like this in MSFS. How far we've come.

01.11. This Golden Gate Bridge segment suggests short view ranges won't be an issue. The mountains visible in the far distance are a good fifty miles away.

01.14. During a low pass over Minute Maid Park in downtown Houston we get our first close look at urban scenery, and see moving road traffic for the first time. The vistas do not disappoint. The wealth of architectural detail and hundreds of individually modelled parked cars make the cities in Aerofly FS2, FSX and X-Plane look decidedly crude.

01.17. Another default steed, I presume. An aerobatic trainer that first flew in 1968, the Mudry CAP 10 is one of two Gallic aircraft in the line-up – three if you count the Airbus.

01.22. An inadvertent admission that the new engine can't do everything? Look closely and you'll see that the river the Super Cub is following jinks rather than bends.

01.24. The trailer might not feature that MSFS staple, the Skyhawk, but it's not totally Cessna-free. The aircraft alarming the African elephants is, of course, a Caravan.

01.29. It looks the new engine can sim sloped runways. This section shows a plane approaching Courchevel, one of the world's most challenging airports. Overshoot while landing on this steep, short Alpine strip and the best possible outcome is a low-speed encounter with a snow bank.

01.32. TBMs cavorting together surely has to be shorthand for “There will be multiplayer.”. 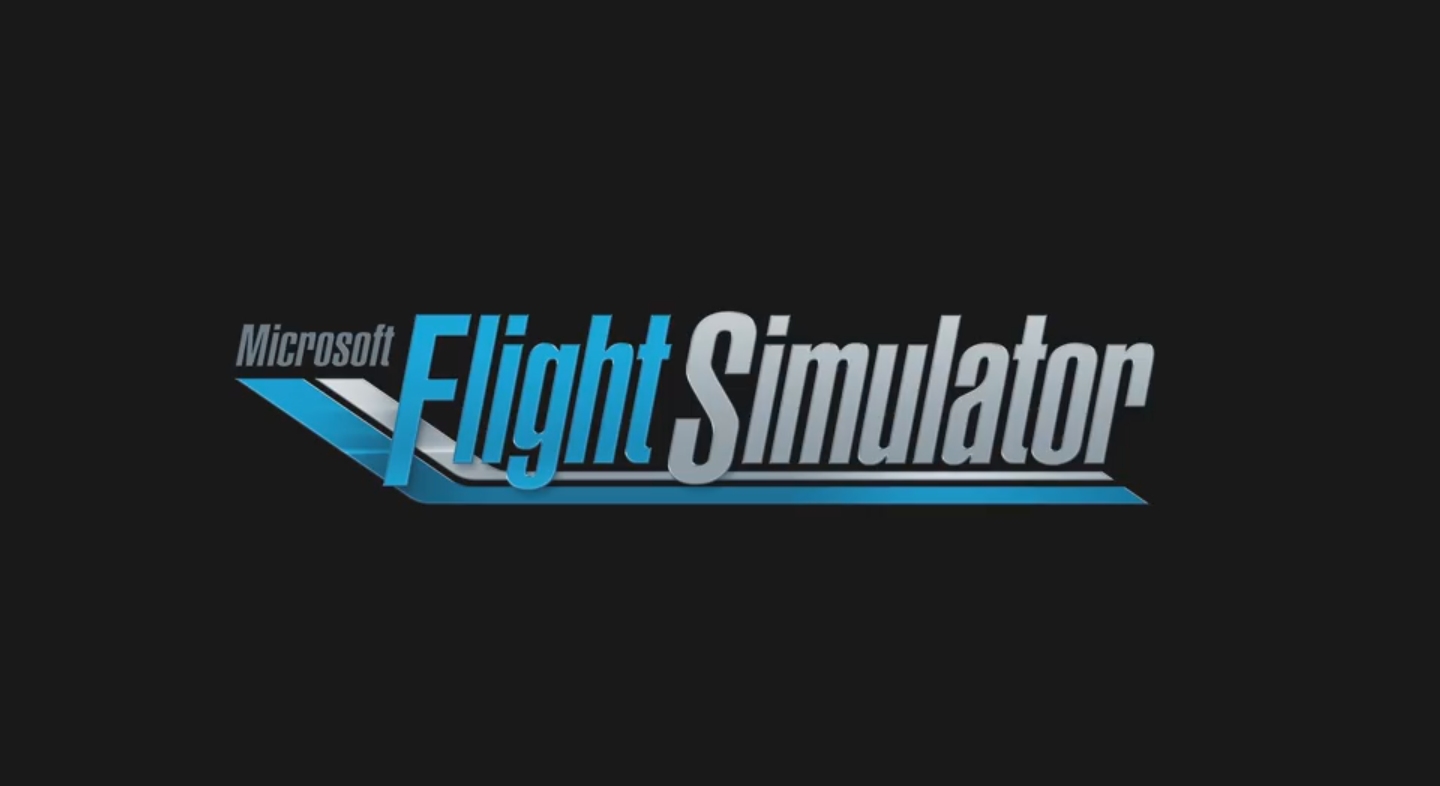 01.38. FIN. Should we read anything into the absence of whirlybirds, sailplanes, and autumn colour? Is there any chance this great leap forward can be achieved without abandoning all backwards compatibility? Will there be room in the (presumably) new business model for the legion of third-party airframe and scenery crafters who've helped make MSFS the genre goliath it is today? It's impossible not to be excited at the prospect of Microsoft Flight Simulator, but until we see more and dozens of important questions get answers, I'll be refraining from full-blown euphoria.