Although Combat Mission: Beyond Overlord doesn't do medals, The Flare Path does. If you've been following the fortunes of Caent's doughty defenders for the past three weeks, you may be interested to learn that a) the scenario used is now available for download, and b) several units involved in the action were decorated for their efforts.

(This week's FP also includes some impressions of 303 Squadron: Battle of Britain, an Early Access air combat game that's more Defiant than Spitfire at the moment.) 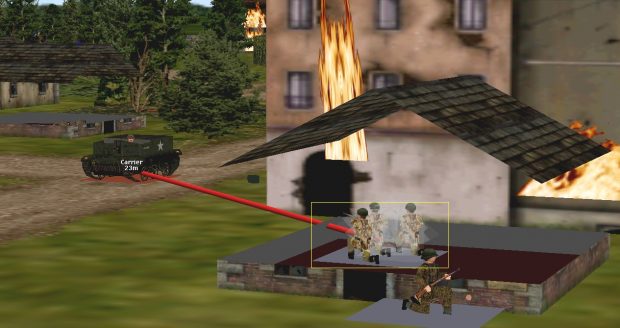 An Iron Cross mit Oak Leaves, Swords, Pixies and Honey Badgers, went to Teichert's FJ squad who, despite arriving on the battlefield fairly late in the day, managed to KO a Universal Carrier and notch up our side's most impressive anti-infantry tally (19 Tommies topped or stopped). 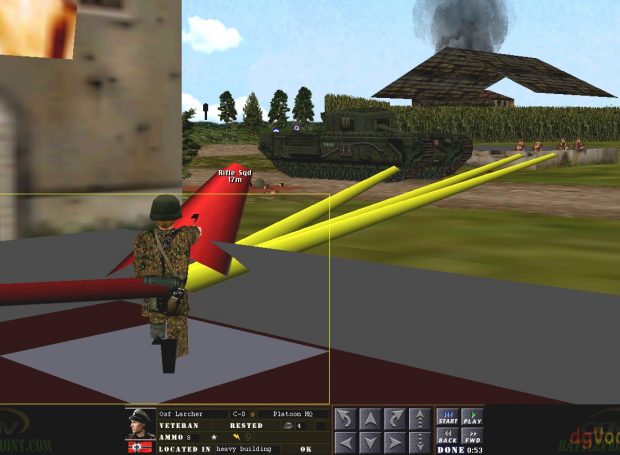 Larcher's team, the pioneer HQ that stubbornly defended the cottage next to the hotel until wiped out in Turn 16, received the same medal minus the Honey Badgers for reducing enemy ranks by 18 – a staggering achievement considering that, at their strongest, they only fielded two MP 40s, a Kar98K and a Luger.

Two infantry units earned Tank Destruction Badges for their AT feats. A posthumous silver one went to Stein, the plucky pioneer who finally put the Churchill VII out of its misery in Turn 11, and Sheaffer, our perpetually panting Panzerschreck operator, received a bronze example for swatting the Wasp in Turn 17. 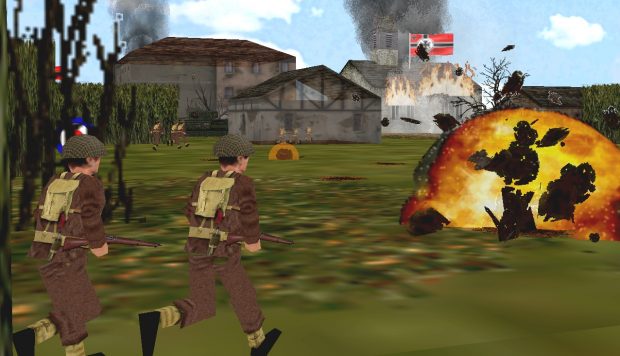 Happily, the top brass weren't wholly guided by kill statistics when deciding who got gongs. Without the sterling work of Imhof, the mortar spotter (4 infanty casualties caused and 1 mortar destroyed) and Gruber, the pyromaniac (3 infantry casualties caused) the British assaults in the west and centre may well have proved unstoppable. Both men received posthumous clockwork Donner und Blitzen clasps in recognition of disruptive mayhem caused. 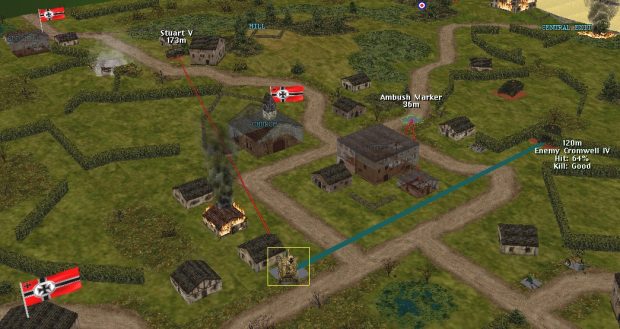 Brenner? Two hours after our mercurial Hetzer commander received a platinum Deutsches Kreuz and a case of calvados for slaying the rampaging Stuart and one of the Cromwells, the calvados bottles were empty and the medal was adorning the burr-studded fleece of an impressive ram near Carpiquet. 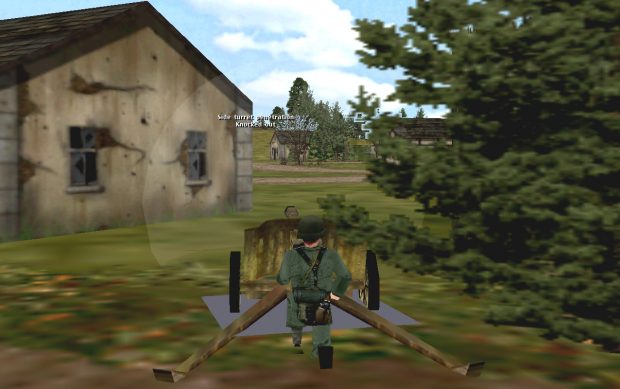 Oddly, neither the Wasp or Churchill AVRE were credited with any kills. 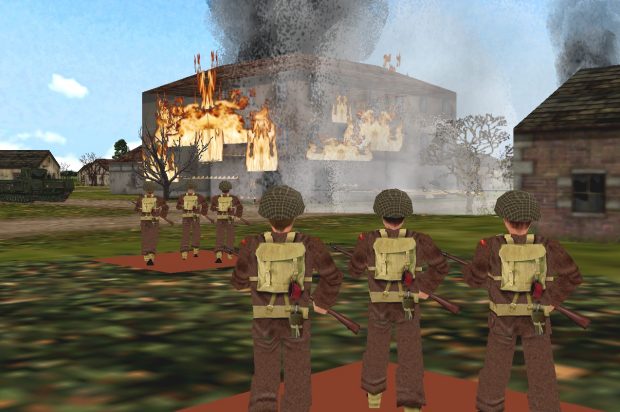 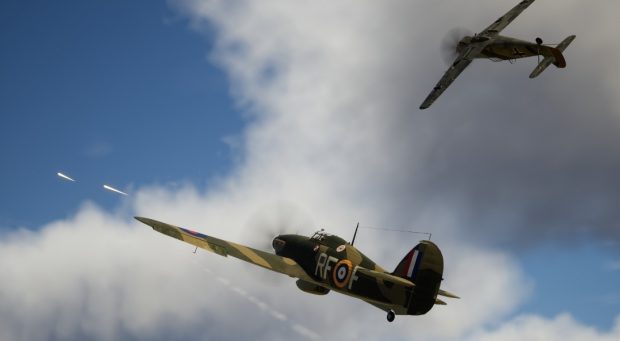 If 303 Squadron: Battle of Britain was a Battle of Britain aircraft, it would be a Boulton Paul Defiant. Like the RAF's first/last 'turret-fighter', Atomic Jelly's first attempt at flight simulation catches the eye by fusing incongruous elements, is powered by a capable engine, and is horribly easy to shoot down. 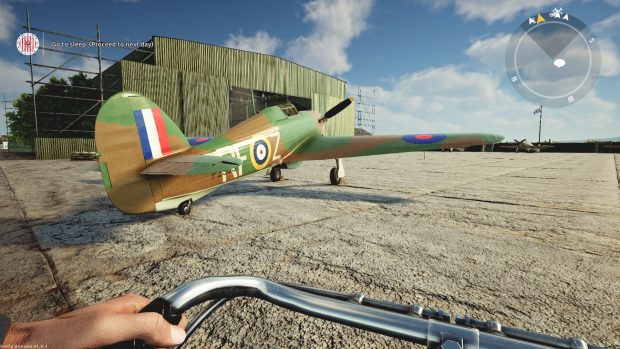 The concept - a light BoB sim with a living, breathing aerodrome at its heart, and dismantlable Hawker Hurricanes in its hangars - looked wizard on the drawing board. What I hadn't bargained for was the charmless dogfighting, the exasperatingly rigid campaign structure, and the almost total disconnect between the game's ground and air components.

Elaborately modelling the fabric of an entire 1940 RAF fighter station and then not allowing your players to view that fighter station from the air or feel its runways beneath their Dunlops takes a special kind of sadism. Because all missions seem to start and end in the air miles from anything resembling West London, we're denied the thrill of the scramble and the satisfaction of hairy homecomings. 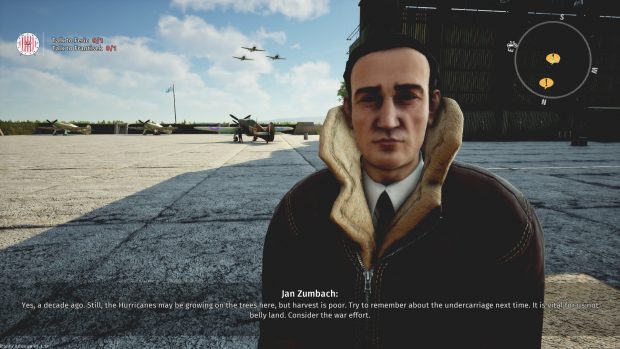 Worse, the sorties are as prefabricated as Nissen huts and often involve non-negotiable binary victory conditions. Atomic Jelly use Northolt primarily as a sprawling history dissemination device (between sorties much time is spent cycling between scattered Polish squadron-mates eager to share historical tidbits clearly plucked from period memoirs). This would be fine if they didn't then go and compromise their scholarship by forcing you to perform preposterous feats aloft to progress. Destroy all four fighters... Shoot down all eight bombers before they drop their bombs... trite, brittle objectives like these manage to be both maddening and misleading. 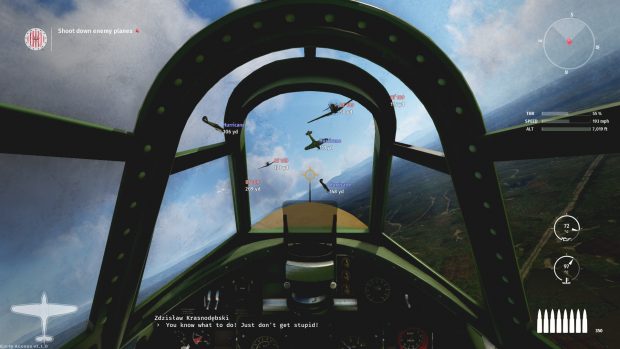 There's no free flight or configurable skirmish mode at present, but in the light of the Hurricane's bland, spin-free handling, inexhaustible ammunition boxes, and welded shut canopy (bailing out is impossible) that's not something you're likely to lose sleep over. 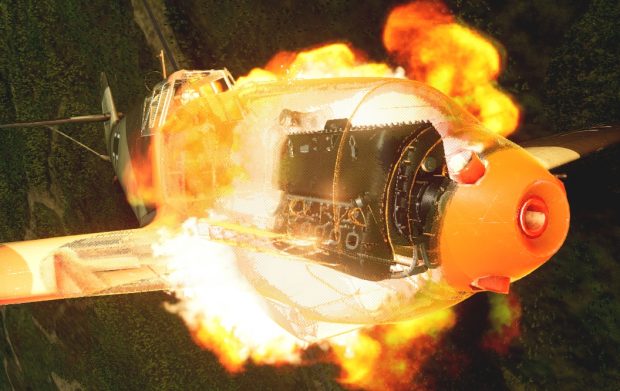 My brushes with Emils and Flying Pencils thus far (I'm struggling to defeat the fifth sortie) have been pretty forgettable affairs. The Deer Hunter-style slo-mo bullet cam that activates every time you pump Pb in the direction of a Daimler-Benz DB 601 or a Bramo 323, is a nice touch, but I fear my abiding memories of 303's early furballs will be the poor sound effects and awful radio chatter. Utterances like “You ground him!” and “Holy... Judging by the way they're swarming, one might think both Jerry planes come with a pilot included when rolled out at the factory” fire-axe any ambience generated by the passable virtual cockpits. 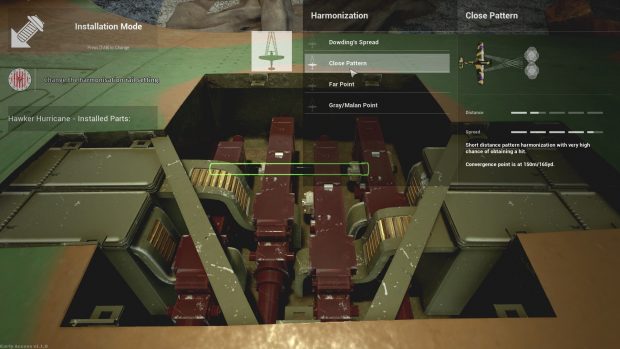 Involved aircraft repair and maintenance might have redeemed Early Access 303. What's offered instead, judging by the hangar sessions near the start of the campaign, is a component upgrade mechanic far too shallow to divert the way Car Mechanic Simulator or Gun Disassembly 2 diverts.

After mentioning last week that this impressions piece was in the offing, Cederic, a reader, reminded me that he'd pitched a similar game concept to the Flare Path design dragons, months before 303 was announced. The idea didn't make the shortlist, but rereading it, I find myself wishing 303 was more like the tightly focussed, dogfight-dodging REMF... 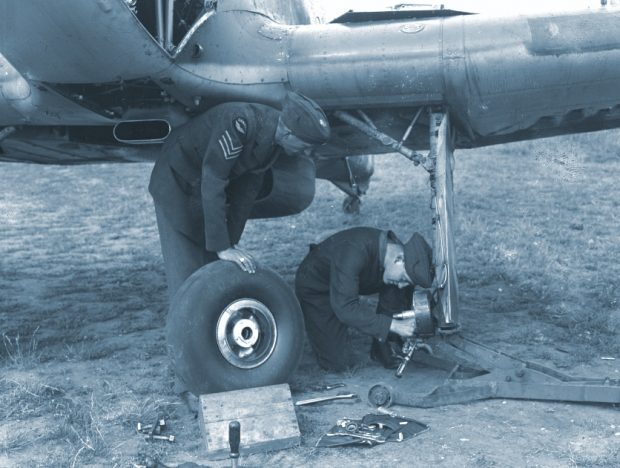 September 1939, you complete your basic training and become a Royal Air Force SAC. Posted to an airfield in [Kent|Lincolnshire|Somerset] you join a [Fighter|Bomber|Nightfighter] squadron.

As the aircraft land you read the pilot notes on any issues, perform your own visual inspection then execute the requisite repairs. Initially it's a sticking flap, a misfiring cylinder. As the war progresses the damage includes bullet holes, oil leaks and regrettably heavy landings. Some pilots provide better info than others, and you get to know their accuracy and preferences (repair priorities). 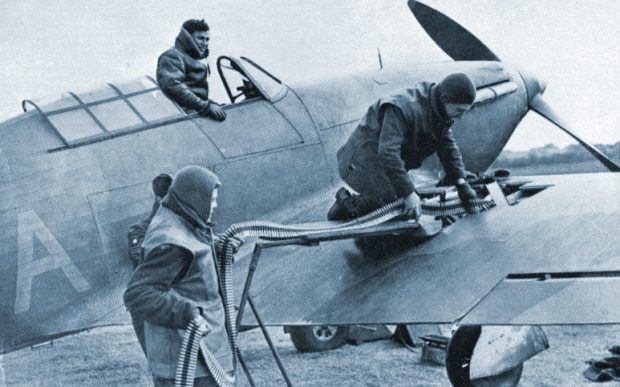 The Battle of Britain forces short-cuts; which aspects of the aeroplane must you repair before the next sortie, which wrecks are good only for spares (and can you harvest them in re-usable condition) and which aircraft can be patched up while the crews are in the spare over the Channel. Strong time pressures force prioritisation between specific repairs, rearming and refuelling an aircraft.

Regular news reports and RAF briefings keep you abreast of the war's progress. Your contribution directly affects the availability of aircraft and the survival of your squadron's aircrews, and their success influences the war effort itself and the availability of spares and luxuries. 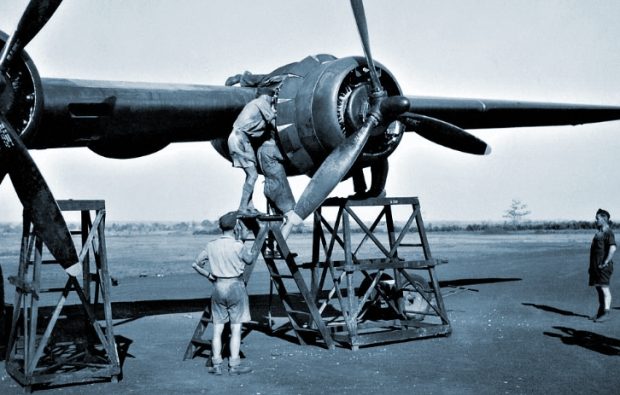 As you progress your career you gain the ability to work on more complex parts of the aircraft, more complex aircraft or promotion to Chief Technician, having responsibility across the whole squadron - inspecting/prioritising repairs across all of the aircraft, getting covered in oil to fix only one or two yourself.

The gameplay could include aspects comparable to existing 'point and click' engineer/mechanic simulators but with a challenging visual inspection regime. A strong logistical management element would require assessment of parts removed from aircraft (should they be re-used, fixed and re-used, sent away for repair or scrapped), careful use of new parts, shenanigans to source new parts (RAF Squadrons resorted to some very naughty tactics to assure their own aircraft remained airworthy) and the gamble on whether to let a pilot take out a less than optimal aircraft, risking him, the aircraft and the precious spares you just fitted to it. 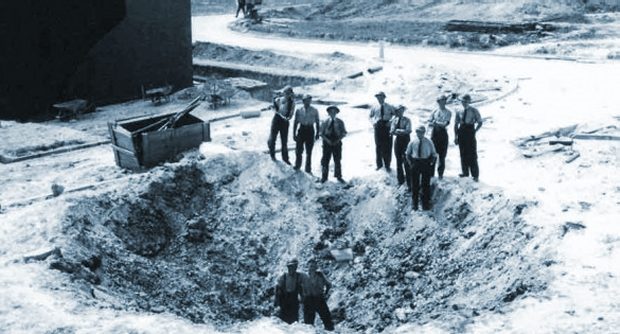 The game would avoid any combat roles but should model enemy action against the airfield. This could be interactive, fleeing the hangar to find a slit trench or more robust shelter, or (simpler to implement) reported through loss of aircraft, parts and staff.

Commercially the game is (sadly) ripe for DLC, with new aircraft types/models, new airfields and entirely new countries - any of the major powers involved in the war.

Win conditions: Warrant Officer (or commission?) before the end of the war, with promotions coming from repairs, squadron performance, availability of parts and working aircraft.