Judging by the empty packet of Ennuiz on the table and the way you keep sighing into your Guinness I'm guessing you haven't heard about Deadstick yet. You're not aware that a small team based in England's coding capital is busy crafting a realism-rich gun-free flight sim with something extremely unusual at its core. Logistics.

If there's a more exciting prospect than Deadstick on Simulatia's perpetually hazy horizon, then I'm unaware of it. Any project that aims to combine the thrills and challenges of bush flying...

...with American Truck Simulator-style commerce is potential Game of the Year material in my book. 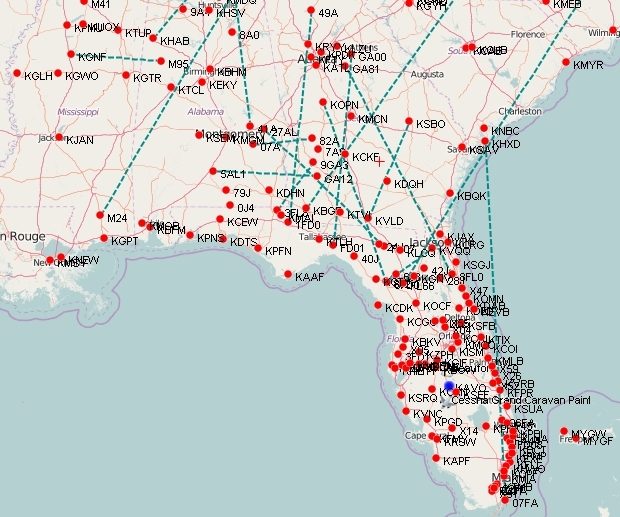 There have been fairly successful attempts to blend business with Microsoft Flight Simulator and X-Plane before but engine limitations and the external nature of efforts like FSEconomy and Air Hauler 2 invariably lead to compromises and clunkiness. Because Deadstick isn't an add-on or a repurposed GA sim – because it's being built from the ground up to simulate pocket-handkerchief rural strips and tough shaggy-hooved workhorses like the Maule M-7 and Piper PA-18 Super Cub – it will, fingers-crossed, capture the bone-crunching, pine-tousling reality of wilderness aviation far better than its rivals. 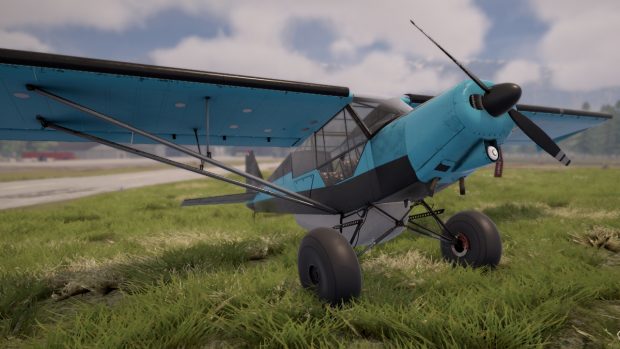 REMEX expect us to quit the cockpit to load cargos, conduct pre-flight checks, and undertake maintenance. They want us to feel every runway rock and rut during take-offs and landings, and think long and hard before braving bad weather. Even if the sky is blue and the breeze gentle back at base, dynamic weather systems could mean windshear, a pea-souper or a soggy runway surface at a destination. Can you trust the forecast? Can you afford to wait for the weather to clear? Can you afford the repair bill if you ding your prop or crumple a wing during a botched arrival?

Deadstick's aircraft shadows will flit across fictional wilderness in the initial release, something that doesn't bother me in the slightest. If a made-up venue means more interesting flying and more options when choosing jobs, I'll happily overlook the fact that Moose Forks and Beaver Bend can't be found on any real-world map. Diesel Railcar Simulator proves that a sim can convince and evoke without slavishly simulating geography. 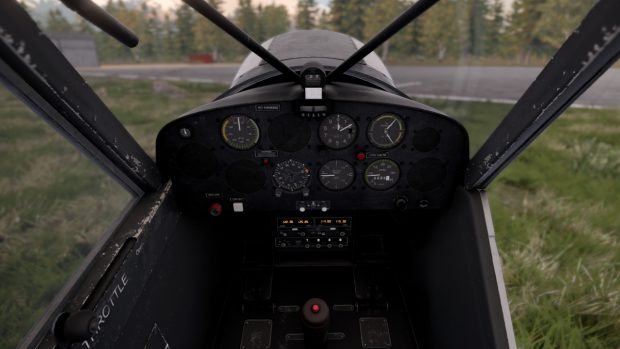 None of the switches or dials in the pic above are decorative. In his presentation at FlightSim2017 lead developer Chris Cheetham described Deadstick as a “study sim” rendered friendly by the inherent simplicity of its fat-tired flyables. The video of the twenty-minute unveiling is well worth watching. It shows a developer confident enough to say 'no' on occasion (REMEX have no plans to move away from bush flying) and to utter the G word (game) with pride. The omens are good. Deadstick, I can't wait to meet you.

A fast-approaching multiplayer tactical shooter with crewable AFVs, spacious Arnhem-replicating maps, and battles involving up to 100 players, Post Scriptum isn't the sort of war game this column usually covers. I'm letting it shelter under the tattered Flare Path tarp today because its preview vids stir pleasant Darkest Hour and Iron Front memories, and because no-one else at RPS seems to have wordified it yet.

Unusually for a WW2 project, this Squad spin-off won't thrust a BAR or an M1 Garand into your hands when it launches early next year. Initially at least players will either roleplay the British forces that liberated Arnhem on September 17 1944 or the German ones that unliberated it a few days later. With a little help from a museum in Brittany, Periscope Games have created an impressive period armoury that includes WW2 tussle tools like... 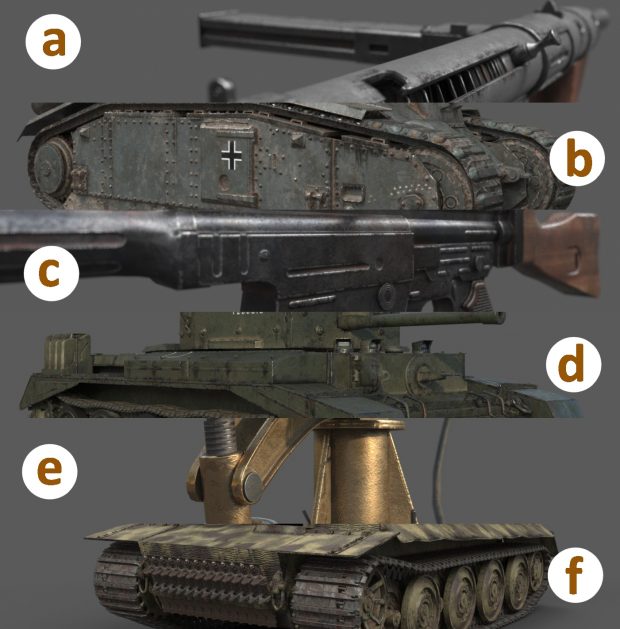 Game modes will range from the relatively straightforward Offensive with its sequential objectives and player-placeable Forward Operating Bases to Stratagem where the construction and logistical layers are much more elaborate. In 'Sandbox' Game Masters will have the power to design their own bespoke challenges, adding units and defining objectives on the fly. Want to recreate Viktor Gräbner's gutsy bridge assault or Robert Henry Cain's extraordinary tank-killing exploits on the Oosterbeek perimeter? Sandbox is what you need. 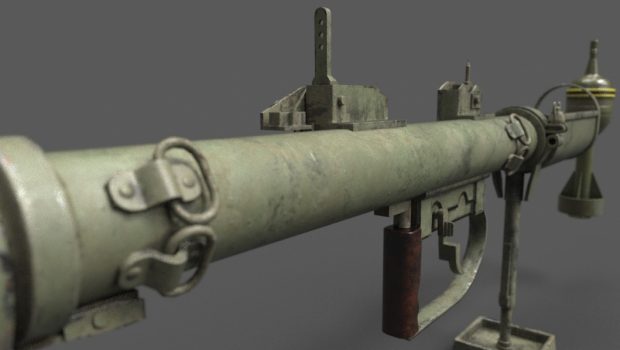 Having played dozens of Operation Market Garden Urquhart-em-ups over the years it will be fascinating to experience the battle from the perspective of a humble Sten, Bren, or Schmeisser clutcher. Assuming I can get over Post Scriptum's scandalous lack of Welbikes and umbrellas I can see myself spending a lot of time dashing about in a Denison smock next year. 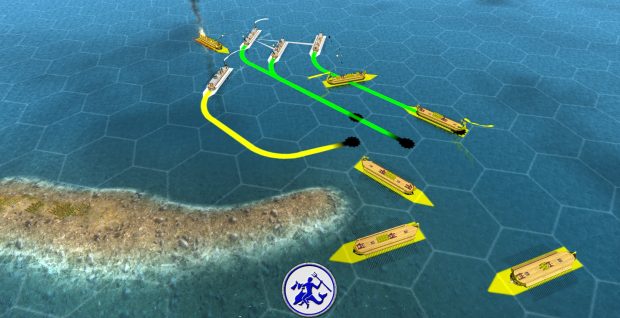 Regular readers of this column will be aware that I like my wargames novel, WEGO, and tinged with chaos. Turnopia's latest release – the first ancient-era naval computer wargame in decades - should be right up my strait so it's a tad odd that I've spent the past week trying and failing to enjoy it. 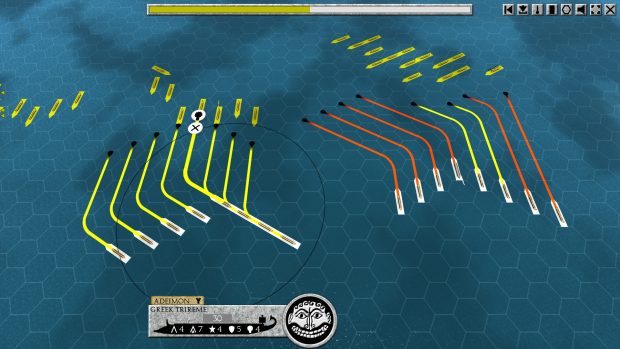 At first I blamed my disappointment on large fleets and flavourless graphics. Now I believe Mare Nostrvm's problems are more complicated and fundamental. The number of controllable galleys in most scenarios wouldn't be an issue if the game was a better communicator, had a more flexible order system, and smarter friendly AI.

Half a dozen turns into most scraps I always seem to find myself contemplating a bewildering tangle of friendly and enemy vessels. Like spent matches floating in a toilet bowl, most of these vessels look identical from a distance. I must bring the camera very close and select individual warships in order to get the information I need to make decisions. The use of hard-to-read, vari-aligned text status labels - “HALF”, “TIRED”, “CRIPPLED”... - instead of clear, crisp toggleable icons is extremely unhelpful. 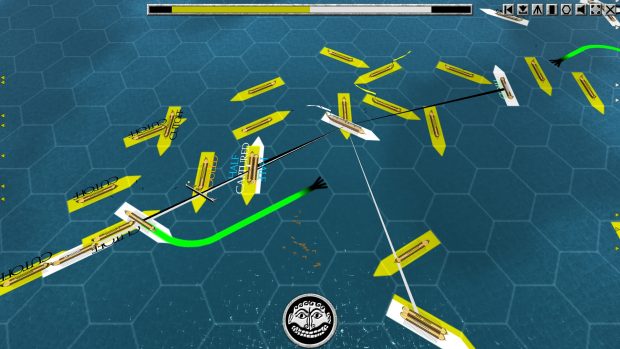 Even if battles were more legible I suspect they'd still frustrate. Relatively long intervention-free action phases combined with crude movement and combat stance options inject far more chaos into engagements than I'm comfortable with. If that enemy trireme turns to starboard and the quadrireme beside it maintains its speed then, by turning my quinquereme one hex face to port I should be to engineer a collision with that approaching bireme. Then again if the enemy trireme maintains its course and the quadrireme... After a few minutes of painful permutation pondering, fatalistic inaction begins to look very attractive.

Hexgrid-related attack annoyances (potential ram targets sometimes end up loitering between hexes), the absence of momentum modelling (ships travelling at full speed in one turn start the following turn stopped) and lank, uninvolving campaigns, also shipworm Mare Nostrvm. Part of the charm of Turnopia's debut offering, Qvadriga, came from the way its long game naturally unfurled. A similar start-small-and-shape-your-own-destiny approach could, I feel, have worked just as well in MN. Instead of turning sequences of historical engagements into campaigns, perhaps Turnopia should have cast us as ancient pirates and let us assemble fleets and crews over time. 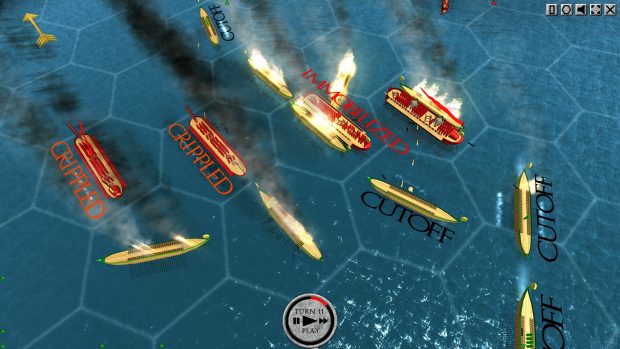 Interestingly, none of the commenters in the Matrix Games or Steam forums seem quite as disenchanted as I am. Different strokes for different folks oar am I just getting crabby in old age? It will cost you £15.50 via Steam or £17 via Slitherine to find out.