Sometimes it’s good to go back to where you came from in open world games. When the content is the world, travelling through it can often feel like you’re gobbling it up, every virtual kilometre a chunk of media you’ve greedily consumed rather than occupied.

But they rarely give you much reason for retracing your steps. Levelled rewards are rarely worth the journey; storylines and quests are often all used up. Towns, jungles, villages are left frozen in time, a snapshot of less sophisticated times. Now their challenges are less keen, their demands on your expanded skillset simplistic. Their NPCs repeat the same declamations as they ever did, ignorant of your world-spanning achievements.

While these worlds are physically non-linear, they often feel the opposite, locations standing as staging posts on a winding trail rather than interconnected places. Then I played Assassin’s Creed Origins, which goes out of its way to seed the places you’ve barrelled through with reasons to return.

Go back to Siwa, the player character’s home, and people greet him with hearty, “Bayek, you’ve returned!” For me it was a moment when suddenly Bayek’s character came into focus. I realised that he’s a meaningful figure in this world, and a treasured member of this community in particular. It was something I hadn’t really paid much attention to in cutscenes, but played out here in the open, emerging through my choice to go back, the sense was more powerful. 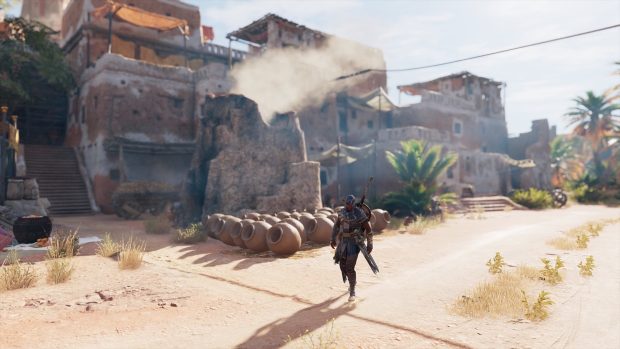 Oranges is good at providing that emergent flavour of connection with its Egypt. I was heading back through Giza one time when I noticed a yellow question mark on the HUD, indicating an undiscovered tomb was nearby. Loving those tombs, I found my way in, only to find it looked vaguely familiar, and not simply because of asset reuse.

I’d been here before, as Bayek vocally confirmed. It was the very tomb in which we’d killed Rudjek ‘The Heron’, hours of playtime earlier, the moment when Bayek had performed, badly, his first assassination. The game opened a quest and Oranges switched into its ’investigation area’ mechanic, presenting several objects left behind by Bayek’s character-defining scuffle - an arrow, The Heron’s mask - so he could reminisce. “The smell of the blood I spilt still lingers here,” he says. 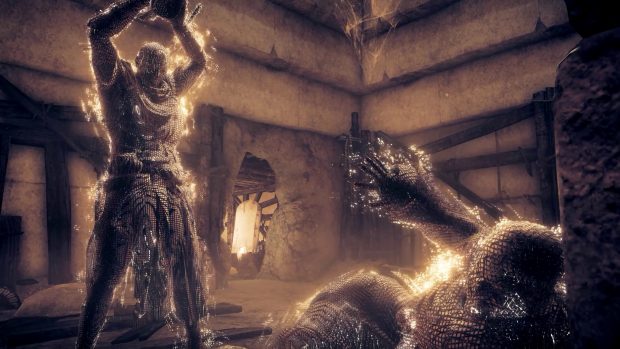 There wasn’t any more to this quest. Once the clues were found it played a quick cutscene and it ended. But it was a chance to remember where my playthrough had originated and how far I’d been since. I’d finally mastered the controls, found some fave clothes, travelled far and wide. And more: it fitted that event into a wider whole: the Heron’s people had re-sealed this tomb, performing burial rites for him. It was a rare moment of quiet in a game that often feels restless. 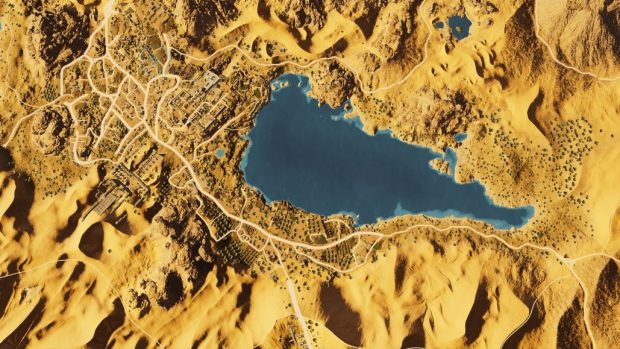 Oranges doesn’t half whistle you through its enormous world quickly. The story bashes you from Siwa into Alexandria, Giza, Krocodilopolis, Memphis, Faiyum. The quests are not complex and characters pass in and out of your view before they’ve had much chance to make an impression. There are usually many sub-quests to find across the cities, fields and scrub, but they’re easy to overlook and to leave behind when the main quest thread seems so impatient to move on.

But if you take the time to trek back through an area, you’ll come across not only those quests but also new ones. Oranges deals with the repercussions and what-happened-next of the events in the main story, reintroducing you to characters and involving you in lives that suddenly feel like they exist outside of Bayek's own. 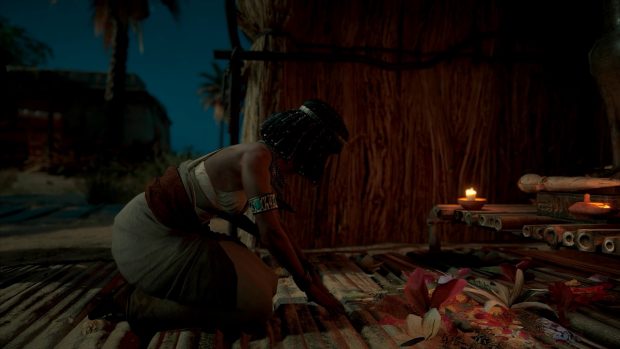 Revisit Faiyum, for instance, and you’ll catch up with the grieving parents of a girl who you earlier saw murdered. Her mother, Khenut, weeps at a shrine; her father, Hotephres, once a proud rebel, is stricken with inaction just as Bayek has cleared the way to revolution.

Honestly, the way that storyline plays out, like so many of Oranges’ sidequests, is not remarkable, and Oranges’ verbs aren’t exactly expansive, so on the surface it’s a few more wooden and slightly improbable conversations, a few more fights, an assassination of a bad dude and rescuing some rebels from a camp. But the sentiment of coming across the effects of an event you were involved in before transcends them. It makes you feel less like you’re skating over the surface of a simulacrum of a world. Going back helps you believe you’re playing in a world worth saving.