I’m not usually one for speedrunning. I do however get a kick out of being able to get through a game much faster on the second or third time around. There’s just an immense satisfaction of revisiting a brain-bending puzzle or boss fight that had you agonising over an hour the first time, only to mop it up in minutes on a second run.

Of the different reasons for playing games, mastery has a strong appeal for me, something I get a great deal from Dark Souls -- but it’s a buzz I’ve also found myself getting with the Resident Evil 2 remake, so much so that I’ve been replaying it a lot more than I ever expected to.

Its length is a good incentive because, despite having some new areas while the old Raccoon City Police Station has had a bit of an expanded redesign, it ultimately hasn’t been padded out in the way that modern games demand. That first playthrough might take about seven or eight hours, but after that it’s something you can easily find yourself finishing in an evening, or even one sitting. But, as a game that goes back to its survival horror roots to gorey, detailed effect, you’d surely think that the scares would lose their appeal on repeated playthroughs. 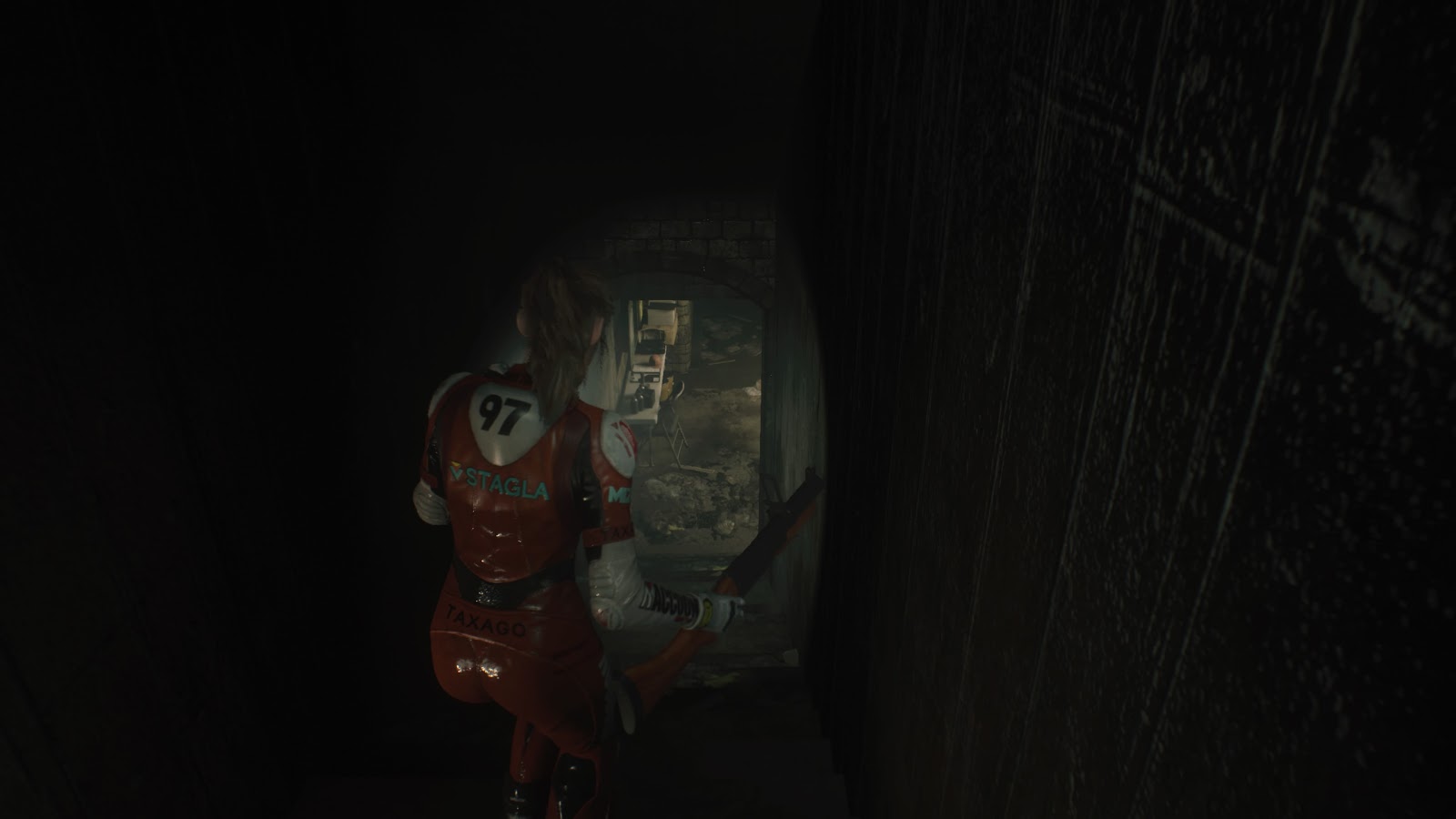 Not so for me. Horror’s not really my bag -- not unless I can shove a shotgun in its face. In fact, I relish having the knowledge that it’s actually safe to run through a dark creepy corridor. Knowing the game gives me the steely confidence to stealth around a Licker, because I already know it’s about to show up around the next corner. More importantly, with the horror element out of the way, what ultimately still holds up is the game itself -- the no-longer-tanky controls, the excellent gunplay, and even the inventory management.

All of which nicely prepares me for doing well with its old-school video gamey grading system. It doesn’t exactly keep score of everything you do, like Devil May Cry or Bayonetta. Your grade is mostly down to how fast you can finish, but the same principles apply: it’s no longer about surviving the horror, but how well you know the game in order to breeze through for that coveted S rank.

Naturally, I took up the challenge dressing Claire up as Elza Walker (she’s a racer, get it?) and off I went, skipping cutscenes, ignoring items I was confident I could do without, and cutting down on backtracking since my inventory wasn’t all clogged up. I even got those locker combinations memorised. 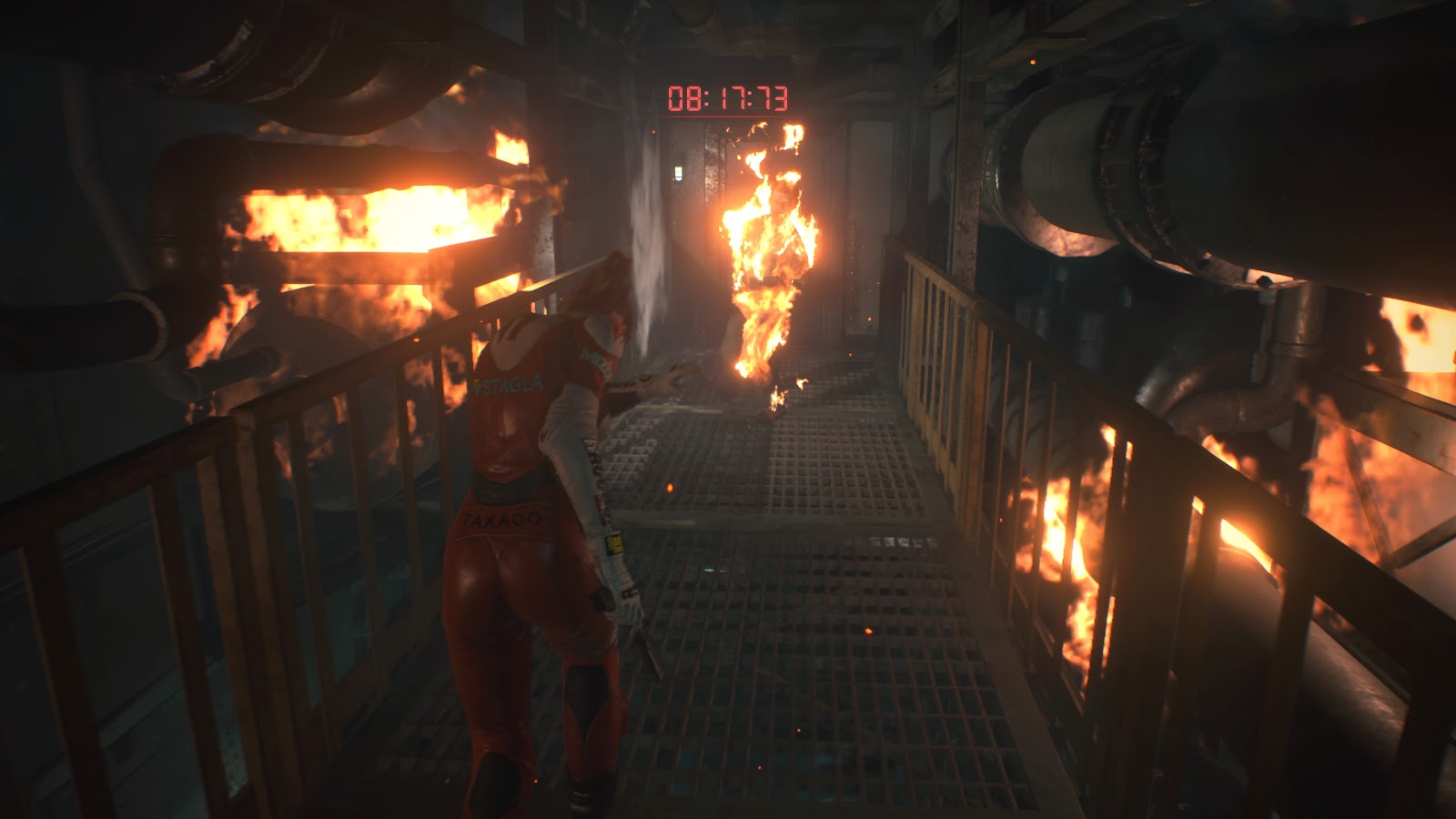 In less than an hour, I already had all the medallions I needed to open up the secret passage. When it came to the boss fights with G, I cut down on scrambling for ammo and just went straight for its big eye. By the finale, I was laughing in the face of that ten-minute self-destruct countdown.

The S-rank is only the half of it though. There’s more peculiar achievements you can aim for to test your abilities, from not using any healing items at all, being able to solve a puzzle in a limited number of steps, or one where you have to beat the game in 14,000 or less footsteps!

Having felt the fatigue of huge open worlds promising more content than I can stomach, a brilliant remake that simply challenges you to keep replaying a little better, faster, smarter has been a great antidote. It might yet make me a speedrunner.