Tacoma is a game about a world that never stops watching. Corporations have achieved vertical integration on a near-total level, functioning as distinct economies running on contract workers and loyalty points. You go to the Amazon school, you work at your Amazon job, you get paid in Amazon points.

The characters of the game are so consumed by the anxiety of keeping up with this treadmill that they don’t have the time to think about what actions they could collectively take to improve their material conditions, let alone act on them. And of course their every waking (and sleeping) moment is logged on company servers by an inescapable Augmented Reality surveillance system.

It is this very system that forms the core of Tacoma’s design. The AR recordings are short, usually around three minutes, but within those three minutes are six characters weaving from conversation to conversation. It is impossible to follow them all, so you have to pick and choose. 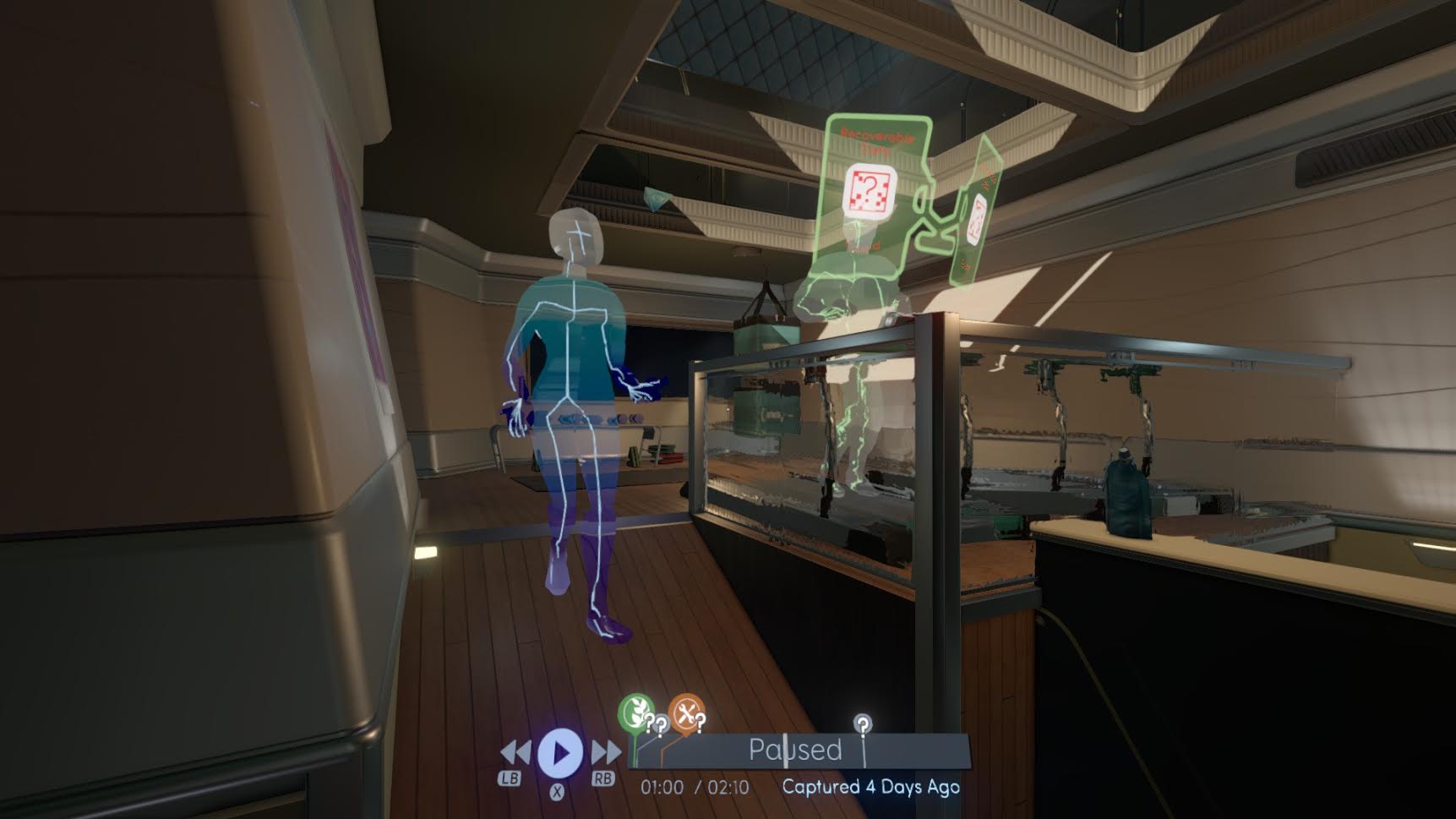 In an early scene, Andrew is on the phone with his anxious son who wishes his dad didn’t have to work somewhere as dangerous and remote as space. He asks Sareh, the medic, to reassure his son as she passes, but she’s caught off guard and is initially short with him. So you watch the scene again, this time following Sareh, and see she’s in the middle of an enriching conversation with the ship AI ODIN that Andrew interrupts to rudely foist his own worries on her.

That moment is Tacoma. A moment where two characters are so caught up in their own anxieties that they collide and end up hurting each other. In this example, it’s just a little one. No real harm done. But as you manipulate these AR recordings to see them from every possible perspective, these collisions build atop each other, large and small, painting the picture of a world where at every turn people are brought into needless conflict with one another by systems beyond their control. The characters go from messy, conflicted co-workers to a group of struggling people united by a common enemy. And that enemy is you.

Tacoma never forgets the morality of these recordings. They exist to protect the interests of a company that grinds people into dust in pursuit of profit. You are seeing these strangers at their most private and vulnerable and they have no power to give or revoke consent. You are engaging with a system that is evil in order to progress the game. But instead of using that as a gotcha twist, it presents it openly in the premise of the game, in order to use it as a starting point for more interesting discussions. 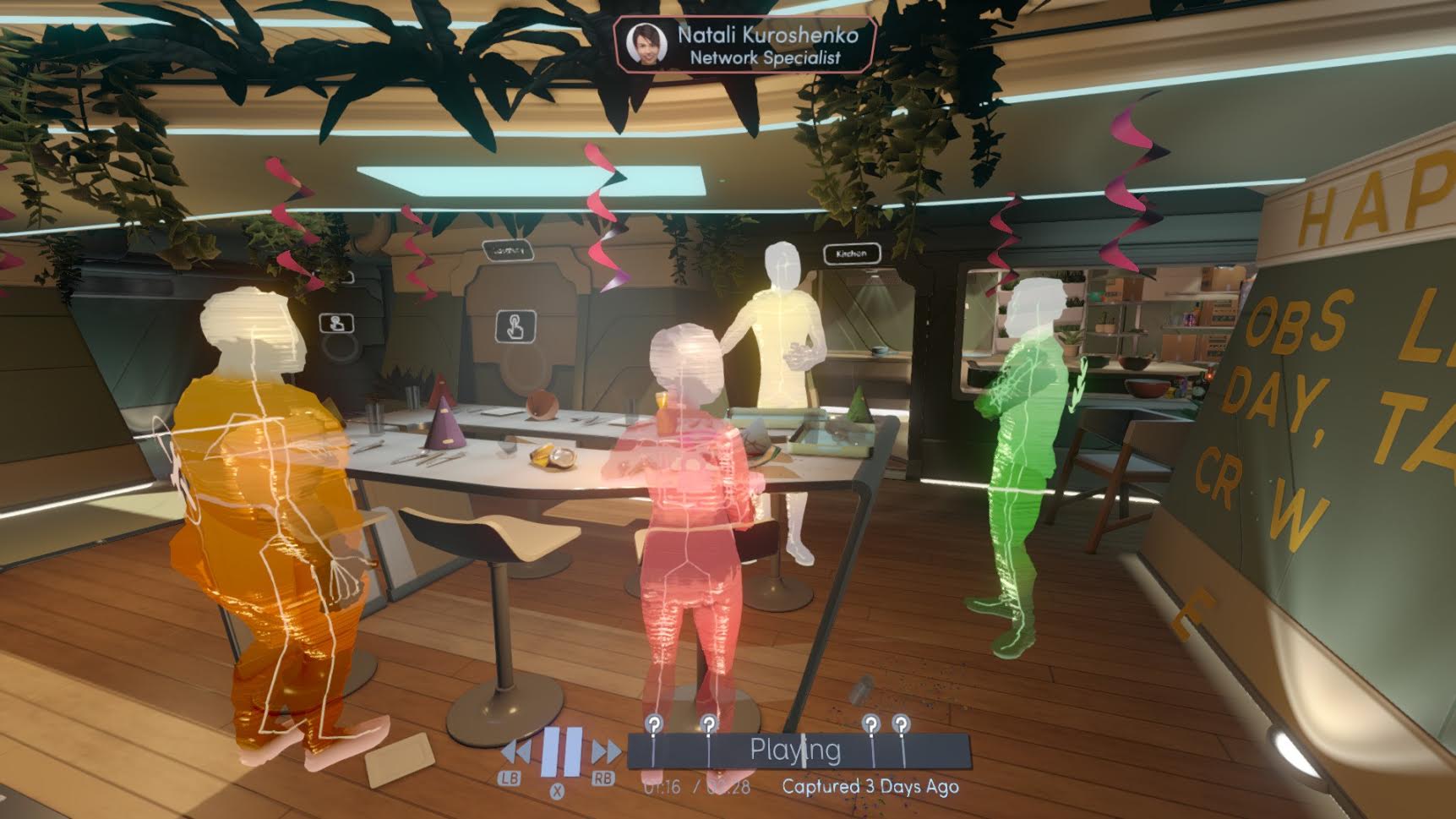 It argues that as much as there is always a human being in front of the camera being exploited, there is one behind it too, choosing to watch. The protection of these corporation’s profits requires a real human being to make the active choice to forgo empathy on an unforgivable scale.

Like all good sci-fi, Tacoma turns a political argument into emotional truth. But with its AR system, it can do it all in three minutes.