Ahead of the Eco Lifestyle Expansion Pack releasing tomorrow - more on that as I play it myself - The Sims 4 got a big update yesterday. This happens semi-regularly, often timed around DLC releases, so let me preface all this by saying that the game screwing up a bit after a patch should not surprise anyone at this point. It's a 6-year-old game that's had loads of new stuff crammed into it, and this particular update is a biggun that changes a load of stuff.

Nevertheless, the update has caused a kerfuffle in the community. Most significantly, many people are reporting crashes on specific save files. Some households are failing to load, and there is anguish and gnashing of teeth as people have lost access to massive mansion builds they've spent hours on, despite attempting to restore saves or reverting to older ones. Most hilariously, multiple people are reporting that their Sims are peeing fire.

Bugs and crashes can arise after updates for any game, because there's only so many scenarios you can test ahead of time, but The Sims 4 seems particularly vulnerable owing to the years of modding and custom content (cc). Players have been fiddling with The Sims 4 from day one, which is why it is strongly advised that you remove mods and cc, and move your save files, before installing any updates. If you, like me, have a lot of this stuff installed, "luthienrising" is running an ongoing thread of broken and updated mods and cc over on the official forums.

As I mentioned, the potential for issues is increased because patch is significant (full June patch notes here). It changes the inventory system, adds new actions for your sims, changes how windows and doors can be placed, makes bills itemised, put firefighters in the game, and adds... ladders! Incredible scenes. But also lots of new code and animations and things to go wrong.

The dev team are already aware of the corrupted saves, and since it's only been about 12 hours everyone should probably just allow the developers time to fix things and agree that Sims pissing fire is very funny. Other funny things I have seen in the Facebook groups I frequent include a lot of people deliberately starting fires to get the firefighters to turn up. In at least one case "they decided just to watch." (It turns out that if you call the firefighters and there isn't a fire, they'll fine you §500, which isn't a bug, it's just also pretty funny.)

Then there's the player who got their first new itemised bill through and it looked like this:

Someone please help, my family is dying.

For what it's worth, my own game appears to be running fine after the patch. I mean, ideally you'd want to not have to remove saves and mods before an update on a game, but whaddaya going to do? Although it has exposed how much I rely on cc in my builds. When I tested the game without cc installed, this is what Sin's hermitage looked like: 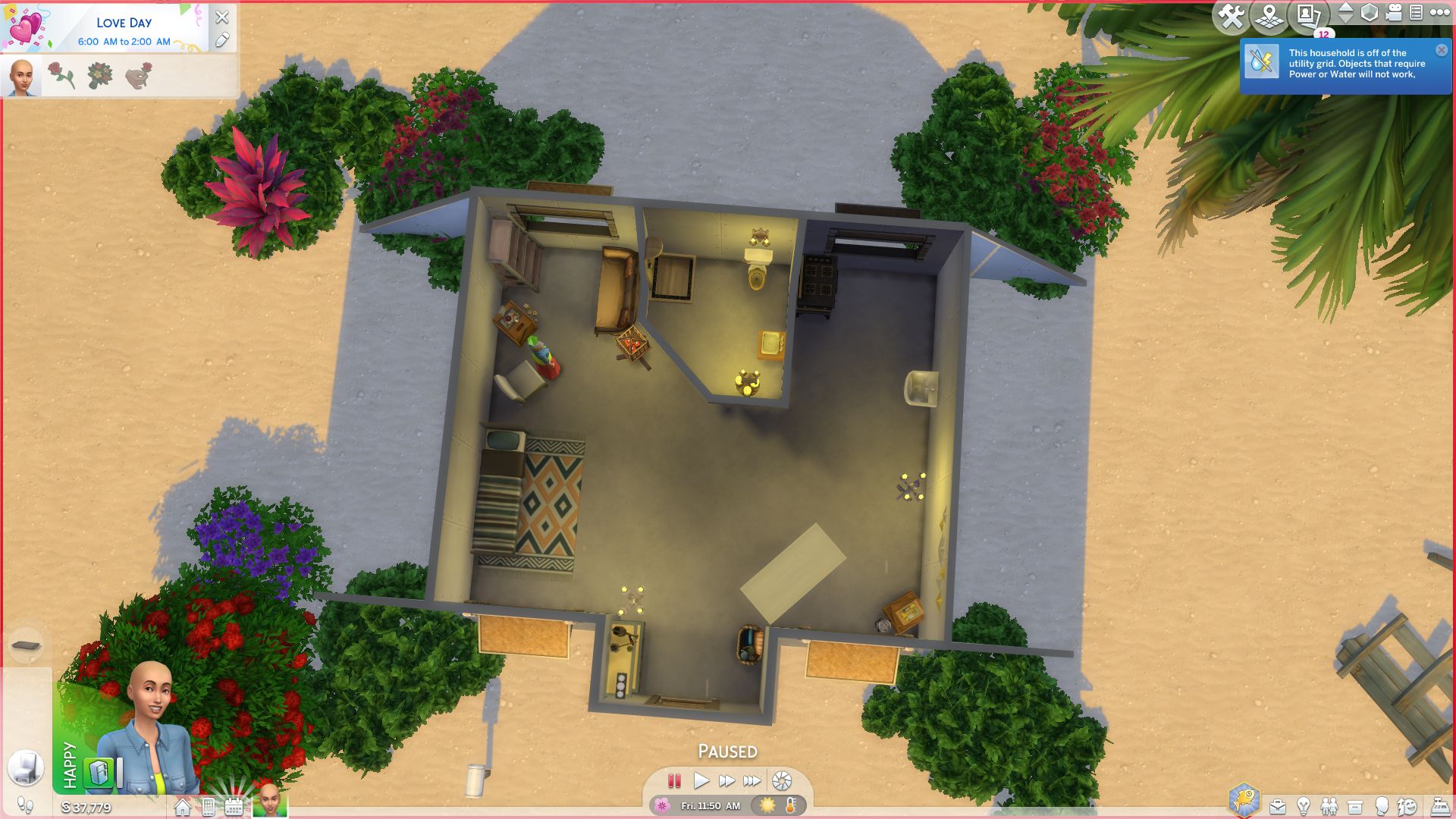