When Nvidia unveiled their next-gen Ampere GPU architecture last month, they didn't mention hide nor hair about when we'll see it in a consumer RTX card. However, if the latest leaked images of Nvidia's next-gen GPUs are to be believed, the RTX 3080 could be a lot closer to release than we might think. And hoo boy does it look weird.

Over the weekend, the first alleged image of Nvidia's RTX 3080 GPU emerged on the forum Chiphell, which you can see below. The pictures show the front and back of the supposed Nvidia Ampere GPU, including that all important name of RTX 3080, seemingly confirming that Nvidia's next generation graphics cards will indeed follow an RTX 3000 series naming convention. 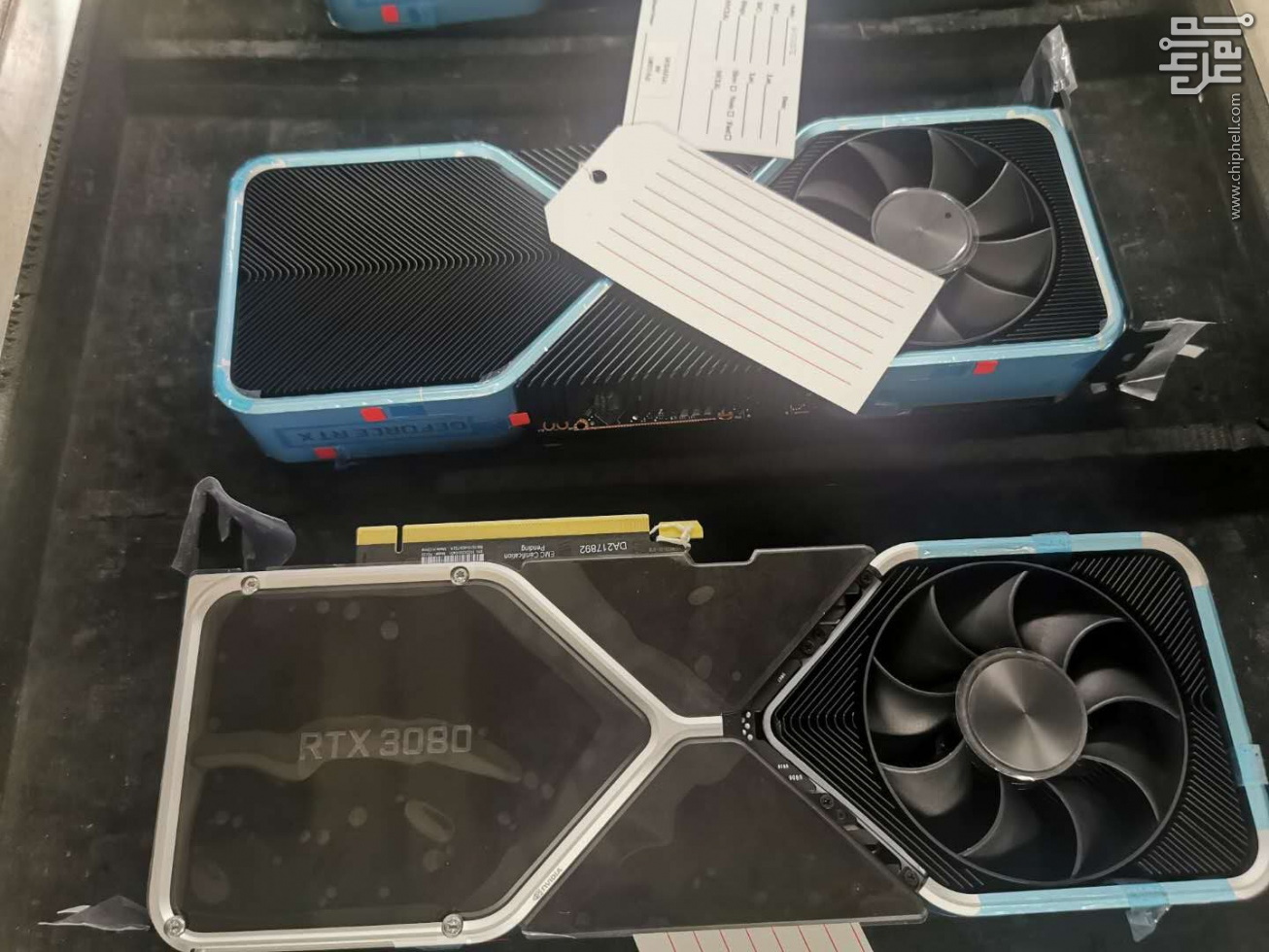 The design is quite unusual, with fans on both sides of the alleged RTX 3080. Normally, GPUs only have fans on one side of the card to help cool the circuit board underneath, so to have a cooler design that includes fans on both the front and back of the graphics card is very strange indeed.

Now, you might think that perhaps the top GPU with the blue trim is just the same graphics card but with the RTX 3080 plate removed, but take a closer look and you'll see that isn't the case. On the lower graphics card, there's a bracket next to the RTX 3080 logo, for example, while the top one has the bracket next to the fan, suggesting that there are indeed fans on both sides of this supposed RTX 3080.

Naturally, 3D artists have jumped at the chance to try and imagine some more official looking images of this apparent RTX 3080, the best probably being the renders from Reddit user JDSP (one of which I've included up top in the header).

I mean, I don't hate it, if I'm being honest, but I also don't think it's nearly as good looking as the Founders Editions of Nvidia's existing RTX cards either. I was quite fond of the dual fan design of the original RTX cards with their name plonked in between them, and this supposed RTX 3080 design just isn't quite on the same level for me.

Still, a leaked image being a leaked image, there's a good chance this isn't in fact the final design of the RTX 3080, so until Nvidia announce the RTX 3080 properly we'll just have to sit and wait and hope they come up with something a bit more attractive. To see what else we know about Nvidia's next-gen graphics cards, be sure to keep an eye on our Nvidia Ampere hub for all the latest info.