What's your favourite Fall Guys minigame? See Saw? Door Dash? That weird thing with the eggs? I, for one, prefer the one where your merry band of tic-tacs slay the elder dragon Alduin. Now I understand that's not a very "official" route to claiming a crown or two - but thanks to modder m150, you can now traipse around The Elder Scrolls V: Skyrim Special Edition with a rabble of ravenous Fall Guys at your side.

Knowing the Elder Scrolls mod scene, they'll be nude within the hour. Unless... hang on a minute, are fall guys naked or no?

Released this week over on the Skyrim Special Edition Nexus, FallGuysFollowers does exactly what it says on the tin by adding ten pint-sized Fall Guy followers to fantasy Scandinavia. Now, the purists out there who've already begun commenting "well, actually, Fall Guys are 183cm tall" can calm down, because there's also an eleventh big lad rendered at their monstrously true scale. An absolute unit if I've ever seen one. 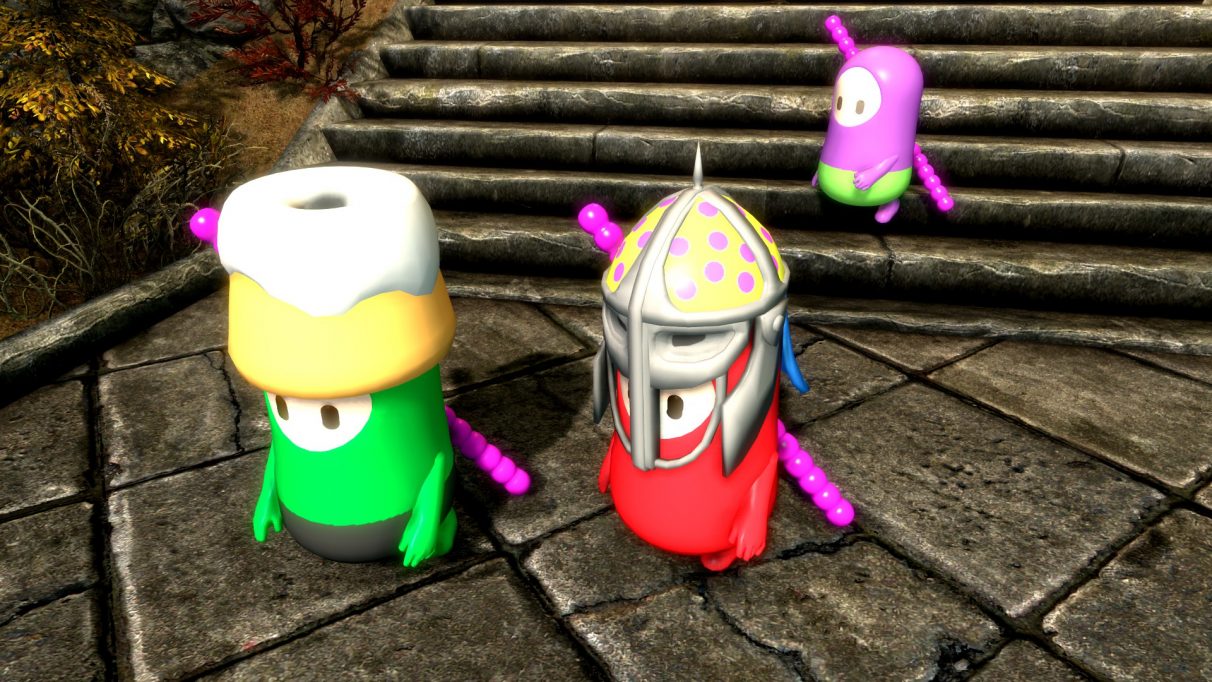 But Skyrim's a dangerous place for a small bean. To that end, the mod also includes a suitably-plastic guard helmet, sweet roll cap and a whopping great knobbly stick to outfit your pill parade in. These can be crafted from iron at any forge and aren't exclusively to your tiny chums. Go on, put a massive plastic treat on your head, you'll fit right in.

As a testament to the simplicity of Fall Guys' designs, modder m105 chose to create all the assets themselves rather than ripping them straight from Mediatonic's wobble royale. You'll need the Dragonborn DLC installed to install the mod, and will find your guys waiting for adventure at the Whitewatch Tower.