Maps are brilliant. Turning complex landscapes into a flat series of sharp lines and abstract symbols is an art, and I've come to love poring over a good atlas as much as slapping together a fictional world map of my own. David King's free map-maker Tiny Islands is a delightful little toy for penning your own coastline, using simple puzzling to help build a rustic island chain with maximum efficiency.

Tiny Islands echoes one of my favourite board games, locomotive map-maker Railroad Ink. But rather than penning train-tracks in Sharpie with your friends, you'll be drawing cards to map out a rustic island chain.

Each turn, you're presented with a choice of two landmarks and a region of the map to place them in. Every object has its quirks - churches need a congregation, so you'd better stick one next to those houses. Boats are isolationist sods who can't stand to be near each other, while mountains just love to chill out with forests.

You'll also lose points for putting waves in a forest or a house in the sea. Don't be daft. 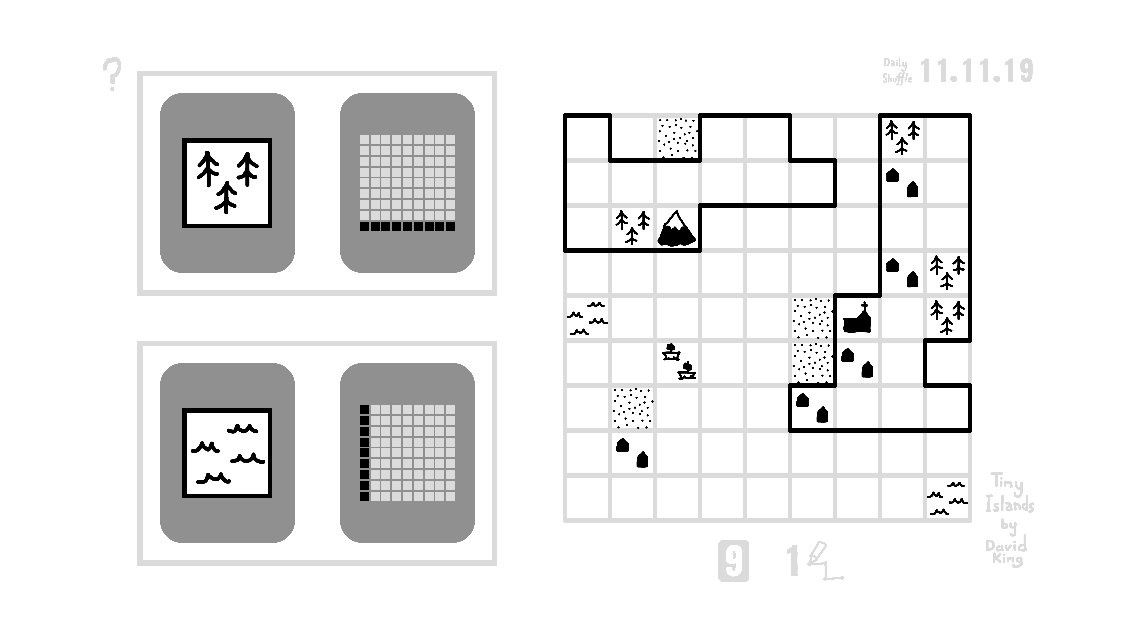 Three times a game, you're handed a pencil and asked to fill out a coastline for one of your islands. Until then, though, islands are delightfully fuzzy. The world isn't yet explored, and you're filling in the map by predicting and trying to account for where things might go. The game tallies a final score, but it's the blunders that fire up the imagination. Who built this lonely church in the sea, anyway?

Each day presents a new deck of cards to toy around with. Sure, you could easily game the system to get a high score each day - screenshotting every choice and using hard calculations to optimise the most efficient archipelago. Thankfully, I'm the forgetful sort. I'm happy to keep treating each attempt as a fresh start, a new opportunity to build a monochrome getaway.

Tiny Islands is free to play on Itch right now. I'd also highly recommend checking out #mytinyislands on Twitter for a lovely catalogue of make-believe islands.