Created by students at the NHTV Breda University of Applied Sciences in the Netherlands, To The Core is your free game du jour. A very slick-looking 3D platformer with procedurally generated levels and a focus on speedrunning. While not without issue, it's a solid reminder that the gap between amateur and professional in the games industry narrows with every passing year. The game is out now on Steam, and completely free.

Wunderkind Emily's mad scientist dad has been kidnapped by his own robot creations, so it's up the kid to strap on a massive powered gauntlet (it's so bad) and go rescue him. Looking and feeling a little bit like the earlier Ratchet & Clank games, you bound, air-dash and punch through procedurally generated chambers, blatting robots, occasionally buying power-ups and collecting random shiny gubbins. 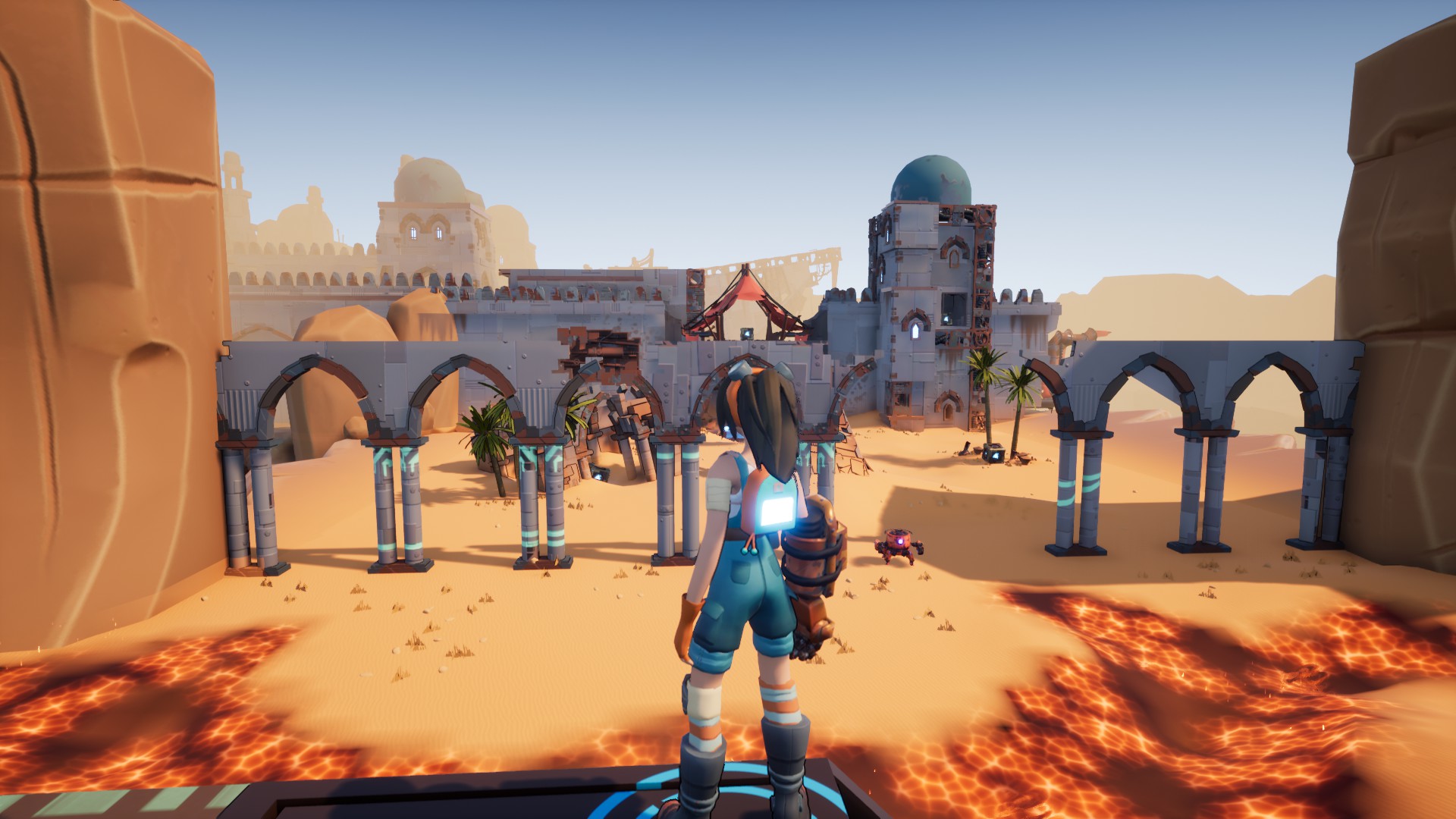 To The Core is a visual treat, but movement feels a bit slippery, especially when you're trying to punch robots. The melee combat animations don't flow as smoothly as they might. Also the semi-frequent narration from the protagonist's dad, while mildly amusing at first, doesn't quite land the delivery, but you can at least turn much of it off. That said, I do appreciate the idea that this isn't the first time he's been abducted by robots and dragged into another dimension. Super-science families have the best recurring problems.

While slightly flawed, To The Core feels professionally produced, and the lengthy credits suggests that its creation must have been a spectacular teambuilding exercise, and I'd love to know a little more about its development and where its team ended up afterwards. While the store page notes that there may not be updates due to most of the developers moving on to other projects or jobs, they did future-proof it a little with a weekly challenge mode with global leaderboards.

To The Core really highlights what a relatively inexperienced team can do with some education and a modern tool-set. And to think that I was once stunned by Nitronic Rush just 7 years ago. Just imagine what students will be making in 2028.

To The Core is out now on Steam and entirely free.