Creative Assembly today revealed Total War: Elysium, a free-to-play card battle game based on uh, history I guess? After announcing Elysium in August 2019, today they showed more in a trailer and announced it's coming to PC later this year. Total War: Elysium will have historical leaders and forces throw down, and it all looks quite Heartstone-y. Watch the trailer below and you'll see.

See? The thumping movements of attacks, the crumbling tokens, the cute battlegrounds, all that. But if the game's decent enough beneath all that, sure, that's fine. Familiar dressing eases people into the new, and it's not like Hearthstone didn't crib from some of the best.

Total War: Elysium will have singleplayer and multiplayer battling. It's only based on historical Total War games (no copyright, right?) so sadly we shan't see Marie Antoinette rip the beard clean off a Dwarven Slayer, nor Skavenslaves picking their teeth with Napoleon Bonaparte's bones. Though it is apparently set in a legendary city.

Creative Assembly say Elysium will start closed beta testing on pocket telephones this month, rolling out waves of players. If you're interested, you can sign up over here. And then, they say, the PC release will come "later this year."

Oh, and I'd wondered before if Bony was holding real Elysium cards in that picture. A new high-res version shows: yup! 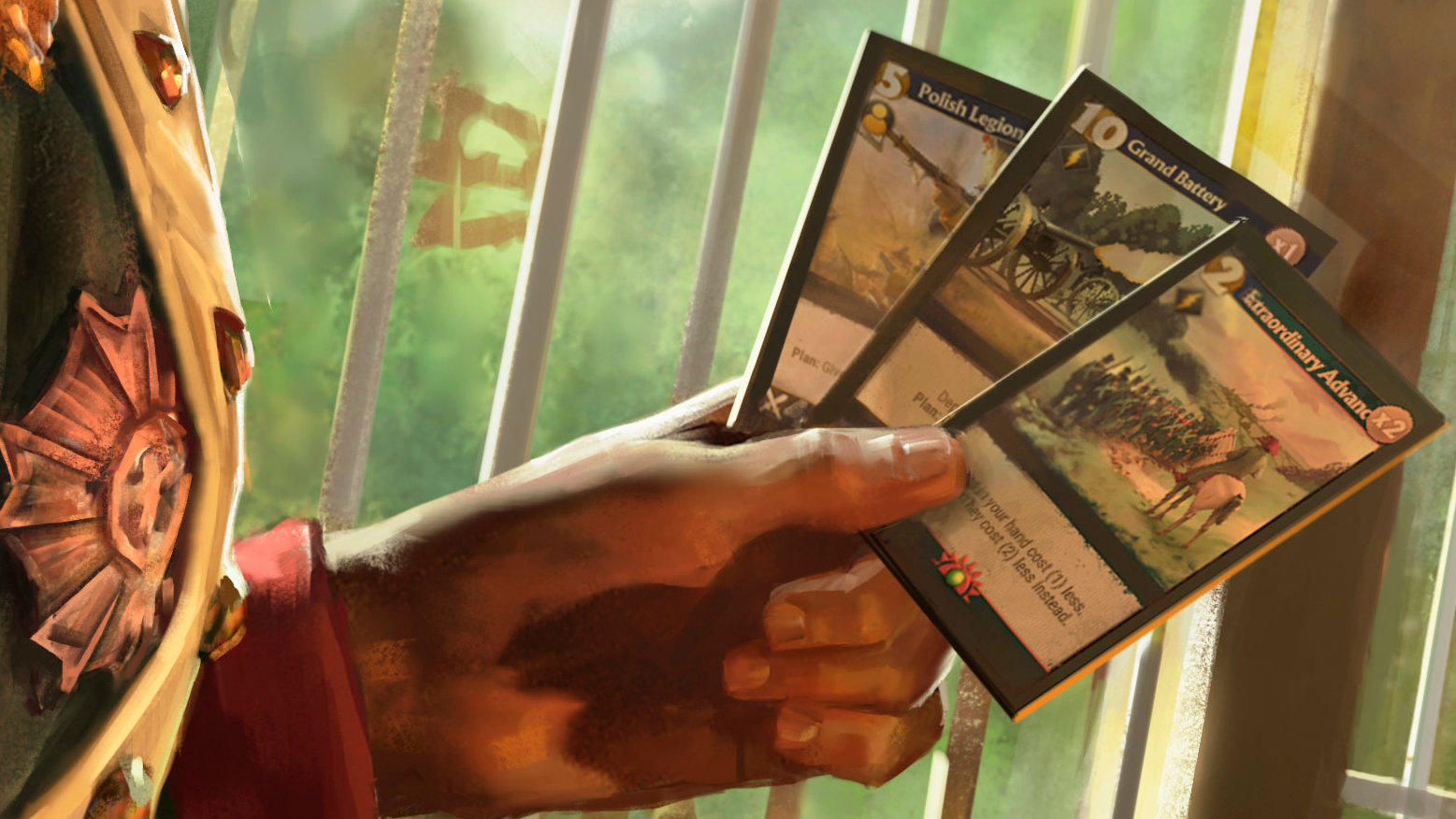