When Total War: Warhammer launched last year, it was a marked departure for the series - though not, perhaps, quite as dramatic as 2005’s Spartan: Total Warrior - and contained no dearth of experiments and new ideas. It was exciting to see all of those changes to the formula, but it wasn’t until the addition of key pieces of DLC, introducing new campaigns and mechanics, that it really came into its own. So with Total War: Warhammer 2 [official site] arriving today, you might be wondering if you should hold off. But you shouldn’t worry; this sequel is an entirely different animal.

Warhammer’s DLC changed the game in two important ways: it fleshed out and refined existing factions, and it introduced new ones that allowed Creative Assembly to double down on experimenting with how a Warhammer army might work and look within the framework of a Total War game.

The Wood Elves are a great example of what the studio is able to do with a bit more time. They are unlike any other Total War faction, built entirely around ranged attacks, guile and ambushes. More than any others, the Wood Elves use their environment to manipulate battles, and they’re blessed with several unique mechanics on the campaign map, encouraging new ways to play the game. 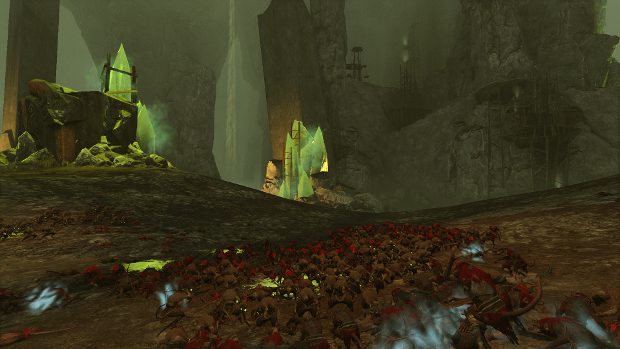 Even the frequently overlooked diplomacy was improved thanks to the tension created by the need for amber. Do you conquer a settlement, netting yourself some immediate amber that can then be spent on upgrading the tree at the heart of your realm, which is your main objective? Or do you make friends, working your way slowly towards the military alliances that also reward you with amber?

Arguably the most significant change was the inclusion of different starting areas and more lords. With them came new challenges, unique quests and new places to begin your conquest of the Old World. Play as the Dwarven Clan Angrund, for example, and you’ll be given a quest to reclaim your old home, and the longer you take to win it back, the harder the game gets. You’ll also be able to fight alongside your ancestors, spectral hero units with their own upgrade paths. 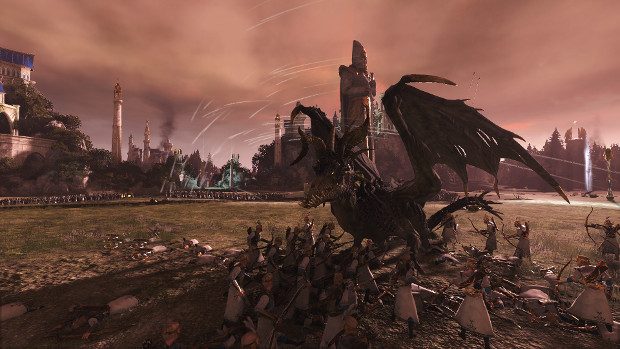 The DLC bumped Warhammer from good to great, so you might think it makes sense to wait until the sequel has similarly had time to stew. But the lessons learned by Creative Assembly while they worked on the DLC have already been applied to its sequel. With the foundations of the first game propping it up, Warhammer 2 builds on the experimentation of the previous game and its DLC.

Framing it around a dynamic, objective-based campaign really helps. Normally, Total Wars launch with a grand campaign, but in the case of so many of them, including Rome II, Shogun II and Warhammer, some of the best moments are tucked away in the smaller, DLC campaigns. Fighting over the giant Vortex at the heart of the High Elf kingdom feels like one of those campaigns rather than the vanilla grand campaign you might expect. It’s more nuanced and focused, but still has the huge scale and flexibility that Total War has always offered. 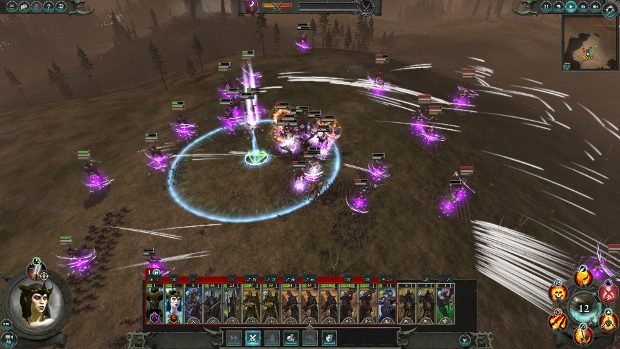 Where there are gaps, they’re gaps on the map; places where a random assortment of minor factions squabble over land. Later, they’ll likely be filled with playable DLC factions, but they’ll be bonuses, not necessities. I don't doubt, given the last game’s post-launch factions, that they may offer compelling reasons to return to the game, but it still feels complete without them.

The undead, Egyptian-themed Tomb Kings are a safe bet when it comes to new factions. Their region is already on the map, and they’re a core army from the tabletop game. But since Warhammer 2 feels balanced for a four-faction race to the Vortex, there are extra considerations required when it comes to slotting them, and any other army, into the game, lest the pace be ruined. And if you’re struggling with defending your vulnerable ritual sites from three factions, how is Creative Assembly going to make four or five just as manageable? There’s an argument to be made that a smaller roster is more appropriate in the Vortex campaign. 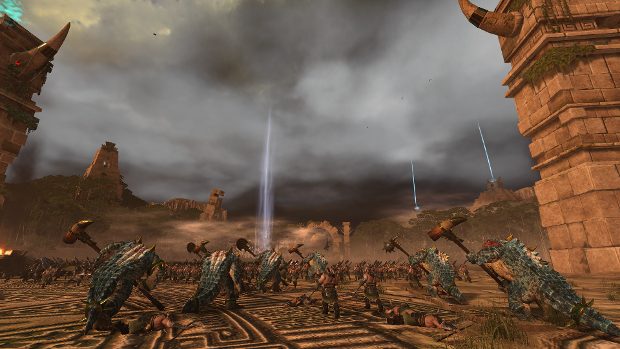 If there is a reason to delay jumping in, it’s Mortal Empires. I don’t think Warhammer 2 needs it to become great - it already is - but there’s no denying that fighting across the Old World and the New World with 117 factions is a compelling prospect, especially if you crave the freeform, domination gameplay that typically comes with a grand campaign. It’s important to note, however, that Mortal Empires will be free if you’ve got both Warhammers.

So should you get Total War: Warhammer 2 now? If the only things stopping you from taking the plunge are your concerns about it needing DLC to feel like a feature-complete game, then yes. Absolutely. Come join me in honouring the Horned Rat.