October is meant to be a spooky month, but it's been positively terrifying for free-to-play MMO studios - the latest victim is Trion Worlds, the team behind decent enough fantasy RPG Rift and the recently rebooted shoot n' looter Defiance 2050, among others. According to reports from Gamasutra and Polygon, the studio has been bought out by German mobile publisher Gamigo, and the layoffs are massive, hitting the majority of Trion's 200+ employees. A skeleton crew of around 25 are all that's left to maintain the studio's stable of games.

In what feels like the latest in a string of bad news from free-to-play studios (see the end of Dirty Bomb development, Dreadnought's studio making cuts, and Wildstar's developers closing down), this one feels especially bad considering the scale of Trion Worlds and the number of games they develop and publish. Posting under their regular forum handle "TrionBrasse", Rift's Director of Community Relations confirmed the news earlier today on Rift's official forums, providing an official statement from the studio.

"Greetings -- We can confirm that there has been a transaction involving Trion Worlds and its games.

While many of the names and faces you’ve come to know in our studios will remain on through this transition, others will not be making the journey. To those who are leaving us, we are forever grateful for your incredible work and contributions over the years.

We’d like to assure our communities that the games will continue on in capable hands moving forward, as everyone involved is aiming to make this transition as smooth as possible for you. We will have more information to reveal as soon as we possibly can.

From the bottom of all of our hearts, we thank you for your time and dedication to our games and hope that you've enjoyed the experience as much as we have. From spending time with you in game, to seeing you at conventions, to talking with you on livestreams and forums, it's been our pleasure to be a part of this exceptional community with you since our first launch more than seven years ago.
Please know that you have our deepest gratitude. As for our games, we hope you continue to enjoy playing them far into the future!

For the time being, at least, it seems like Trion's stable of games (including Rift, Defiance, ArcheAge, Trove and Atlas Reactor) aren't going anywhere, but it seems a reasonable assumption that further development of anything developed in-house has ceased. If there's one silver lining to this story, it's that Gamigo has ensured that the staff let go are receiving severance pay, at least according to sources Polygon have talked to at the studio. Trion ran two offices - one in Redwood City, California and one in Austin, Texas. Both have been affected, and only a few people remain. 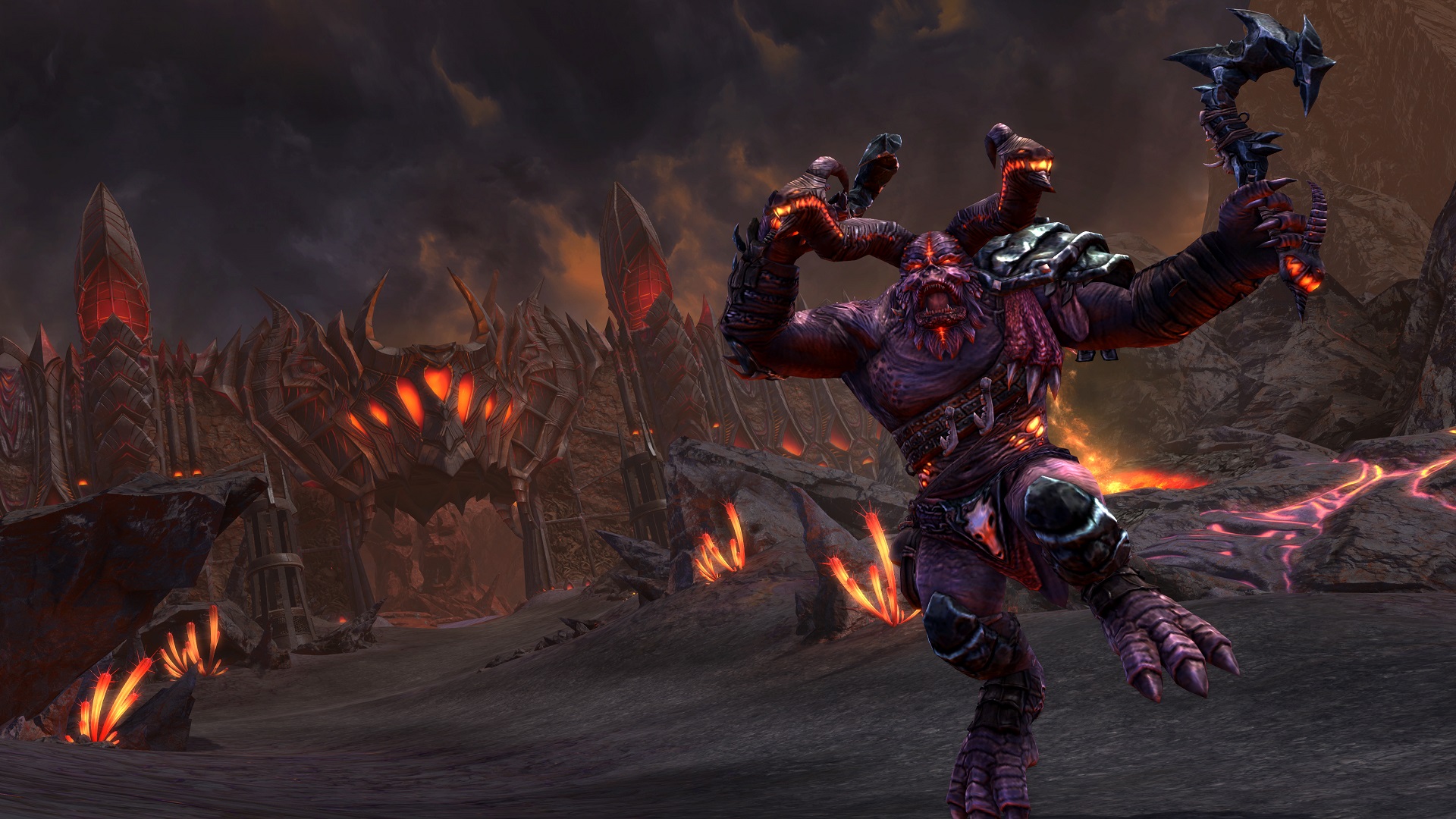 Trion has had a rocky few years. Neither the original release of Defiance nor Rift's Storm Legion expansion sold as well as hoped, and the studio was making major cuts as far back as 2013. The re-launch of Defiance (a threadbare upgrade with minimal new content) as Defiance 2050 was also followed by another round of layoffs in July, as reported by Venturebeat, although only 15 people were let go then. A sign of what was coming, perhaps. Either way, it's good to hear that severance is being paid, giving the people a better chance to land on their feet. Best of luck, Trion folks.