If you click on a link and make a purchase we may receive a small commission. Read our editorial policy.
Developer: Dontnod Entertainment
Publisher: Bandai Namco

Release: 2019
On: Windows
From: I see everything, every detail, every combination, every possible outcome
For: My name is Samuel Higgs, and this is my mind

Picture the scene if you yourself were Sam, the protagonist of Dontnod's new IP Twin Mirror. You wake up, hungover, in a cheap hotel room. You’re still in the jeans you wore the night before. Your mouth probably tastes like a tiny glue factory. A hotel staffer is hammering on the door because you’ve missed check out. Suddenly you realise: you’re not wearing a shirt!

You get up and head towards the bathroom, when a kind of private school barbershop quartet car salesman version of yourself stops you, and tells you not to go in there. This is of course normal for you, who are evidently some kind of supergenius who'd probably be the star of a CBS police procedural show, so you just remind the other you that he isn’t real.

In the bathroom you find your shirt but, oh damn, it’s covered in blood! There’s blood in the sink too. Blood!? Blood. Crimson, copper-smelling blood. Blood. Blood. Blood. This is alarming, especially in your fragile state. You’ve got to figure out what happened when you came back to your room last night, so what do you do? That’s right. You go into your goddamned mind palace, that’s what you do. [Smash cut to the opening bars of a song by The Who] 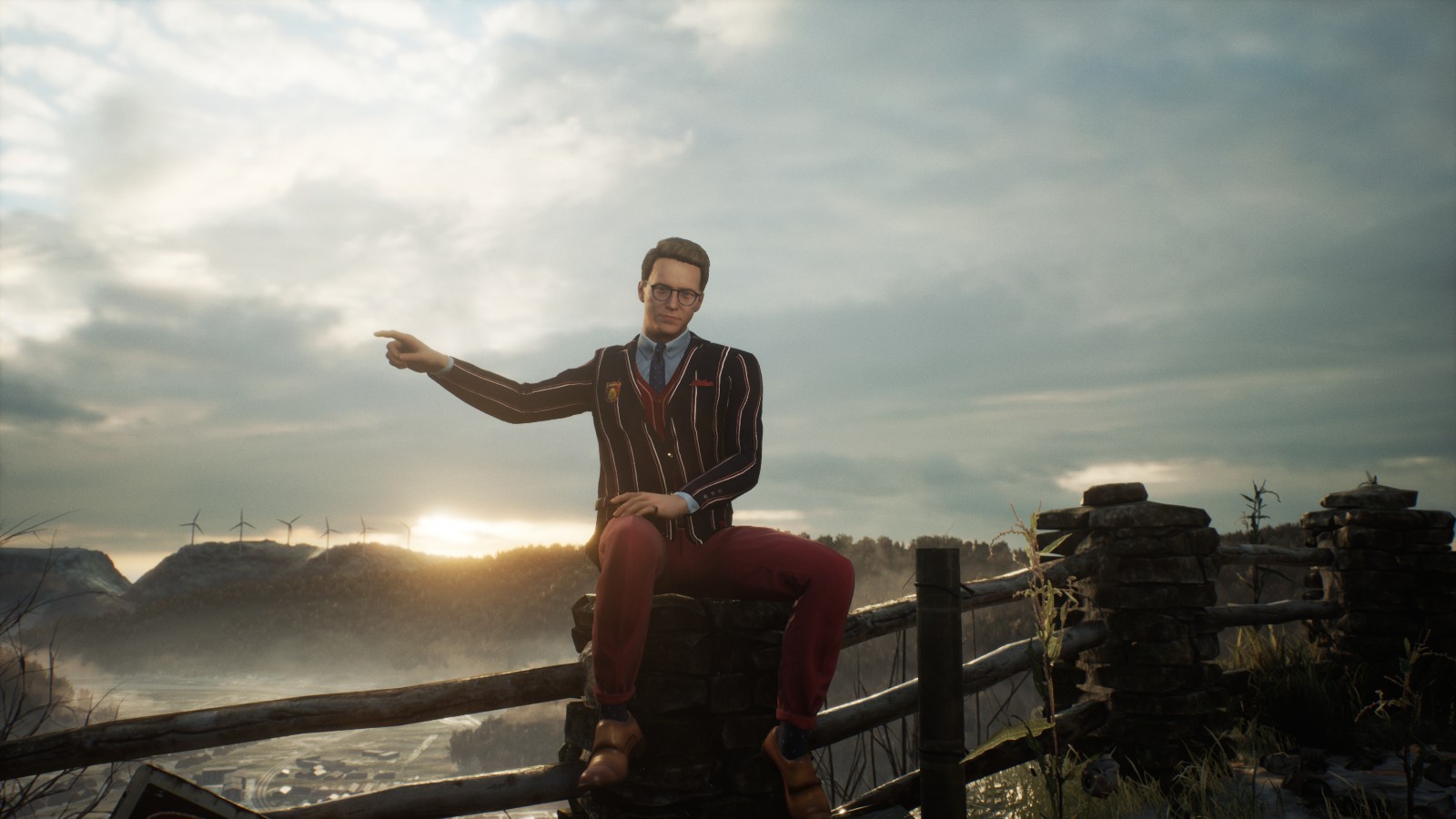 That’s what anyone would do, right? That’s how everyone remembers stuff, right? Right? You haven’t used your mind palace for a while, so it’s in a bit of disrepair, but pretty soon you’re able to construct a version of the hotel room in your head, which you need to do even though you are standing in the hotel room in real life. Then you can logically work through all the different things you could have done. You first assume that you came in and immediately passed out, but using your superior smarty pants logic you realise that can’t be true. “If I fell asleep right away,” you reason, “I would still be wearing my shirt!”

Here begins a lengthy process of switching out of the fake mind palace room and into the real life room (that you’re still actually standing in, remember) to notice things in it, thus making them appear in the mind palace version for you to interact with again. Confused? No you’re not! You’re the king of the inside of your head! A TV remote! Maybe you watched TV! A toilet! Maybe you yakked up! Aha, you threw your phone at the wall. Interesting. And here’s your trusty bag, containing not one, but two non-specific handheld gaming devices. Ha, you’re a cool gaming nerd, and you’re super smart and logical. 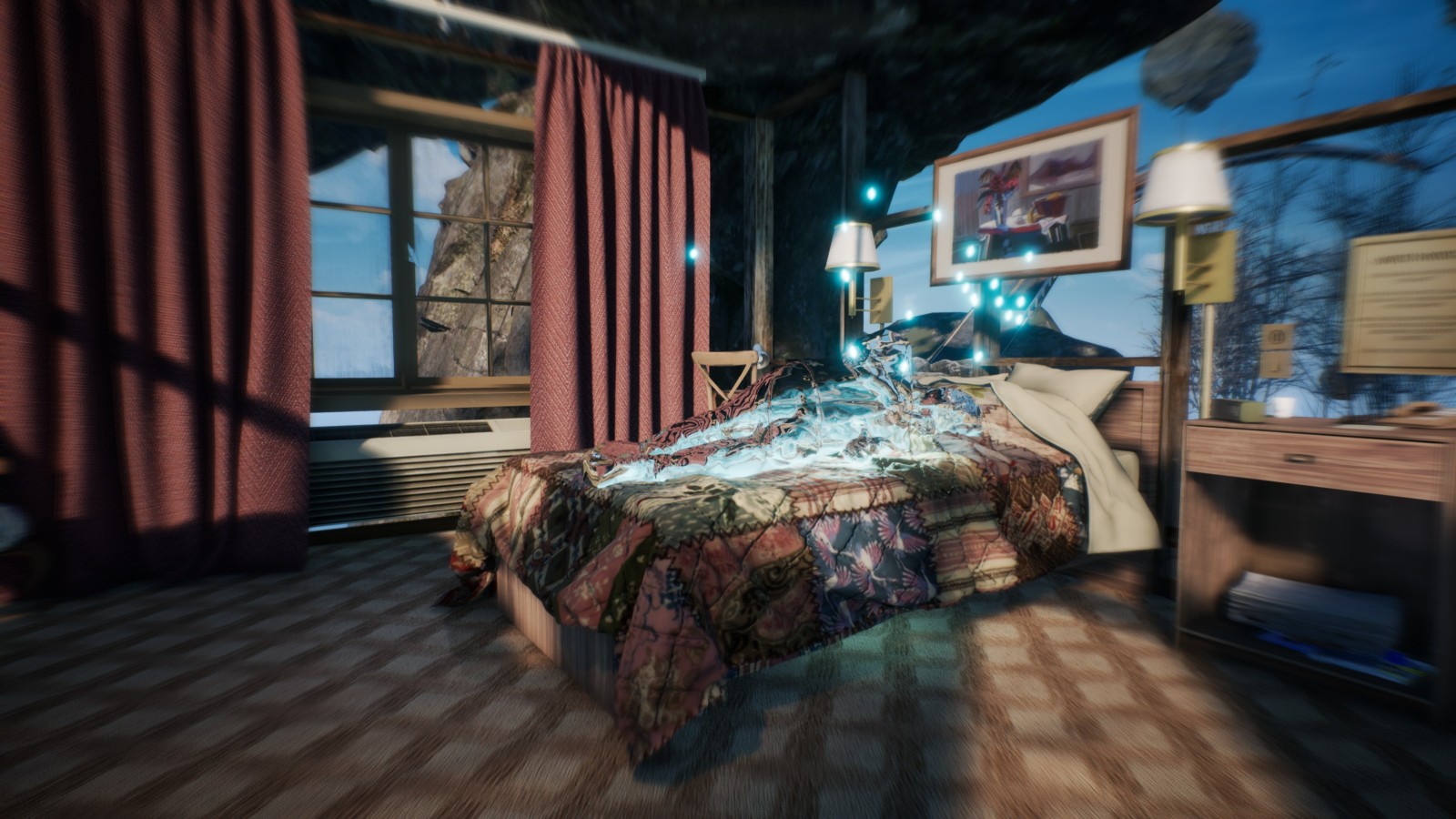 Eventually you realise that the bloody sink and shirt in the bathroom, that so alarmed you when you first saw them, may in fact be the crucial missing piece in the puzzle of What I Did With My Shirt. Finally you remember! You took your shirt off because it was covered in blood and you tried to clean it! Mystery solved! Perhaps the whole mind palace deal was overkill for this one.

Yup, for you it’s not just the most obnoxious bit of the BBC’s Sherlock TV show (which you may be aware is a competitive category). For you it’s your life. Or, to put it another way, you do the least fun bits of any of the Arkham games (which you know about because, remember, you’re a cool nerd), reconstructing ghosts of what may or may not have happened until you find the right order of events.

Now to be fair, it’s tough to make yourself look cool given only 15 minutes at a busy preview event; if pressed you probably would go with an easy bit that’s simple to grasp (a tutorial, if you will). Presumably, or at least hopefully, in your life you also tackle problems that require more thought and puzzling out than “does the fact my shirt is bloody have any bearing on my taking it off?” Because if you used that problem alone as a demonstration, it would make you look a bit silly. Although probably hilarious to have a few drinks with.