From the little I've played so far, Type Dreams might be the coolest typing tutor edutainment game ever, and yes, I have played the original Typing Of The Dead. Made by Cart Life developer and IGF award-winner Richard Hofmeier and out now, it's about the history of typing, and the people that typed the fastest. It also has a devil-may-care attitude, an anarchic and occasionally glitchy art style (with an epilepsy-friendly option) and a great soundtrack. There's even an unlockable collection of smut to practice on - the ultimate challenge for a cool-headed typist.

Played entirely with the keyboard, with menus controlled with the space bar, return, tab and escape keys, the initial bulk of Type Dreams is a wide variety of typing exercises. Some of it is literary quotations, some of it is brand new material written for the game, and much of it is thematically clever and often funny. Some challenges are accompanied by bespoke background art that changes as you continue through a piece, and others with unique pieces of music. Like an antique typewriter, what it lacks in user-friendliness and and gloss it makes up for in character and style.

While there's still more to come as free updates, the toughest part of the game right now is the typing challenges. Set across several eras and with multiple characters to challenge, you'll also have to deal with the quirks of the typing hardware from that age. In earlier times, you don't have the luxury of a backspace key, and need to wrap up each line by running your finger across the entire F-key row, simulating you sliding the cylinder back. It's something I've never seen a game attempt to simulate before. Every typewriter and keyboard makes its own sounds, too.

While available now and bursting with prose, music and art already, Hofmeier says it's still under development. The next planned feature is a roguelike story mode set in the year 1892, with you hopping from contest to contest, meeting new folks along the way. Apparently there's "a mountain of new writing music and content stacked up for the next release", but he wants to do a little more internal testing. I've had the game crash on me a couple times when trying to zip through menus, so there may still be a few more kinks to work out, but I'm excited for that new mode. 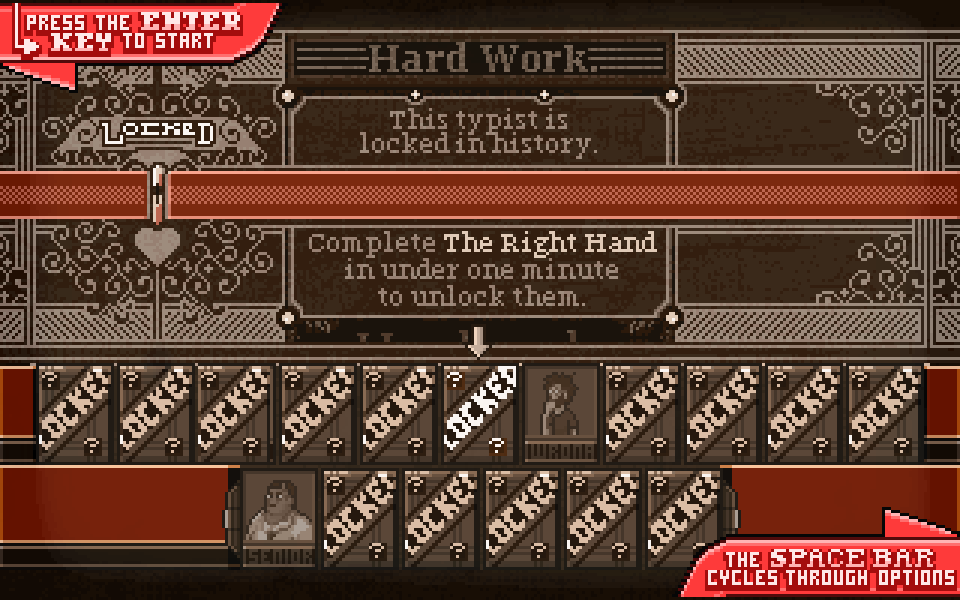 Type Dreams is out now on Itch for $5. All future content updates are included in the price.