Revolution! Rise up, comrades, and join me, your mighty new host of Unknown Pleasures! No more shall we labour in the asset flip mines. Our days of languishing in the fields of the Plunkbat clone are over. Never again shall we line the trenches of pages 1 through 7 of the new releases list. Well, I will, obviously.

The first question for the new regime: What are the best new games on Steam that you may have missed over the winter holidays? 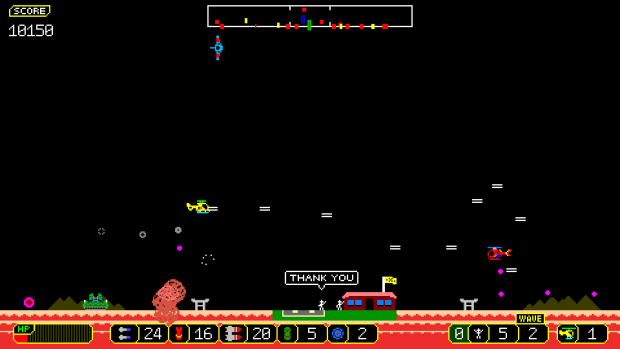 A twin-stick shooter that, unusually, feels and plays like the retro games it's based on, but without all the clunky bits that even the best of them mysteriously acquired in the last few decades. Somewhere between Defender and Choplifter lies your attack helicopter, flitting about to blast down hostile jets, choppers, tanks, and charmingly tiny soldiers. When the coast is reasonably clear, it's time to land so your own small human friends can jump aboard for you to drop back at base - but be careful, as if too many of them fall to enemy fire, you're out. Blow up all the targets and/or rescue enough dudes and you move along a level in the campaign, or the next wave of the arcade mode.

It's fast, energetic, and challenging without ever feeling overwhelming, with endlessly satisfying sounds and a simple but fun arsenal of weapons. A controller is noticeably better, but not necessary.

Golden Hornet even has a retro financial model, as it's available for free, but also listed as donationware, should you wish to help developer Hijong Park along. Lovely stuff, and solid proof of something argumentative about old games that I've forgotten midway through a sentence because I too am old.

Billing itself as an FPS from a parallel dimension where the genre took a different course to ours, this one is selling itself a tad short. Bear with me for a sentence or two, because I promise it gets better. Revulsion is a retro-ish roguelike/lite/lykke FPS with blocky Minecraft-style zombies, and crafting. Frankly, I was quite willing to dislike it on principle, but while on paper it's just a collection of fads, in fact it's well on its way to being something special.

A rough start sees you facing down a few clutches of zombies (each of which can do you in quite quickly) with a terrible gun, bizarrely slow bullets, and a knife approximately 3mm long. With one foot in survival horror, another in levelled crafting RPGs, and a troubling mutant third in Doom/Quake style retro shooting, it's difficult to know quite how you should behave in a fight. But this soon passes, leaving behind a skillfully balanced game in tune with both the crafty-collecty zeitgeist and the naked monster-blasting fun of the early 90s.

Where it needs a bit of work is in its Dark Souls-ish treatment of death. The massive "YOU DIED" screen is unskippable (it's only a few seconds, but at the exact moment when you're most likely to be furious, seconds become hours), and forces you to retrieve inventory from your last corpse. Combined with occasional jumping puzzles, instant-kill drops, and a measly single save slot that's inaccessible outside rare safety zones, this could render irritating an otherwise excellent time. It just doesn't match the tone.

There's probably a way to segue into this, but to hell with it: Purrfect Date is a visual novel / dating sim about romancing cats. Naturally, Hatoful Boyfriend comes to mind, but this is no cheap knock-off; it's one of the most charmingly silly games I can think of.

The artwork is bright and colourful too, and a sorely needed change from the acres of godawful anime tity trash that litters the genre's shores. What could have been generic dating sim garbage with a gimmick is instead one where a cackling Cat Devil materialises to yell at you for being stubborn, and a drunken jibe causes the player character to awkwardly confess that they've only ever loved David Bowie. Personality, see? You see, 99% of dating sims? YOU SEE? 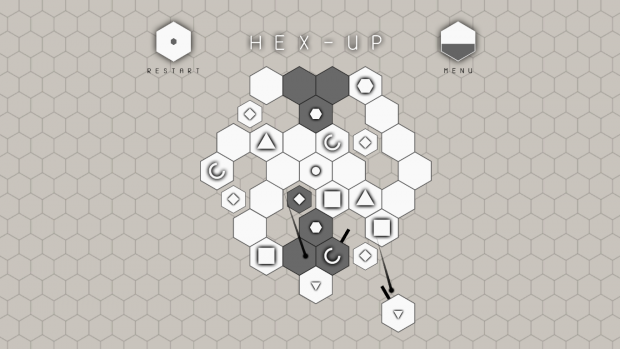 Honestly, I wasn't even planning this, it's not my genre. Minimalist Puzzle Games are possibly a core function of the universe. This time it's Hex-Up, a gentle affair about Ichabod Q Circleton, sworn avenger of the Roundlings and enemy of the Perpendiculon Emp... oh, fine. You're a circle inside a shape made of hexagons. Clicking on an adjacent hex moves you there, and turns your previous hex grey, barring re-entry. Turning all the hexes grey solves the level, so the idea is to find a path that takes you across each hex precisely once.

Every few levels present a fresh hex with a new type of symbol which, when entered, causes another hex to move, or flip its colours, or become inaccessible, and so on. Later levels can look a tad daunting as a result, but Hex-Up does a solid job of introducing each without labouring the point, and its soothing soundtrack and animations keep frustration to a minimum. Restarts are instantaneous, there's no mocking or judging you for messing up, and you can brute force it through trial and error or random clicking if you're feeling lost. Competent, that's the word.

If you're into the old model trains, there's a fair chance you already know that Train Frontier Classic is a port of 2011's Train Frontier Express on the XBOX 360. It's a sandbox model train building game, and despite having precisely no interest in trains or models I couldn't help but get caught up in it.

Unlike your average sim or even traditional builders, there's practically no learning curve or difficulty. It's a pure sandbox where you plonk down tracks, stations, buildings and scenery. That's it. If you're looking for a challenging campaign or some management, this has none. It's just quiet, merry arranging of mountain tunnels, roads, and tiny people (though sadly no burned out car with a determined John Candy and Steve Martin). At any moment you can customise a train and have it pootle about on your tracks. You can also drive about in a car or on foot, or perch in the train-piloting cube yourself and admire your work as it rolls by.

It does exactly what it sets out to do, and as an early access title I'm hoping there's still time to change the menus - items are laid out in one fiddly, long scrollbar, and roads aren't half as co-operative as tracks, leading to noticeable clipping issues. Ideally, it'd be great to see this reach the kind of detail and extremely modular decoration seen in Planet Coaster, or the cosmetic modding scene of the Sims, but how many sticks does it take to reach the moon?

Pick of the week is glorious revolution, and Purrfect Date. 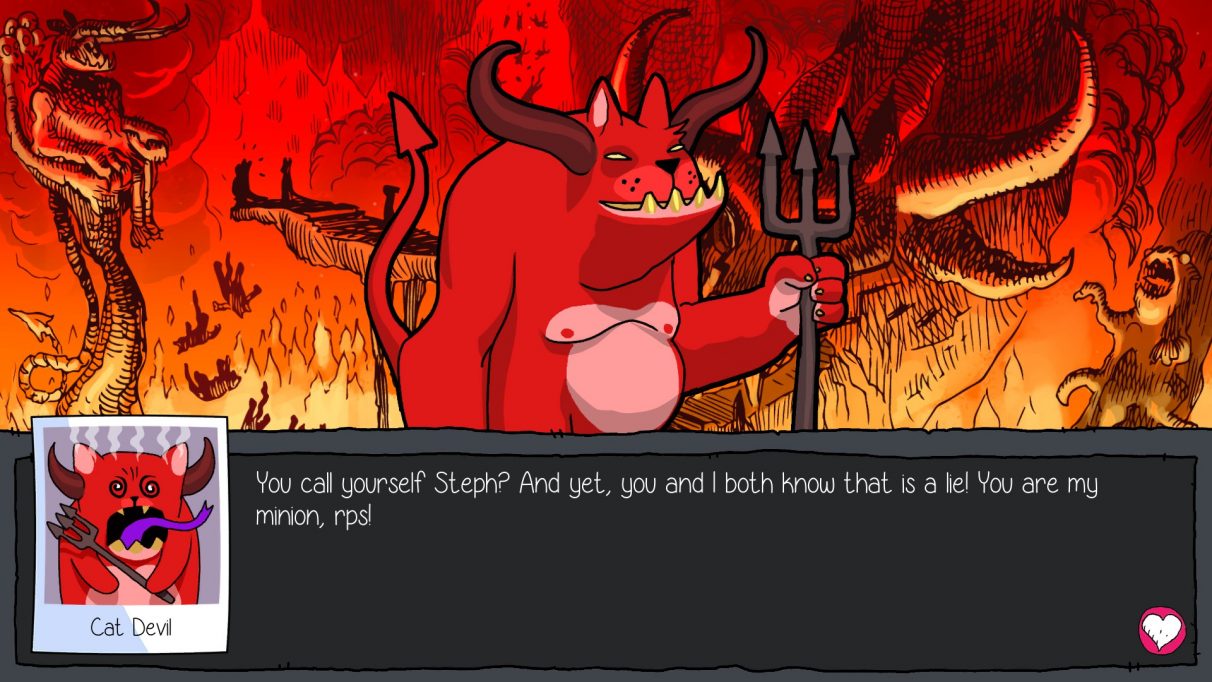 I was in two minds as I suspect Revulsion will take off with a bigger and broader audience, but even if it winds up just a critical darling, Purrfect Date made me smile non-stop. All other games are hereby banned. And we're changing the anthem to one about agricultural exports. And apples are now the property of the Regime. FOR FREEDOM.