The grim prospect of shopping for PC components looms over my August like a looming, grim prospect. God I love writing.

You might be surprised how demanding indie games can be on a slightly creaky video card, and not always because of ongoing optimisation. Although admittedly it's more likely the searing heat rather than some bad code that baked my video card and almost the PSU too. Bah. That said, today's Unknown Pleasures coincidentally has a rather low-fi theme, so let's take a moment to thank the gods of the PC for putting an end to the hardware wars.

It's just occurred to me that the wee people in this could, in fact, be colonising the galaxy in the name of polyamory, but if so they're very quiet about it. Poly Universe is a low-stress (insofar as I could tell) strategy/building game about populating planets with the survivors and descendants of a crashed spaceship. Said planets are tiny - not just small for a planet but almost small enough to be rented out as "affordable" flats in London. Your people can be seen from space small. Discernible wit of Richard Madeley small. Small.

So naturally planets fill up fairly quickly as your people reproduce, and if you've handled things right, they'll have the tools to spread to other micro-planets. This is all done by planting crops and trees, building mines and houses and schools and all the basics you'd expect. You also get periodic (and optional) attacks from angry sporcs, and barren winters that test your food reserves.

Fittingly, the strategic and building elements are rather pared down, and over the long term it might be short on things to do - we'll see how that pans out as development continues of course. But it's already very pleasant and colourful without being sickly sweet or toothless, and has basically none of the daunting learning curve of your average game in either genre.

It's been a long while since I enjoyed a sport game (discounting Football, Tactics & Glory), but goodness this is fun. Super Volley Blast is a very simple volleyball game in which you volley all the balls better than the other ballvolleyers. Everything is very simple but it works so damn well already it's hard to stop playing. You move about the (court?), pass, lob, shoot, and jump, and it's really hard to convey how enjoyable and satisfying it makes those simple options.

A lot of the game is in anticipating your opponents, in particular blocking or even counter-slamming their aggressive shots, and it can get really quite heated as the AI can be very skilled, but never appears to cheat. The character art is great (but please, for the love of god, game devs, stop putting that bloviating orange cretin in your games. It's not cute or funny and it'll age your game so, so badly) and while the music loops are a bit short, the animation and sound effects give a really satisfying degree of feedback.

My AI pal seemed to have a bit of personality, settling into a playmaking role while I loitered aggressively at the net. She both came through and screwed up a little too, just enough to feel right. I'd love to see some more noticeable playing styles and habits among the different characters, but there's loads of fun to be had here already.

You're a ninja, and all your co-ninjas have been killed by a treacherous shogun. Which sounds a bit backwards, but whatever, the point is, now you must stab everyone up. Despite being 2D, budget, and not even giving you or your opponents a body, Shadowlings is the best swordfighting game I've played for years. Left clicking slashes, right clicks block. Pressing E does a quick dagger stab that's more effective if you've exchanged lots of blows recently. Killing grants souls, which aren't currency but power special powers, and money and XP let you train up more skills and powers, or buy shuriken and health bottles.

But at its core, 95% of it is simple slashing/parrying/moving. It's so pure. Every fight feels like a personal duel, each type of opponent can be countered but never dismissed - close on an archer and his arrows will cease, but he'll whip out a shortsword without hesitation. Even against a generic ronin you could be frantically fighting up and down a corridor like in a film before you even realise it, just as a byproduct of trying to outmaneouvre each other.

A small nitpick: although there's a great quicksave system, progress doesn't save if you exit out of a level, and they can be a bit long for that.

Did John ever do that list of top ten lowercase nice games he threatened a while back? I am asking for a friend and that friend is Camp W, the triumphant winner of Interactive Fiction of the Week.

You're a witch, 'arry, and your mum, while not abusive, is kind of a dick, pushing you too hard and never letting you just enjoy your summer. You inadvertantly fall through a portal (it's actually well set up in context, but roll with me, we're on a word count) to the human world and decide to spend the summer there, at summer camp, instead.

It is delightful. While fiction about nice people being nice can be cloying and weak, and many great works counter this with a vein of cynicism or darkness, Camp W instead just dials back the sweetness a bit. It's not deeply moving (so far) nor underpinned by sorrow or poignancy. It doesn't reach for the heady heights of Psychonauts or Adventure time. It's just gently funny, clever, and a tiiiiny bit sad. You're really just there to enjoy yourself, chatting to and having kiddy non-adventures with the other campers and staff. There might be a game about maxing out relationships in there. I honestly wouldn't know, as I was just having a good time listening to ghost stories and innocently sneaking out of dorms and chumming up to the chef.

It's a refreshing change to be playing a visual novel about building relationships with NPCs ad hoc, rather than with an end goal of unlocking stuff and/or boffing some sort of catgirl. And the art, my word, the art is so excellent. The stills alone would mark it above most of its peers, but there are little animated touches like campfires, butterflies and leaves, and many different mood shots of your own character. Even the music unobtrusively complements each scene.

So let's nitpick: Some of the jokes feel televisual, like they're okay as is, but would really come to life with the comic timing and delivery of a cartoon rather than as text. Someone commission that writer, yeah?

Retro shooters are not uncommon. Zone of Lacryma has done a great job of feeling new though, and while I'm tempted to say the plot is unnecessary, I think it might actually be the key to why it feels right. You're a fledgling space pilot for an obviously evil totalitarian... space station? Knights-of-Sidonia-type colony (except with fewer mechs, inexplicably smitten with a dullard teenagers, or talking alien penises)? Holoship? No idea. But it's fine. You're tasked with shooting stuff in vertically-scrolling levels full of asteroids and turrets and giant rock formations and buildings that must be dodged or shot as needed. It's really quite tricky, in a way that'd likely appeal to perfectionists.

You get a shield and smart bomb, both of which must be charged by using your turbo, and take from the same meter your guns do. Speeding past enemies means missing out on some xp, so this all leads to an interesting set of conflicts about how exactly you should approach a level. Levelling up lets you upgrade your ship to improve firepower or charge efficiency, though the effects are fairly modest. It's simple at heart and all the better for it, a point emphasised by the very succinct narrative and basic palette.

I'm not very good at it. Don't tell anyone.

Pick of the week: I feel slightly bad for not picking Camp W, as it's clearly the product of a lot of talent. But Shadowlings has run away with it this week. 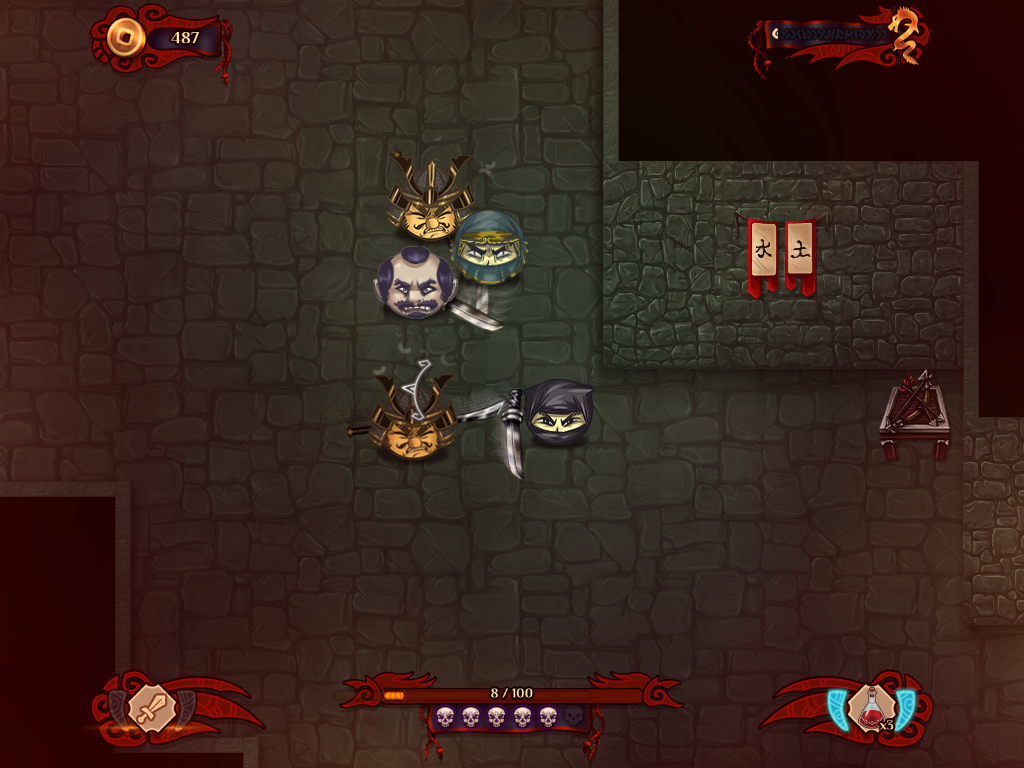 Although we see lots of great games here in the Pleasuredome, it's not often that I find myself saying aloud "This is brilliant!" while playing one. Shadowlings is ridiculously playable, and the raw satisfaction it offers is near irresistible even on replaying earlier levels.

Now, if you'll excuse me, my PC and I are off to sit in a shallow pool of ice all night.