Everyone's just fumbling their keyboards today, posting tweets and store updates they're not meant to. Earlier this evening, the Steam product page for Valve's upcoming VR headset, the Index, went up early and was screen-capped by "Wario64" on Twitter. While unfinished and patchy still (even containing some Lorem Ipsum), the store page did have one interesting detail: A June 2019 release date. After being contacted by The Verge, Valve's Doug Lombardi confirmed that the page was authentic, and that the official unveiling happens on May 1st, with the headset going up for pre-order the same day.

There's nothing too stunning or revelatory about this leak, beyond the fact that Valve confirmed the story within the day. Specifically, Lombardi told The Verge that "The tech info on that page, while not comprehensive, is accurate", and that while June isn't set in stone, it is what they're targeting. We do know that Valve's "Knuckles" controllers (unlike Oculus, they don't chuckle) will be part of the package and are now boringly called Valve Index Controllers. The headset supports DisplayPort 1.2 and USB 3.0 inputs, and comes with two 'face gaskets', narrow and wide, so that it can fit around your bonce, no matter how round it may be. 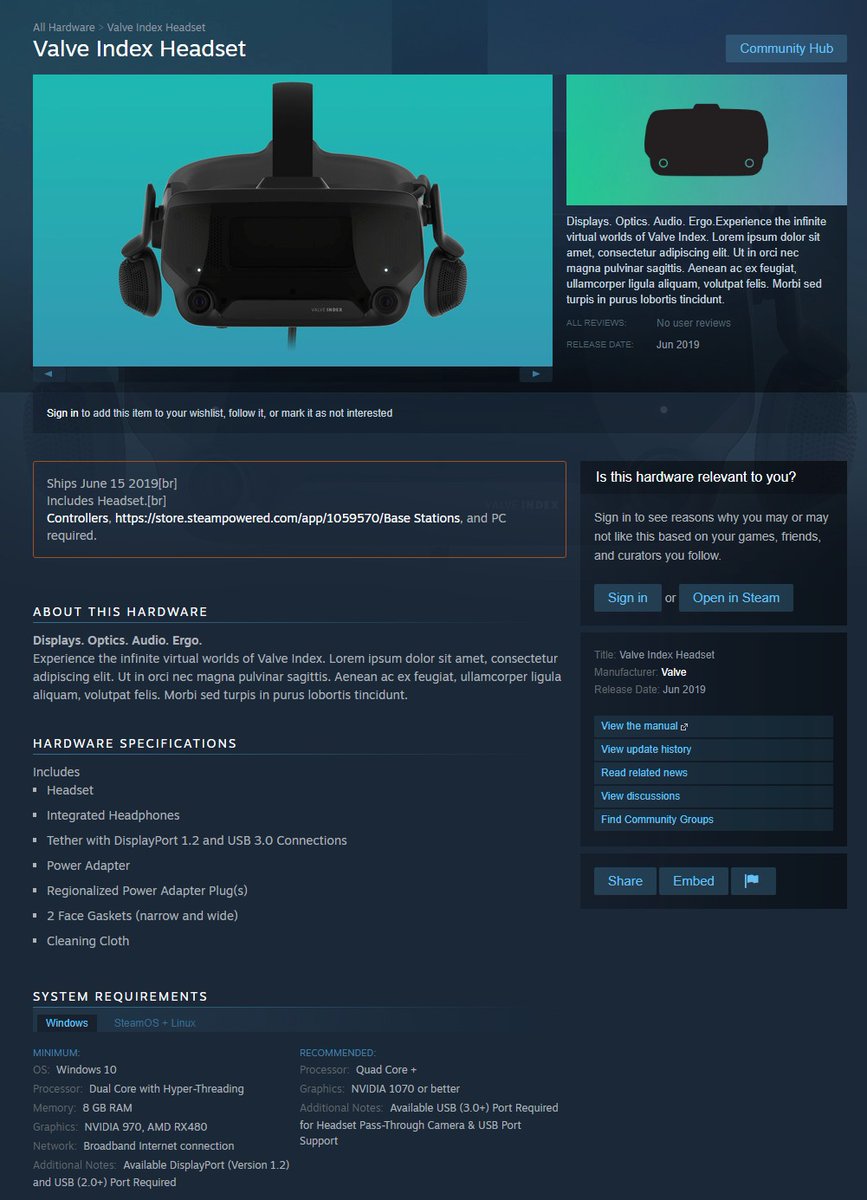 While not a monster like those new RTX-based systems, my laptop is beefy enough to drive a VR headset. So long as the RPS crew give it a thumbs up and the price isn't too absurd, this may be my first set of future-goggles. The recommended GPU for the Index just happens to be a GTX 1070 with at least a quad core CPU, which is what I have. Not unusual hardware these days, but it was a prohibitively expensive system spec in the early days of virtual reality. Just in time for No Man's Sky's big free VR update, then.

While there's no specific date or price yet, pre-orders for the Index headset and controllers will be live on May 1st, and Valve are targeting a June release.