The official store page for the Valve Index is live now, featuring tech specs on the new VR headgear and controller combo, a June 28th launch date and a price-tag. If you've got no other VR equipment and this is your first set of space-goggles, it'll set you back a cool £919/€1079/$999. The full kit includes two tracking base-stations, the headset itself and a pair of their next-gen finger-tracking controllers, formerly known as Knuckles. There are cheaper options for people who already own HTC Vive or Vive Pro hardware, as the base stations and controllers are cross-compatible.

The headset itself, while not a massive leap in tech, appears to be roughly on par with the Vive Pro. Twin 1440 x 1600 RGB LCD screens, and Valve say they've greatly reduced (although haven't quite beaten) the "screen door" effect. These screens run at 120hz natively, but can also scale down to 90hz for compatibility, or even up to an "experimental" 144hz. It has integrated off-ear headphones, intended to reduce pressure on the noggin and hopefully be less hot and sweaty after extended use. It also has a pair of front-facing cameras, allowing full stereo pass-through vision. 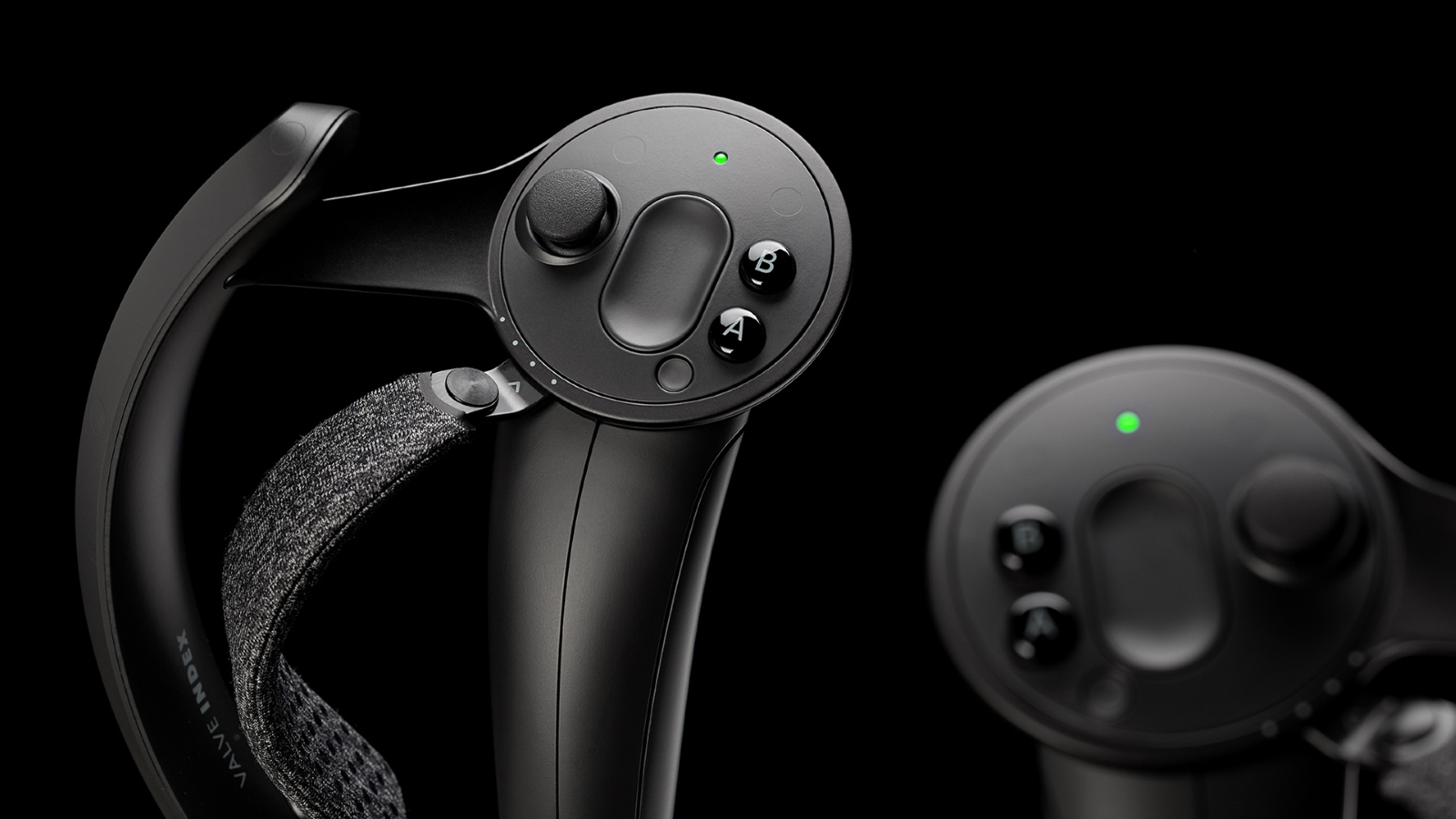 The most important part of the package is the controllers, which seem like a major step forward. Strapped to your palms (and thus hard to drop or throw accidentally), they track finger positions and pressure, as well as offering more traditional trackpads, analogue sticks and buttons. The finger tracking alone has the potential to change how VR interaction feels. Before, whether an object was grabbed or not was a binary on/off process handled by a virtual hand. I'm interested to see how people react to being able to gently pick up items between thumb and forefinger.

Valve say that "all VR titles" will work with the Index Controllers using standard controls, but also provided a list of games that will be releasing updates specifically for the new gear. That includes Vacation Simulator, Arizona Sunshine, Audioshield, Gorn and Accounting+, and some upcoming games like Boneworks (below) and No Man's Sky VR. You can see the full list here. The headset should also be the first on the market with universal compatibility. They claim that "HTC Vive, HTC Vive Pro, Oculus Rift, or Windows Mixed Reality headsets will work with the Valve Index".

It seems like impressive hardware, with broad compatibility. My only concern is that their talk of improving field-of-view through moving the optics closer to the eyes is that my glasses may get in the way. While I could try switching to contact lenses, I'd rather avoid that, and both PSVR and Vive headsets have allowed me to keep my eyewear on without too much hassle. I admit that I am interested in this, and it might well be my first piece of VR equipment. But I'll probably wait until reviews and opinions are in, perhaps a hardware revision or two, and ideally a discount.